I’m sure a unanimous cry of victory overtook the land when Washington state and Colorado became the first states in the Union to legalize marijuana. And with the inclusion of four more states to the flying-high list, I’m sure people all over the country feel pretty confident about smoking or vaping their botanicals wherever and whenever they want.

Only, you should remember that marijuana is still considered a Schedule 1 narcotic, on par with heroin, by the federal government. And that in a majority of other states, recreational marijuana smoking is still prohibited.

I’m not sure what the exact inspiration was behind V2’s decision to release a 2-in-1 dry herb and wax vaporizer named Prohibited In the 5th Degree (P5D), but it perhaps had something to do with the fact that Mary Jane is still unwelcome in large parts of the country.

There was perhaps another shout-out to the tokers in the fact that the P5D does not vape on-the-right-side-of-the-law e-liquid; the P5D is strictly for the gardening enthusiasts out there. But you would be hard-pressed to see a difference from the outside since the P5D does resemble the V2 Pro Series 3 that vaped all three vaping materials.

And like the Pro Series models, the P5D features interchangeable cartridges for your different materials, three separate heating levels, and a simple, single-button interface. There are also dab and bubbler attachments that you can use with the P5D, which is something that other V2 Pro Series models did not feature.

Here’s what you’ll receive in your Prohibited in the 5th Degree kit:

Well, having reviewed several of the V2 Pro Series models in the past, the P5D doesn’t come as a surprise. It has that clean, hard metallic finish to it with the twistable mouthpiece and the loading canister that is attached with a magnet to the internal battery.

There is one center button on the body, with three descending lights underneath it that have various functions. The indicator lights can either all light up or light up individually depending on whether you are waiting for the device to heat up or changing your temperature and voltage settings.

The other LED indicator light, which also borrows from the Pro Series, is the bottom light ring that lets you know when the device is ready to vape and is also your battery level indicator. The device feels weighty, but not to a bothersome degree.

The P5D was intended to be used as an on-the-go device, and it achieves that status mostly because of its ability to swap out your cartridges with minimal fuss. The atomizer for dry herbs, which is marked with a leaf logo on its center, features a stainless steel heating chamber, with a conduction heating oven used to vape your herbs.

The concentrates cartridge, which features a honeycomb insignia, has two quartz coils wrapped in titanium that are perfect for super-fast heating of waxes and concentrates.

Physically speaking, there is no real distinction between the P5D and the Pro Series models, save for the different color schemes (the P5D comes in four different colors) and the “Prohibited” logo marked along the battery’s edge.

The materials all feel familiar – steel for the body and heating chambers, plastic molding for the mouthpiece – and the presence of the one button, and the LED lights all recall my previous encounters with the Pro Series family. 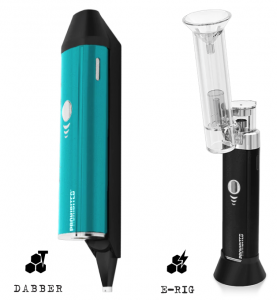 The Pro Series became an instant classic thanks to its interchangeable canisters that could vape herbs, concentrates, and e-liquids. The P5D builds on that same formula sans the e-liquid part, which is just fine by me.

All you need to do to use the P5D is to charge it (I was always a fan of the magnetic charging port of the entire bottom of the device), which will take you around two hours. And once the bottom LED light turns green, you take one of the cartridges, fill it with your preferred material, and snap it back into place.

You easily twist the mouthpiece back into place, and you press the firing button three times to turn the device on. You can switch between the various temperature and voltage settings (there are three of each) by clicking the firing button twice.

The LED lights will light up one at a time, depending on what temperature setting you are at. One indicator lights up at the lowest temperature (390F), and each one will be lit the higher up you go, from 390F to 415F, to 440F.

Once you have selected your preferred temperature, you click the firing button to lock the device at that temperature, and the unit will start to heat-up. Again, when the device is ready to vape, the bottom LED light will turn solid.

The Prohibited in the 5th Degree Vaping

I didn’t have any concentrates on me, so I just used the P5D as a dry herb vaporizer. The P5D vaped my herb as well and as with as much consistency as all of the Pro Series models. Despite only having three temperature settings, they were already high up on the thermometer that you didn’t need to go any higher.

The wait time for my herbs to heat up properly took a little under forty seconds, but once it was ready, the vapor was not harsh or cough-inducing. It was smooth, and the draw resistance was minimal. The vapor path was clear, and the stainless steel chamber was perfect to attack my herbs with thoroughly even heating.

What Else is Close to The Degree

I’m not going to make the mistake of comparing the P5D to the obvious choice, the Pro Series models. So I’m going to have to find another 2-in-1 vape pen that’ll do the P5D justice.

I had to go way back into the archives to fish out my review of the QuickDraw DLX 300, which did vape e-liquids, but it also had something in common with the P5D. The DLX 300 also features the same Smart coil reading technology that the P5D employs.

This technology works thanks to the different connectors on the bottom of each canister that the battery can read and then set an ideal power or temperature level. The DLX 300 works in much the same way, with each canister having separate connector bottoms.

Prohibited In the 5th Degree Vaporizer from Prohibited Videos on Vimeo.

The DLX 300 was easy to use, but it didn’t have those three separate temperature settings that the P5D employs for not only herbs but waxes as well. I liked the shape and form of the much slimmer DLX 300, and the fact that it could do so much in a tiny little package.

But sometimes, the DLX 300 just didn’t get hot enough. It relied solely on the magnetic connectors to determine the best temperature and set it. The P5D does that as well, but it also allows to give it an extra boost, if you so desired.

By “flexibility,” I mean the fact that the cartridges are easily removable and interchangeable. I know that the P5D does not vape e-liquids, and I appreciated that strategic decision. It would not have been a problem for the P5D to vape e-juice, but they decided instead to focus on doing two other things better.

There’s only one button. If the P5D were draw activated that would have been even more amazing, but it’s not. Even still, using and loading the cartridges is super straightforward, and there’s only one other button combination to learn to access the temperature settings.

Different temperature settings are a necessity on most dry herb and wax vaporizers, and the P5D did not forget that. Even though it does feature a smart technology feature, it doesn’t rely on it and throws in various temperature levels for a more personalized experience.

I don’t know why V2 decided to repackage their excellent Pro Series models as “Prohibited.” They could’ve made a dedicated herb and wax device using a different setup and name or newer technology, but they decided instead to slap on a tough-looking font and employ a marketing campaign that emphasizes the device’s fondness among potheads.

Is It Worth a Buy?

I’m all for a dedicated herb and wax device. I only started vaping e-juice because of the demands of this job, and while I can appreciate a well-made e-juice, I have a particular fondness for herbs and waxes.

I think the folks at V2 decided to capitalize on the popularity of their Pro Series, by taking out the e-liquid part of the Pro Series and marketing it as a dedicated herb and wax device, which I’m not supportive of; seems just like a huge cash grab to me.

The P5D is the Pro Series 3 or 7, just with a different name and it doesn’t vape e-juice. Yawn. The device works in the same way; it has the addition of temperature settings, and the magnetic canisters get swapped out whenever you want to change your materials. 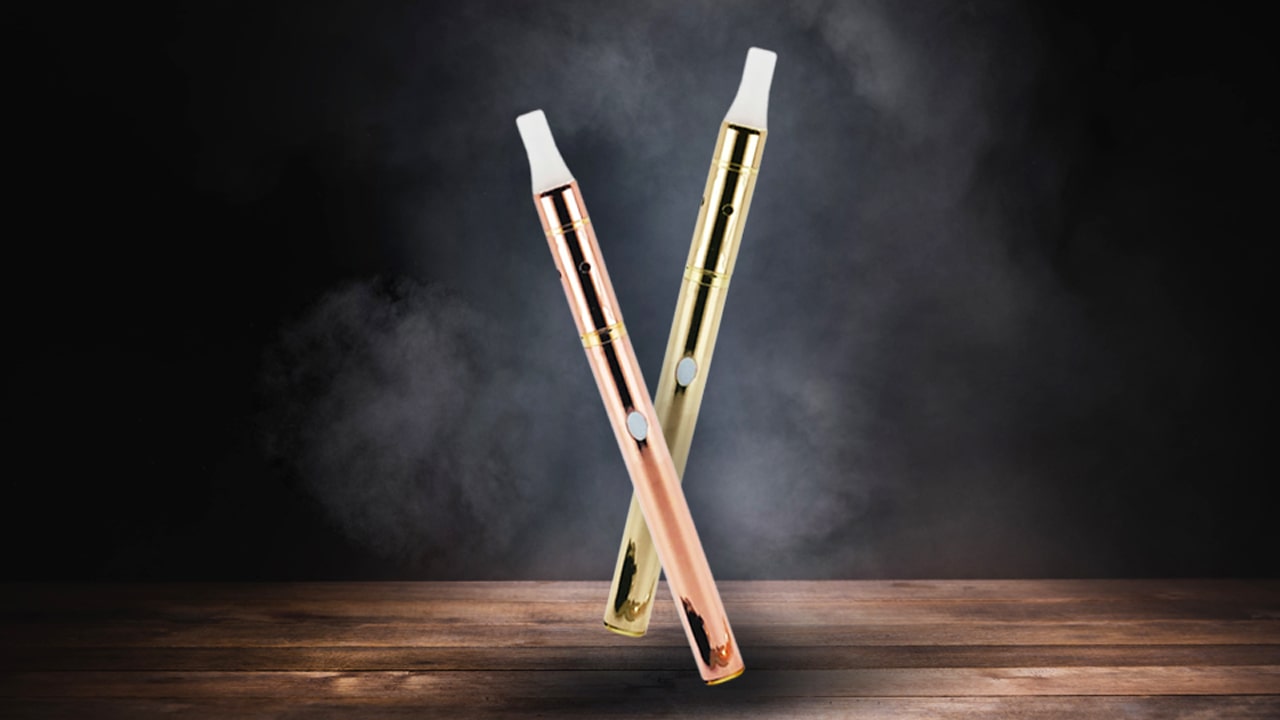 December 18, 2017
The KandyPens K-Stick is so fine that it makes me wish I was a dab of wax so I could melt inside of it. Read our review here. 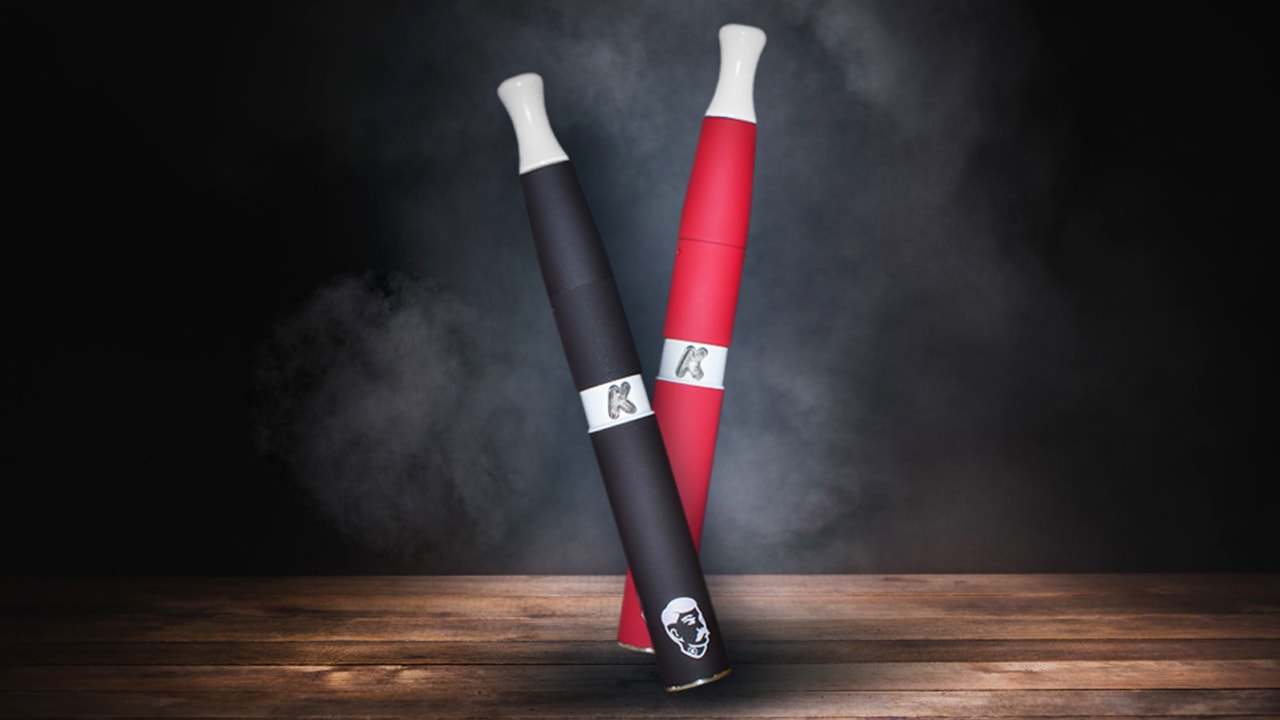 December 14, 2017
The KandyPens Ice Cream Man is a pastel-colored confection that pumps out luscious, scoops of vapor with its dual heating rods. Read our review here.

One comment on “Prohibited In the 5th Degree Vaporizer Review”