The Rick and Morty Vape Mod: Essential Things to Know About These Vapes

Rick and Morty is a popular cartoon show created by Messers Justin Roiland and Dan Harmon for Cartoon Network’s Adult Swim. The cartoon has gained a cult following since its creation, it has gained a significant following and has won numerous awards.

Its creation has also resulted in the production of different types of merchandise, including vapes. The Dazzle has various features that make it worth considering as a next vape and several salt nicotine flavors.

The device is ideal for fans of this cartoon who want a disposable vape that is well made and delivers a terrific vape experience.

Overview of the Rick and Morty Vape Pen

The R&M disposable vape, otherwise known as the Movkin RandM Dazzle, is a disposable vape that uses a clear tank and colored LED light, in addition to the artwork depicting the cartoon. 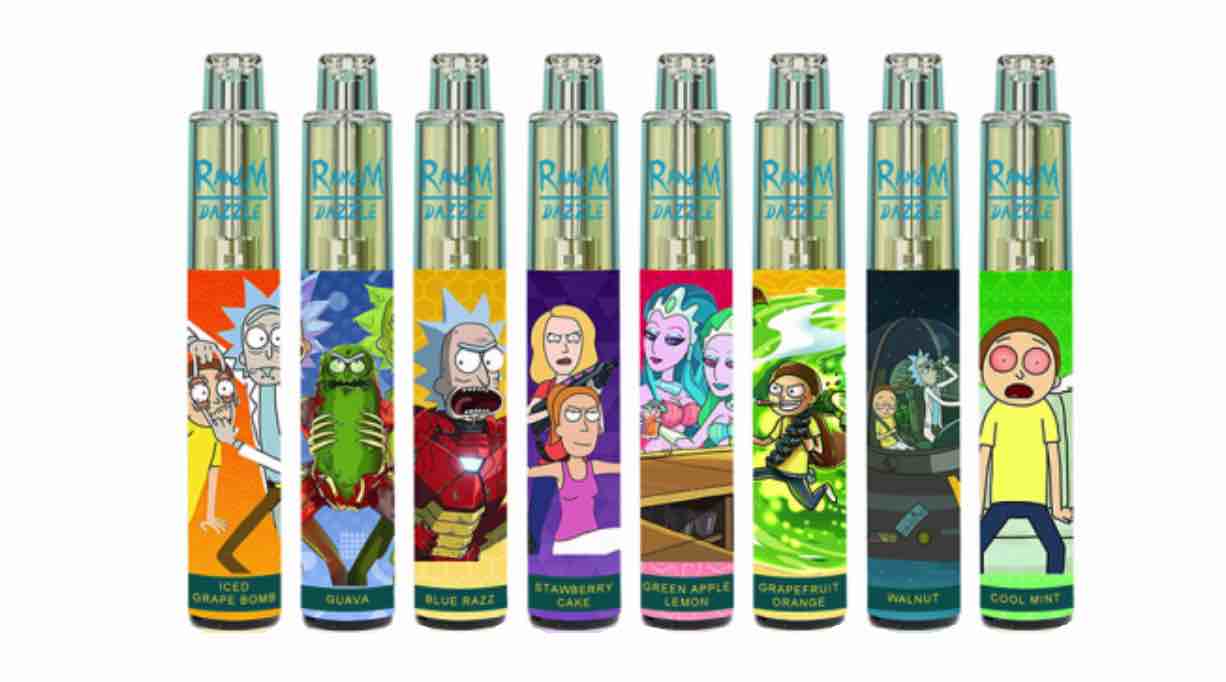 The tank contains 6 ml of five percent salt nicotine, and it has a battery capable of 2,000 puffs. Eight flavors are available, and the device is rechargeable, thus ensuring every bit of liquid is used before the vape is thrown away.

Vapor production is about what one should expect from something that uses five percent salt nicotine. It is a low amount of vapor, about the same as one would get from a cigarette or cigar. This amount is ideal for people who want to vape without drawing attention to themselves.

The build quality of this device is very high. It has a solid feel to it and it neither rattles nor makes strange sounds during operation.

It has a clear integrated tank with a round drip tip that fits comfortably between the lips. As for the design, it is comfortable to hold and made to be portable. 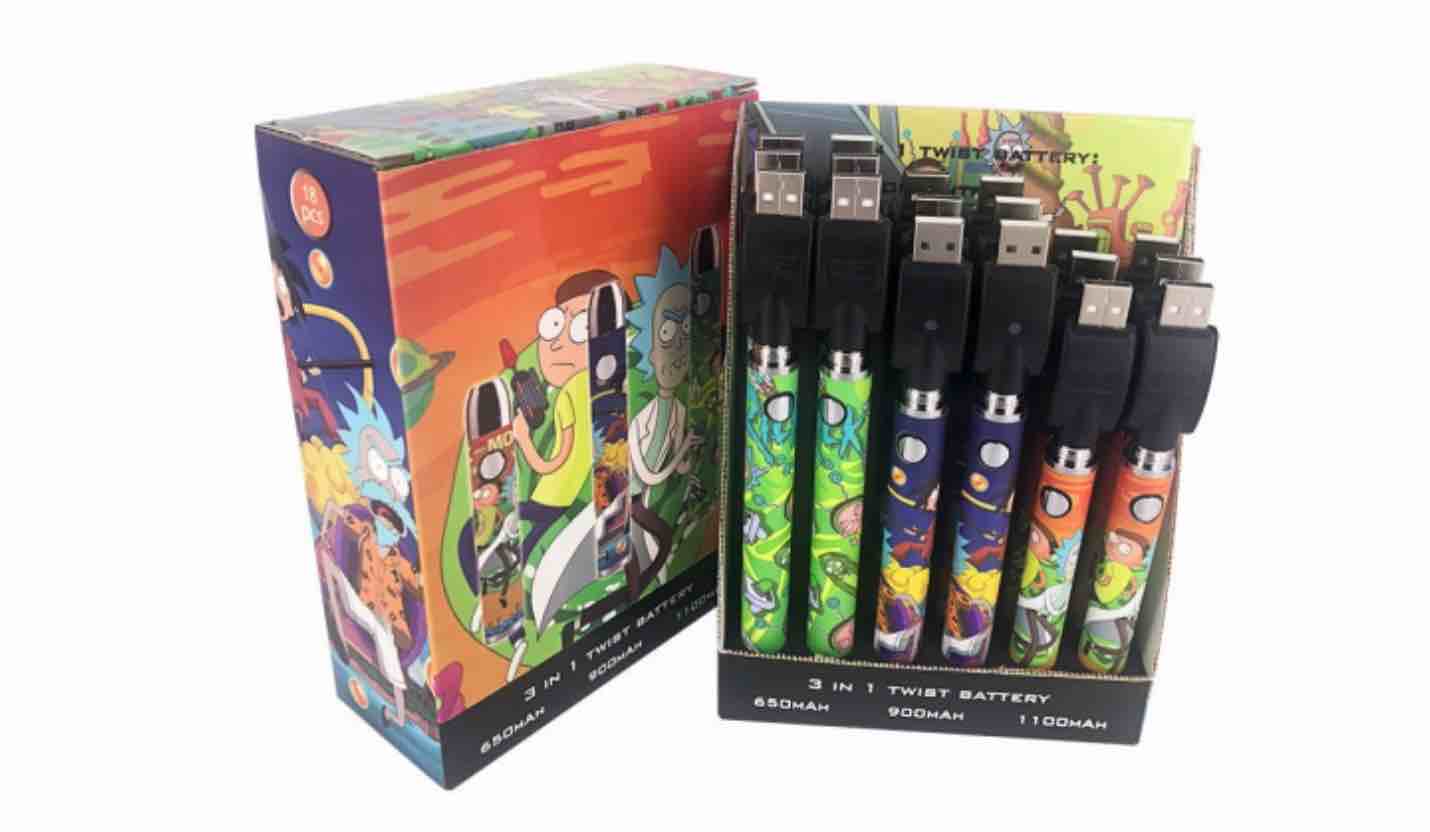 There are eight flavors from which to choose, and some of them are quite original.

The Dazzle uses an integrated 1,100 mah battery that lasts for 2,000 puffs. Some might consider this overkill, as it is easy to imagine getting tired of it before it expires. But, for pure longevity, few devices can beat the Dazzle.

How to Use the Rick and Morty Disposable Vape Pen

The Dazzle is easy to use, but there are some peculiarities of which users should be aware. 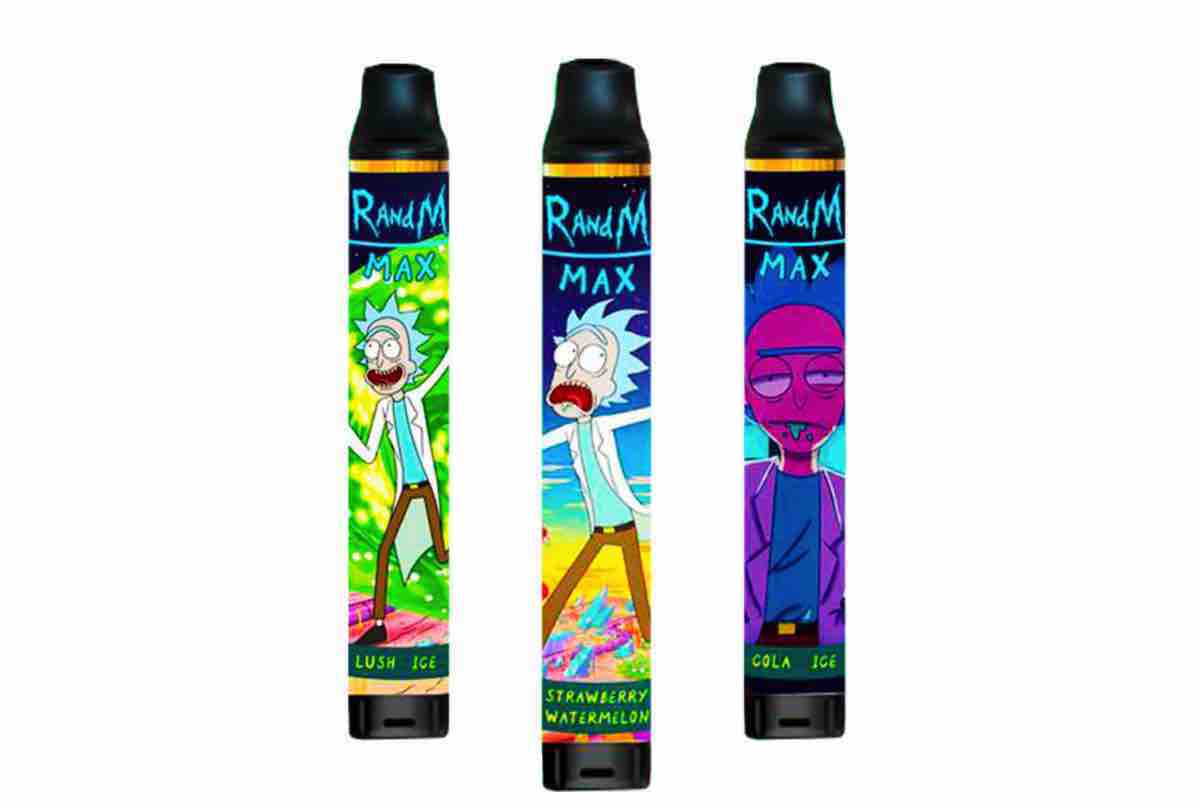 The Rick and Morty 2 in 1 and the RanM Max are excellent alternatives to the Dazzle.

Over 77,000 similar-looking vapes were seized at Chicago O’Hare International Airport, according to a press release issued by Customs and Border Patrol. The 258 boxes of these products were being shipped to a distributor in Georgia after they had arrived from Shenzhen, China.

CBP seized these devices because they violated United States trademark and copyright laws. Warner Brothers confirmed that these products did violate US copyright and trademark laws, as they did not give anyone in China permission to use images from their cartoons.

The devices in question appear to be the same ones made by Movkin, but they are likely fake because Movkin ships from Los Angeles, not China. There are many counterfeit devices out there that use the brands and trademarks of other companies illegally, and this is likely another example of that. Many of these devices come out of China.

A quick look at a Google search results page shows that there are dozens of companies selling vapes with images of cartoon characters from shows like Family Guy, Futurama, and the Simpsons.

The Chinese do not seem to care very much about the rights of those who own intellectual property, whether the said property is a cartoon image or a computer program developed by someone in the United States.

Worse still is that no one seems willing to do anything about it. American corporations and politicians are willing to reward Chinese for their misbehavior by continuously importing their cheap crap made by Uighur slave laborers.

Area Port Director-Chicago Mr. Shane Campbell said the following in regards to these counterfeit products: “Often CBP seizes vape pens because they violate FDA guidelines, but these parcels violate copyright laws which adds to the charges and complexity of the case. Counterfeit products are unsafe for consumers, harm the economy, damage the revenue and image of the companies, and could cost American jobs.”

It is hard to take Mr. Campbell’s words seriously, especially the bit about “American jobs” when the very people he is answerable to presided over the outsourcing of America’s manufacturing capacity to China, leaving regular people without well paying jobs while these corporate overlords and politicians get to swim in cash. What is further infuriating about this is that the Food and Drug Administration’s crackdown on flavored vape pods made in the United States has left the door open for the Chinese to flood the domestic market with counterfeit goods.

Closing Thoughts on This Product

This is a very good product that can last a long time, but it is questionable whether such a large battery is necessary for something that is disposable. However, the most important thing to remember is that they are easy to use and that there are some highly unique flavors in their inventory. Also, be aware that it is easy to get fooled into buying a fake Movkin device, so order only from their website and nowhere else.

If you have used these devices, please let us know what you think of them. We are especially interested in knowing about the walnut, strawberry cake, and green apple lemon flavors.

2 comments on “The Rick and Morty Vape Mod: Essential Things to Know About These Vapes”