Vaping in Airports: Can You Bring a Vape on a Plane? 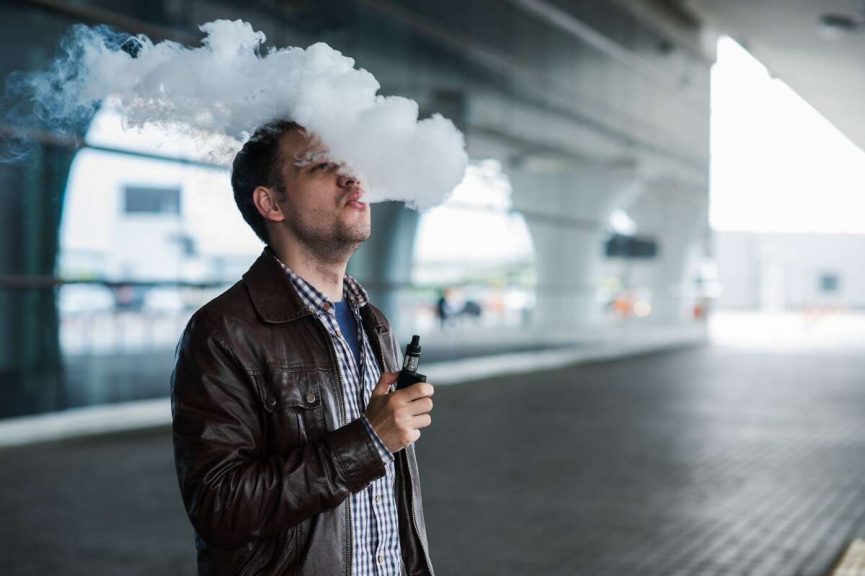 Vaping devices vary in sizes they come in, batteries, usability, etc. However, the technology used is the same: they have a battery, a cartridge where the e-liquid is stored, a component that vaporizes the liquid through heating, and a mouthpiece.

And for sure, there are some issues with traveling with e-cigs and carrying vapes through airport security, and to airplanes. All the relevant information needed will aid a traveler to stay on the right side of the law when taking a business or a holiday trip.

Major airports in the US where vaping is illegal

How Do I Get a Vape at the Airport?

Every vaper wonders before the flight can you vaporize on a plane? (spoiler: NO. You can bring a vape on a plane with you, but DO check additional airline restrictions regarding batteries allowed in checked bags or luggage).

TSA representatives recommended unboxing all Juul packaging and putting them in quart ziplock before packing for avoiding wholesale issues.

landed in Istanbul with 30 boxes of Juul in my check-in luggage with no problem!

So pre-filled pods fall within the liquid rule and can be legally transferred in check-in luggage.

Tips on How to Bring Vape On A Plane?

Short checklist to avoid inconveniences at the airport or on a plane to help you follow the airport as well as airline regulations.

*The regulations are in place to ensure the safety of all people.
Whether you are flying with oil cartridge or a vape pen make sure that:


Is Vaping Allowed in Airports?

Over the years, there has not been clarity on vaping regulations and laws. In fact, only a few countries around the world have regulated vaping. This is because there have been questions on how to categorize e-cigarettes given that they have not been in use for long.

Lately, however, there has been steady progress in the regulation of vaping across the US. Since August 2016, all e-cigarette products have been regulated in the same way as tobacco products. This was after the US Food and Drugs Administration (FDA) gave the mandate.

Some may wonder, when was smoking banned on planes? Following this categorization by the FDA, many states, as well as regional governments in the US, have included e-cigarettes to be among the substances banned from being smoked indoors.

Consequently, e-cigarettes have been prohibited in the same venues as those where traditional cigarettes are not allowed.

Due to the potential exposure of non-users to harmful chemicals, the World Health Organization has also recommended an indoor ban on e-cigarettes just like in traditional cigarettes.
Across the world, some countries like Argentina have banned vaping while in others like Australia, only some restrictions are being enforced.

Let’s not forget that different countries have different rules about vaping. When traveling to another country, it is a good idea to understand the local laws.

Can You Use E-Cig in an Airport Within the US?

There are some vape-friendly airports like Charlotte Douglas International and Dulles International. In these airports, vaping is allowed in some terminals.

Interestingly, this contravenes the Clean Indoor Air Act of New York State which does not allow vaping in either private or public indoor workplaces.

Countries that have banned vaping in their airports include:


Major Airports Across the World and Their Vaping Rules

Airport security is responsible for the enforcement of airport rules and regulations. Therefore, if traveling to or within the US, ensure that all vaping devices brought to an airport are allowed by the Transportation Security Administration (TSA).

On e-cigarettes and other vaping devices, the TSA has listed devices prohibited by the Federal Aviation Authority (FAA) from being transported in checked bags. Consequently, vaporizers, atomizers, e-cigarettes, vape pens, and e-nicotine delivery systems should be stored inside carry-on bags within the cabin.

On top of all these, ensure compliance with all other vaping rules and regulations by both the airport and the airline.

Vaping continues to be popular not only in the US but in different parts of the world. Being a new trend in the use of substances, the legal question surrounding vaping is not clear to everybody.
In the US, vaping is not allowed in planes or other enclosed places-just like tobacco.

Nevertheless, one can carry vaping devices during air travel but only in carry-on vape bags or vape carrying cases. Additionally, passengers have to ensure that they are not in possession of legal substances such as weed vapes.

Medical marijuana is still against federal law, regardless of if it is legal in the state where one is traveling from or to. TSA is not looking for marijuana, but, if the weed is found while they are doing a check, it has to be reported to the authorities. The point of this is to say there is a big risk to travel with any marijuana or vape juice with THC in it through an airport.

Vaping on a Plane

So, can you vape on a plane? Vaping is prohibited in enclosed places. In the US, the Department of Transportation (DOT) has already banned vaping in commercial flights. The ban took effect in April 2016 and applies to all local and foreign incoming flights.

E-cigarettes are allowed aboard planes but one has to observe rules that have been put in place to ensure safety:


Why Not Checked Bags?

If either damaged, defective, or exposed to high temperatures, lithium batteries used to power e-cigarettes can self-ignite hence will not be allowed to vape inside a plane. Morally, it would also be an inconsiderate act given that passengers next to you could be non-users.

In fact, it has happened. An e-cig exploded during a flight on its way to St. Louis, MO. Luckily it was extinguished quickly, but it is clear what a danger this put the passengers and crew on this plane.

Upon the co-categorization of e-cigarettes with traditional cigarettes, vaping in airports automatically becomes restricted. Anybody within the airport vicinity will have to look for the places designated for vaping. In order to avoid any chances while at the airport, do some research on the airport’s rules and regulations before you leave for the airport.

Can You Bring a Juul on a Plane?

A Juul e-cigarette uses tobacco or an alternative vaporizer. However, a Juul vaporizes without a flame-based method. Despite this, it will still not be allowed on checked luggage, and neither can it be smoked on a plane. Additionally, if you are interested if you bring a vape on a plane under 21, it depends on the airport security.

Can You Bring a Weed Vape on a Plane?

Well, can you take a vape on a plane or weed vape for that matter? Flying with a weed vape pen will be subject to the laws that apply to the route of travel. Different countries have different legislation regarding the possession and use of marijuana. In the US, the TSA is mainly responsible for safety in transport.

Currently, under federal law, it is illegal to be in possession of marijuana or other cannabis-infused products. This then elicits debate on how one should transport medical marijuana.

If found in possession of illegal substances, the TSA will hand over the case to the relevant law enforcement agency that will make a final determination of their legality.

According to the TSA, even medical marijuana is considered illegal by the federal government and the TSA will report it, even if the weed is found in a state where it is legal to possess marijuana.

Even if the security screening is not specifically looking for any marijuana or cannabinoids, it is duty-bound to report any violation of this federal law.

Therefore, if somebody wishes to travel with a weed vape, they had better do proper prior research on the side of the law they want to be.

To be better prepared for travel, scan more information on the rules that apply to the airports and airlines you will be using.

Closing Thoughts about Vaping on a Plane

In wrapping up, it is allowed to bring a vape in the carry-on luggage, not in the checked bag, as well as vape liquid only in a 100 ml container. Additionally, never switch on the vaping device on a plane and do not charge it on board. However, while traveling it is recommended to check the laws of the country so as not to get in trouble.

4 comments on “Vaping in Airports: Can You Bring a Vape on a Plane?”