Aspire Dynamo Kit Review: Feel the Power of a Dual 20700

The Aspire Dynamo is a newly-designed, dual-21700/20700 mod from Aspire that features a bright and colorful TFT screen at its center. The Dynamo is compatible with either two 21700 cells or two 20700 cells, which are bottom-loaded into the device via the hinged battery door.

The mod uses a three-button control interface with the two adjustment buttons directly under the screen and the firing button hidden on the side. There is a centered 510-connection atop the mod, while a USB charging port on the front of the mod lets users install any available firmware updates.

The Aspire Dynamo has a familiar look and design. The entire device is built around its stand-out display that sits at the center of the mod’s build. It is a circular shape and measures just over 2” in diameter. The screen is a TFT-style, so it has bright and pronounced colors that are also easy to read. 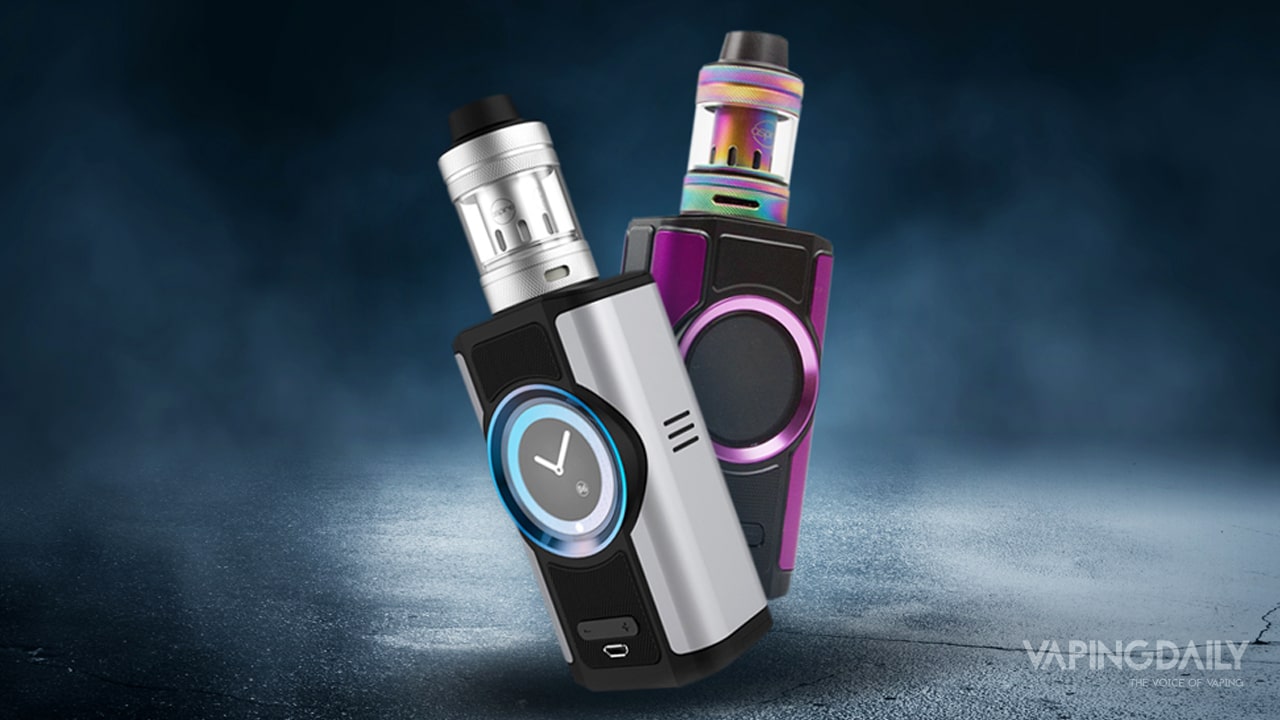 The mod uses a simple, three-button control configuration. The side-firing button located at the very top of the mod’s left side acts as the power button, while there are two, rocker-style buttons under the screen for users to make their screen selections. The device also has side-panels surrounding the TFT screen that make up the mod’s only color accents.

The mod comes in five different color options ranging from Camo to Solid Red or Solid Black. The device has a bottom-battery door where users can install their two 21700 or 20700 batteries. The door has a push-to-release switch that opens the door and securely locks it in place when it is closed.

The Aspire Dynamo kit features not only the Dynamo mod but the new Nepho tank. The tank is a sub-ohm that features a plug ‘n play coil installation system and a 4ml e-juice capacity.

Here’s what to expect in the Dynamo kit:

Build Quality and Design of the Aspire Dynamo

The Dynamo mod stands at just over 90mm tall and features a sturdy, aluminum alloy build. The box mod has hard-touch side-paneling, while there are rubberized grooves that run along the side. The centerpiece of the mod is its 2” TFT screen that displays all the vital vaping information and settings.

The rest of the box mod features responsive buttons and a lightweight build. The top, 510-connection can fit atomizers up to 30mm in diameter with no overhang, as the entire width of the mod measures close to 34mm (1.3”), so it has more than enough room for the included Nehpo tank. The bottom-battery bay door stays in place and has no play when it is securely closed.

The Aspire Dynamo features the same control configuration as most dual-20700 and 21700 mods, consisting of the firing button, two adjustment buttons, and bright, 2” TFT display. With the crisp image that comes on the screen, no wonder that Aspire loaded the device with a whole range of different features.

Users can enter the main menu feature by clicking the firing button and the up button at the same time. This shows users the menu dividing into five sub-categories:

Users can then scroll through each of the five menu options to configure a specific part of the mod. The Modes option lets users explore the device’s five vaping outputs, from variable wattage, bypass and curve mode, as well as temperature control.

To enter the mod’s preheat options (soft, normal, hard), users need to press on the up/down buttons, when they are in wattage, voltage, or TC and TCR modes. The Data menu lets users adjust settings like the wattage and CPS (or ramp-up time of the vape) without having to go into the Modes menu. The System option lets users adjust things like the brightness of the screen as well as the language and clock options for the box mod’s screen.

Aspire chose to debut its newest sub-ohm tank, the Nehpo, with the Dynamo kit. The kit includes one tank and two coil options, which are divided between a regular 0.5ohm coil, and a mesh-style 0.15ohm coil. The tank has knurling throughout the top and bottom sections giving it a stylish, industrial look.

The top cap features a sloped 810-Delrin drip tip that does come off and can take any Goon-style drip tip. The top cap is not threaded, but uses a push-up-and-back locking mechanism that makes it child-proof but still easy to use. There is a small indicator arrow located beneath the fill port.

Users need to push the cap up, which releases it and then push it back to reveal the fill port. The fill port is quite small and will only take needle-nose bottle tips or syringe-style tips. Anything larger like a dripper or Gorilla-style drip tip might be messy. The coil installation is from the bottom.

The two coils that come with the Dynamo kit are new, Nehpo coils that are divided between two coil styles. One coil, the sub-ohm 0.5ohm coil, uses a Kanthal wire at its core, which is surrounded by thick organic cotton.

Each coil has four juice ports surrounding its core for users to prime their coils before installation. The second coil option in the kit is aimed at cloud-chasers, as it is a 0.15ohm mesh coil, which is primed for sub-ohm use. Both coils share the same wattage range, between 60-75W.

The Dynamo mod combined with the Nehpo tank and coils makes for a powerful combination. The high-wattage output of the mod with two 20700 or 21700 batteries can reach 220W and the temperature range for the mod runs between 200F-600F. The response time of the device is also very fast thanks to the superior chip inside.

The Nehpo tank is an above-average tank that can push out both warm, flavorful vapor, as well as thick, milky clouds. The airflow control ring is excellent and provides enough flexibility to create several different vapor styles. The drip tip does get some condensation and build-up after a few vapes, but it is easily cleaned and also replaceable.

The battery life for the mod is also exceptional. The two 21700 or 20700 cells in the mod can power the device for days. Users can also charge the cells in the mod, as it uses quick 2A charging so they can be quickly recharged, in maybe one and a half hours.

The GeekVape Aegis Legend is a legend in the vaping world for its dual-18650 configuration but also because of its super-sturdy, extra-durable build. The Legend is a GeekVape mod so it uses a silicone-sealed, zinc-aluminum alloy blend as its build material, along with some stainless steel elements to keep it eternally intact.

The Legend also uses a leather-wrapped back for user comfort. The Legend can reach a high-power output of 200W and it comes with a full suite of vaping options like variable wattage and temperature control.

The SMOK Morph is a dual-18650 device that uses a touchscreen and comes with the SMOK TF sub-ohm tank. The Morph uses two cells and can power up to as high as 219W. The Morph comes installed with the super-fast IQ-S chipset that enables variable wattage and temperature control.

The device has a simple control configuration with users being able to use the 1.9” HD screen to control all of the mod’s features. The mod itself is made from a sturdy zinc alloy material and stands at just over 85mm (3.3”).

The Aspire Dynamo mod is a dual-20700 or 21700 device that offers users full battery versatility, as well as extraordinary battery life. If users stay below 100W or within the recommended range of the two Nepho coils then the device can last for a good long while. The screen is the standout star of the entire device.

It makes navigating the menu system very straightforward. The mod could have benefitted from a more streamlined user experience, as the lack of a separate selector button makes using the menu monotonous and boring.