The Atmos Aegis is the latest entry from Atmos, a company that has had some failures (the Thermo DW) and successes (the Pillar) in the last few years. The Aegis, for all you Classics majors out there, was a shield held by gods like Zeus and Minerva, and the word comes from the literal translation of the Greek word for “goatskin.”

The Aegis vaporizer, thankfully, is not made of goatskin but is made out of what looks like an anodized plastic material that makes it shine in the right light but feels a little more sturdy than most other low-grade plastic vaporizers.

The Aegis has a LED display screen occupying most of its front side, and as with most other models like this, the LED screen serves only one specific purpose, and that is to allow for precise temperature control.

What’s In the Atmos Aegis Box

Upon receiving your Aegis, you will find in your package the following: 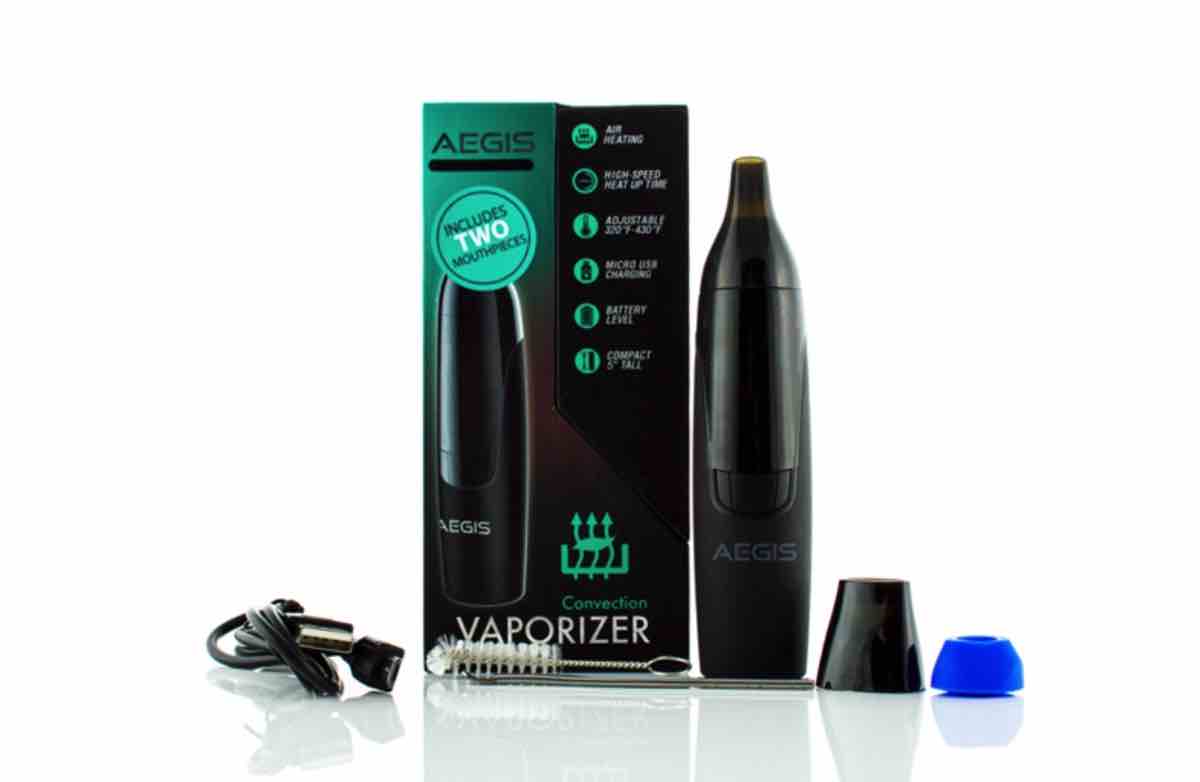 The Atmos Aegis is not a typical looking dry herb vaporizer. It has a strange shape that although odd did fit well in my hand, especially with the rubber coating on the back for an added secure grip. The other bit of strangeness on the Aegis is the nozzle-shaped mouthpiece that sticks out of the center of the device. 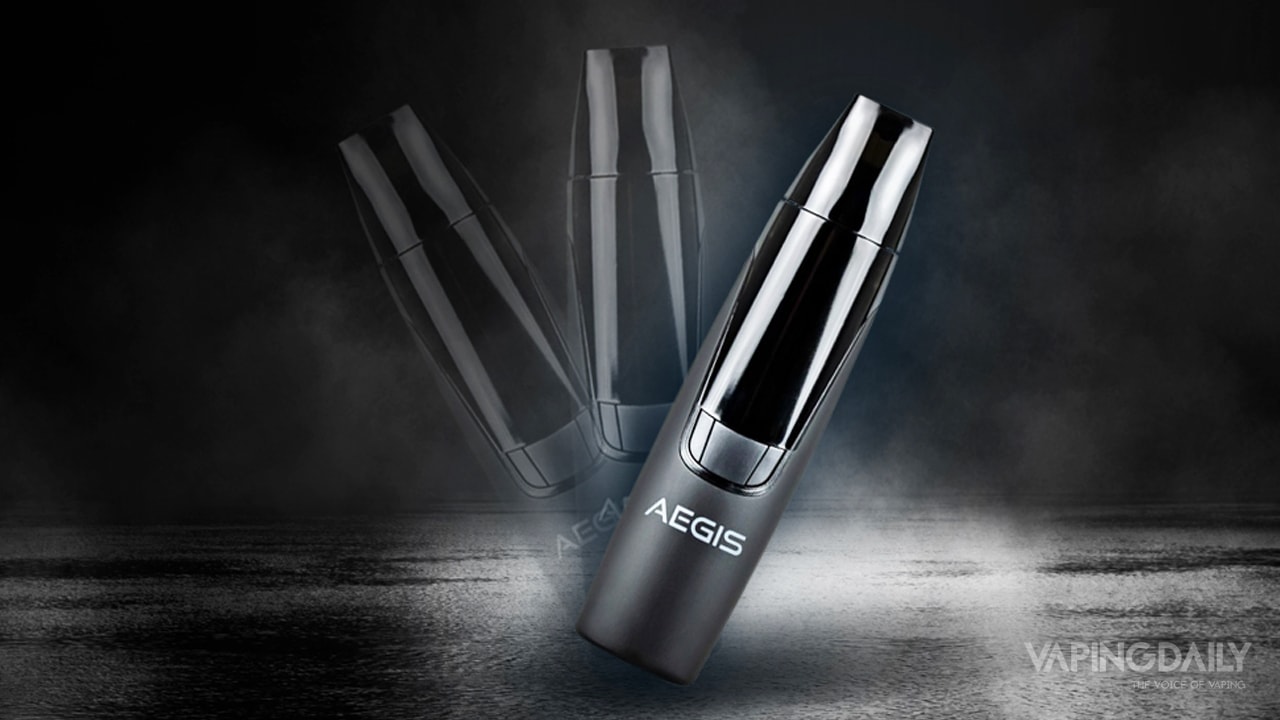 The mouthpiece looked like a compromise between a stationary and swivel-type where it protrudes but doesn’t swing around all the way. Like a lot of Atmos models, the Aegis looked surprisingly easy to use. It has one power button, and the selector buttons on the side of the power button control the temperature.

There’s not a lot of fooling around the Aegis to discover all of its added features; what you see is what you get. The mouthpiece and lid come off easily enough with a quick turn upward. The chamber is wide enough to make loading the Aegis a walk in the park.

When you remove the mouthpiece to the Aegis, you’ll see that there is a blue, silicone filter directly underneath the mouthpiece and above the chamber. This filter is a heat-guard in case any of the vapor coming out of the device might scald your lips.

It was interesting to see this type of attention to detail, as most manufacturers include some type of silicone attachment to protect against overheating with their kits, and not directly built into the machine.

Once you have the mouthpiece off, you can access the chamber for quick and easy loading. Grind up your fresh herbs and pack them tightly to allow the convection oven to heat up the herb evenly and equally.

Replace the mouthpiece back onto the chamber top and press down to fasten it in place. Click the power button on three times and the Aegis will begin to heat up to the previously set temperature.

Vaping With the Aegis

The Aegis temperature range is between 160C and 240C (320F to 464F) and allows for vapers to find their ideal temperature with the selector buttons on either side of the power button. Turn the device on and select your preferred temperature.

Once you have set your temperature, the Aegis will begin to heat up to reach your preferred setting. I found that a mid-range temperature, somewhere between 392F and 400F is the perfect temperature to generate enough vapor without the device or your vapor getting overheated. 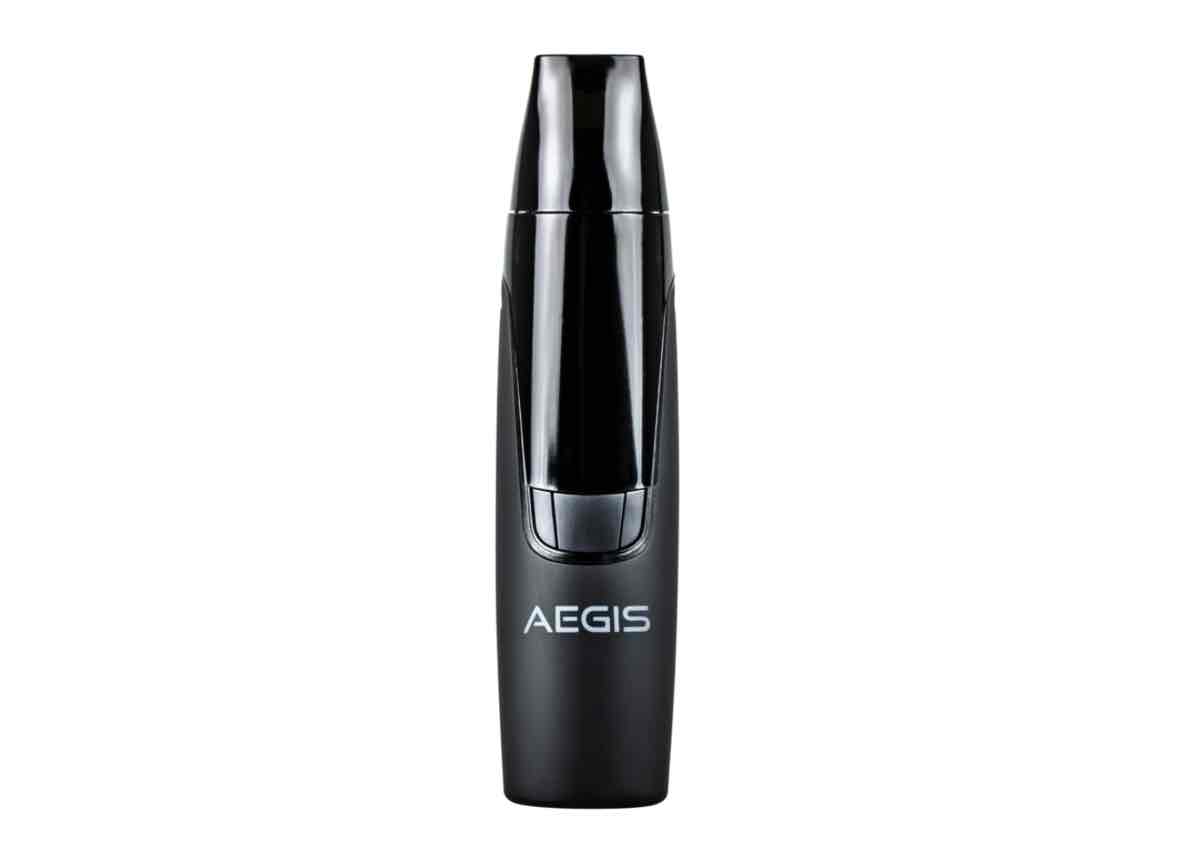 The Aegis was a dream to pull off of for great vapor clouds. It was easy to draw from, and the low to mid-range temperatures were the best for a smoother flavor. The higher you went, temperature-wise, also meant that the vapor got hotter and more unpleasant to taste.

The Mig Vapor Matrix has most in common with something like the Aegis since they both have ceramic heating chambers, precise temperature controls and are both rather hefty to hold.

The Mig Vapor Matrix has a ten-second cut-off feature that the Aegis does not have since to turn off the Aegis you have to click the power button three times. The Matrix is also a multi-media platform, meaning that you can use it with herbs, oils, and waxes. 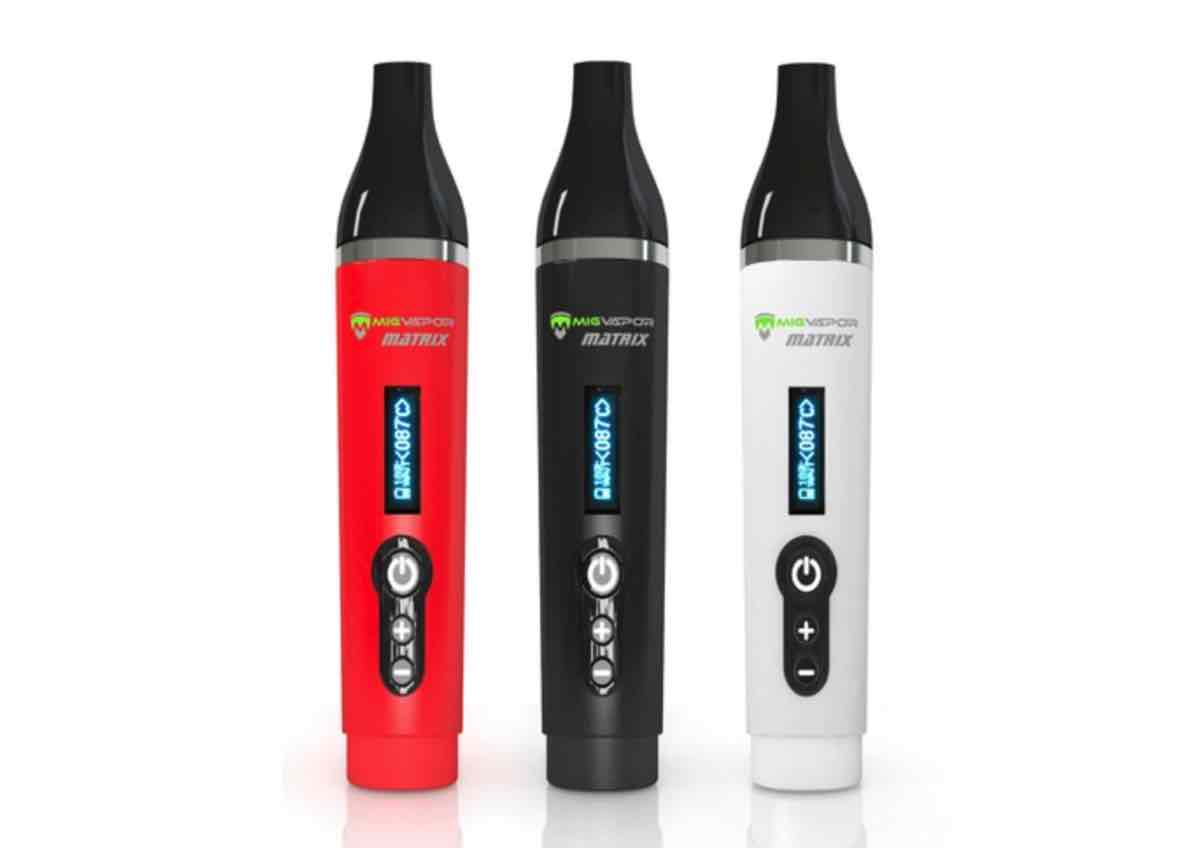 And last, but not least, the Matrix and the Aegis are almost the same price, with the Matrix being a tad more expensive at $150 compared to the Aegis at $130. So, with that said, for all the Matrix offers in terms of quality build and 3-in-1 vaping, the Matrix takes it by a long shot.

While I wouldn’t give the Aegis a full recommendation, I would still recommend it over the Thermo DW, but the less said about that, the better. The Pillar, I thought, was a better performing device since it hit high temperatures without compromising flavor or vapor quality, while the Aegis had trouble balancing both.

Still, Atmos had stepped up their game from previous, weak entries and look like they are finally hitting their stride when it comes to producing portable, flavorful and powerful dry herb devices.