The HCigar VT Inbox is a single-cell (18650) squonk mod that comes with a solid stainless steel build that features a DNA75 chip inside its frame. The Inbox is a squonk device so there is an 8ml silicone e-juice reservoir buried into the device but with open-access. The Inbox features a short, stout frame with a height of only 83mm (3.2”).

There is a side operating panel that has three-button controls along with a slim, low-profile OLED. The side battery door is magnetized so users need only give it a soft pull to remove it.

A Closer Look at the HCigar Inbox

The HCigar Inbox has the same basic look and set up as other typical squonk mods. The device has a small, square shape and has two side panels, one of which has a tiny, oval cutout for squonking. The side panels are held in place with magnets although they are not the strongest. One of the main draws for this model is the side panels that come in several colors, designs, and materials (seven in total).

The VT Inbox Dna75 uses a single 18650 cell as its power source. The cell sits next to the 8ml squonk bottle within the mod’s housing. The entire unit features solid, aluminum alloy construction so it could take a few drops, although the doors might pop out. The magnetic connection between the panels and mod is weak. They move when in use, and also when trying to access the juice reservoir. 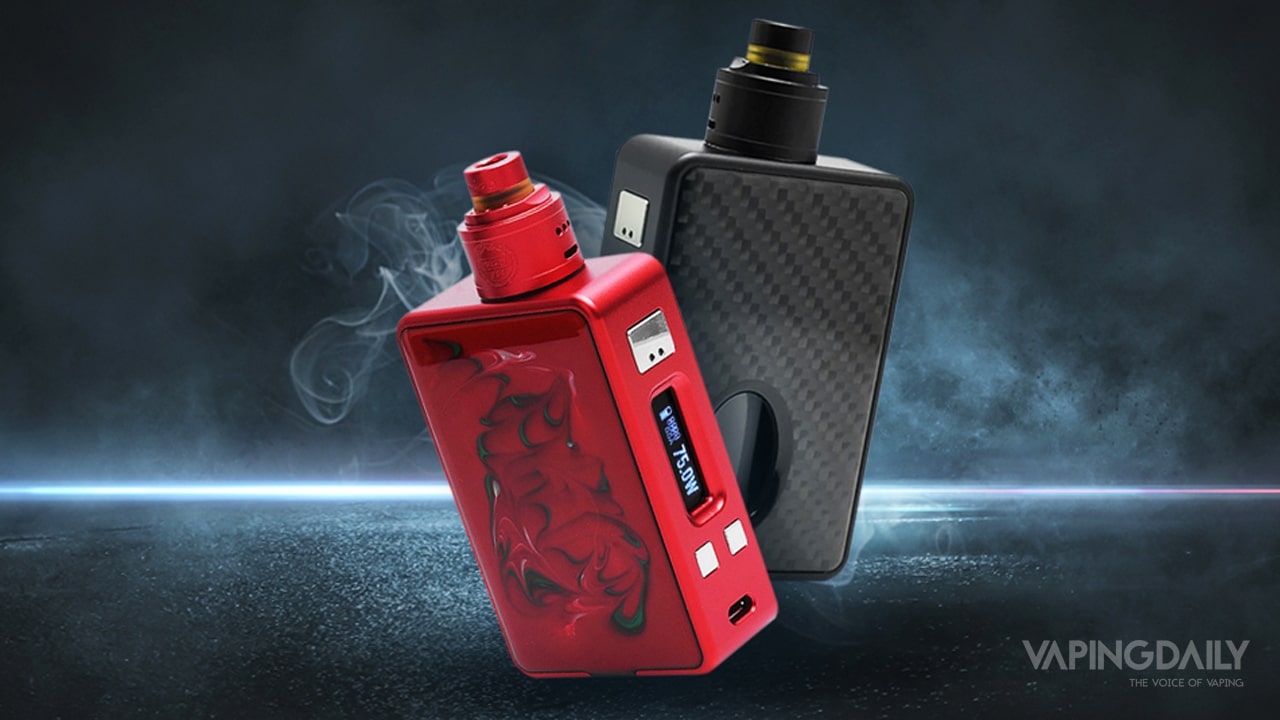 A small OLED sits on the side of the VT Inbox Dna75. It is a typical DNA-style screen, given that there is a DNA chip inside. The control panel is also standard Evolv configuration with two buttons beneath the screen and a square firing button at the top of the panel. The mod measures 83mm (3.2”) tall, while it only measures 25mm across (0.9”) so it is both short and has a slim profile.

The thinner profile and reduced height are due to the mod’s single 18650 design. All squonk mods need somewhere to put their bottle, which is usually in the same place where batteries sit. Taking out a cell means squonk mods usually come as single-cell devices, but also makes them more compact and ergonomic, which is the case here.

The Inbox comes as a stand-alone mod, although early versions included the Haze RDA. This unit does come with a few extra accessories to keep the mod going. Here’s what you’ll find in the kit: 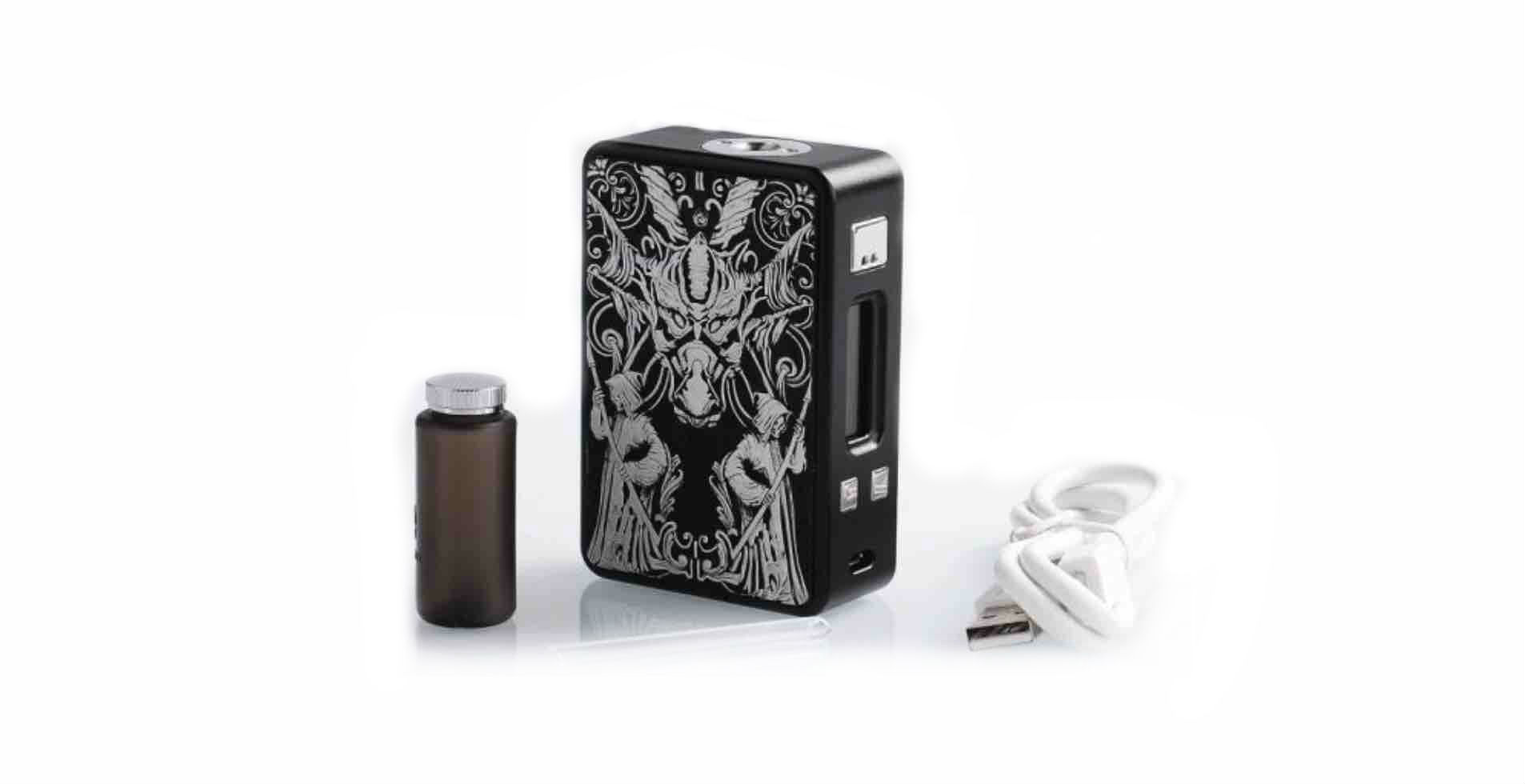 How It Holds Up

The Inbox has a very familiar design. Anyone who has used a squonk device like the Pulse or the Luxotic knows how to use it. The panels are fully removable, and, typical of BF mods, is the only place where the mod has branding or logos and other aesthetic elements. HCigar offers several different types of designs like carbon fiber and faux wood grain, with others like camo or all-metal. 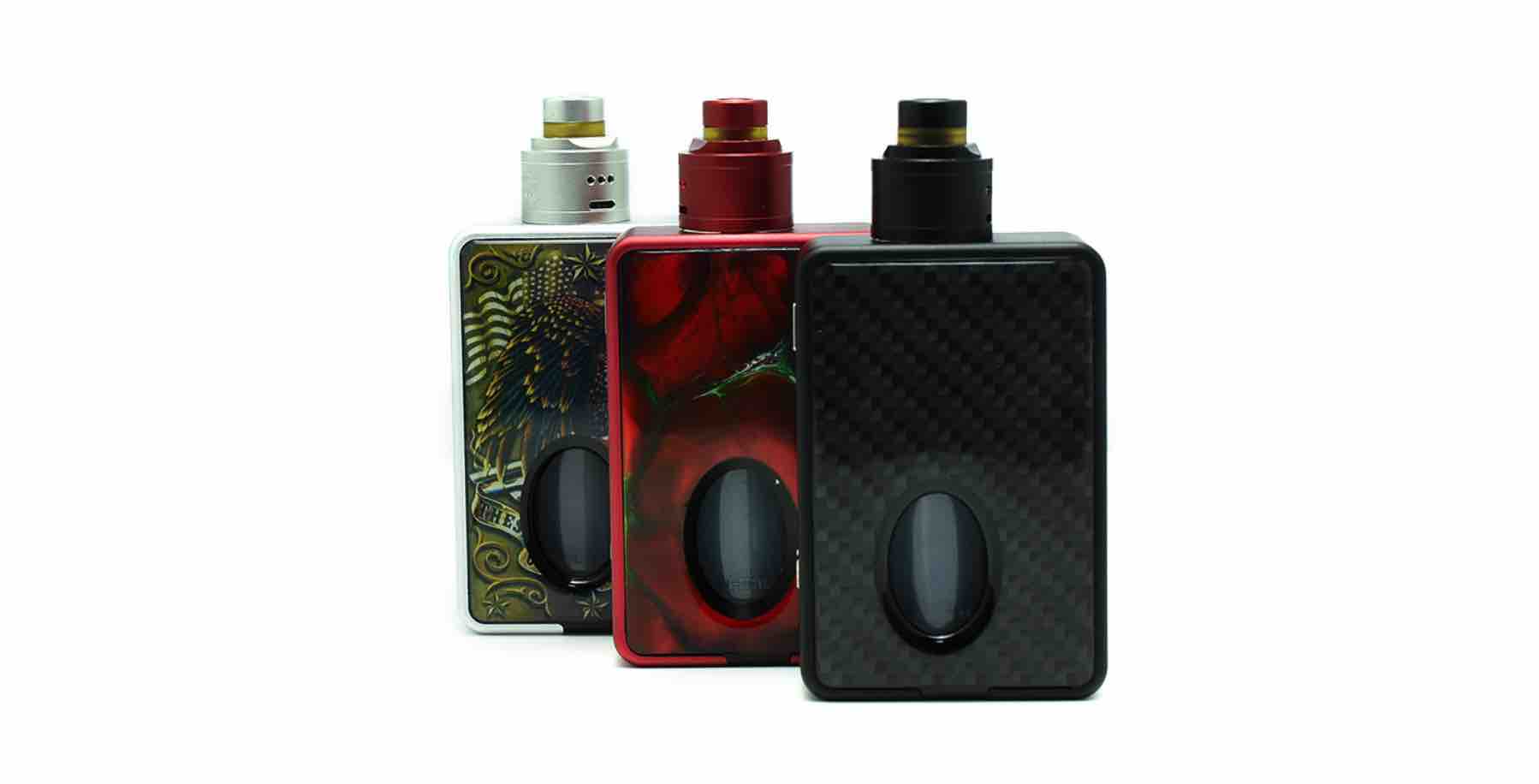 The device itself feels sturdy, while the panels do not. They barely stay on their magnetic connectors and come off at the slightest touch. The non-squonk panel should have been screwed in place instead of relying on these flimsy magnets to stay in place. The rest of the mod feels well-made, as it is mostly a solid block of metal with space etched out for the squonk bottle, battery, and chip.

The Inbox takes a single-18650 battery as its power source. The single-cell design means the device has a limited power range, which is not a problem for most vapers. The high-power output of the Inbox is 75W, which is more than enough to satisfy the casual, flavor-conscious vaper.

The single 18650 mod could, at its maximum power output of 75W, power through an entire day of moderate vaping. The control panel on the VT Inbox DNA has a USB port. But that is more to install updates to the DNA chip or to use the Escribe software available for the Evolv DNA chipset. Users should put their batteries in an external charger to recharge the battery.

The squonk bottle that comes with the Inbox (there are two in the kit) features a mix of semi-hard plastic and silicone. The bottle does not have the best response as it takes a while to return to its original form, but the bottle does not seem to have any problems pumping juice into the well above it. 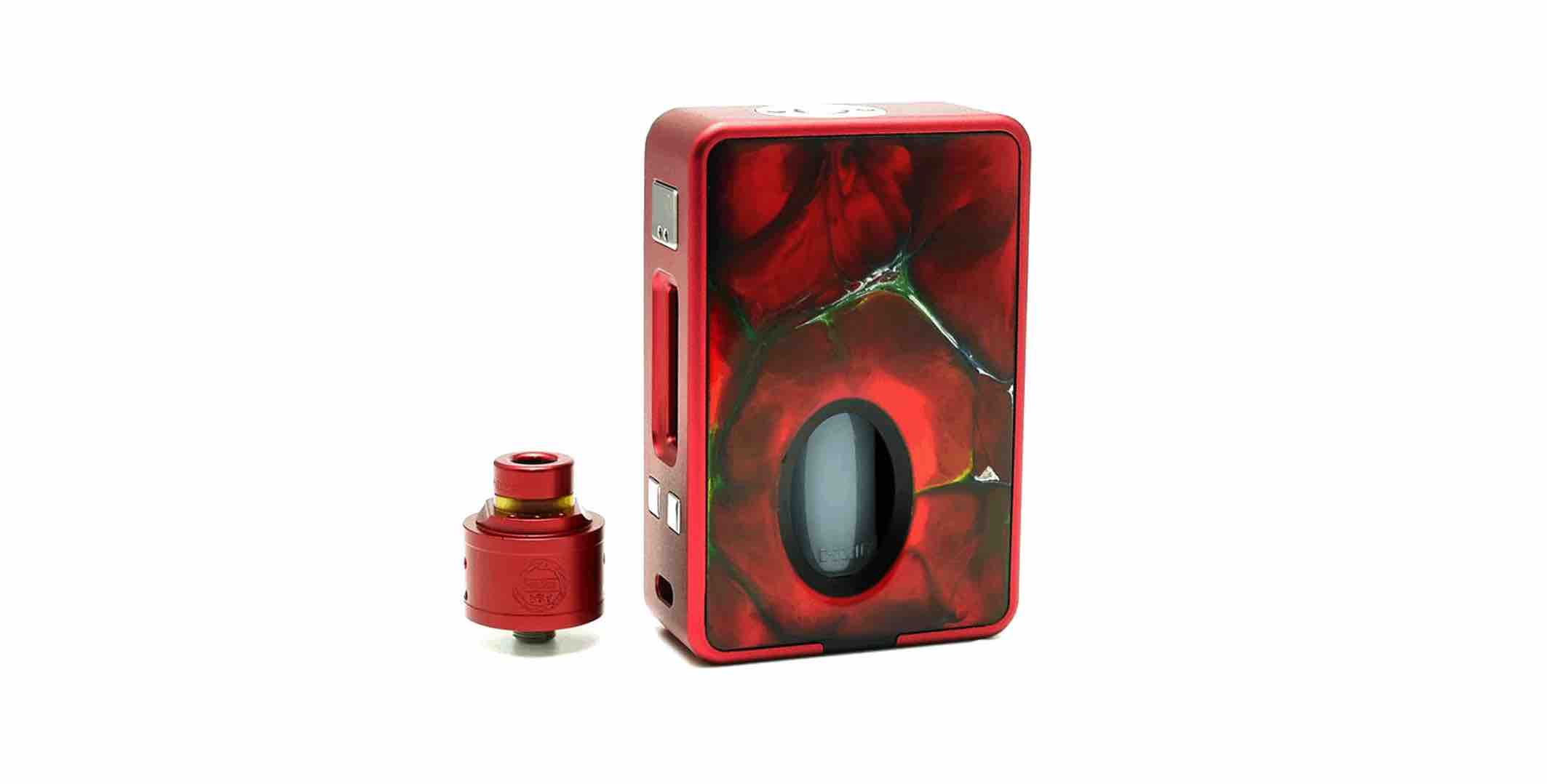 Squonks promise a hands-free, leak-free experience, so users are not constantly reaching for their juice bottle and taking off the top cap. But they also need refilling from time to time and the Inbox’s design does not guarantee your fingers will not get some e-juice on them.

How to Use the Inbox

The Inbox features all the high-performance vaping that vapers have come to expect from the Evolv DNA brand. As it is only a 75W device, the chip can generate a satisfying vape for flavor-chasers but it could also produce some good clouds. The chip features variable wattage mode and standard temperature control options like stainless steel, nickel, and titanium. 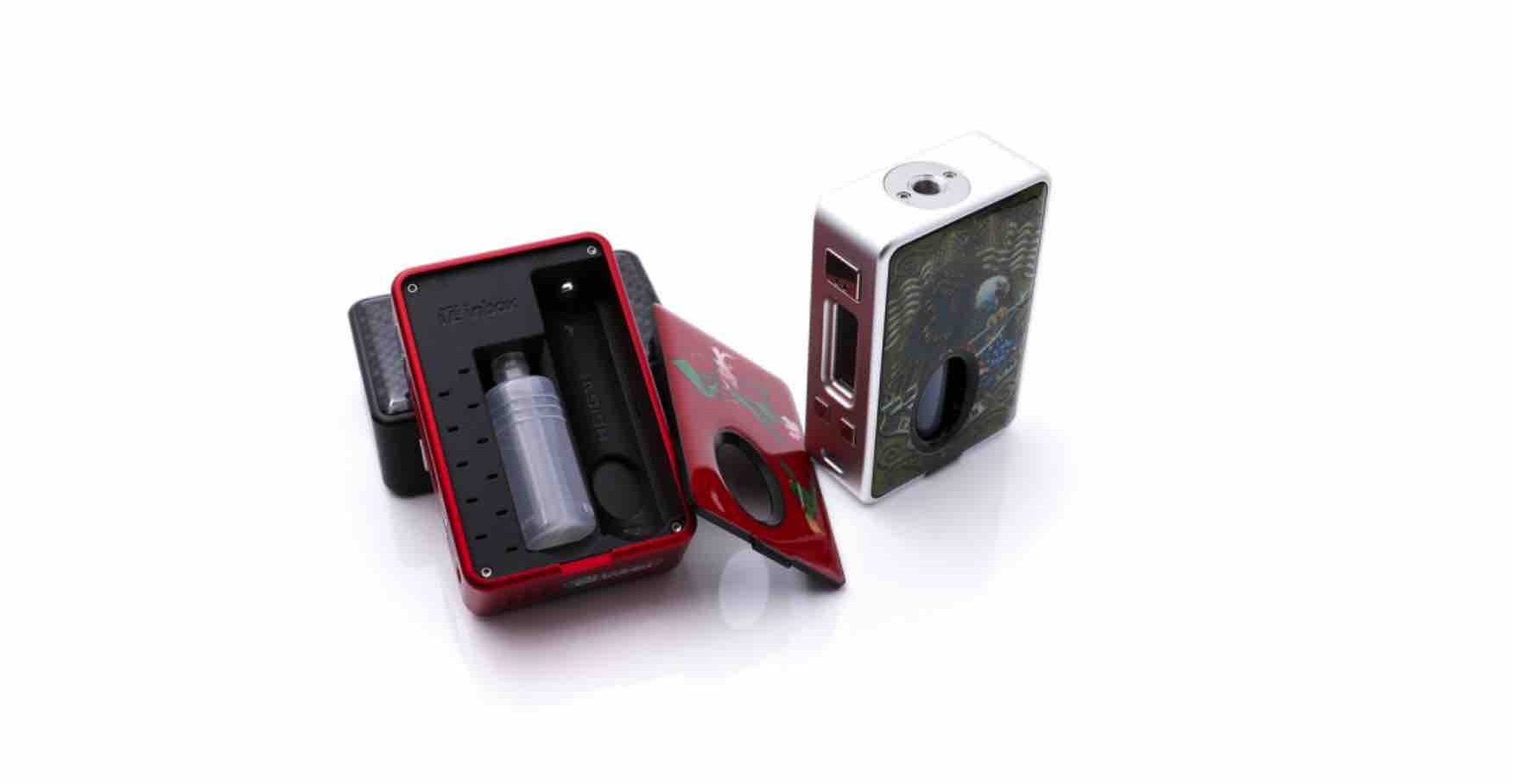 The DNA chip is well-known for its temperature control capabilities and this chip is no exception. It not only has a range of 200-600F, but the chip can also handle things like presets for temperature control (at least five slots) so users can choose from soft, normal, and hard. Using the device is very straightforward, with users needing only to press and hold the two up/down buttons to access the secondary menu.

The LV Halcyon is another single-cell device, even though the Li-Po, 900mAh battery is built-in to the device and not removable. The Halcyon mod is also a squonker and features an internal 8ml juice bottle accessible via a round cutout on the removable, magnetic side panel. 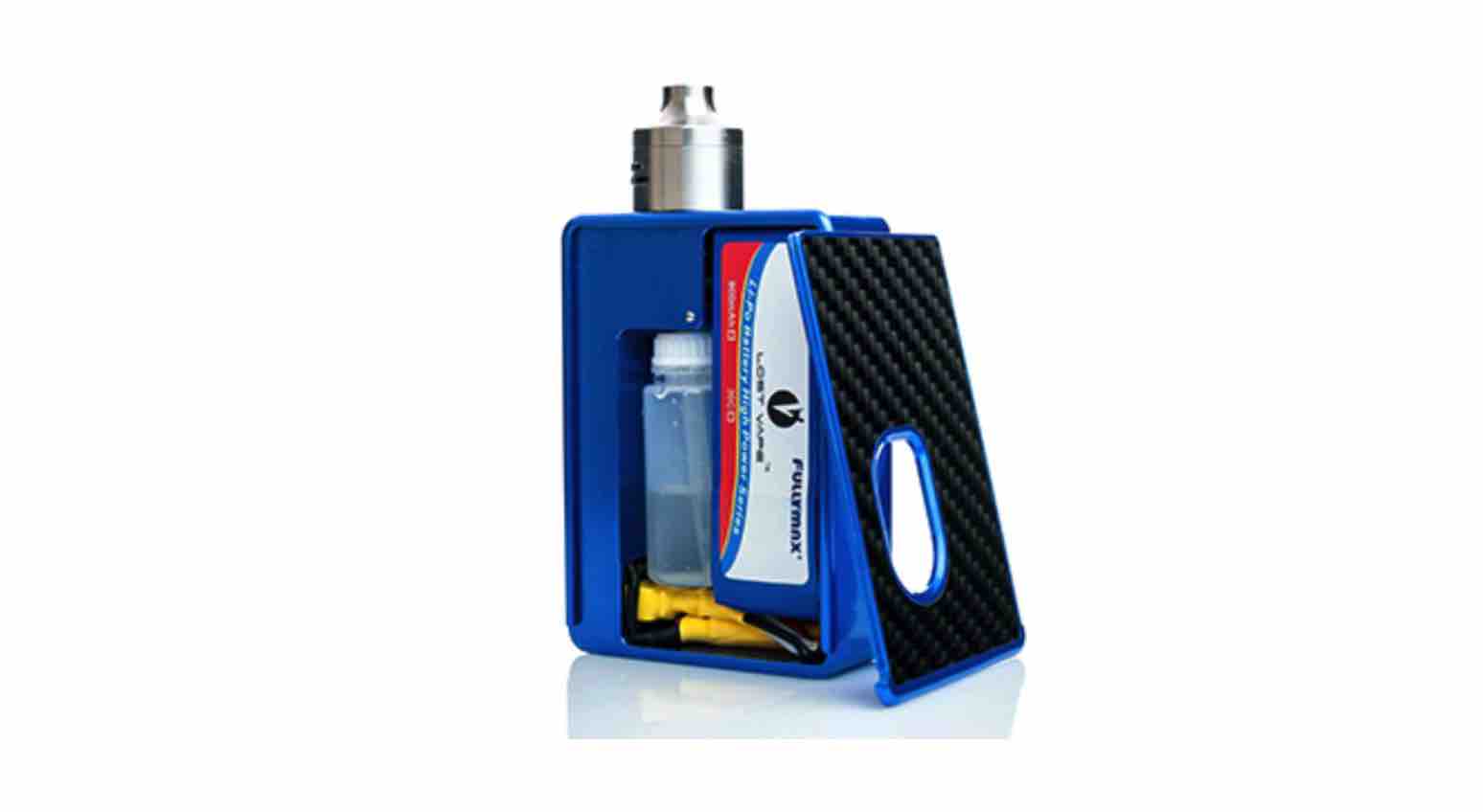 The Halcyon also features a DNA chip inside its aluminum alloy, carbon-fiber-inlaid, frame and can reach a high-power output of 200W, despite its single-cell power source.

The Pulse BF from Vandy Vape can take either a single 18650 or a 20700 cell as its main power source. With the Vandy Vape chip inside, the Pulse is a semi-regulated squonking device that can reach as high as 80W. 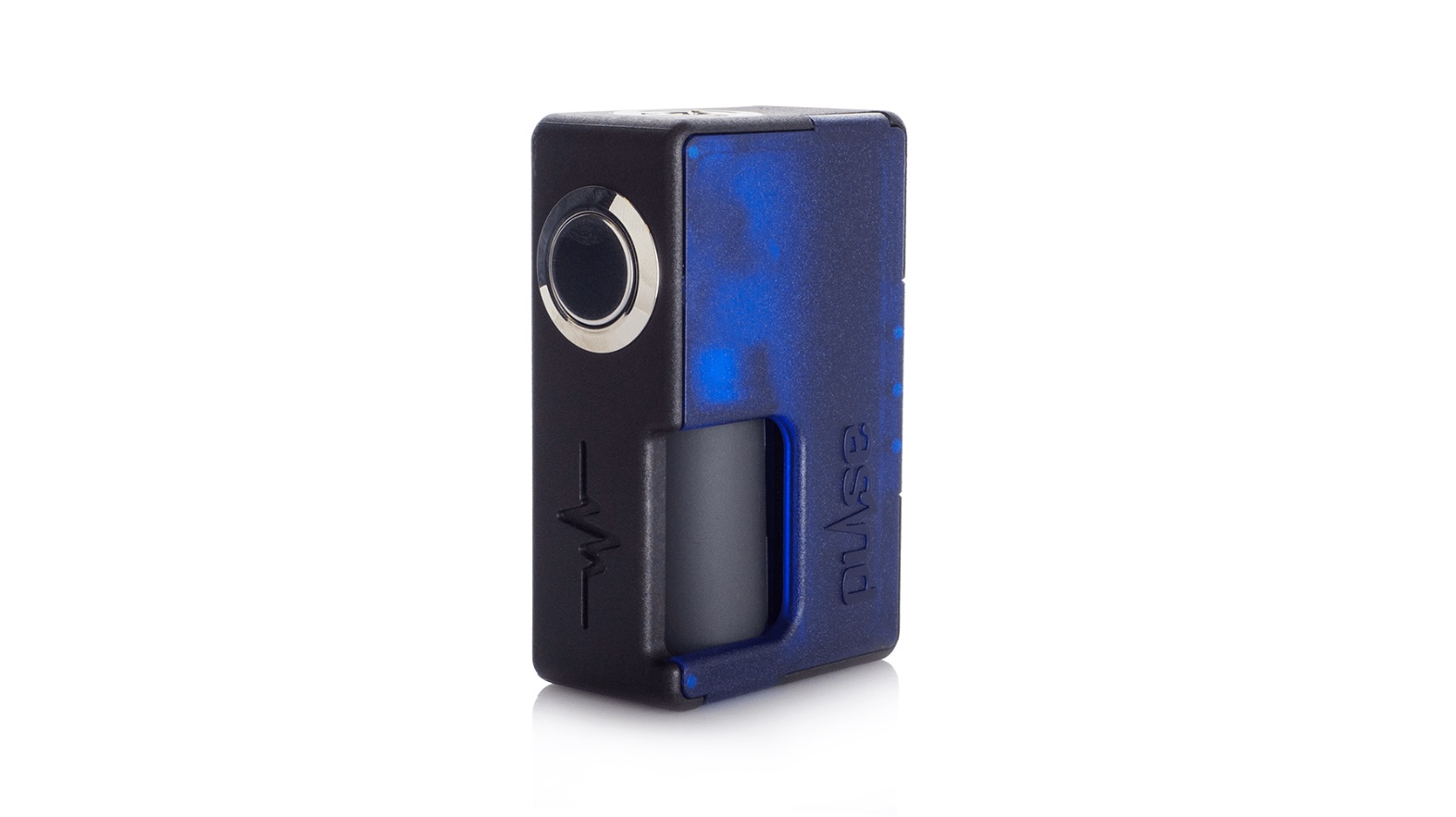 The chip also enables temperature control for nickel, titanium, and stainless steel, as well as curve settings for both VW and TC. The device has removable side panels, and it uses an internal 8ml, silicone squonk bottle.

Conclusion: A Reliable Squonker for Flavor-Chasers

The HCigar VT Inbox is a worthy entry into the squonking world. Although it is not as well-made and built as the Pulse or Halcyon, a few improvements to the design could make it comparable to those superior BF mods. The Inbox does not suffer from any major design flaws — it does have a DNA chip inside, after all.

The one stand-out problem is the loose panels. The mod is great-to-use with the second, non-essential panel removed while keeping the other one in place — you don’t want to vape with an exposed battery. Aside from that easily solvable problem, the rest of the Inbox’s features stand out. It has a fast, responsive chip inside and has excellent temperature control options.