The Lost Vape Drone 250C is a brand’s new squonker mod. The new version is not so different from the first. It maintains the triangular shape, size, and form factor. It is still a dual-18650 device and features the DNA 167W chip inside.

The new Drone distinguishes itself with a series of new color options. The battery door is also colored a transparent amber, like the color of ULTEM drip tips. The internal e-juice reservoir holds 7ml of liquid and is made from silicone, not plastic. The new device also features a three-button control panel with a unique design.

The Lost Vape Drone has a taller stature than most squonks. The squat, lowered look of other squonks, is replaced by the towering, monolith-like mod. The device had to enlarge the size of the mod to accommodate the bottom-feeding apparatus that sits under the top plate. Because of these parts, the mod measures much taller than other squonks.

The device has a die-cast zinc alloy construction, although the battery bay back-door is polycarbonate plastic. Although the mod has the option of coming in black and amber ULTEM, the battery bay door itself is not ULTEM. It only shares the same hue. The back door stays in place with a magnetic connection. 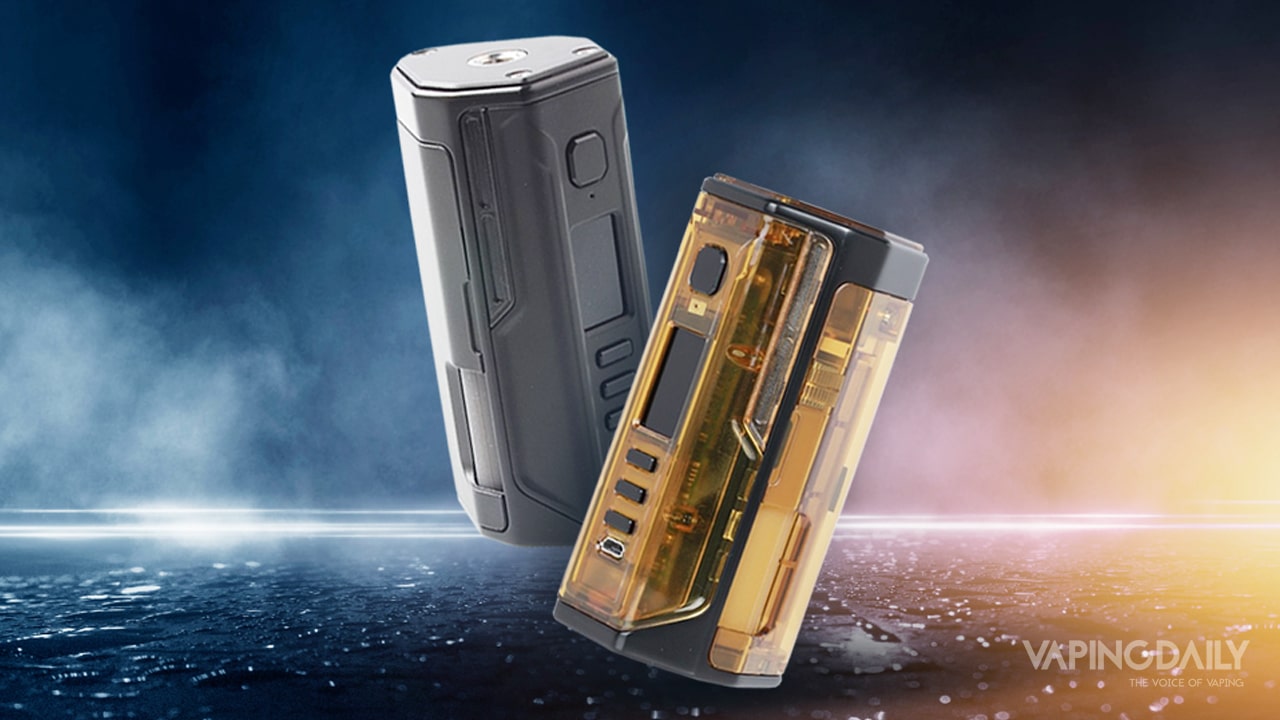 The mod shares the same shape as the Lost Vape Triade, which was a triple-cell device and had the same polyangular frame. Where the two differ is that Lost Vape replaced one cell and added a squonk bottle instead. The bottle has a capacity of 7ml and is made of a spongy (good-for-a-squonk-bottle) silicone.

The control panel on the new Drone is also changed. The original featured a two-button interface, while the new version employs three-buttons (up, down, and a selector button). The middle button lets users make their selections rather than using the top firing button. There is a USB port on the front of the device, as well. 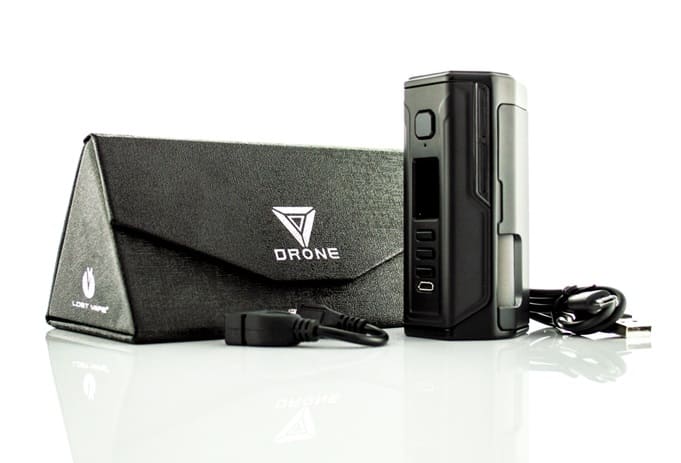 The DNA chip inside is 250C, and one of its many features is an integrated battery charger so that users can charge their two 18650s in the device. The chip also uses speedy 2A charging, which means it can evenly charge both cells in the device.

Lost Vape Drone is known for its unique aesthetic. It manages to out-class other brands by including leather-wrapped panels, carbon-fiber patterns, and flourishes of the wood grain. Those hallmarks were found on their older devices like the Therion or the Paranormal. The Drone is a departure. It falls in with more run-of-the-mill mod designs, due to its larger size. The removable back door recalls the Reuleuax’s shape, but the color scheme and design are all LV. 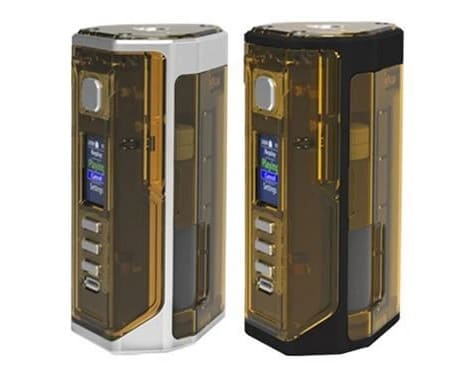 There are four different color options to choose from for the Drone. The most appealing, or the one that is least like a Lost Vape device, is the black/amber ULTEM option. This color scheme uses a transparent back cover, which is unlike any other LV device. The door for the original Drone is also compatible with the new version, so users can swap them out if they so desire.

With the two 18650 cells inside, users can expect different battery performance times, depending on the wattage, temperature, or coil resistance. The high-power output of the device can reach 167W, and DNA devices are notoriously accurate, as the previous Drone boasted a 93.7% efficiency rating. 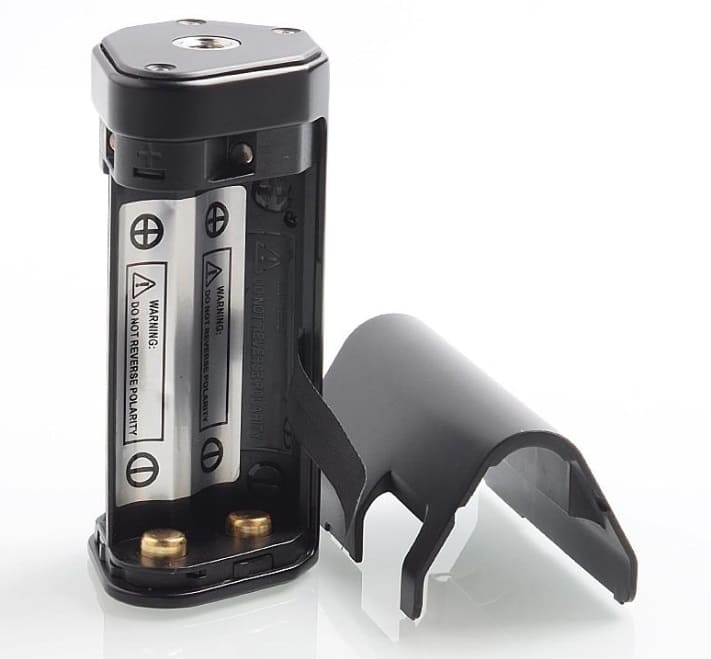 If a vaper pushes the device to its limit, then the two cells could power the battery for at least two hours. Vaping in the two-digit range might yield a longer battery life, given that the chip also includes several power-saving features like a cell balancing system that keeps the device powered evenly. Hence, battery lag is not a problem. Users can also enable the Replay function that retains the settings of a user’s favorite vape style.

The squonk bottle for the Lost Vape Drone 2 is much-improved over the previous one. The new bottle is a squishy, yet firm silicone that improves on the firmness of the original plastic design. The liquid capacity remains the same, though, and it stands at 7ml.

The Drone features a 50mm diameter atop its frame that allows for any number size of tank or atomizer. The DNA chip is a favorite among temperature control vapers, as its accuracy and precision suit the demands of such a high-performing style. Users can also use a wide variety of other vaping styles, including the Boost style, which is also a common feature of DNA chips.

Users can make use of many types of styles and features, in power or wattage mode, as the chip has a wide power range, starting at 1-167W. Users can also attach low-resistance builds onto the wide top-plate that houses the spring-loaded 510-connection. The resistance range on the chip allows for builds as low as 0.08-ohms in temperature control and 0.1-ohms for Kanthal wires. 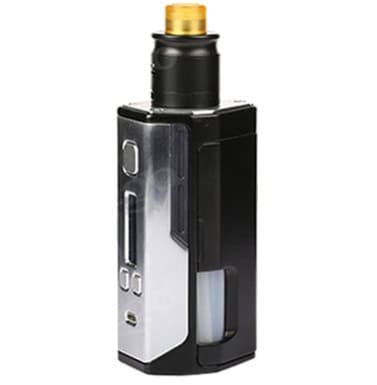 The vape is very smooth. Using a sub-ohm tank with a mesh-style coil at 0.4-ohms and 90W, the flavor profile and richness in the e-juice was evident and unmistakable. The one downside, although many would not say it is a downside, is the size of the thing.

Despite being bigger, the new Drone is lighter in mass than the original, seeing as the latter had more stainless steel in its build than the new mod. It is not portable, compact, or pocket-friendly. Given that it is a dual-battery, DNA, squonk device, however, many would be willing to overlook that fact for such a high-quality vape.

The Differences Between the Old and New Drone

The main differences between the new Drone and the old one are:

Some prefer the first Drone, and some prefer the second. The first is heavier but sturdier and durable. The second is lightweight — even with the two cells, a tank and a half-full squonk inside — and has a more advanced chip. Price-wise, the two are not that apart, as most DNA devices are more expensive than a device with a standard chip.

Where, maybe, the new device has the edge over the old one is the squonk bottle material and placement. The old mod had a plastic bottle that was not very responsive when squonk. There were also issues with the tube that ran from the container to the attached RDA, where it would twist and cut-off juice circulation. It seems that the company has now fixed those problems, and the new device has none of those issues.

The Lost Vape Paranormal is a signature, LV device that features a dual-18650 set-up, although it is not a squonk device. The Paranormal uses a DNA 250C chip and can reach a high-power output of 200W. 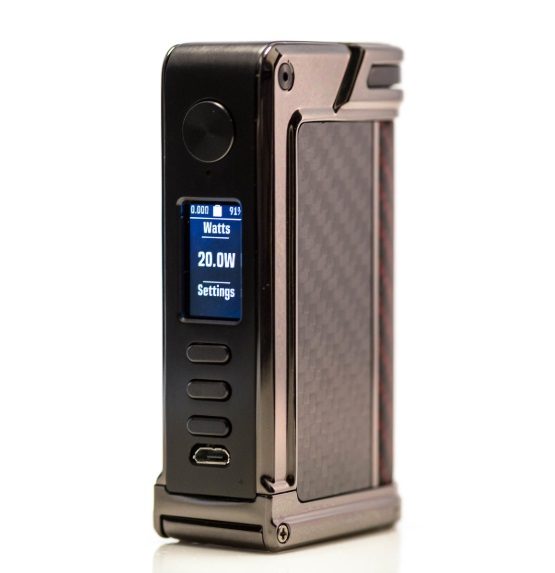 The device stands at only 91mm like the Drone, but it is slimmer and has a svelte, elegant profile. The two side panels feature resin inlay and come in a variety of colors. The Paranormal has a no-nonsense, side-OLED, along with the three-button control panel. Users can make use of the full-color screen to access the mod’s power, temperature control, or Replay modes.

The Dovpo Topside Dual is a regulated, dual-18650 squonk mod that can reach a high-power output of 200W. The unit stands at just 88m tall and uses a double-barreled design to accommodate the cells and the 10ml squonk bottle. The bottle sits independent of the cell so it can be removed without having to remove a battery door or the batteries themselves. 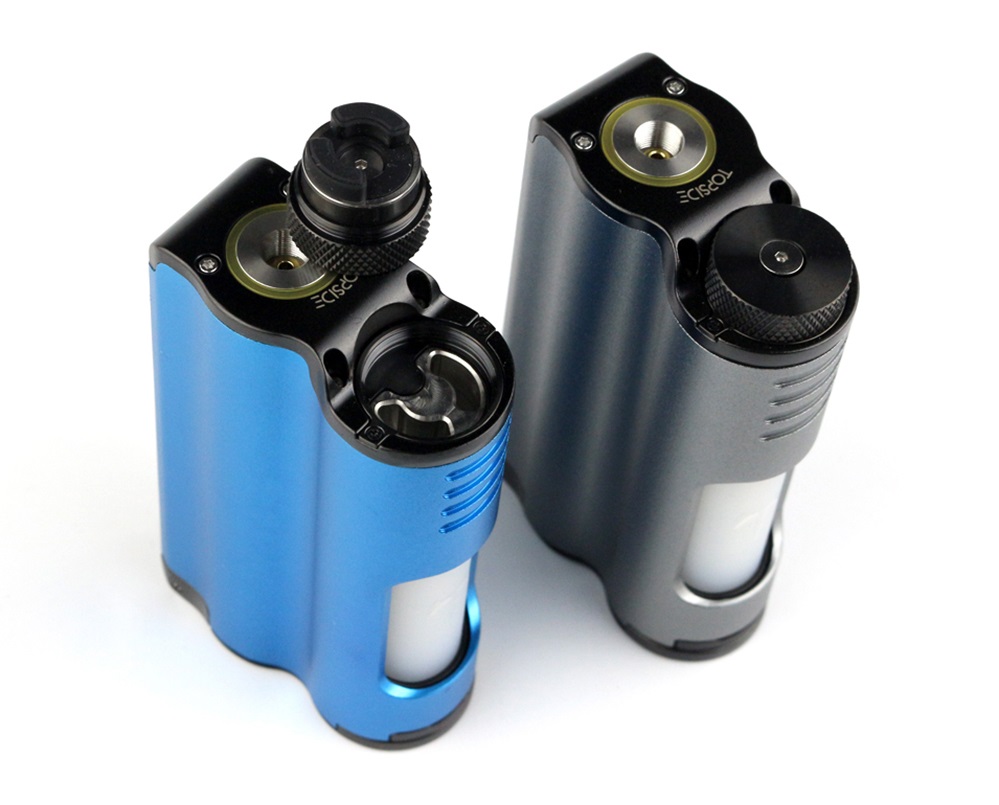 The unit has a small, 0.96” OLED on its front and uses a three-button control panel. Users can vape in wattage mode, temperature control, and even Bypass mode thanks to its internal chipset.

Final Thoughts: The Vape Everyone Wants

The Lost Vape Drone is a well-made, high-performing squonk mod from one of the most respected vapes and chip makers of all time. The device boasts all the quality and high-tech innovation of the 250C DNA with the well-built, aesthetically unique exterior of an LV device.

The new Drone comes in six color options and can output a maximum of 167W, like its predecessor, but it also features things like the Boost and Replay mode that made the original so famous. The DNA chip also has Escribe compatibility so users can design their preferred vape settings and then upload them to the chip.

Lost Vape and DNA never fail to impress. An LV/DNA mod is the one every serious vaper wants to have and maybe does, but it is often out of the reach of most vapers. The dual-18650 squonk mod is something that they have conquered along with all their other mods.

Are you a fan of Lost Vape and the DNA chipset? Is this the DNA device you most want, or are there others? Let us know in the comments section below. 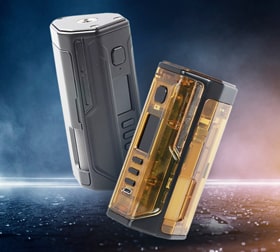