Making a disposable vape that stands out from the crowd is a tricky thing to do, but the Maskking company did it. They have a whole line of disposables with outstanding flavor, one of which is the Maskking High GTS. This high puff count disposable vape comes in plenty of amazing flavors and is available at an affordable price.

This Maskking vape is pretty unique, which is quite an accomplishment considering that disposables are highly generic. It has some one-of-a-kind flavor and a highly efficient battery, not to mention an outstanding design and high-quality build. Also, it is effortless to use and compares well with its competitors. 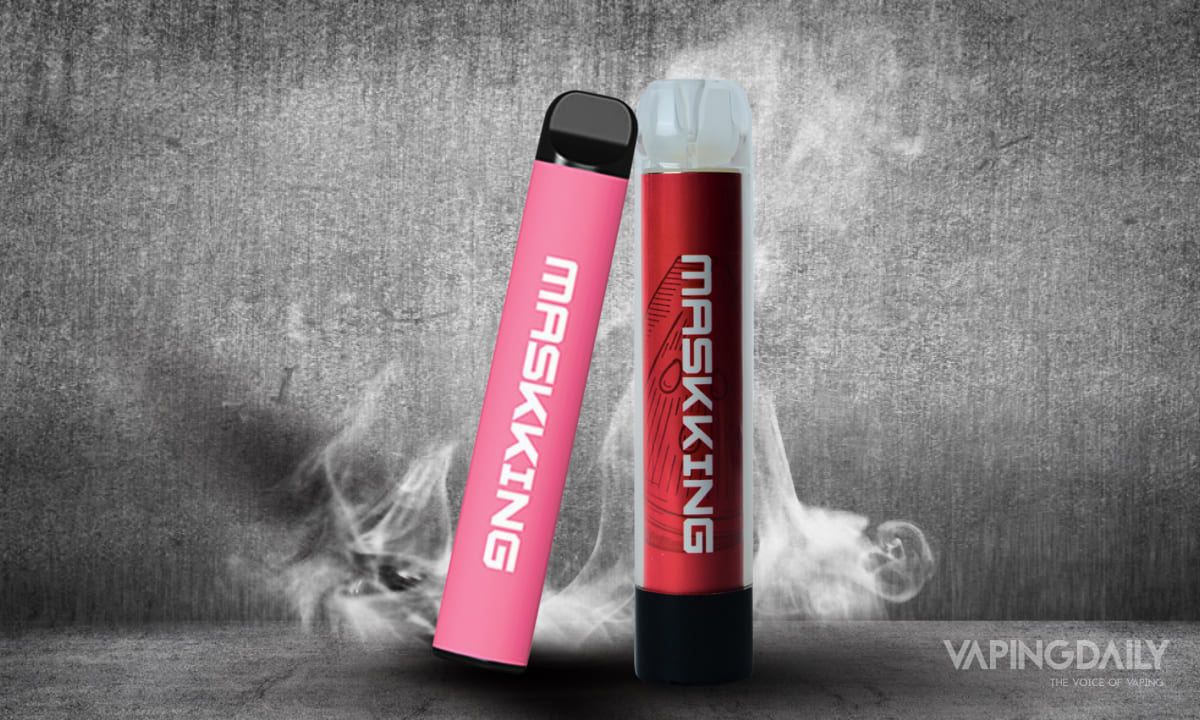 The Maskking High Pro Max is an interesting little product worth looking at because it compares very well with the GTS.

Pro Max’s most significant advantage over the GTS is that it has plenty of ice flavors, such as mango, lush, apple, and peach ice, not to mention cool mint.

But it has a smaller 850 mah battery with roughly half the puff count of the GTS. Also, it has a strangely designed mouthpiece that looks like a snake tongue, and it is hard to see the point of that design.

Maskking High GTS is very comfortable in hand, and it is easy to carry around in a pocket, purse, or suitcase. It is also lightweight so that it is barely noticeable when in a pocket or purse. It also has a very comfortable mouthpiece that is well placed and conducive to producing a nice cig-a-like draw.

Another good thing about the Maskking vape is its stainless steel body. The steel body does a better job of protecting the vape’s guts than other materials like plastic.

The only thing people may not like about the design is that it is way overbranded. The brand’s name is written in giant, blocky letters across the vape’s body.

This problem is so common with disposable vapes that it is getting annoying pointing it out. Unfortunately, many companies neglect to include tobacco flavored vapes in their arsenals, and even more of them leave out coffee-flavored disposable vapes. 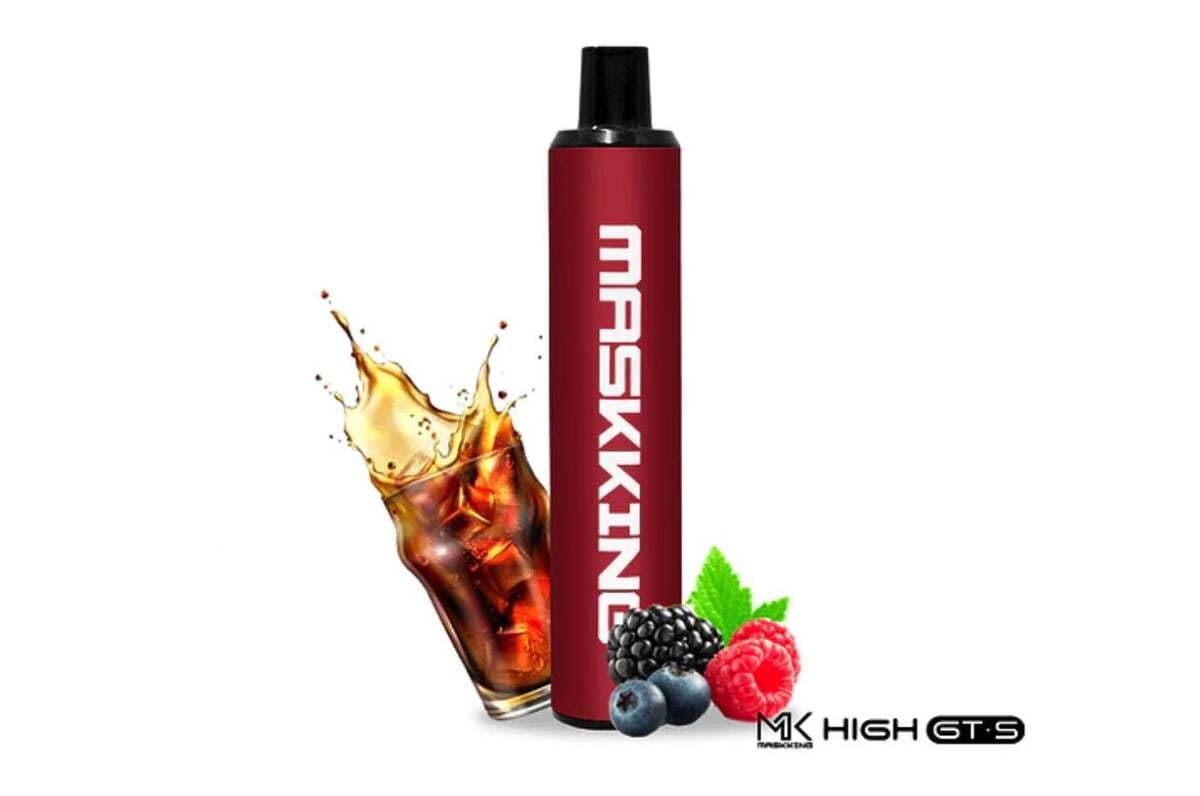 What is with that?

The Maskking company at least has a cigar-flavored vape, but there is no coffee flavor.

This array of options is fantastic, especially cigar cream tobacco, but it would have been nice if they had included some more ice and menthol options. However, the flavors are robust, and they do not have the watered-down taste typical in many disposables.

The mesh coil likely helps with the flavor because they do a better job at more evenly burning and vaporizing e-liquid.

The vaping experience is fantastic.

Again, one cannot say enough about the flavors. They are very full-bodied, and the vaper will taste every bit of vapor inhaled. This is especially true of the cigar cream tobacco and raspberry coke flavors.

Some of the strawberry flavors are a bit overpowered by the other flavors present in the liquid, like strawberry lychee and guava kiwi strawberry, especially the latter. But they are still great liquids. 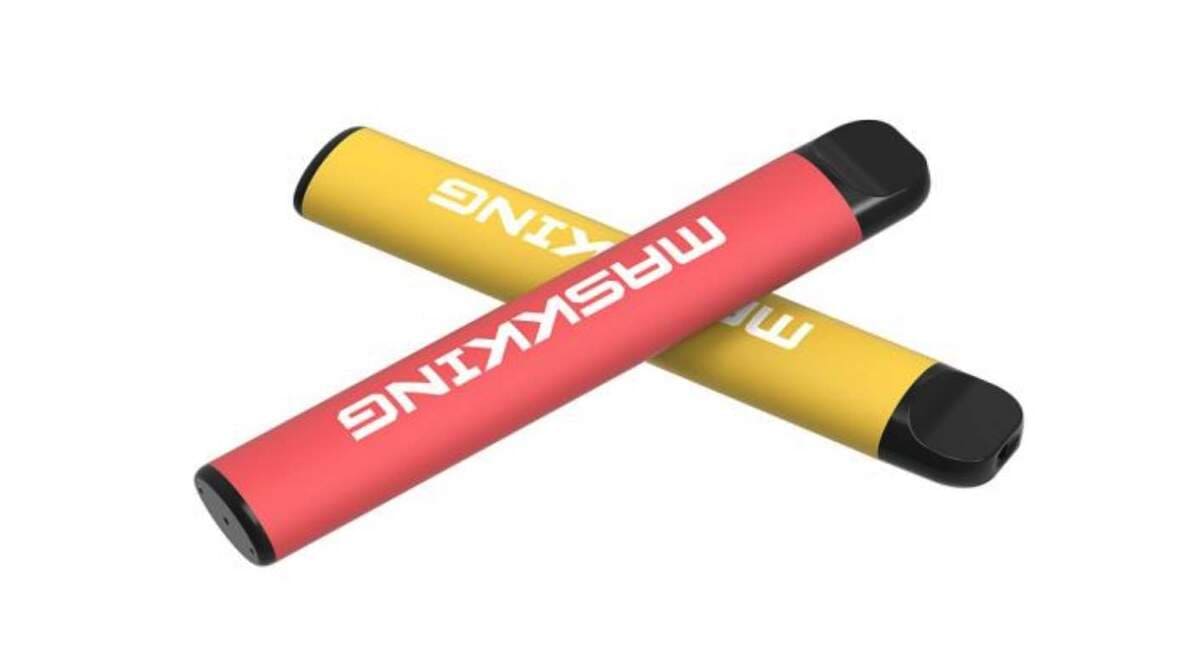 Another reason the vaping experience is outstanding is because these Maskking vapes last a long time but not too long. 2,500 puffs per device are just where a disposable should be. Also, considering that these vapes are selling for less than eight bucks, that is a very nice bargain.

There is not a whole lot that detracts from the vaping experience except for the lack of a coffee-flavored vape and only one ice flavor.

This Maskking vape has a 1,500 mah battery inside, which is more powerful than many pod mods. Also, the battery is cobalt, and cobalt batteries are well-known for their superior discharge efficiency, longer storage time, and stable output. Readers would be surprised at how much those factors influence the flavor, but they do.

How to Use the Maskking High GTS 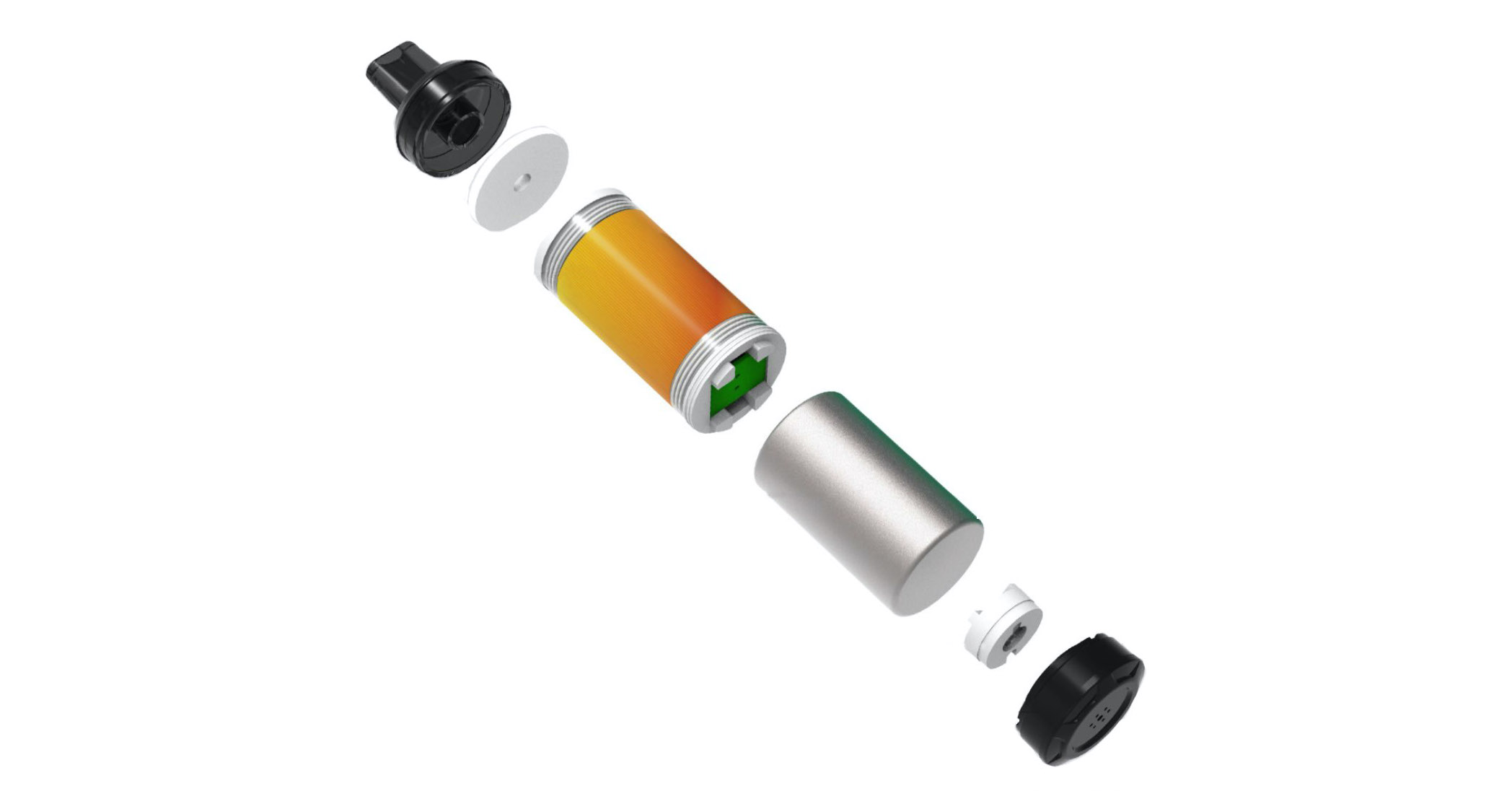 Like almost every disposables, the Maskking vape is very easy to use.

How Many Cigarettes in a Maskking Vape?

One of these vapes is the equivalent of around 350 cigarettes so it will last a very long time.
Someone who smokes a pack or two packs of cigarettes a day can expect this Maskking vape to last one or two weeks. When it stops producing vapor, throw it away and grab a new one. 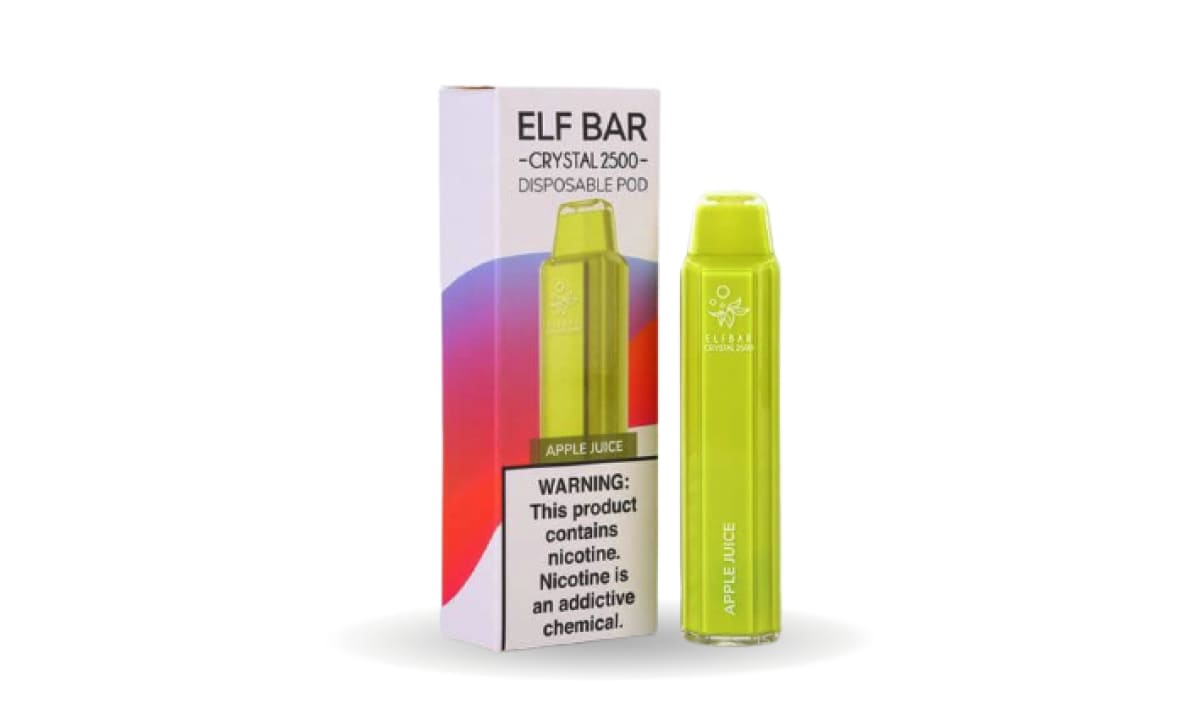 The Elf Bar Crystal has a few advantages over the GTS. It has more ice flavor options and stronger five percent nicotine.

However, the GTS is less expensive than the Elf Bar Crystal, and it has a tobacco flavor. The Crystal has no tobacco flavors, unfortunately. 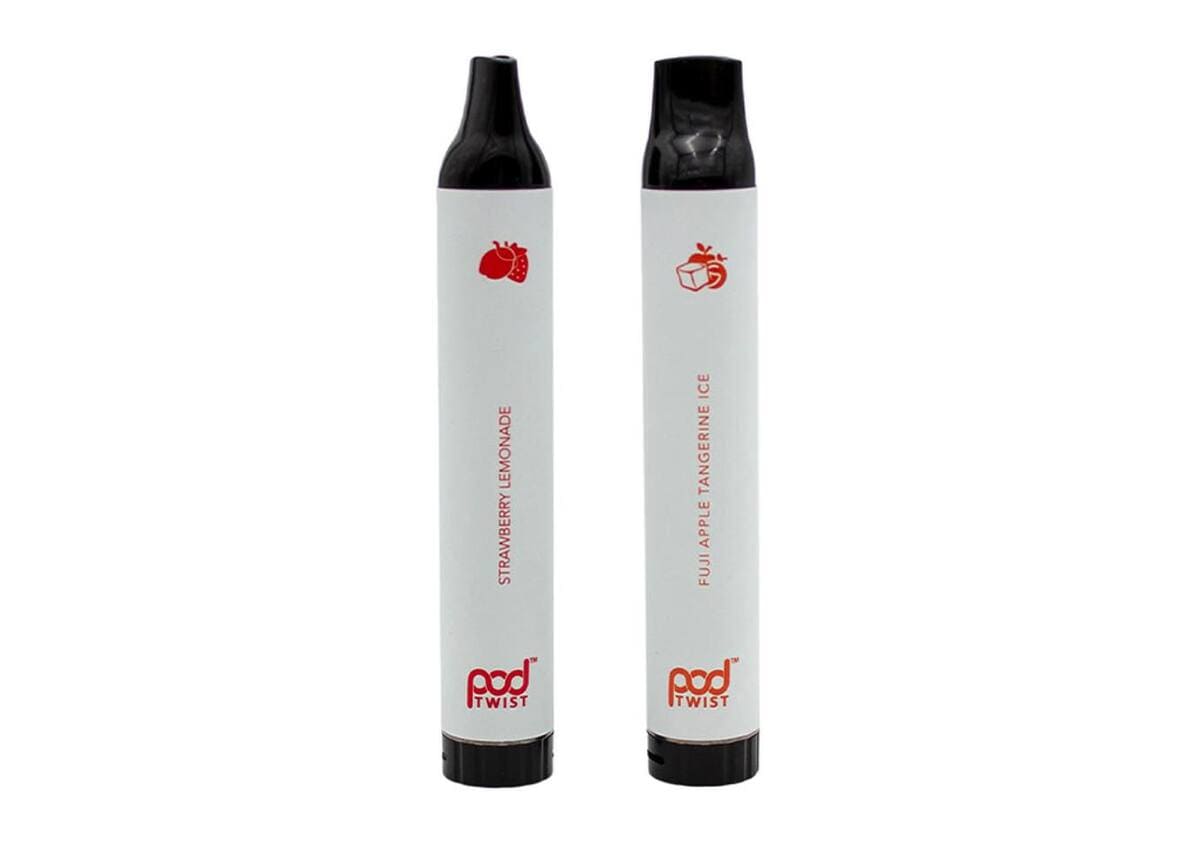 The Pod Twist is another 2,500 puff disposable vape. Its big advantage is that it has a lot of dessert flavors, like cookies and cream and glazed donuts, not to mention a lot of fruit flavors and a good selection of ice flavors.

The GTS’s advantage is that it has a tobacco flavor, and while the Twist vapes have a lot of good flavors, they do not have one of those, which is a big oversight on their part. Also, the GTS is cheaper and provides more bang for a vaper’s buck.

The biggest thing to point out about these products is the price. As earlier said, it is the equivalent of one to two weeks’ worth of cigarettes for under eight dollars. Can anyone anywhere find a better deal than that? Not likely.

Another thing in their favor is the flavor. These are an outstanding selection of flavors, and they do not have that watered-down taste that characterizes a lot of disposables. Plus, there are a lot of puffs in every vape.

The only areas needing improvement are some of the flavor options and the nicotine content.

There is no coffee flavor and only one ice flavor. And it would be nice if they had some five percent nicotine vapes instead of only four percent.

Despite those two cons, the manufacturers deserve a lot of credit. They created a very flavorful product line that is a joy to vape.

If you have tried these vapes, let us know what you think about them by commenting below.