The Wotofo Troll X: A First-Hand Look at This New RTA

The Wotofo Troll X is a 24mm RTA with a postless build deck and unique interchangeable airflow inserts that can be taken in and out without removing the coils. This is in addition to the bottom-controlled airflow.

It has a hardy build quality thanks to its stainless steel construction, and it can handle single and dual builds by securing the leads via side screws. The Wotofo Troll X is excellent for people who want something that provides an amazing vaping experience while being easy to work with.

This tank is very well made, and it has a lot to offer. When vaping it, the first thing that sticks out is its excellent flavor. It is very accurate and gets the most out of every juice put in the chamber.

It is noticeably better in regards to flavor than is the case with many RTAs, especially when the airflow is tightened while the honeycomb insert is in the tank. It also helps to vape between 60 to 75 watts.

RTAs produce a lot of vapor, and this one is no exception when paired with the right box mods. One draw from the Wotofo Troll X will enclose the user in a thick cloud of vapor.

A few more will fill the room in a dense layer of clouds. This is thanks to the two 0.33 ohm Ni80 Clapton coils included with the kit. 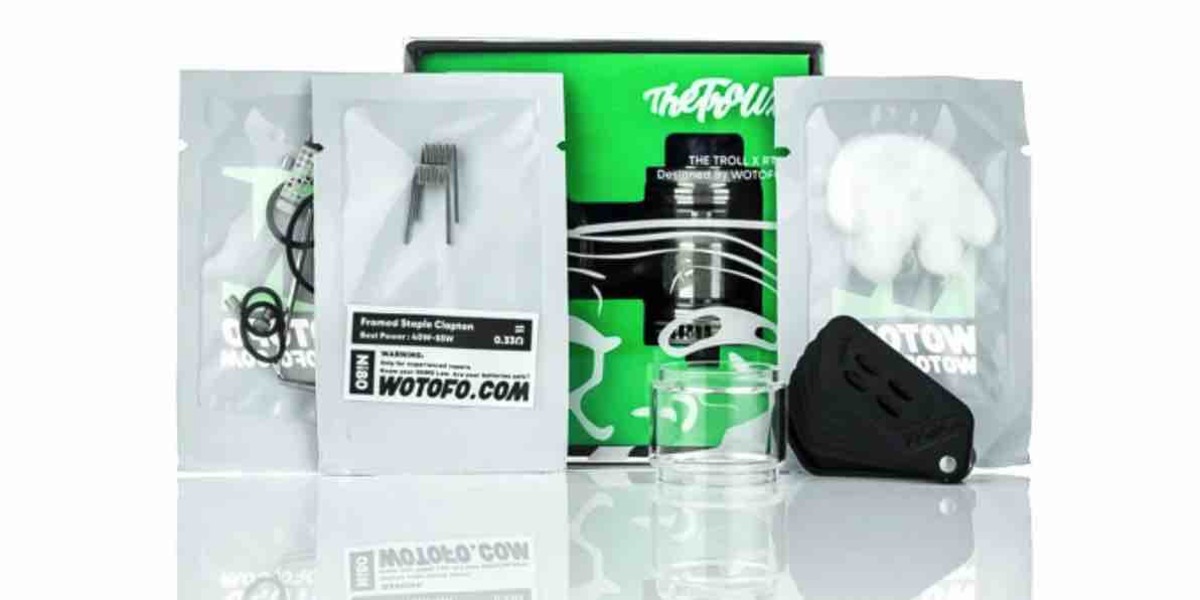 In addition to the two 0.33 ohm Clapton coils, the package comes with several more useful accessories. There are:

However, the best accessory is the 4.4 ml bubble glass.

The build and design quality is pretty good, although it could do without “troll face.” This new version is 24mm in diameter, made of stainless steel, and it has knurling on the base and the top cap.

The knurling makes it easier to take apart, and it sits flush with any box mod with which it is used. Sitting above all that is a very comfortable 810 drip.

The parts are all well machined, fitting together quite nicely. The build is solid. As for the design, that is a pro for this tank as well. There is not much branding, save for the troll face on the chimney, and there are many colors from which to choose.

Getting back to the build deck, as mentioned, it is very spacious, allowing it to support large dual and single coil builds.

Wotofo did an outstanding job with the airflow. It has an airflow control ring at the bottom with inlets that hit the coils directly via airflow inserts that spread the air all around the wires. This helps to improve the flavor of the juice.

The two airflow inserts are honeycombed and slim grooved, and they can be removed and inserted without taking out the coils. This is what the Wotofo website calls “push-pull switching.” It is one of the best features of the RTA.

This tank arguably has the most flexible airflow in the industry, thanks to those two airflow inserts.

The Peculiarities of Wicking With the Wotofo Troll X

Wotofo recommends using 6 mm coils, but anything between 5 and 5.5 mm will work, too. They may even work better because shorter wires sit closer to the airflow.

In addition, this will reduce the chances of leaking because of over combing wicking, which can be a problem because of the capillary action.

The leaking may sound like a deal-breaker, but it is not. It still vapes great. Just try to make those legs a little shorter than what Wotofo recommends while not over combing the wicking.

How to Use the Wotofo Troll X RTA: Step-by-Step Guide

This RTA is straightforward to use, and it is easy to figure out with the help of the manual, the tools in the kit, and some attention to detail.

First off, make sure to use the coil measurement cutting too. Measure the coils out to anything between 6 and 5 mm and cut them.

After cutting the wires, stick the leads into the deck and use the screwdriver to secure them while making sure the leg from each coil is in a different block.

Assuming that the battery is charged, fire the coils several times until they burn evenly.

When the coils cool down, insert the cotton wicking, and then trim them so that the ends extend slightly past the tank’s base. Once that is done, comb the cotton and push the ends into the juice well. Remember not to comb them too much, though.

When this is done, put the RTA together and prime the coils by dripping nicotine liquid onto the wicking and juice well. Allow five to ten minutes for the liquid to soak in.

Next, fill the RTA by pushing open the top cap and inserting a nicotine liquid filled syringe inside the fill port. Fill to capacity and then close the top cap. Give the liquid a few more minutes to soak in, and then start vaping. 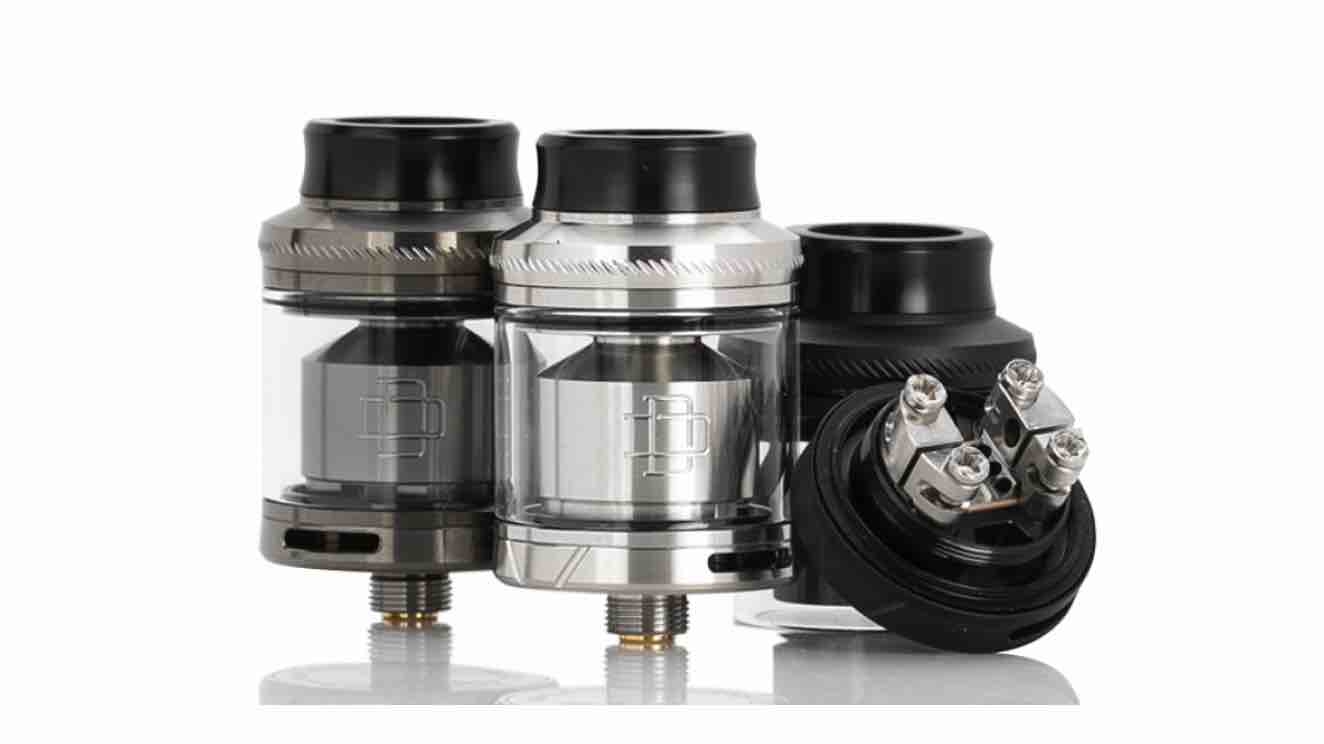 There is so much to like about this RTA that it is impossible to mention everything. But, the main pros are that the build deck is easy to work with, airflow is excellent, and the package comes with plenty of accessories. This makes it one of the best dual coil RTAs available. The only con is that working with the wicking is challenging. But trimming the coils slightly shorter than what Wotofo recommends nips that problem in the bud.

If you have used this RTA and feel like commenting, you are more than welcome. Please leave your thoughts below in our comments section.