Things have a way of changing overnight here at vapingdaily.com. One day I’ll be sent high-wattage devices with all the latest technology and chipsets built-in to them, and the next day I’ll be sent something on the opposite side of the spectrum either a low-wattage device or an established legend like the Innokin iTaste MVP20W.

And speaking of that classic mod and it’s low-wattage output, today I’ll be reviewing a new device from Eleaf, which tops out at a maximum output of only 30W, the Eleaf BASAL. Now, I have been hard on Eleaf in the past.

The Eleaf iKuu performed adequately; the Eleaf iKonn was a nightmare concerning its build, functionality, and screen size (although the cloud and flavor were decent); and then I made a comparison review between the Eleaf iStick and another Innokin device, the updated version of the MVP, the MVP4. I thought the MVP4 would take that one easily, but it didn’t turn out that way.

So, here is a new Eleaf device on my desk, and of course, I will put it through its paces, but I must say, it does look very sleek. I’m a sucker for good-looking devices, the vain and superficial rascal that I am. But, of course, that’s only at the beginning. I can appreciate a good-looking device, but if it doesn’t deliver on performance, functionality, and customizability, then, as William Morris said, nothing useless can be truly beautiful.

Here’s what you’ll receive in your Eleaf BASAL kit:

Like I mentioned in the intro, just by looking at the box art and the image on the cover, I could already tell that this would be the start of a beautiful friendship. The BASAL is one of the finest-looking devices I’ve seen in awhile.

It’s is elegance and refinement, defined. It has an all-metal build, and it feels like it since it does have some weight to it at close to 150g, but that kind of heft means two things: quality and durability. And it’s funny that I did a retro review of the Innokin iTaste MVP 20W, since that device and the Eleaf BASAL have very similar shapes, with straight edges and long bodies. 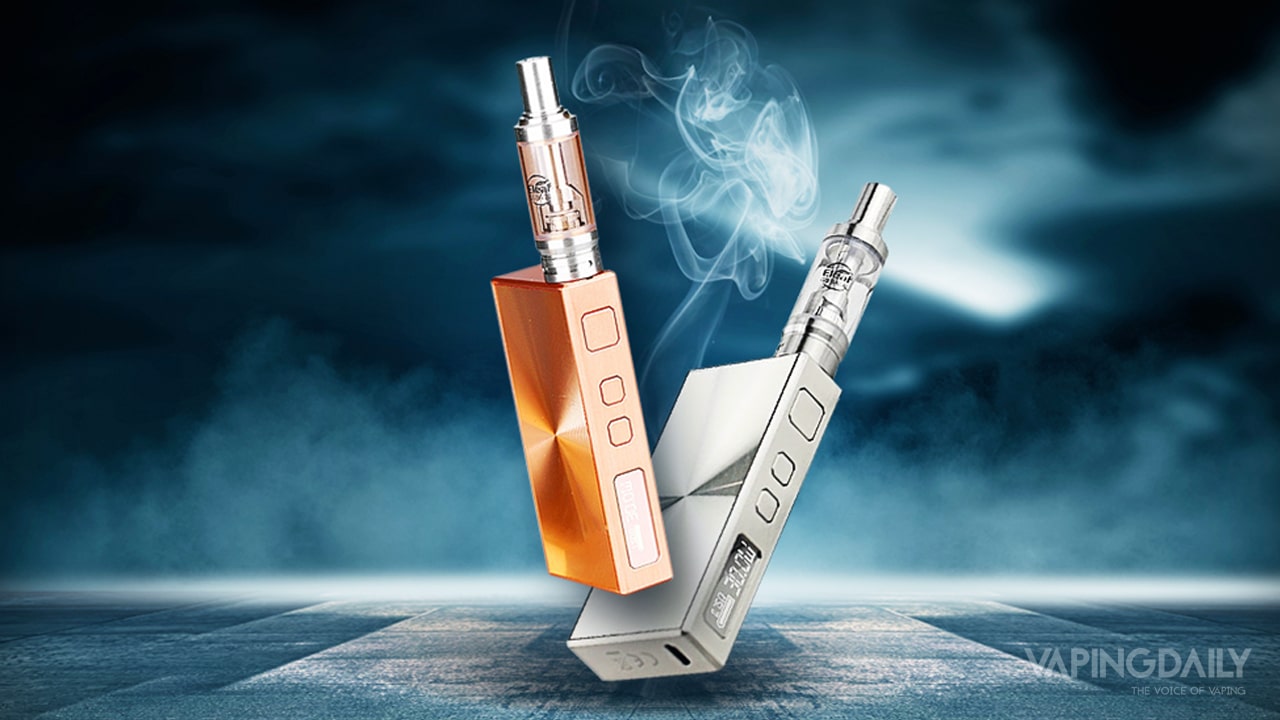 The Eleaf BASAL, however, reaches higher on the aesthetic plane for being so minimalist and chic; it is hypnotizingly beautiful. And it’s the small details as well, such as the button design that adds to its overall greatness.

The buttons do not protrude. They are so well-integrated into the mod; they keep in line with the overall design of the BASAL that stresses simplicity and subtlety. The buttons recess into the mod’s side, but their lines are clear and well-defined, so you can find and use them easily.

The buttons, of which there are three (power, up and down) are placed right above the OLED screen that is slight, but that’s perfect for a device that only outputs 30W and has just one output mode, variable wattage. The USB charging port, however, is placed out of sight on the bottom of the device, which many may find fault with, and I’m not sure if I’m one them. 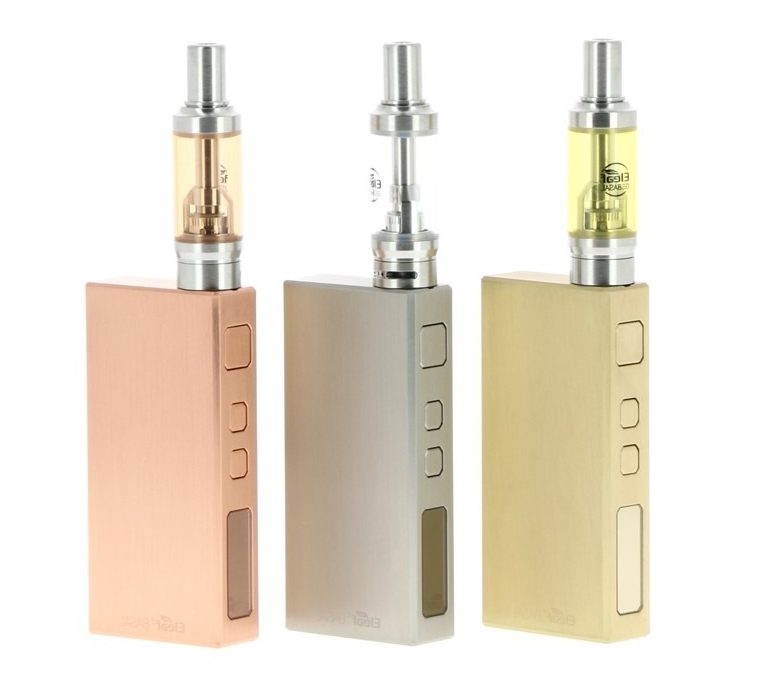 I can understand why people don’t like the USB port on the bottom since you then can’t stand the device anywhere when it’s charging. And if the tank is attached then you run the risk of leakage, but I’m willing to overlook that now, in favor of seeing how well the device performs.

The BASAL is not only a step-back from the cloud chuckers and super-sized, muscular devices, in looks and design, since it’s tank and coil options can still offer great direct lung hits, and sub-ohm vaping while also providing for mouth-to-lung vaping.

The BASAL kit comes with a GS BASAL tank that was specifically designed to pair with this mod. The tank is also well-built, and well-made from all stainless steel (apart from the glass tube) and features a bottom-fill tank.

The airflow option is also designed to appeal to both direct lung and mouth-to-lung vapers since it incorporates both pinpoint holes and wide slots, for maximum customizability. With the GS BASAL attached the entire mod reaches a height of little less than 130mm. And at only 15mm wide, and 36mm across, the BASAL is just begging to be taken everywhere.

So we’ve gone through how toned-down and streamlined the Eleaf BASAL is concerning its looks and design, and those qualities can also be found inside the device. The device outputs at only 30W, and it only has one output mode, which is variable wattage.

There’s no temperature control or power modes or custom curve control. It’s straight-up vaping, take it or leave it. There are some superfluous features on the mod that don’t affect the vaping of the device, like putting it into stealth mode, or being able to flip the screen but other than that; the BASAL is remarkably easy to use.

You turn on the device with five clicks of the power button. The initial screen readings will display wattage, battery life, and the resistance of your coils. But you can also change the screen to display a puff counter or a vaping timer instead of a resistance reading.

Eleaf BASAL: the Variety of Sensations

I failed to talk about the 510 connector pin on the BASAL initially. It does have one! But, seriously, because the BASAL is so slight and thin, putting anything onto the device that isn’t the specially made GS BASAL would be awkward.

You might have to dust off your old clearomizers or other e-cig tanks to use with the mod. But even something as small as the Aspire Nautilus, which still measures wider than the mod’s 15mm width, would not be the best option to use on the BASAL.

So, some might find this as a con – the fact that attaching any other tank onto the device, unless you can find one as long and thin as the GS BASAL is not possible. Nevertheless, with such a well-made device that has both sub-ohm and mouth-to-lung vaping capabilities, you won’t need to stray far to get great tasting clouds.

Again, another con some die-hard cloud-chasers might find with the BASAL is its small tank capacity that takes only 1.8ml of e-liquid. But this type of device is not made with cloud-chasers in mind. They’ll take one look at this device, and its 30W output, 1500mAh battery capacity, and instantly turn their noses up.

The GS BASAL tank is bottom-fill, which was a nice change from all the top-fill tanks I’ve been using lately. All the parts of the tank can be removed with little effort, and the proprietary drip tip on the tank fits snugly in the chimney hole. 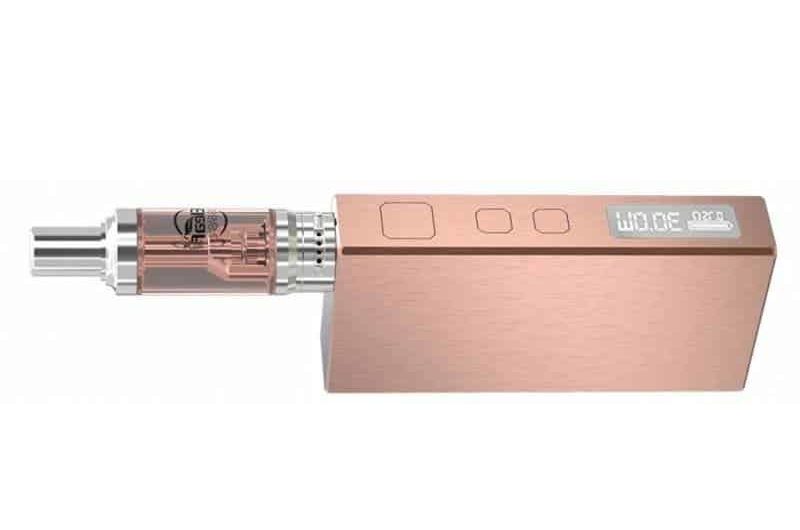 I loved the ease with which the entire device came together. You unscrew the atomizer base, fill the tank, screw it back on, and then you attach it to the device. You turn on the device, and you’re ready to vape.

The coils on the GS BASAL allow for both direct lung and mouth-to-lung vaping (which I think I’ve said a million times already). I used the 0.7ohm coil first, and it vapes ideally at 25W, so that’s what I set my wattage at. The vapor tasted great, and the clouds were satisfactory, for 25W.

The 1.5ohms coil performed better, for my tastes, since I enjoy the flavor more than clouds. I went straight to the maximum vaping wattage recommended, at 20W and I was sent to flavor heaven.

I wasn’t sure how to take the fact that on a 30W mod the included coils could only take a maximum of 25W, but finding an atomizer to attach to the tank to get to that 30W maximum shouldn’t be hard. And with only five watts of difference, I don’t think there would be much change from 25W to 30W.

What the Eleaf BASAL Has Against the Other

Since the last device I reviewed was a 20W device, I decided to compare the Eleaf BASAL with the Innokin iTaste MVP20W mod to see how the lower-wattage devices would stand off against each other. The MVP20W does have the disadvantage of being a little older, and its design, while utilitarian and practical, was not much to look at, and seems a little out-of-date.

The Eleaf BASAL does, of course, have a higher power output and sub-ohm vaping, which the older Innokin iTaste MVP20W does not have, but it is a victim of its time since it came before sub-ohm vaping caught on in late 2014.

However, as much as I’m in love with the BASAL one aspect where the Innokin MVP20W has it beat is its versatility. The MVP20W had an eGo adapter so you could attach your eGo tanks to its 510 connectors.

While you could theoretically attach another tank to the BASAL, its design would result in some ridiculous overhang, and just throw off the entire raison d’etre of such a sleek device. So, for that feature alone (plus, the fact that you could ((and you still can)) use the MVP20W as a power bank) I have to give it to the Innokin iTaste MVP20W.

I’ve already gushed enough over how attractive and stylish the Eleaf BASAL is.

You know where I stand.

I’m putting on my cloud-chasing and die-hard vaper hat right now so I can excoriate this fantastic, good-looking device to say that it does not come with a lot of customizability.

The Eleaf BASAL, with a shortage of features and a simple three-button interface, is as easy to use as an elevator call button.

I’ve always been a fan of companies including different types of coils in their kits, so the fact that you could still sub-ohm vape on a 30W I found useful.

For such a beautiful, well-made, well-performing device that is sub-ohm compatible and is a joy to hold and take with you, and priced at under $40, you can’t go wrong.

Should You Get It?

Get this mod. That’s it. Stop reading this review and get this mod. The Eleaf BASAL is beautiful and not useless. It’s portable, has the right amount of power output to produce a satisfyingly supple vapor, and did I mention its beautiful?

Of course, it doesn’t appeal to everyone, but sometimes you can’t make everyone happy. But the Eleaf BASAL made me happy. It’s just the kind of simple, easy-to-use, uncomplicated device I need in my life right now.

One comment on “Eleaf BASAL Review: A Refined, Toned-Down Kit From Eleaf”