Just right off the top, I would recommend getting this mod in the wood grain option; a beautiful-looking product. This mod has over six different color options, but the wood grain goes well with the rest of the device regarding stylishness and appearance.

Ok, so enough of my superficial traits. The Eleaf iStick QC is a slim, minimalistic box mod (although “box” isn’t the best way to describe its shape) that features a 200W output and a not so over-burdened design. There is no OLED screen or another touchscreen on this mod; it has a simple digital readout that tells you the temperature, wattage and coil resistance.

The iStick QC contends that it is a 5000 mAh device, although I don’t believe that to be true. I think there is a three-cell lithium-ion pack inside, but the batteries run in a series, not parallel.

Batteries that are in a series means the cells sit at opposite polarities, with one cell sitting one way and the next battery sitting oppositely, so it forms a chain of power. If the cells were two parallel 18650 batteries, I could see the mod having a 5000mAh rating, but as it is, if you divide 5000 by three then the mAh is closer to 1600mAh. 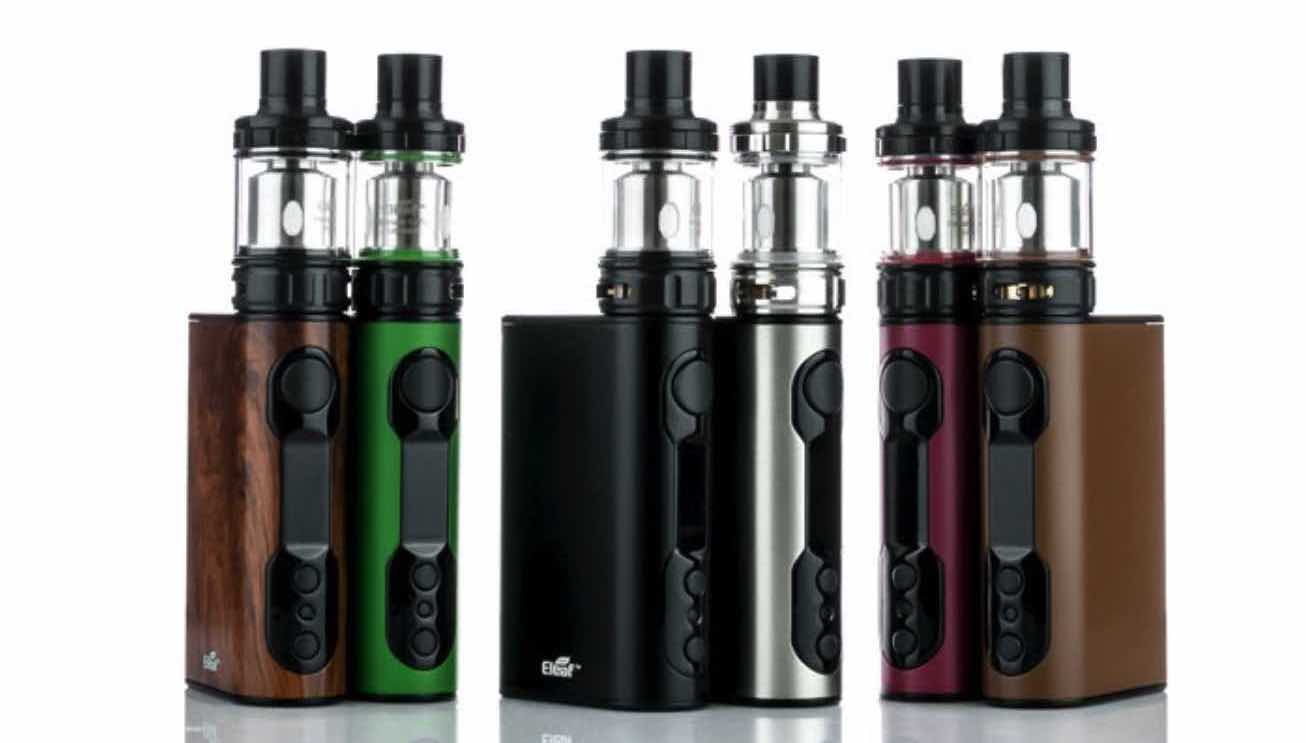 The kit also comes with the recently released Melo 300 tank with ES 0.17 ohm kanthal coils that features six different coil rods. The tank has a proprietary drip tip from Eleaf so it’ll be hard to swap it out for something else.

In your Eleaf iStick QC 200W kit, you will receive the following: 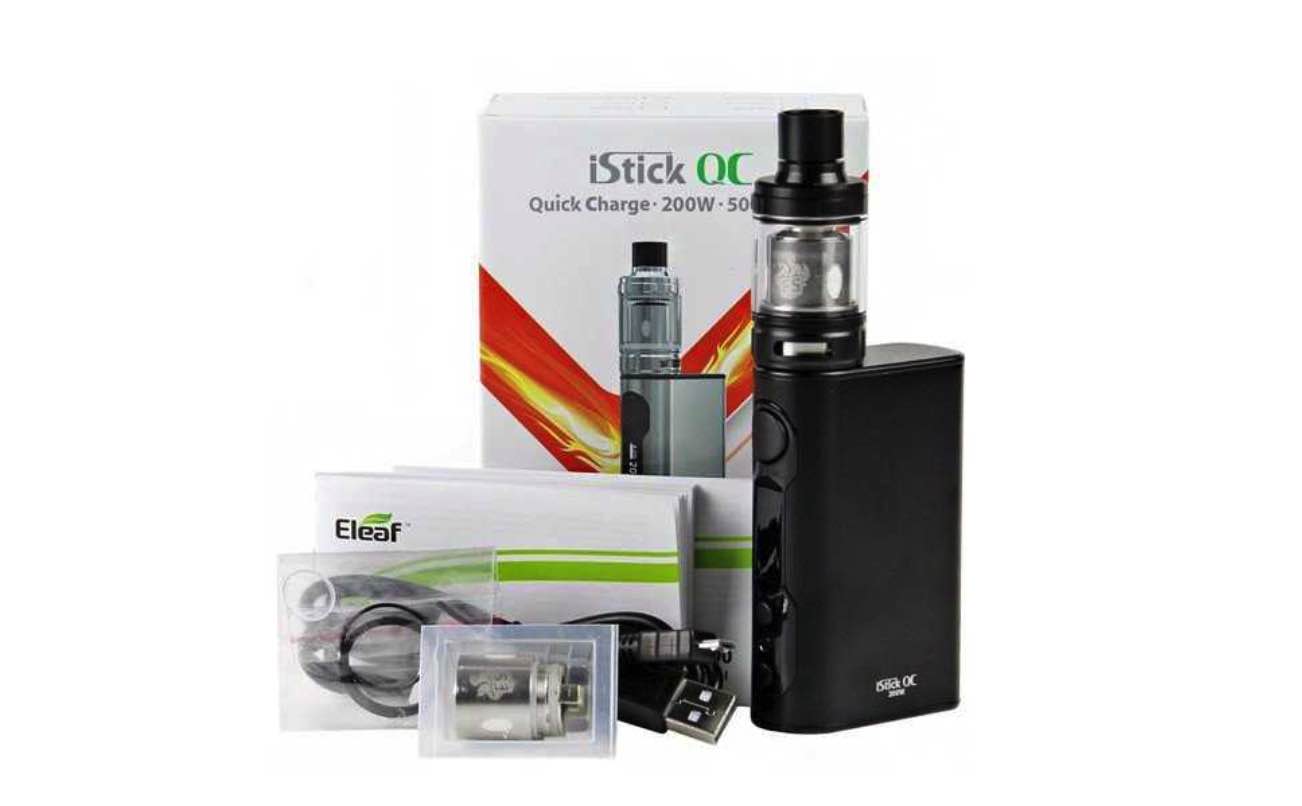 The Look is Everything

I liked that the screen on the iStick QC doesn’t ultimately take over the screen like with some other mods. It has a simple purpose and is not meant to the main feature of the device; the main feature, of course, would be how well it vapes.

With that said, the screen is quite small, and in the wrong light, would probably be impossible to see. On either side of the screen, you have the firing button and the selector buttons, which are plastic and harken back to the days of clicky firing buttons on mods. 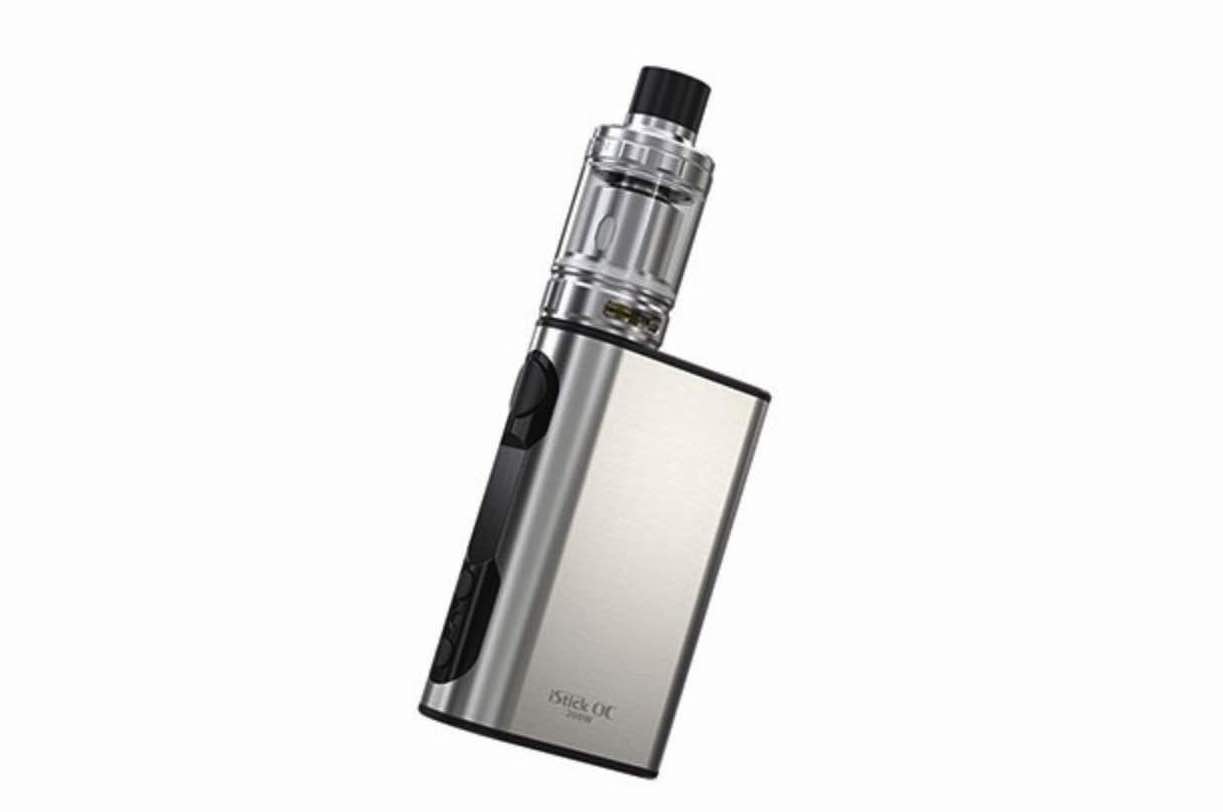 The 510 connectors are well-threaded, spring-loaded and are made of stainless steel. The 510 connector can accommodate 25mm tanks, and there was minimal overhang when I did slap a Big Baby tank on there. And that’s the setup of the mod.

The Melo 300 tank can vape at 300W, obviously, but I don’t understand why you would include a tank that can take that amount of power with a mod that can only push 200W. And 300W? Who vapes at 300W? I mean, we’re only making vapor, we’re not splitting the atom here.

But besides those flaws, I liked the design and machining of the coils. There are six coil rods with kanthal wire wrapped around them, and if you prime them before using the device, you are sure to get both great flavor and vapor production.

Learning to Operate the iStick QC

The iStick QC has a user interface very similar to a lot of other Chinese manufacturers, like SMOKTech and Wismec. Pushing the firing button five times activates the device and turns it off as well. Three clicks of the firing button let you switch between the three different modes.

There is also a smart mode on the iStick that can recognize up to ten different coil types and memorizes them. So whenever you re-attach the same coil type (stainless steel, 0.5-ohm coil, for example, that you vape at 80W), the smart mode will automatically set it back to 80W.

That’s just one of the just-enough features that you get with the mod. It isn’t completely overloaded with too many variable settings or features, which was something that I appreciated. The mod also lets you decide what gets displayed on the screen.

You can choose a simple wattage and coil resistance reading to a more thorough readout with the wattage, battery life and puff counter all displayed.

It was difficult to decide what was really the attraction of this entire kit: the mod or the tank? The Melo 300 tank is a beast of a tank with its massive size and generous output of nearly 300W.

The Melo opens up by sliding the mouthpiece back to reveal the fill ports on the tank. There are two airflow valves on the bottom of the tank and all that put together made the Melo a great performer.

Competitors of the iStick: Details Matter

There wasn’t much difficulty in finding a comparable device for the iStick. I automatically thought of the Halo Reactor that also features a 5000 mAh battery and has a nearly identical mod design and setup as the iStick.

The display screen and button layout are nearly the same as well. And, if that wasn’t enough, the Halo Reactor also has a smart mode that has ten different memory settings. So there isn’t much to distinguish the two mods. 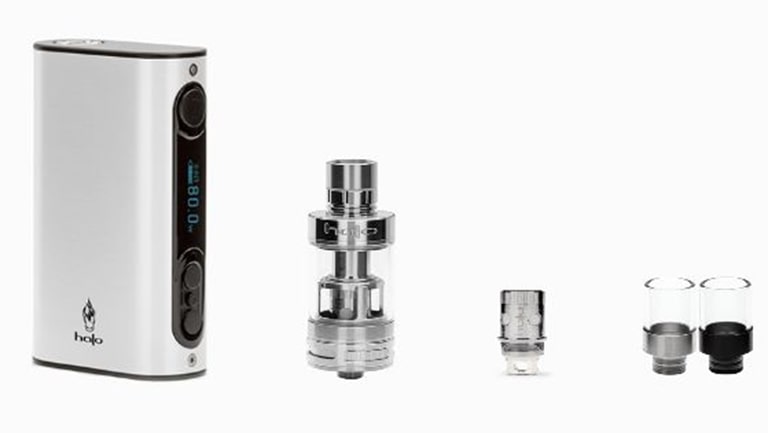 I thought the iStick looked great; it was the first thing I mentioned in this review. I was immediately drawn in by the wood grain look, but the rest of the six different color schemes work well with the rest of the mod as well.

The Melo 300 is a winner through and through. The airflow, the kanthal coils, and the retractable drip tip make it an easy-to-use, cloud-maker that is easy to disassemble and maintain.

I liked the fact that the iStick could be programmed with ten different memory settings. It made the possibility of using different atomizers and coil heads all that much easier.

You Are Not Likely to Admire

Although I’m a big fan of more back-to-basics mods, the screen on the iStick was rather small, and it made getting an accurate read on things a little confusing.

Despite the greatness of the Melo 300 tank, I would have appreciated some more replacement parts, like an extra glass tube or another drip tip.

To Where It All Comes Down

The iStick is a great-looking device. At its price point of near $70, it is perfect for vapers looking to have a satisfying sub-ohm vaping experience without breaking the bank.

But, as much as I liked the iStick, the Melo 300 was an impressive device in and of itself. The sub-ohm, kanthal coils were excellent cloud-makers without sacrificing too much in the flavor department. And with the minimum wattage on the Melo 300 being 100W, it became necessary to push the mod to its limits and extract every single droplet of flavor that I could.