The luxury of the Dotmod Dotsquonk mods come from its simplicity and elegance, as it has a hidden adjustment screen and control panel. The original device was an unregulated device similar to a mechanical mod.

But this new version has a chipset inside that enables variable wattage and temperature control. The Dotsquonk’s elegance is rounded out by the carved firing button on the device’s front, while its clean sides feature eye-popping color.

A Closer Look at the Dotmod Dotsquonk

The Dotmod Dotsquonk has a lot going on under its polished surface. The beautiful finish on all the mods – there are four different color options available – belies a control panel underneath the squonk plate that lets users engage the device’s vaping outputs that include variable wattage (5 to 100W) and temperature control (stainless steel, nickel, and titanium).

The Dotsquonk box mods (the regulated version) are also single-cell devices, but it has more variety as it can accept 20700 and 21700-type batteries.

The battery bay is opposite the squonk bottle, and the products have two removable side panels kept in place with high-powered magnets to ensure they stay in place and do not move when in use.

As the box mods take only a single-cell, it has a more manageable shape and feels lightweight. The mods measure only 82mm tall and 27mm across, so it has a very ergonomic design. The squonk hole and firing button’s placement is much better than the unregulated version that had an awkward positioning of both. 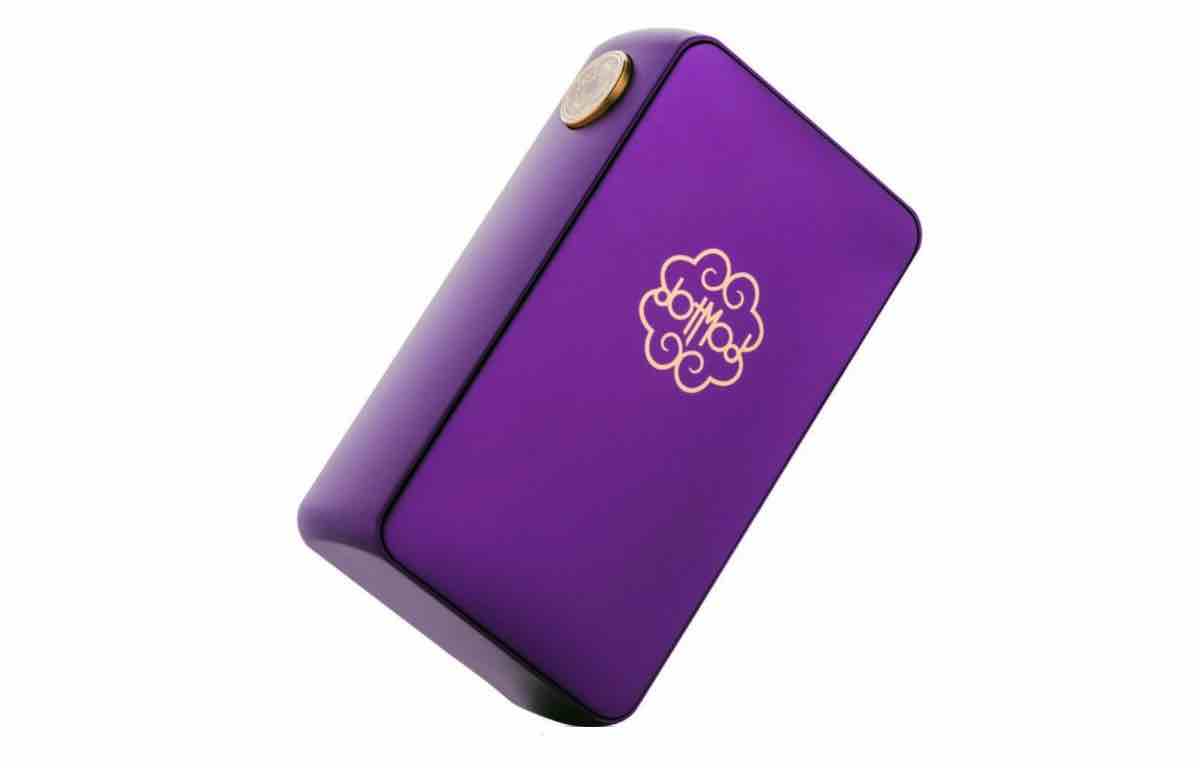 The Dotsquonk has a two-button control panel along with a 0.98” OLED that has a crystal clear presentation. The control panel is located next to the battery, and users must remove the entire panel to access the buttons. The OLED, however, has a small cutout so vapers can easily view their vape settings.

The Dotmod Dotsquonk comes as a stand-alone device and has no accompanying mechanical tank. The mods come with a standard 510-BF connector pin, so it has wide near-universal compatibility. The product also comes with several important accessories to make its operation go off without a hitch.

Dotmod first released an unregulated version of the Dotsquonk, a simple, unregulated squonk mod with no optional vaping outputs. The first, unregulated version worked on the installed battery’s direct output (it also accepted 20700 or 21700 batteries). It had the same build and design, but there were no OLED or control buttons apart from the finely engraved firing button. 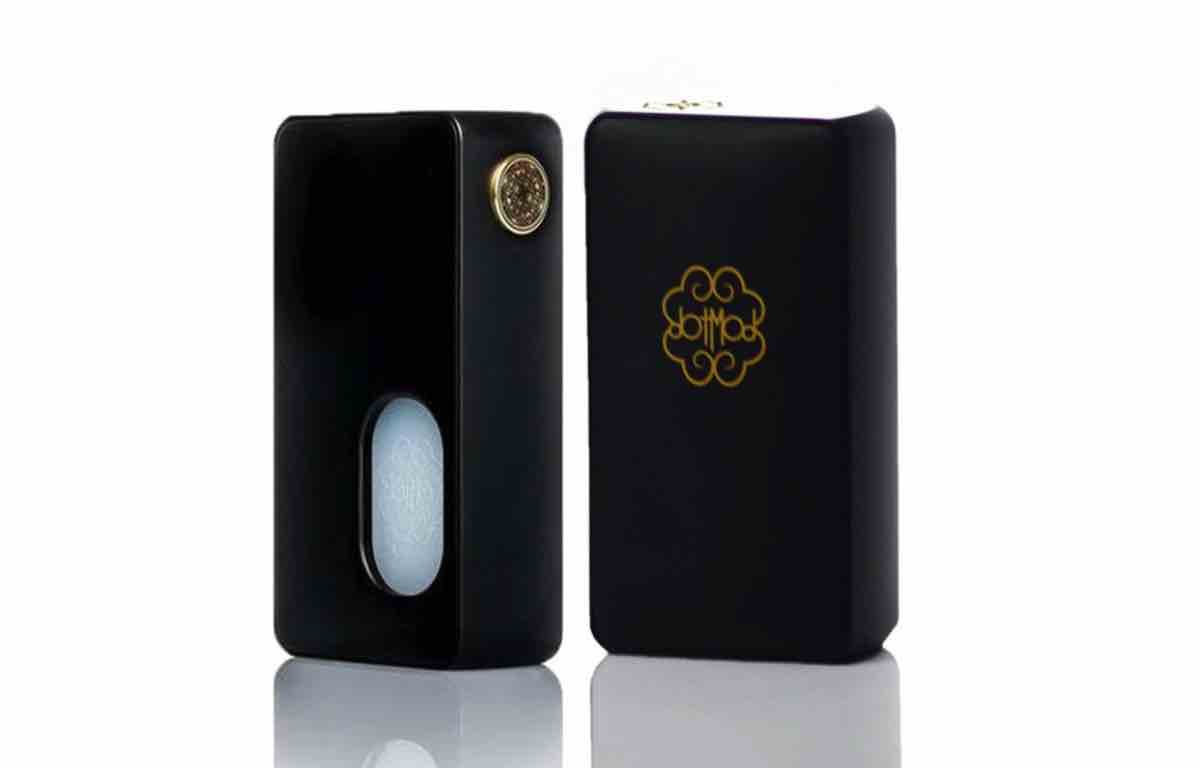 The regulated version of the Dotsquonk comes with the dotChip inside that offers users several different vaping outputs (from variable wattage to temperature control) and many protections like overcharge protection and atomizer resistance protection.

This new chip’s maximum power output is 100W, while its highest temperature is 600F and supports stainless steel, nickel, and titanium coils.

The Look and Feel of the Dotmod Dotsqounk

The two versions of the Dotsquonk are identical, at least from the outside. The entire body, including the removable plates, is made from anodized aluminum, which is lighter than zinc alloy and much lighter than stainless steel. The size of the device makes it very ergonomic and easy to manage.

Otherwise, everything else about the build of the device is high-quality. The color scheme is bright and vibrant, which is typical of Dotmod. The finish means that the one-color mod is not a fingerprint magnet. The positioning of all the important control elements and the OLED resolution are all spot-on, and the OLED for this Dotsquonk is one of the clearest out there.

The Dotmod Dotsquonk is a single cell device with a 100W power output limit, but several factors can affect its battery life. The products can take several different battery types that could affect its longevity.

Users can install a single 18650 with the provided battery sleeve to get at minimum 100W – but it could be closer to 80 or 90W – but taking into account that many vapers might vape at lower than 100W, the device could last for up to a week at half that amount.

If users install a higher-capacity 20700 or 21700 battery, the run-time could extend even further but only at wattages and temperatures lower than the chip’s maximum allowed. The device could last for up to a week and more when the device is powered by a larger battery like a 20700 or 21700.

The Dotsquonk has a straightforward design along with operating instructions. As the two side-panels are fully removable, it is easy to find where to load the battery and the squonk bottle. Apart from the installation of those two vital components, the device is still pretty straightforward. 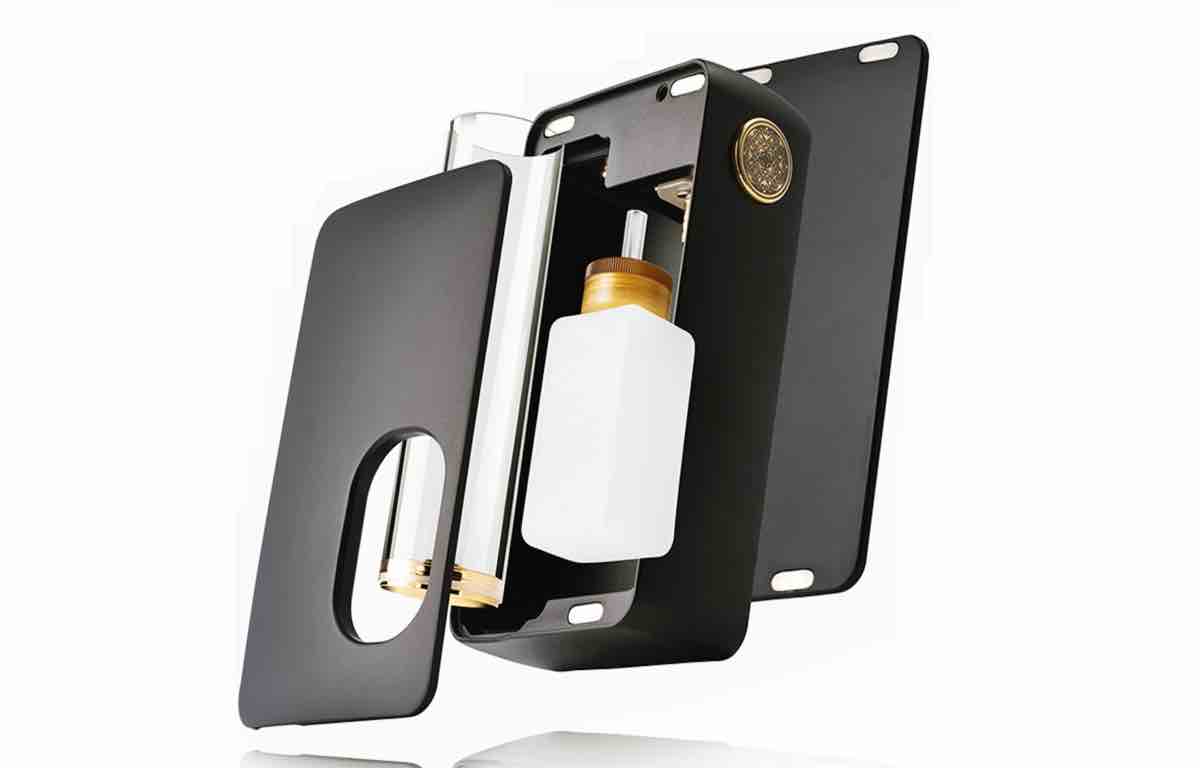 The main screens show things like the wattage (or temperature), the resistance, the puff timer, as well as a puff counter.

There is also a small battery icon indicating the battery life. Users need to press the gold firing button three times to enter the secondary menu, which lists all the device’s outputs in a diagonal column with each output clearly rendered and marked. From here, it is simply a matter of choosing from among wattage, bypass mode (unregulated), curve mode, and the three metals for temperature control.

Users can also access the “Settings” section to change the mod’s color scheme, of which there are several options available. Four clicks of the firing button lock the device so users cannot fire it either intentionally or unintentionally. Four more clicks unlock the device and let users continue vaping or change the settings of their vape.

The Joyetech EGO is one of the original vaping devices that consist of 510-threaded batteries and a compatible mechanical tank section, and several important accessories. The EGO is well-known for its ease-of-use as well as for its simple, one-button design. 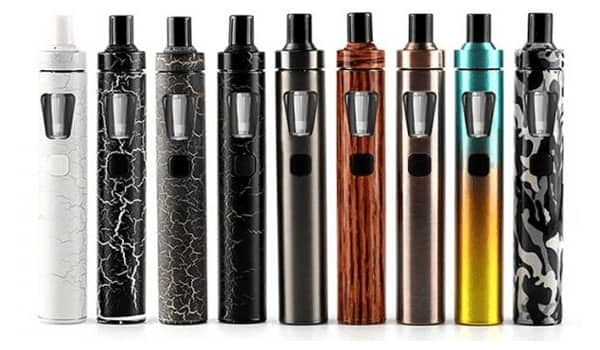 The EGO also works on direct voltage output and has no variable wattage settings or other vaping outputs. The EGO uses an internal 1500mAh battery that can output up to 30W depending on the coils type installed into the corresponding tank section. Users can use several different types, from sub-ohm coils to coils more suited to mouth-to-lung vaping.

The Innokin Coolfire Mini is a great starter device as it is a single-cell unit with a capacity of 1300mAh and can output a maximum of 40W. The Coolfire Mini has a small, ergonomic size that gives it great portability and versatility. 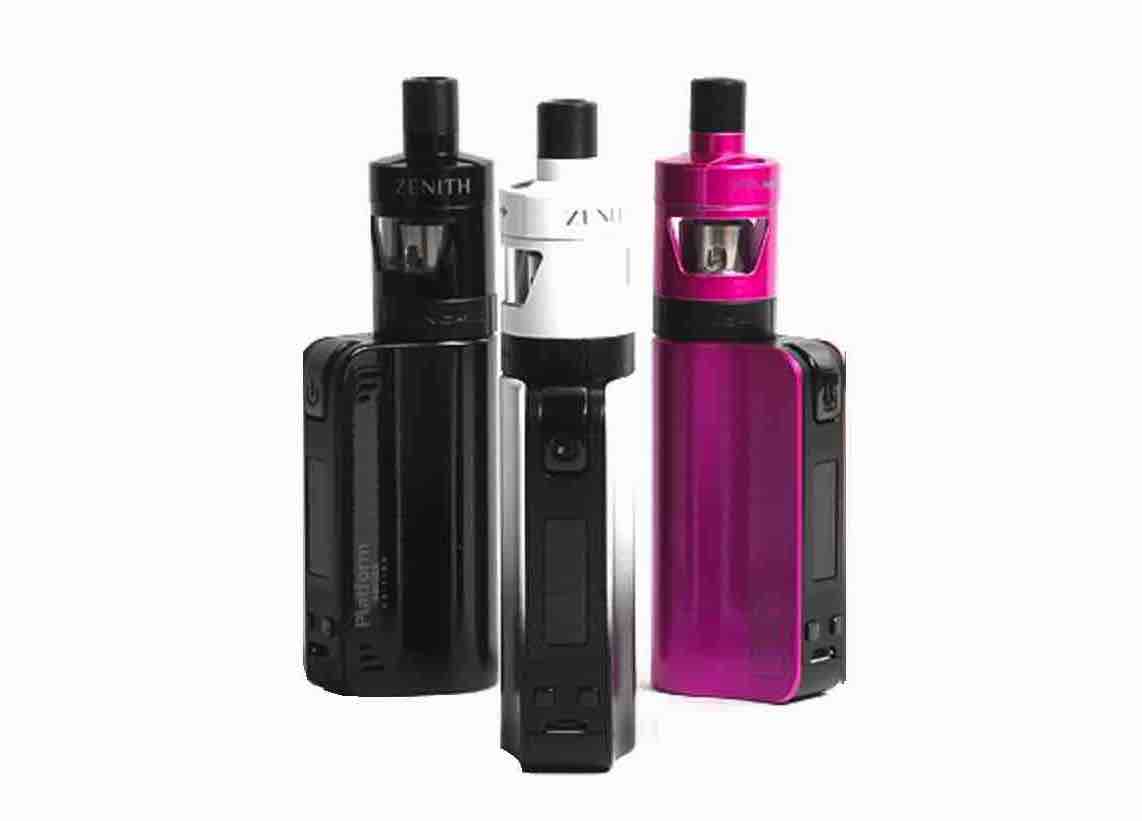 The Mini has a shape similar to the Dotsquonk box mod and uses a three-button control panel to control its various functions. The Mini does not feature temperature control as it only works in variable wattage or variable voltage settings. The Mini mod is compatible with several tank types and it has a standard 510-connection up the top of its zinc alloy frame.

The Dotmod Dotsquonk (regulated and unregulated) is the latest device from the high-end vape company that continues with its style and elegance tradition. The Dotsquonk is a worthy entry into squonk mods with its clean lines and ergonomic design. Placement is important for squonking devices, as users will likely do everything with one hand instead of using two.

This ease-of-access is something that the Dotsquonk achieves well with its easy to use interface. Users can clearly see the OLED beneath the side-panel, but it does not remove the overall design if the panel is removed and kept off to give even easier access to the control panel underneath. The rest of the machine is well-made and finely crafted and would make a worthwhile addition to any vape collection.