The Jellybox Nano is one of the few devices out there that can handle direct lung and mouth-to-lung vaping, which makes it stand out from other devices whose manufacturers purport them to do the same. It also has other advantages that make it worth considering over other pod mods.

The Rincoe Jellybox Nano is a pod mod made for beginners and traveling vapers. Its small size makes it very portable, as it can fit in pockets and purses without taking up much space. Also, it is effortless to operate, as there are no power modes to worry about or infinite button combinations to remember.

It has a wattage output range of 10 to 30 watts and a decently sized battery that can provide half a day to a full day’s vaping. In addition, an LED light is incorporated into the mod so that the user can keep track of the vape’s status.

Other features include adjustable airflow, replaceable coils, and a lanyard for keeping the vape attached to you at all times.

There is much to be said in favor of the Jelly Box Mini. It has two sub-ohm coils made for direct-to-lung vaping, it has a screen, and it has a more ergonomic design that makes it more comfortable to hold and transport in a pocket. But it does not have the mouth-to-lung 1.0 ohm coil in the starter kit like the Nano.

Vapers cannot go wrong buying either vape. In fact, it might not be a bad idea to buy both. But MTL lovers should go with the Nano, and those who want DL airflow should choose the Mini.

The vape is very well put together, and the pod holds securely to the mod. As for the design, some users may find the see-through plastic a bit odd, but it gives the vape a bit of a retro look. 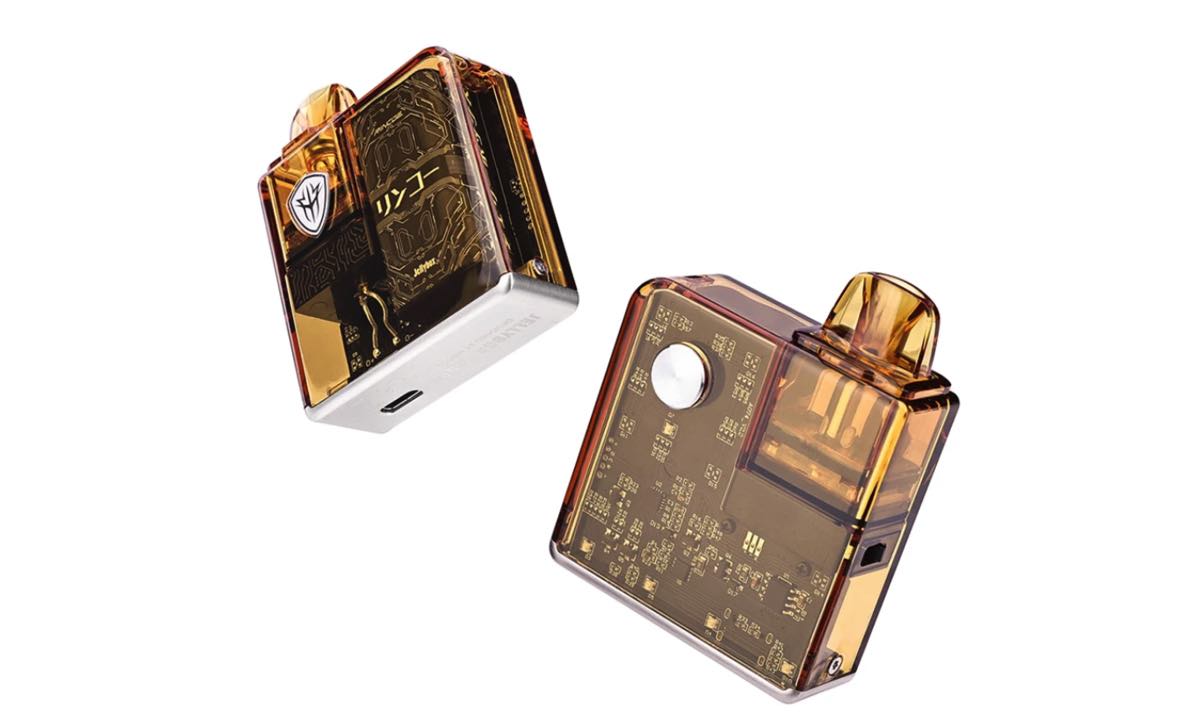 One area of criticism is that while the pod mod is small and portable, it is not very ergonomic. It would have been nice if the corners had been more rounded.

Battery performance is not bad, but it could be better. The pod mod can run for a day with the 1.0 ohm coil in the pod, but only half that with the 0.5 ohm coil, give or take an hour or two. It might have been better had they put a slightly larger battery in there.

Battery life is shown by an LED light beneath the firing button. The colors are:

Also, there are four LED lights at the bottom that are there for no reason but to be decorative. These lights are excessively bright, but they can be turned off.

The pod holds 2.8 ml of liquid, and it is clear plastic so that the user can easily check the liquid level without having to hold the pod mod up to the light. It has a very comfortable duck-billed mouthpiece that accommodates mouth-to-lung and restricted lung vaping. Beneath the mouthpiece, there is a switch that controls the airflow. It moves back and forth, allowing the user to make the appropriate adjustments. 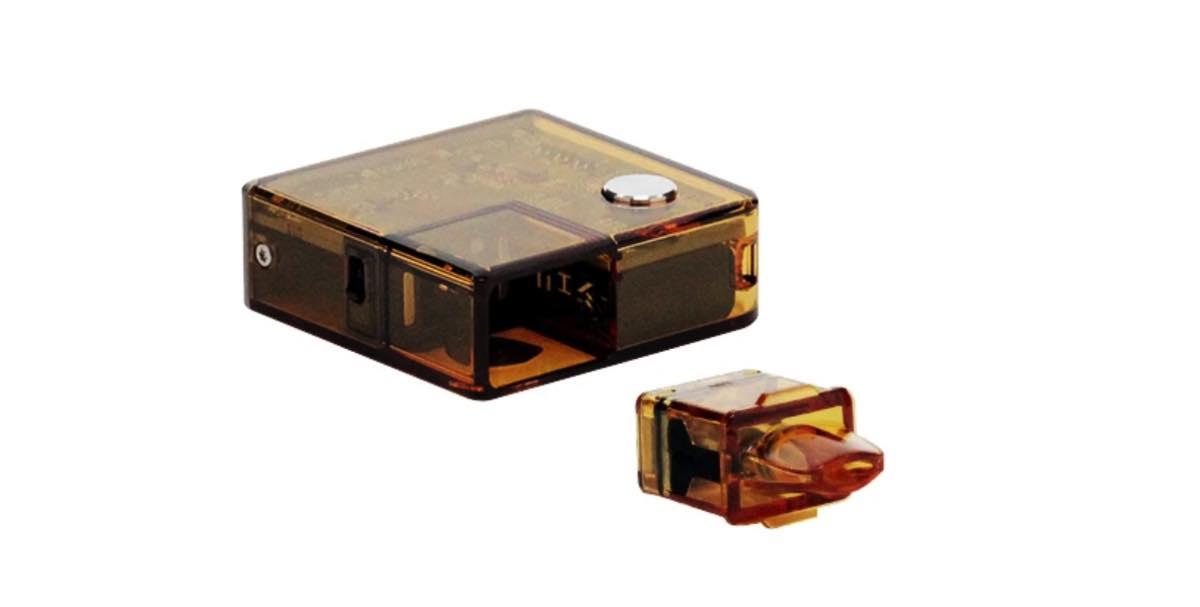 The pod is refilled from the side, which is something a few vapers may not like. However, judging from the placement of the mouthpiece, there was nowhere else to put the refilling port. Everyone should count their blessings that the designers did not put it at the bottom!

The starter kit comes with 0.5 and 1.0 ohm mesh coils. The lower resistance coil is for restricted lung vaping, and the higher resistance coil is for mouth-to-lung vaping. These coils do an excellent job generating high amounts of flavor, especially the MTL coil. Not only is the flavor perfect on MTL, but the airflow and temperature are just right.

The restricted lung coil is flavorful, but not as much as the MTL coil. However, its advantage is that it produces a satisfying amount of vapor, and the airflow is silky and smooth.

The RDL coil requires freebase nicotine with 80/20 or 70/30 liquids, while the MTL coils require 50/50 salt nicotine liquids. The nicotine free liquids with high vegetable glycerin content will produce larger clouds, and the 50/50 variants have better flavor on low wattages.

These coils can last up to two weeks if they are used with proper liquids and are adequately primed. Use the coils with the liquids specified above and prime them as will be shown below. If users do these things, they should get plenty of vaping time from their coils.

How to Use the Rincoe Jellybox Nano Pod Mod 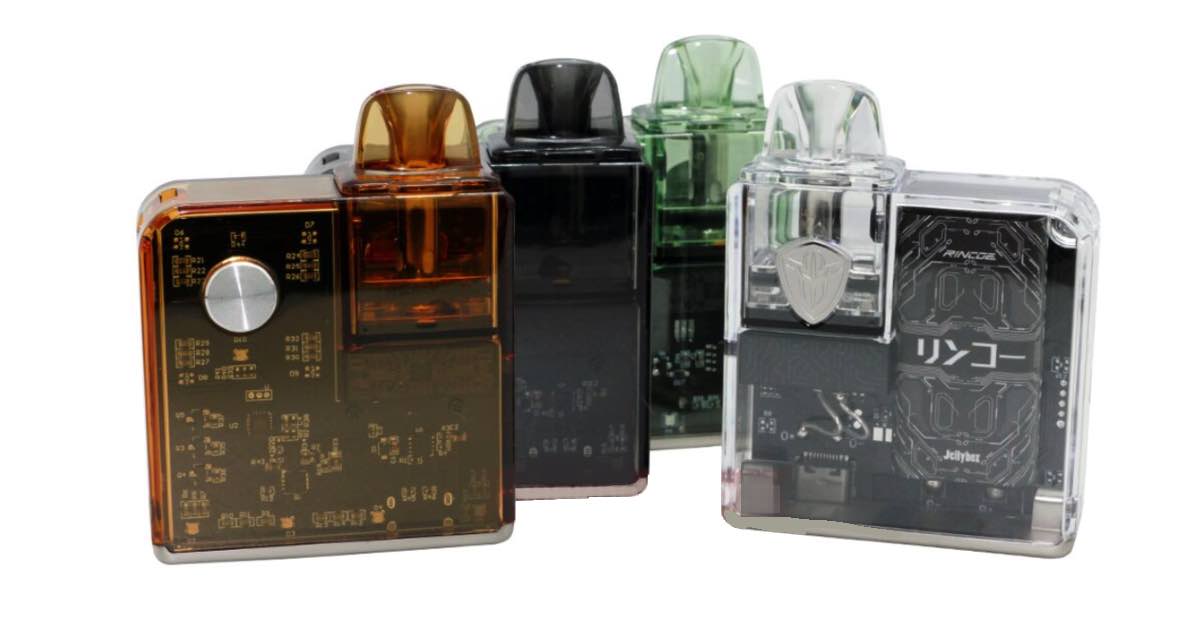 No user should have any trouble figuring out how to use this pod mod starter kit. Follow these steps to get started:

Use the button combinations below to operate the pod mod.

The VooPoo Nano Drag has the same box-like appearance as the Jellybox Nano, but it has a much higher resistance 1.8 ohm coil and a smaller battery. Considering the high resistance of the coil, this vape does not need a much larger battery. 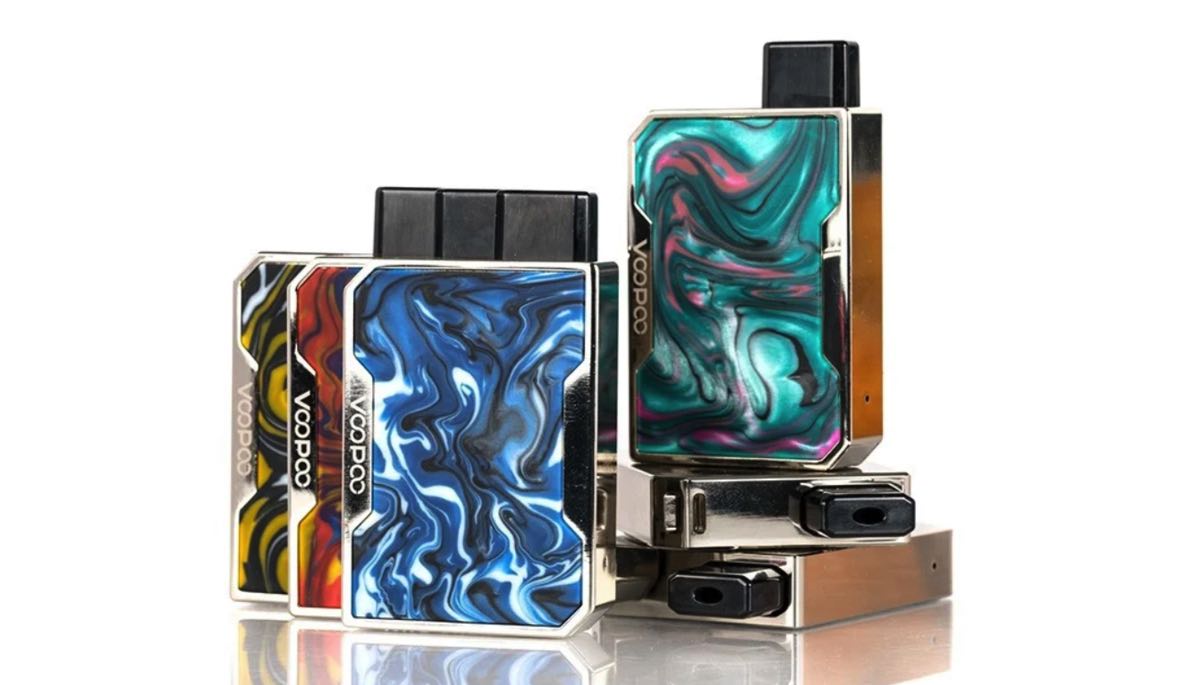 However, it would be nice if there was a second coil. Also, the Drag Nano is not as good at MTL vaping as the Jellybox Nano.

The Smok Acro’s advantage is that it has a more ergonomic design than the Jellybox Nano, having a rounded body that fits more comfortably in hands and pockets. 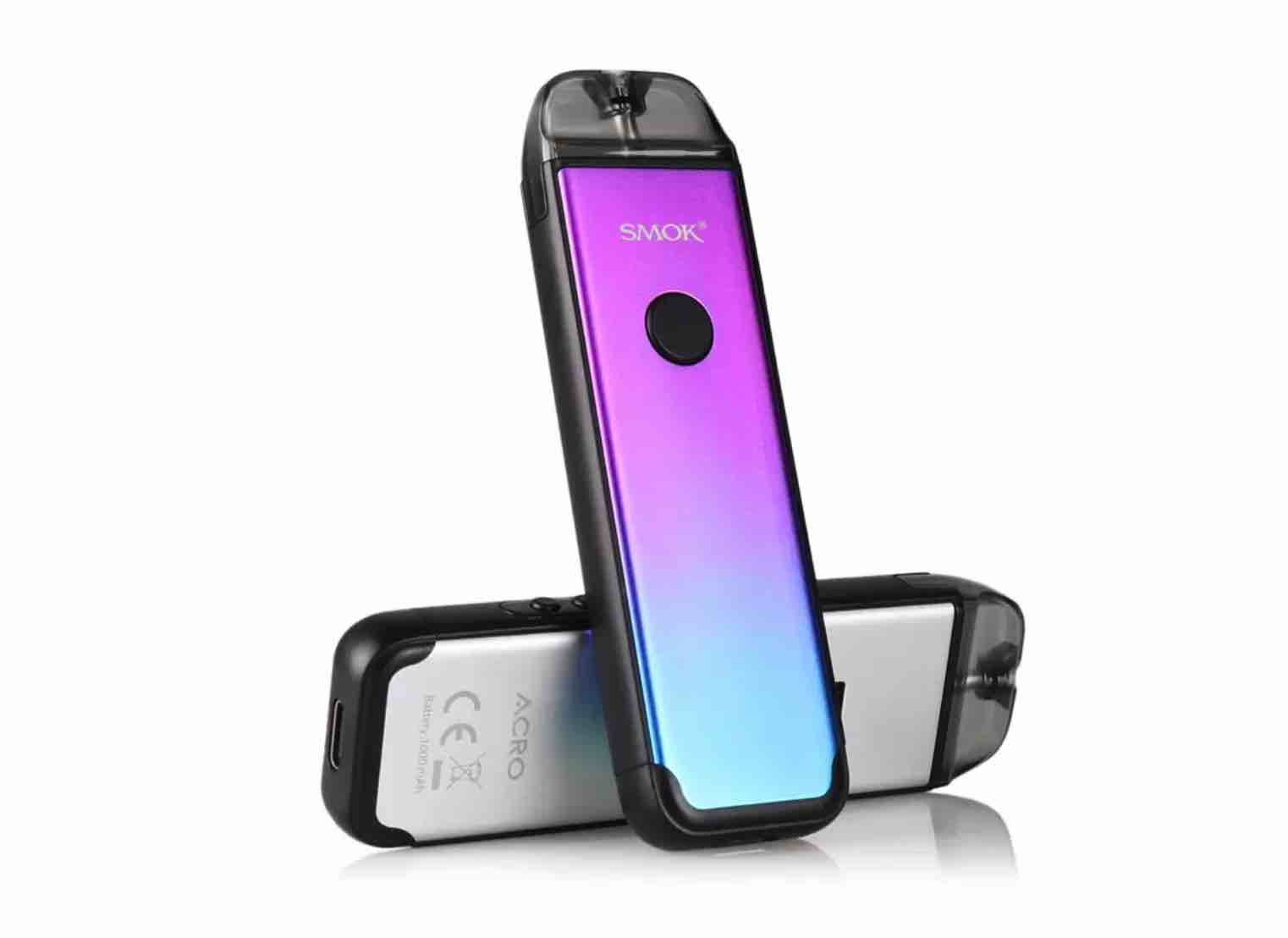 While it vapes great, it comes with two of the same 0.8 ohm pods with integrated coils. Two pods with different resistances would have been much better.

As always, there are some cons. The first thing is the boxy design. Rounded edges would have been better. As for the battery life, it is ok, but it does not last long using the lower resistance coil. Finally, those LED lights are too bright, but thankfully they can be turned off.

Other than that, this device is nearly perfect. The main thing is that it vapes great on both coils, especially the MTL. This is one of the smoothest MTL coils out there, producing phenomenal flavor and outstanding airflow. The RDL coil is not bad either, but the MTL is the best.

Other things in this pod mod’s favor are that it is easy to use, has good build quality, and it has a side-filled pod instead of a bottom-filled pod.

Let us know if you have used this pod mod, and tell us what you think by leaving a comment below.