ZQ Go Review: Take It On the Go or Anywhere You Want

The ZQ Go is a new entry in the pod device arena. ZQ is an imprint of the parent company of Aspire and has only a few products in its roster, with the ZQ being one of them. The device has a reduced size that makes it super-portable, pocket-friendly, even in a shirt pocket.

The Go has an internal 850mAh battery, which uses a single-firing button. The Go has an aluminum alloy frame with a soft-textured, rubberized bottom half for a better ergonomic grip.

A Closer Look at the ZQ Go

The ZQ Go stands at 93mm (3.6”) and has a width of 15mm (0.59”) so it is tall but slim. The unit divides into two pieces: the pod and the battery section. The pod also features a dust protector piece that sits over the mouthpiece when the device is not in use. The pod separates from the battery section and it connects via a dual-magnet connection. 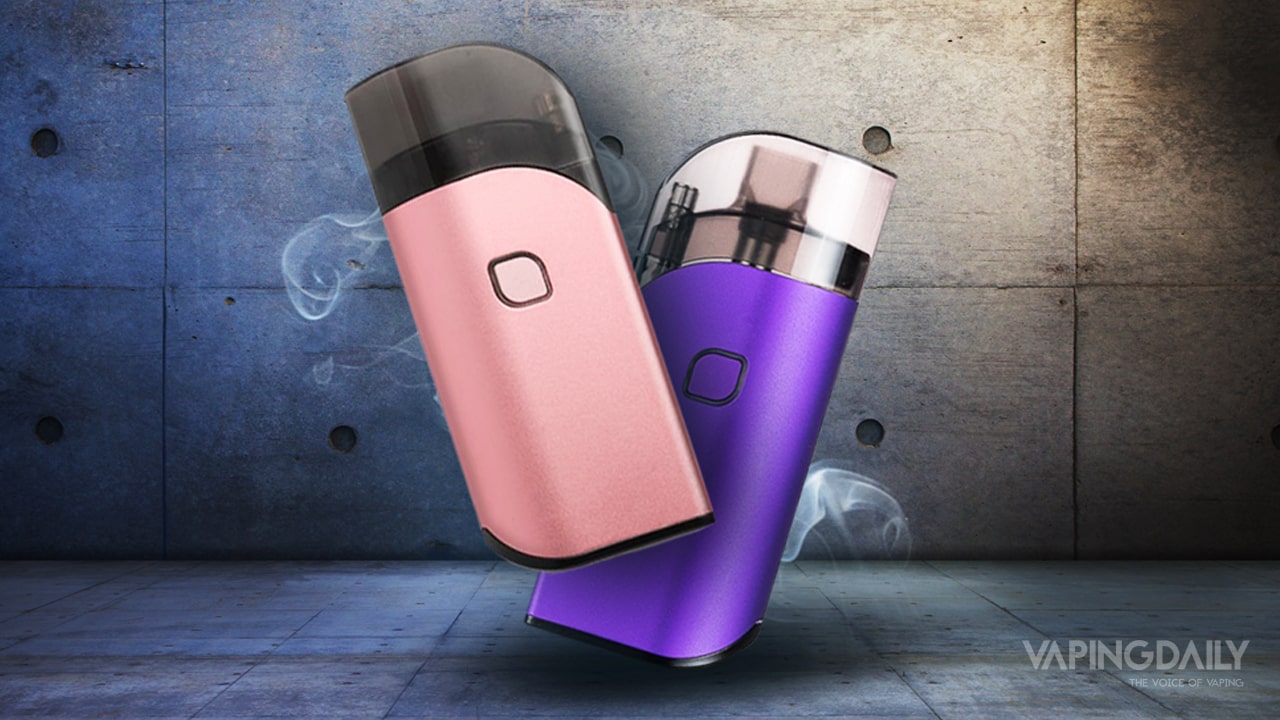 The battery section features a square-power button that is also the firing button. The Go does not function as a draw-activated device and needs five-clicks of the firing button to activate. The button has an LED around that lights up when the device is on or when it is charging. There is a USB port on the bottom for speedy recharging.

The battery/pod when placed together has an S-shape with the mouthpiece being the tip of the “S”. The unit has an ergonomic shape and weighs in at 60g (or 2.1oz) so it has much less mass than other pod or AIO devices like the Breeze 2 or the Uwell Caliburn. There are no air intake holes along the sides, but air does enter via the bottom of the pod that also has a unique airflow control mechanism.

The ZQ Go is an easy-to-use device and does not include a lot of accessories in the kit. Users will find basic items for the device’s easy functioning.

Here’s what users will find in the kit:

The Look and Feel of ZQ Go

The entire device is very easy-to-use and assemble. The pod kit is what is usually most difficult about most pod devices, as it has the most parts and is used the most, while the battery sections are typically self-explanatory. ZQ pod has a unique design, very unlike others, but, at the same time, similar. 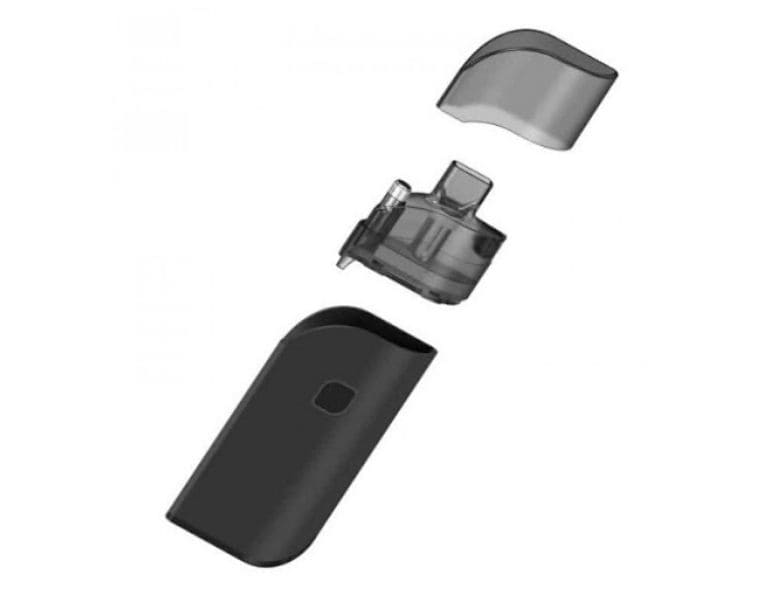 The battery section houses the two magnets and battery contacts that pair with the cartridge when users install it. The battery also comes in five different colors – black, pink, red, grey, and purple – so users have a wide range of choices. The aluminum alloy material has a good-looking paint job, although the lighter colors may take a few knicks and scratches that would be more visible than they would be on the darker colors.

Things that Stand Out

The battery section does not have a lot of interesting features, except for the 850mAh capacity. 850mAh is sizable for a pod device and can last for at least a day or two of even heavy use. The pod is where users will find the innovation of this device. The pod kit has several new features. It has an integrated mouthpiece, so it acts as one unit. 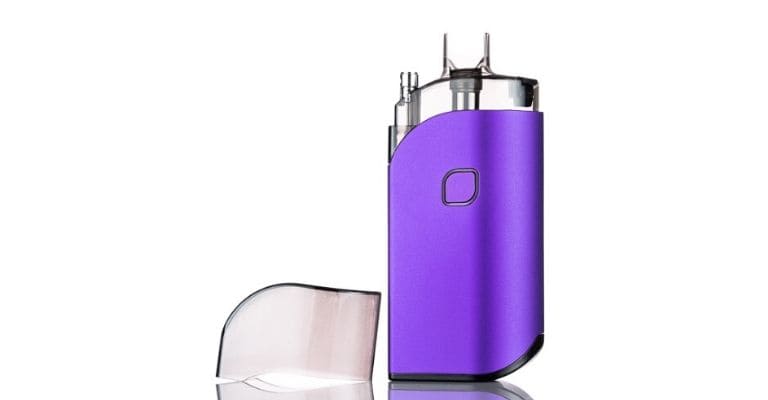 ZQ pod, as mentioned, also features a plastic protector so the unit does not get contaminated with dirt or dust. The mouthpiece is flat and rises out of the cartridge so it has an ergonomic shape to it. The triangle-shaped fill port on the unit sits on the edge of ZQ pod and is top-fill, so users do not have to remove the pod to fill or refill.

The port is plugged by a removable silicone piece. The plug is not attached to the rest of the cartridge, but there are spares in the kit should users lose it. The other main feature of the entire ZQ Go pod – is the airflow control stick that rises out of the side opposite of the fill port. The stick has a few holes that users can twist open or closed, depending on their preference.

The battery on this device uses a five-clicks on, five-clicks off mechanism so it is not a draw-activated unit. Users need to click on the battery to start vaping and also press the firing button to take a vape. 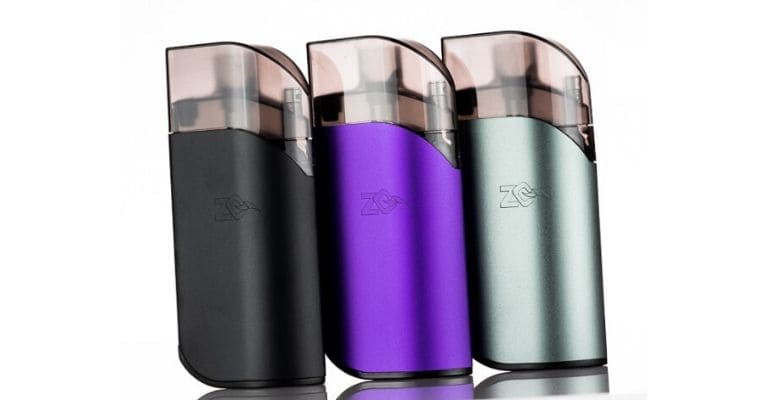 Controlling the airflow control stick can be a little difficult given its small size. Users have to use their fingers like a pincer to grab the top half of the stick to twist it either to open it or close it. There’s not much else to say about the operation of the Go. It has very simple functioning and should not present any usage problems.

The pods are completely disposable and with the 1.0ohm NiChrome coil inside, users can expect at least a week of full usage. The coils are not removable so the entire pod kit has to be thrown away when the wicks give out.

The 850mAh battery combined with the 1.0ohm coil inside give vapers a very long vaping life. The device is not the best for chain-vaping, as the automatic shut-off feature cuts the battery after only eight seconds. But the charging time takes under an hour, which is understandable for the battery capacity.

The battery has various other safety features like the low-voltage warning – the LED will flash red when the battery is low – short circuit protection and overcharging protection. Users can check their battery level via the button’s LED light, which will flash either purple (full power), blue (mid-power), or red (needs charging).

Using an even 50/50 VG/PG, nicotine salts e-liquid is the best choice for this coil, as a high-VG e-juice would be wasted because of the low airflow and high resistance.

The Aspire Breeze 2 is an updated version of the original AIO Breeze. The new version features an internal 1000mAh battery along with a refillable 3ml pod. The device uses a single firing button on its front that acts as the on/off switch as well as the firing button. 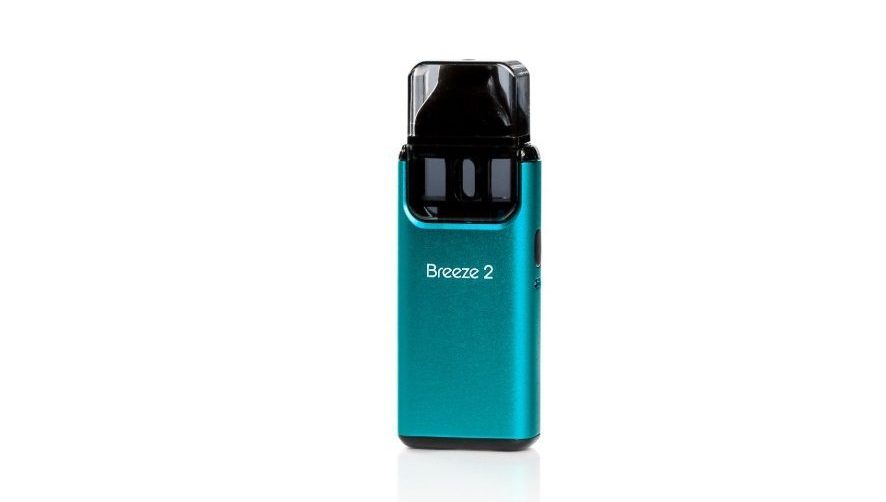 The Vuse Alto is an all-in-one pod device that uses pre-filled pods that match with a battery section. The Alto stands at just 4” tall and uses an internal, button-free 350mAh battery that users can recharge via a special USB charger. The Alto has no buttons and works on air-activation. 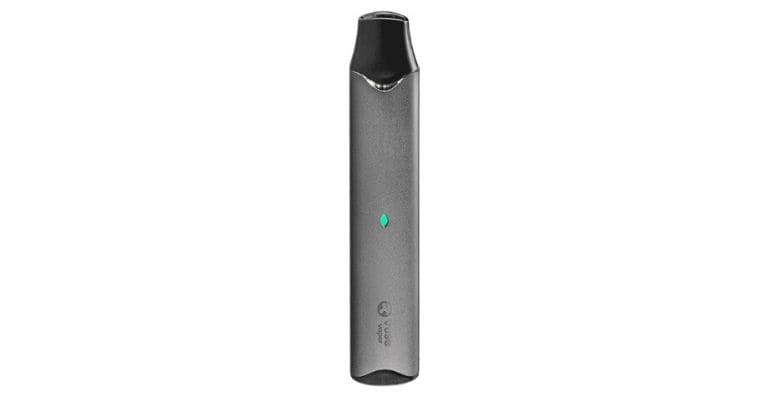 The Alto pods use a high-nicotine salts e-juice, which comes in three different strengths, 18mg, 24mg, and 50mg. The Alto is aimed at adults as the only flavor options are variations on tobacco, like Golden Tobacco, Rich Tobacco, and Menthol.

The ZQ Go pod is the newest device from a new vape company that is a decent entry into the world of pod vaping. The Go has a unique airflow control stick that few if any, similar pod devices have. While the inclusion of such a feature is a mark of an innovative company, the actual performance of the feature is lackluster.

A user could conceivably get a very restricted direct-lung hit from the coil, but not like they are used to with traditional sub-ohm atomizers with massive airflow vents. Still, ZQ pod has a novel design, and it has an extended life thanks to the low-resistance coil along with the plastic protector.