The Anlerr Homles Vape (is that even English?) is a sleek-looking dry herb vaporizer that is shaped like an old-school tobacco pipe, you know, like the ones Albert Einstein smoked. Anlerr Homles Vape has a wide bowl, so it’s easy to grab on it and comfortable to hold.

I would have immediately fallen in love with this vaporizer if it was made of wood and had a real cherry-wood finish like it pretends to have because that would’ve been amazing, but unfortunately, the Anlerr Homles Vape is mostly made of plastic. 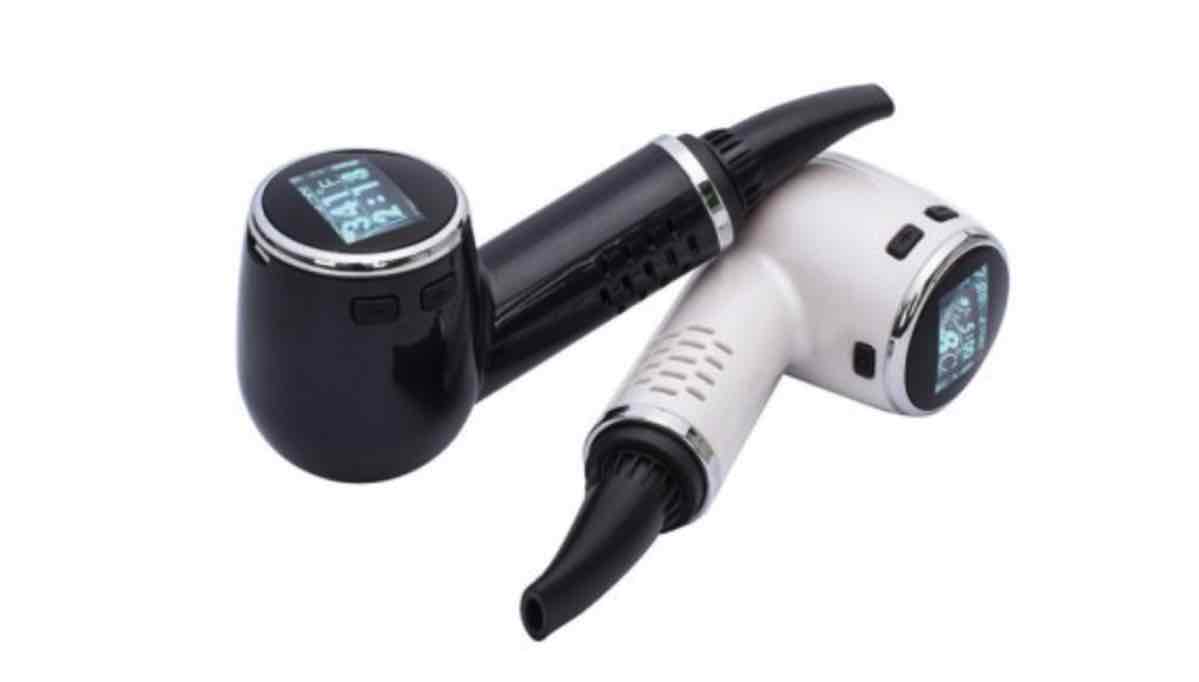 The Anlerr Homles Vape has a ceramic heating chamber located within the mouthpiece apparatus. The bowl of the pipe, where you would normally see a warm, tobacco-glow on a typical tobacco pipe is now replaced by an OLED screen that displays temperature and battery levels.

The 1000 mAh battery is, obviously, built into the machine and the temperature range on the Anlerr Homles Vape runs from 300-435F, so, not a wide range, but it’s still within that high range of temperatures that are best for vaping dry herbs.

In the box of the Anlerr Homles Vape you will find the following: 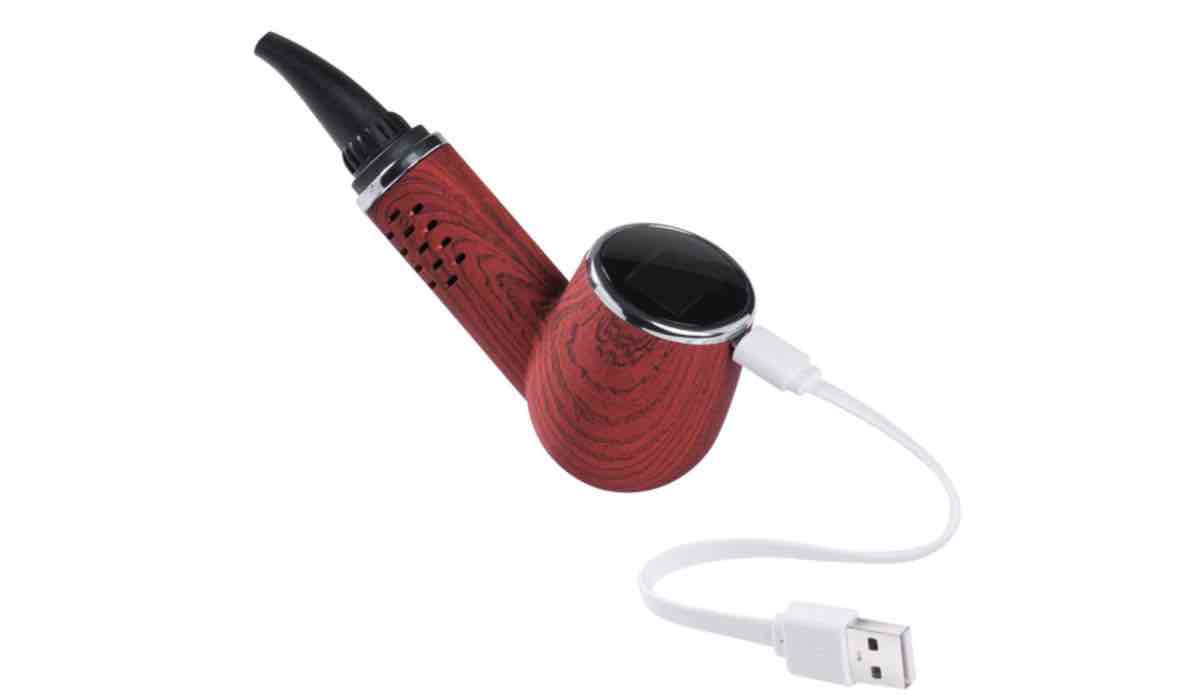 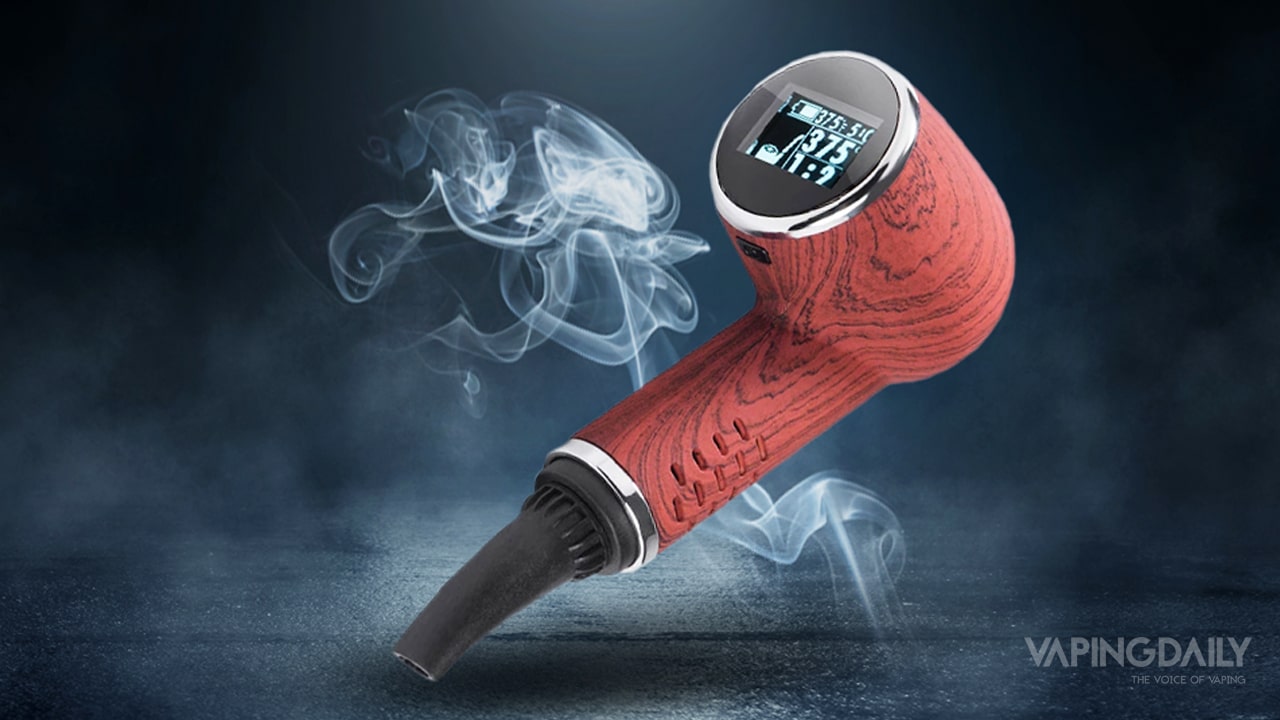 I guess all my arguments about vape “disguises” are falling apart. I have vented time and time again, against “pen” disguises for vaporizers that dressed up like pens. But now, I have the Anlerr Homles Vape (German, maybe?) that looks exactly like an old-school tobacco pipe and makes no attempt to hide it.

And I like Anlerr Homles Vape! I can’t deny it. I like the way it looks, mostly because who isn’t a fan of those old, professorial pipes? And I like it because it’s something that makes sense. 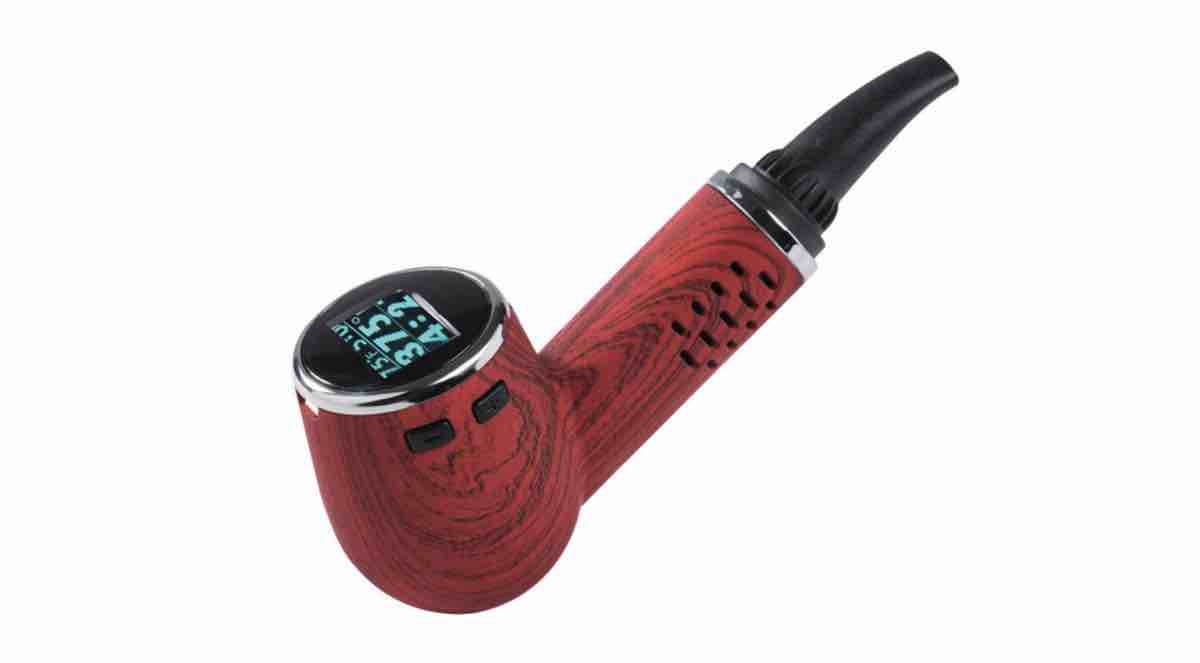 But, anyway, with that out of the way, the Anlerr Homles Vape (Dutch, perhaps?) is a well-made device that’s lightweight and easy-to-use. It felt nice and smooth in my hand, and I also saw that the unit has various airflow holes to protect against overheating, which is something I can appreciate.

I was impressed by the ingenuity of putting the OLED screen where the bowl would usually be. I could have seen the pipe not having any futuristic features other than a power button, like with most dry herb vaporizers, but it was fun to see the device play at being both old and new-school.

Some of the other features of the Anlerr Homles Vape (I’m leaning toward Swedish now):

It takes a little exploring of the Anlerr Homles to figure out how it works, but it wasn’t a brain-buster either. The power button is located right underneath where the pipe connects to the bowl.

I charged the Homles — oh, I get it now; Holmes!, like Sherlock Holmes, the other famous pipe smoker, besides Albert Einstein, or Sigmund Freud – for about two hours. The battery icon on the OLED screen gets solid to show its charged.

To load the chamber, take out the mouthpiece that’s attached with magnets and fill the chamber. It’s a relatively small chamber, perhaps enough for a quarter gram of material. Pack in your herb, not so tightly and then place back the mouthpiece.

With the chamber loaded you press and hold the power button until the LED comes alive and automatically begins to heat up. There are two selector buttons on the left side of the bowl that control the temperature settings.

The OLED screen will read out the last used temperature or the lowest temperature if you are using it for the first time.

There’s also a countdown that flashes down to when the device is ready to use and even counts down from five minutes, which is the automatic cut-off time. A pipe icon on the screen will flash the vapor symbol above it as it heats up and will then turn stable when it’s ready.

I set the Anlerr Homles Vape to the lowest temperature at first, which was still high, and waited for about a minute for it to get ready. Remember that the Homles has sub ohm coils so I was curious to see how big my clouds would be.

I pulled on the Homles and got a thick, flavorful burst of vapor, right from the first hit. But when it warmed up, even more, I got even more voluminous cloud creation and flavor intensity.

The air ventilation holes both on the side of the pipe and underneath the bowl worked incredibly well to keep the device ventilated and prevented it from overheating.

I mean, as much as I was delighted by the novelty of the Homles, I knew that it wasn’t the only pipe-like dry herb vaporizer out there. And this leads me, of course, to remember the last time I reviewed a pipe-like device the Vapor Genie. 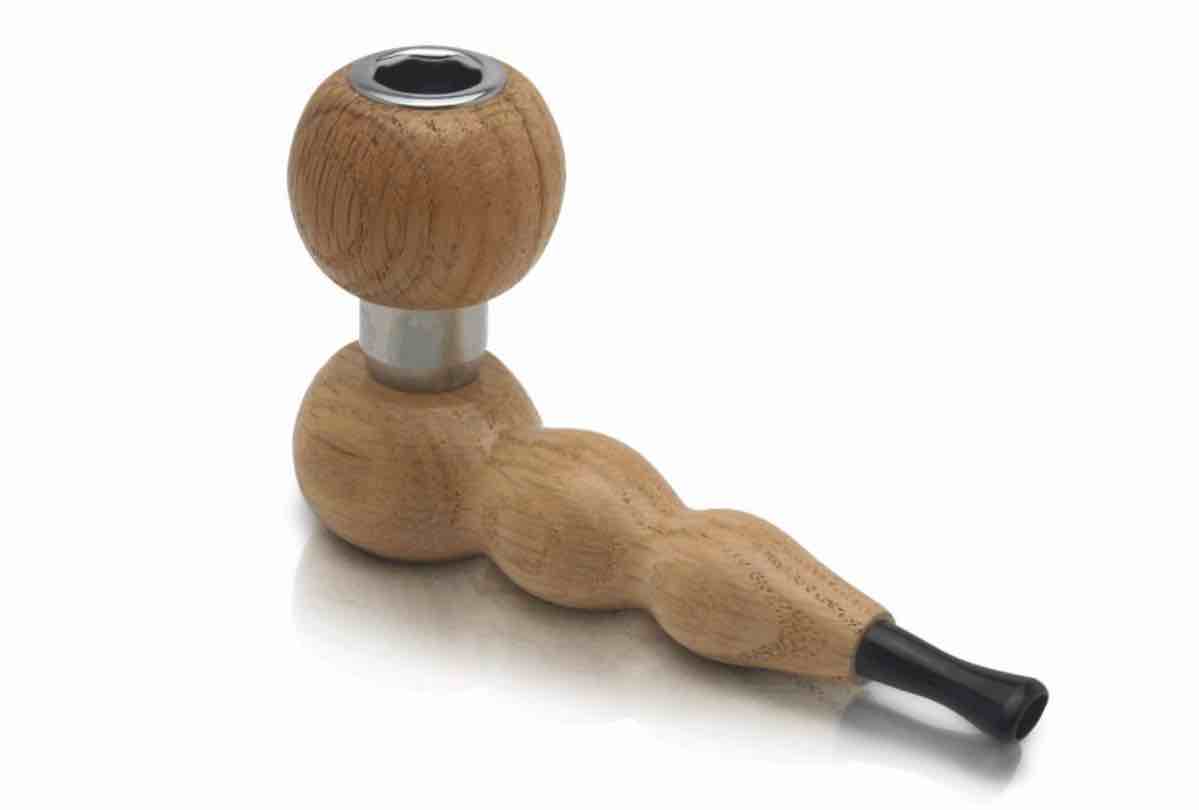 The Vapor Genie wasn’t electronic though, so there’s the one major caveat. And in terms of flavor and cloud production, the Anlerr Homles Vape can’t be beat compared to a vaporizer with an electronic lighter like with the Vapor Genie.

The Vapor Genie was made of real wood though, which would have been great had the Homles included some wooden elements to its design. Overall, though, for the mere power and compactness of the Anlerr Homles Vape, I have to give it the decision.

The Anlerr Homles Vape is a great, portable device and I can’t detract points for the fact that it looks like a pipe; I have to add them. It’s very straightforward; it has adjustable temperature control and a cleverly placed OLED screen that lets you control the temperature.

It charges quickly at one-hour maximum, and it’ll last between five to seven sessions on a full charge. Plus it’ll make you look smart (but not really).