Upon opening the box, one will be surprised at how well built the Vapor Cup is. Looking very much like a travel coffee mug, the Vapor Cup is made out of metal and is a bit on the hefty side. This heft may be attributed to the size and material used in its construction, but it gives users the feeling of holding a full coffee mug, adding to the authentic feel. 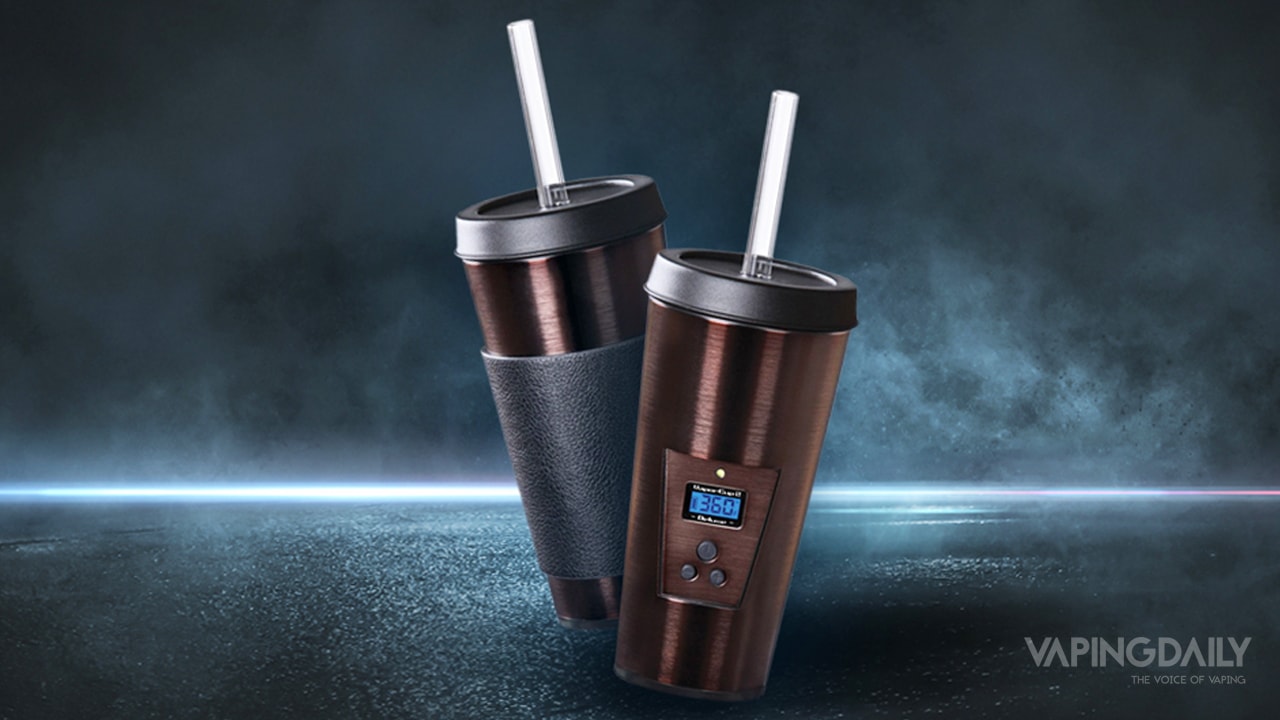 There are three sets of buttons on the side, with an OLED display that shows the temperature. If one wishes to hide the buttons and display, a privacy sleeve is included to ensure complete discreetness. Other than that, the device looks and feels like a coffee mug, one that you will not feel awkward bringing in public spaces.

Made of metal, the Vapor Cup looks like it could take a beating. Solid in hand, the device can last many years without affecting performance. 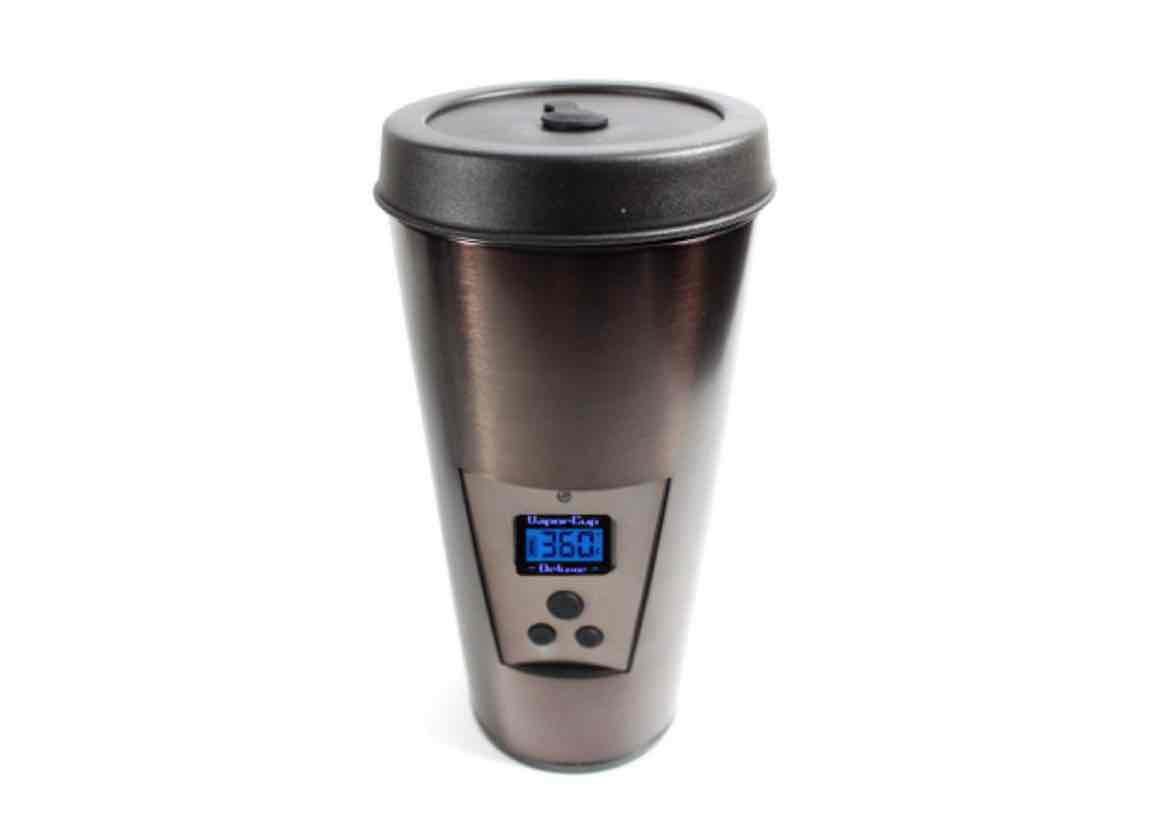 The glass draw stem is well-made, and unless intentionally dropped, looks sturdy enough for daily use. There are other stems included as well: a black plastic stem, a flexible rubber tube, and a more traditional looking mouthpiece. All are made well too and looks able to withstand daily rough handling.

With each purchase of the Vapor Cup Vaporizer, users will get one lithium-ion battery, one privacy sleeve, one storage lid, one glass straw, one plastic straw, one rubber straw, one hot tip mouthpiece, one scoop tool, one tamper tool, one cleaning pick, one small brush, one large brush, one screen assortment, one power cord adapter, and one charging base. 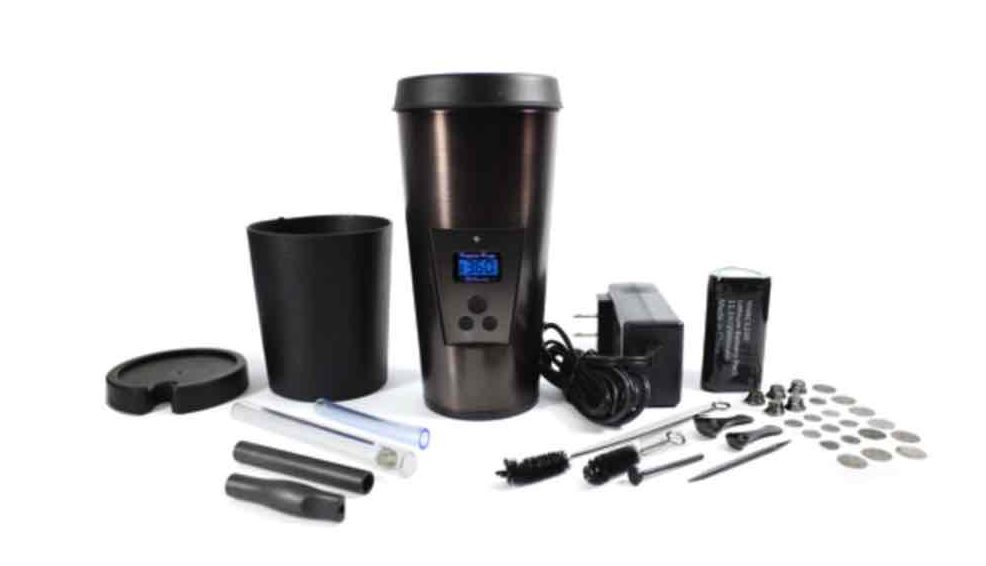 There is a slight learning curve in using the Vapor Cup, particularly when switching draw stems.

To turn on the device, there is a toggle switch on the bottom. Once switched on, the display screen will light up and show the temperature and battery screen. Temperature is controlled via the plus and minus buttons while the bigger button is used to activate the heat.

Aside from the two ways to pack herb, everything about the Vapor Cup is similar to other vaporizers. It may take some getting used to, especially when one switches stems often. Nevertheless, after a few repetitions, this will become second nature.

Vapor production from the Vapor Cup is impressive. The device can put out massive clouds of vapor. Using the glass stem produces the cleanest flavor though the other stems do not taint the taste either.

The overall performance of the unit is great. Heat up times are decent, and once the set temperature is reached, the vape itself is smooth and pleasant. Despite not looking like a vaporizer, the Vapor Cup acts like one, and an impressive one at that.

The Vapor Cup is rated to last about two hours, and users report that their devices last about the same. Depending on how one vapes, this can be significantly shorter or longer. 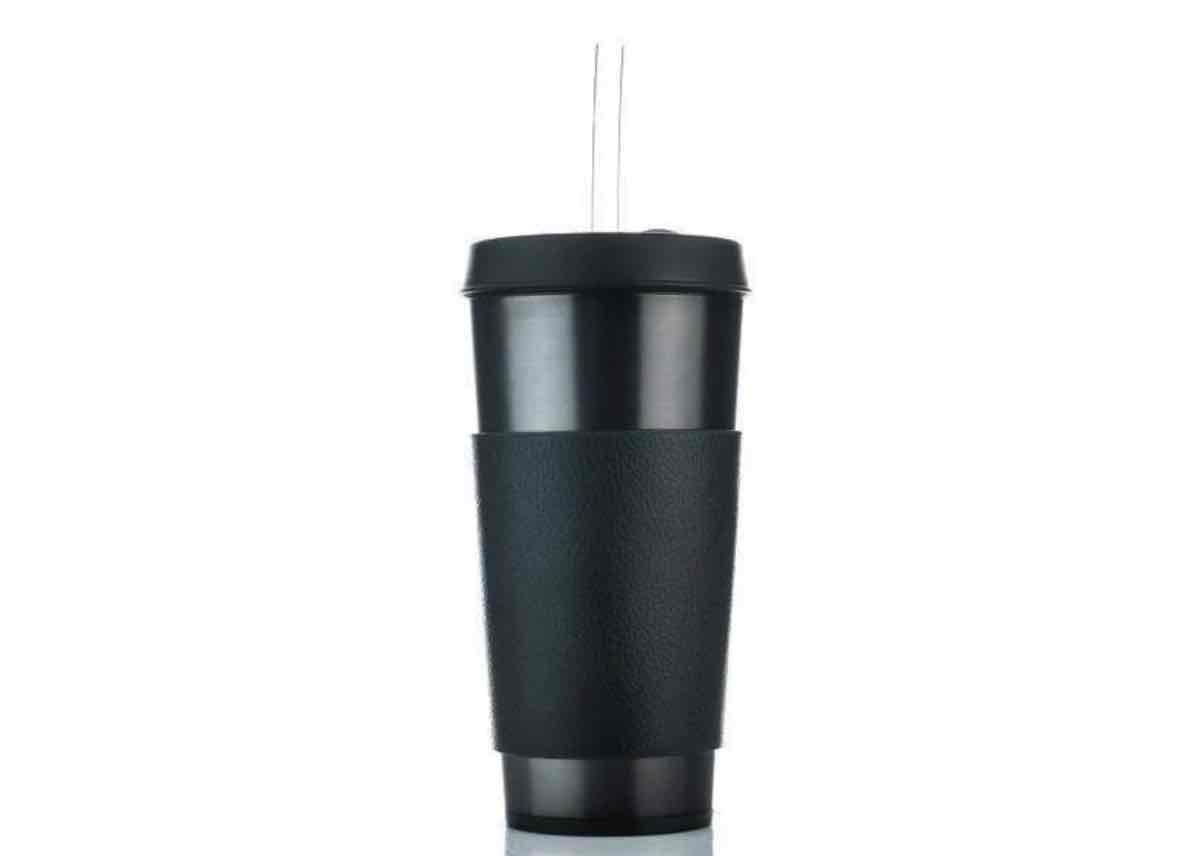 The heating chamber is easy to fill and large enough to accommodate enough herb to last ten or so large draws. It takes about two to three minutes for the heating element to reach the set temperature, and the temperature ranges of the device are from 200°F to 400°F. Check out other temperature control mods here.

Based on its performance and usability, the Vapor Cup is a legitimate vaporizer. There are other vaporizers designed for discreet use, with shapes ranging from asthma inhalers to hip flasks to Zippo lighters, but none of these performs very well. Among the “disguised” vaporizers out there, the Vapor Cup leads the pack in terms of looks, build quality, and overall performance.

While bringing along a large device may not be everyone’s cup of tea, the Vapor Cup makes up for it by being inconspicuous. Especially with the privacy sleeve, no one will know you are holding a vaporizer and taking puffs.

Users who want a discreet vaporizer they can bring anywhere without drawing curious glances, the Vapor Cup is a wise choice. Its build quality ensures the unit will last while its performance will satisfy most users. Only the most jaded will find fault in its performance.

It is rare to see a large device pass off as discreet, but the Vapor Cup Vaporizer does this admirably. With the size and shape of a regular drinking cup, the Vapor Cup lets users vape in public without fear of being castigated. With the device priced at $250, the question is, is it worth it or just another gimmick?