Sub-ohm tanks have been evolving at a staggering rate recently, and now they have entered the world that RDAs used to rule, the cloud chasing the market.

During the first quarter of 2017, we saw the rise of the first couple high-powered sub-ohm tanks, and they instantly became super popular. Currently, the Smok TF-V8, which is the pioneer that introduced high-powered tanks, is still the most popular choice for vapers, but Sense just might unleash the “beast-killer” with their new Blazer 200 sub-ohm tank.

A New Challenger Enters the Ring 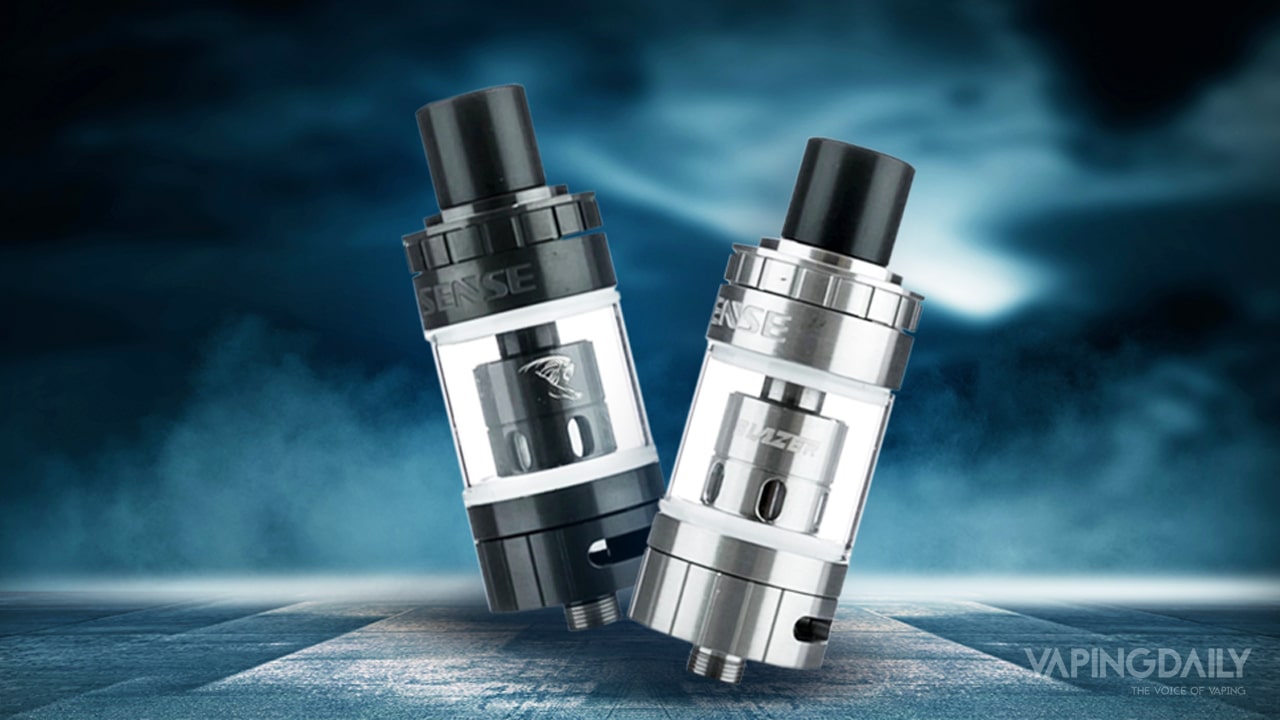 Sense has enjoyed quite a bit of fame in the vaping world with their Herakles sub-ohm tanks, and they aim to do the same with the Blazer 200, which is their entry to the high-powered sub-ohm arena. The most noticeable thing that Sense made different from the coils that Smok provided with the TF-V8 is that the coils of the Blazer 200 have great flavor.

It seems like the Blazer 200 is a worthy competitor to the Cloud Beast, but just to be sure let’s dive down into it first.

The Sense Blazer 200 comes in a neat plastic box with a paper sleeve cover. The picture on the front of the box will tell you what color tank is inside, and speaking of which, the Blazer 200 has five color options: stainless steel, black, gold, titanium blue, and rainbow. The color of the tank featured on the cover of the box will be the same as the actual content.

Inside the box, you will find:

The Blazer comes with a proprietary drip tip, but you can use your own 510 drip tip if you like, you just need to plug in the drip tip adapter. One nice touch that Sense did in this regard is that they made the 510 adapter the same color as the rest of the tank.

The Sense Blazer 200 has very similar dimensions to the Smok TF-V8. The base of the atomizer is 25.7mm, and it is 50mm tall from the base to the edge of the top cap, and 62.2mm tall if you include the proprietary drip tip. At the bottom of the device is a flat, non-adjustable, slightly protruding 510 contact pin, which is not safe to use on a hybrid top cap. Do keep in mind that you should never use atomizers with flat and non-protruding 510 pins on hybrid mechanical mods.

The top fill cap on the Blazer 200 is quite innovative and easy to use. You just need to grab the knurling on the top of the device and twist it slightly counterclockwise until you feel it click and the top cap will flip up to reveal the filling section. Another advantage that the Blazer 200 has over the TF-V8 tank is that it has two kidney-shaped fill ports, this means you won’t have any issues with air pockets because there is always a way for the air in the tank to escape.

The Blazer 200 comes apart into four main sections: the top cap with the top chimney portion press-fitted in it, the glass tank, the premade coiled, and the base of the tank. If you ever need to replace the premade coil, but there is still some liquid in the tank, you need to be very careful when unscrewing the base because the only thing that is keeping the glass tank in place is the O-ring on the top cap section.

Diving Down on the Sense Blazer 200 Coils

The Sense Blazer 200 tank comes with two types of pre-built coils: the 0.6-ohm ceramic coil, and the 0.2-ohm cotton coils. The ceramic coil is three Herakles coils stuffed into a massive coil housing. Each coil is composed of two 26-gauge wires wrapped in parallel, which is then wrapped individually in Japanese organic cotton, and all three are encased in a porous ceramic sleeve.

The 0.2-ohm coil is the same as the 0.6-ohm one, but instead of a ceramic sleeve, the 0.2-ohm coil contains all Japanese cotton. Also, the coils are 24-gauge

How Does It Vape?

The ceramic coil definitely has a cleaner taste than the pure cotton one, but the flavor that I get out of it is slightly muted, which might be the result of the ceramic filtering out some of the flavor compounds in the e-liquid. However, the cloud production of these coils is quite impressive; they can handle high wattages without getting too hot, and the clouds that they produce are dense and much more flavorful than the TF-V8.

The Sense Blazer 200 has quad-adjustable airflow, which when fully opened provides an almost resistance-free draw; it’s as if you’re just inhaling through your mouth. However, fully-opened air flow is too much for me, so I usually close the AFC around halfway for a slightly restricted lung hit and extra flavor.

The tank, even though it can handle high wattages, does not get that hot at all. Even if you were to chain vape at 90 watts or so, the tank would get a bit warm, but not so hot that you cannot even touch it. The vapor also does not get so hot that it burns the back of your throat, even if you set your mod at around 100 watts.

However, just like the other high-powered sub-ohm tanks like the TF-V8 or the Arctic V12, the Sense Blazer 200 is a juice-guzzling machine. It takes quite a lot of juice to saturate all the cotton inside the coils, and all of that liquid vanishes in just a couple of seconds when you pump the recommended amount of power through them. You will most likely go through a 30ml bottle of juice in no time when you use a high-powered sub-ohm coil like the Sense Blazer 200.

Another thing worth mentioning about the Sense Blazer 200 is that the coils are the same size as the ones used in the TF-V8. So you can use Sense coils in the TF-V8 and vice-versa.

Can You Handle the Beast?

The Sense Blazer 200 is a top contender in the battle of the high-powered sub-ohm tanks, and in my opinion, it is much better than the TF-V8 Cloud Beast in many regards. For one thing, I got the best of both worlds with the 0.2-ohm Blazer coil because it can chuck clouds and provide intense flavor as well. The Blazer 200 is the perfect choice for people who would like to give cloud-chasing a try but are not willing to sacrifice flavor just for the sake of blowing huge plumes of vapor.

If this is your first foray into the world of high-powered sub-ohm tanks, I do recommend that you get the Sense Blazer 200 because it will provide you with the best of both worlds. To get the best deals on your purchase, just follow the links provided in this article.