The Aspire Nautilus 2 is the update to the original Nautilus tank. Many vapers still regard the first Nautilus as something of classic MTL and DL tank, as it paved the way for sub-ohm vaping. The new Nautilus retains the domed-exterior of the original.

It also features the narrowed mouthpiece of the first, only this one is stouter and not so long. The updates to the classic tank include a new airflow design. The tank also comes equipped with a threaded top cap so users can easily refill the tank. Two coils come in the kit. One is a pre-installed 0.7ohm BVC coil, while the other is an MTL 1.8ohm BVC coil.

An Up Close Look

The Nautilus 2 tank has a much shorter build than its predecessors. The original stood at over 80mm (around 3.2”) with the mouthpiece attached. While unwieldy, the older model could also take more juice, as it had a capacity of 5ml. The new capacity is 2ml, which could be a drawback for some.

The new version expands the bell-shaped curvature of previous devices. It has noticeable curves, and even though the mouthpiece and top cap look like one piece, they are separate. The drip tip is 510-threaded and fully removable/replaceable. The new Aspire atomizer also has a removable glass piece that is not all one-piece with the top cap. 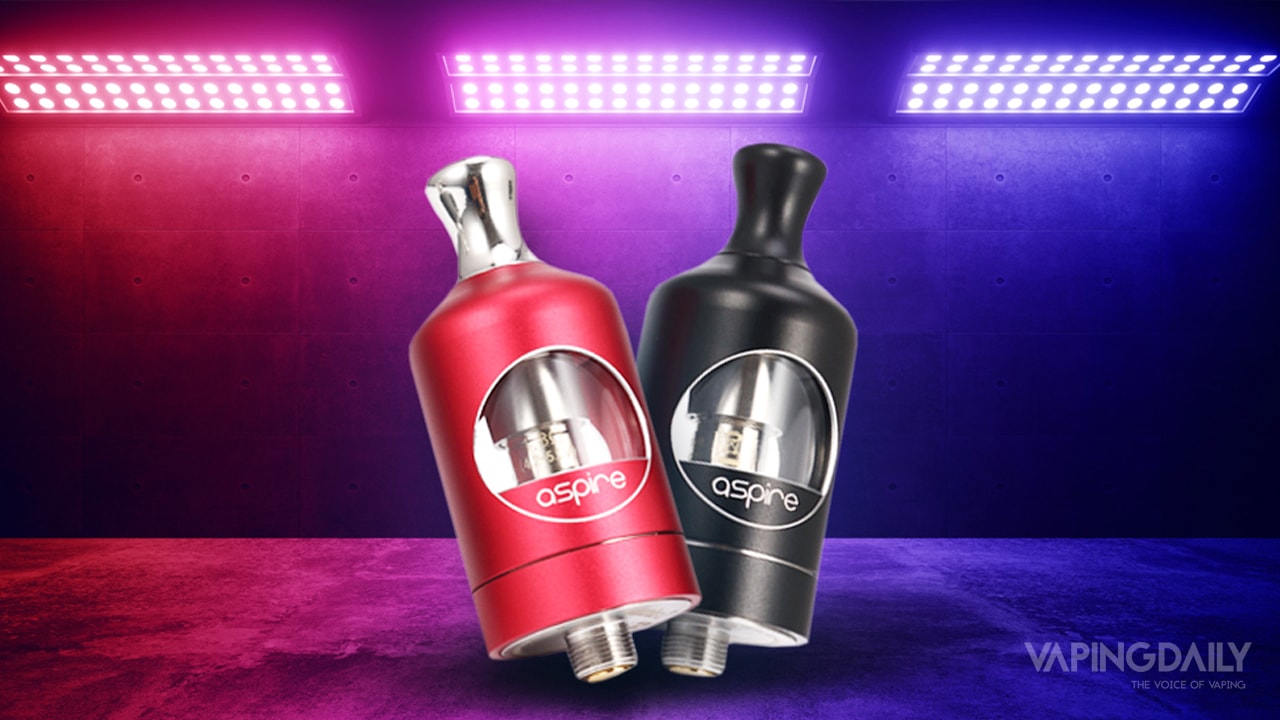 The most exciting feature of this new tank is the airflow design. It features a row of air holes of varying sizes. The first is the largest, and the rest are smaller in descending order. The airflow ring that controls it stops at the last and first hole, so it does not turn completely.

The ring does allow for customization, though. Users can cover or uncover as many of the vents as they want to achieve their ideal draw. The atomizer has a sturdy stainless steel build. The top cap, which features a circular cut-out to view the e-juice level, goes over the glass part, essentially protecting it as well. 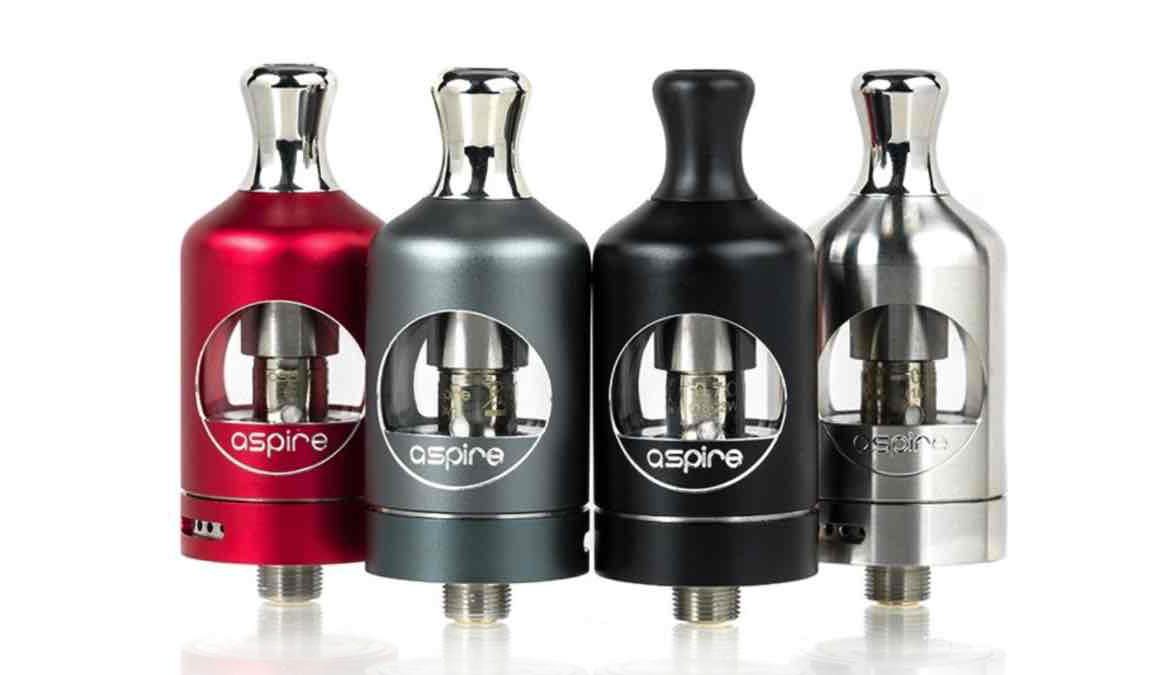 The unit has a 510-pin at its base. It has a 22mm (0.8”) diameter, which is also a hold-over from previous versions of the device. The tank is more an MTL hitter than a sub-ohm behemoth, and its svelte profile is proof of that function. With that said, Aspire smartly included a 0.7ohm coil for heavy hitters, only the coil vapes best well-below three-digit wattages.

The Nautilus comes in a simple, lift-tab carton that has a small viewing window on the front. The tank itself sits to the left. The rest of the components in the kit sit next to it. They each have their places on the cut-out and are all well-protected. 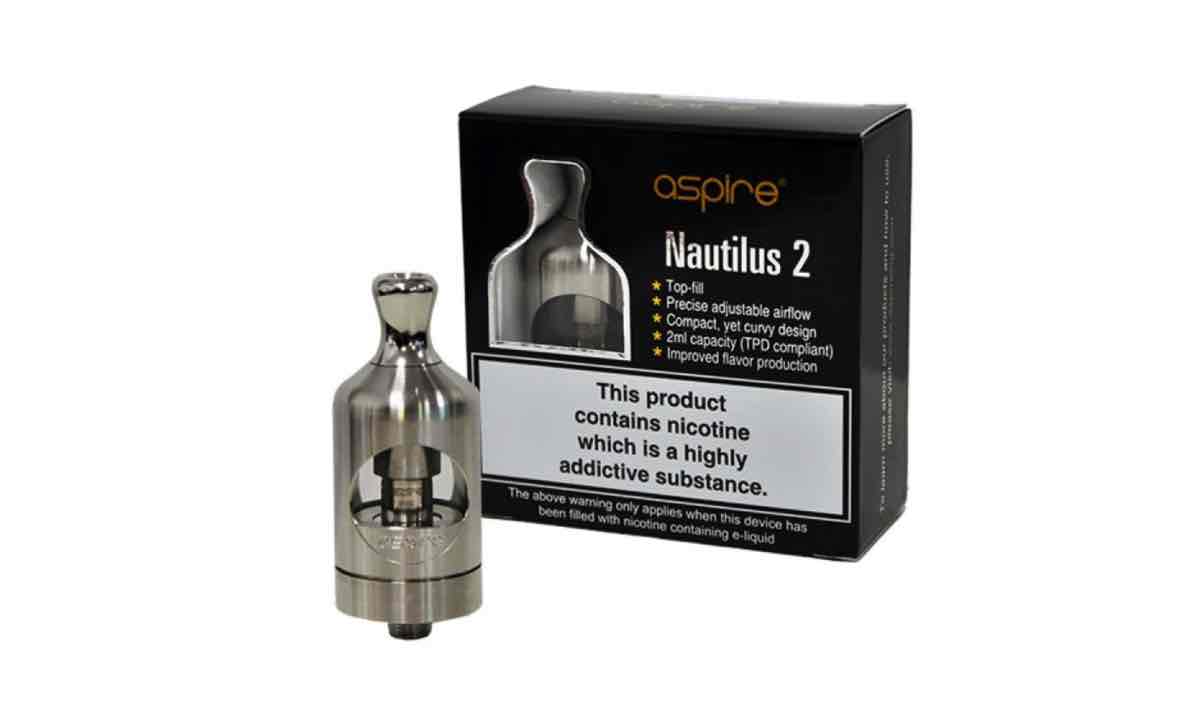 Here’s what users will find in the box:

The Nautilus is a sturdy tank. The older versions left the glass section exposed, meaning it could easily break. The new design protects the glass by having the top cap lay over it. The more squat design of the atomizer also means it has a more minimal profile, so it is more portable and pocket-friendly, although that depends on what mod users choose to attach it.

The new version also divides between build materials and colors. The tank comes in five colors, two of which (rainbow and stainless steel) feature stainless steel builds, while the other three (grey, red, and black) use anodized aluminum.

The Air In There

Airflow holes of descending size were featured on the first Nautilus. Aspire has kept this design, but has markedly improved on it by making it more customizable. The previous airflow design only covered or uncovered each vent, meaning a user could only choose one vent at a time.

The new design lets a user choose to open or close as many of the vents as they want. The left air hole is the largest, and the one furthest to the right is smallest. There are five in total. There are no stated measurements for the size of the airflow vents on the new version, but there were only four air holes on the original, and each had a different diameter like:

The measurements are probably the same for the new tank, as well.

The sub-ohm coil is a new addition and a concession to cloud-chasers. The original Nautilus, when it first came out, became the standard-bearer for quality MTL tanks. The two coils that came with it were both above-ohm, probably because sub-ohm vaping had not been invented yet!

Now, as then, though, the two coils are what Aspire calls bottom vertical coils or BVC. 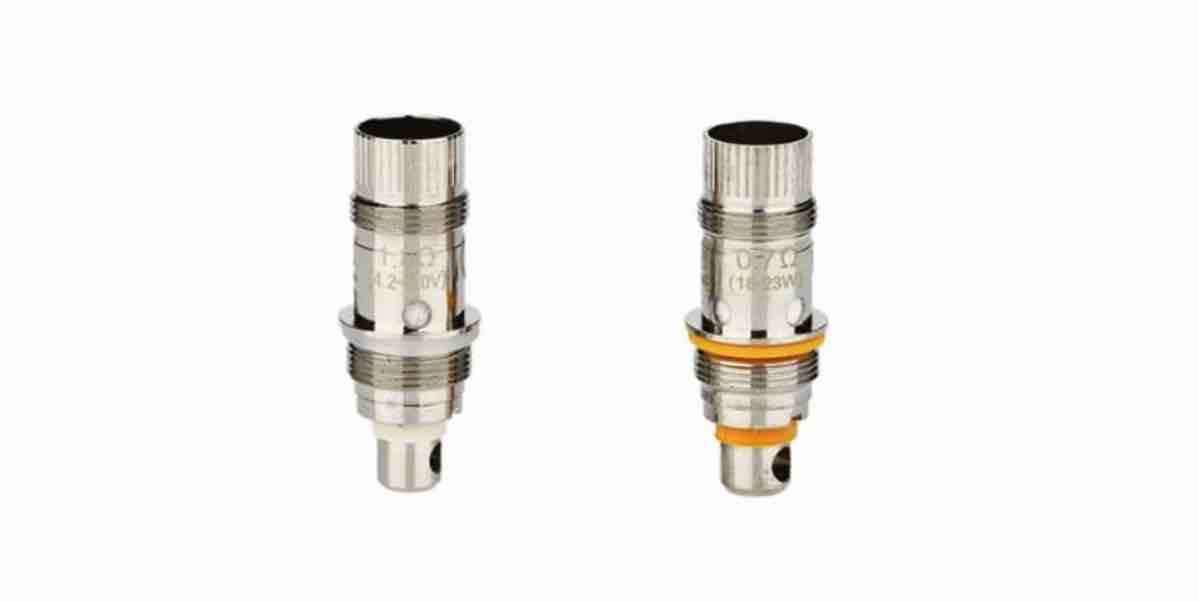 The BVC coils have a tiny air intake hole at its base, which is, of course, where the air enters the coil head from the bottom airflow vents. This is not a unique design, per se, but it is one that Aspire has been using for a while with their pre-made coils. The coil wire is Kanthal, so they are not compatible with temperature control vaping.

The two coils have different recommended vaping ranges based on their build. The sub-ohm coil has the widest, as it vapes best between 17-23W, while the MTL coil has a range of 10-14W. Neither of these recommended wattages will appeal to hardcore sub-ohm vapers, but the relaxed style of both should appeal to people who enjoy flavor over cloud cover.

The Nautilus has five separate parts:

Although the top cap appears to be press-fitted onto the coil base, it requires some turning. To fill the tank, users must first unscrew this top cap, which then leaves the top wide-open for super-easy refilling. Users have to first press-fit the cap, but then turn it to screw it into place. 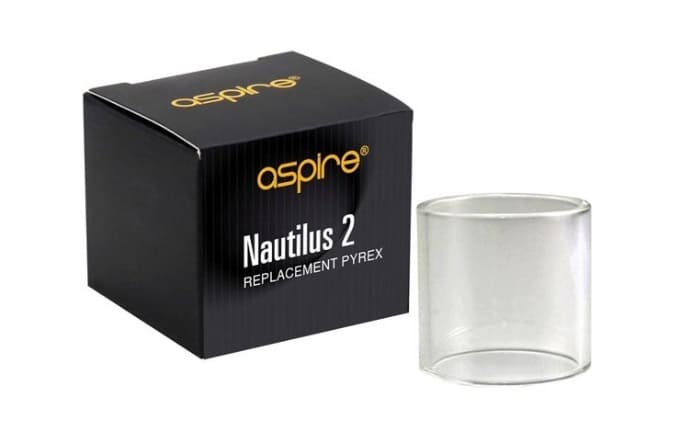 There is a thick, circular silicone ring at the coil base onto which the glass piece latches. With the glass piece attached, users can then screw on the top cap and mouthpiece. The coils are also threaded and need to be unscrewed from the top to remove them.

The S version of the Aspire tank leans more to the sub-ohm vaping category. It retains the basic shape of the 2, but it comes with a pre-installed, DL mouthpiece and it can hold 5ml of liquid. There is also a second MTL mouthpiece in the kit. 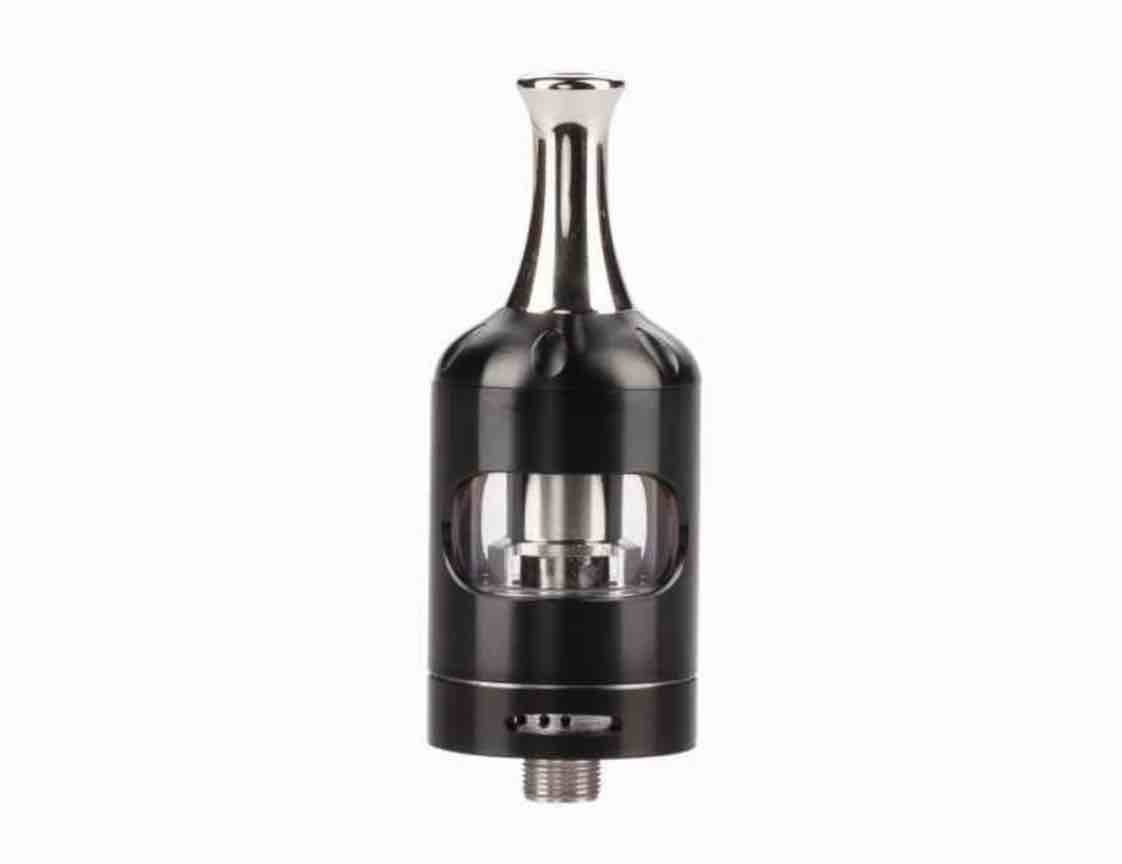 The S-type also comes with two coil styles, again, one for direct lung and the other for mouth-to-lung. There are two possible sub-ohm coils, with the one rated for 0.7ohms having a mesh-style coil instead of the typical round wire.

The Zlide has a similar design to the Aspire tank. It is also a five-piece atomizer with a top cap that acts like a sleeve that fits over the glass piece. The Zlide has a push-back, fill-system, though, and it uses two coil styles that are also MTL compatible as they are rated at 1.4ohms. 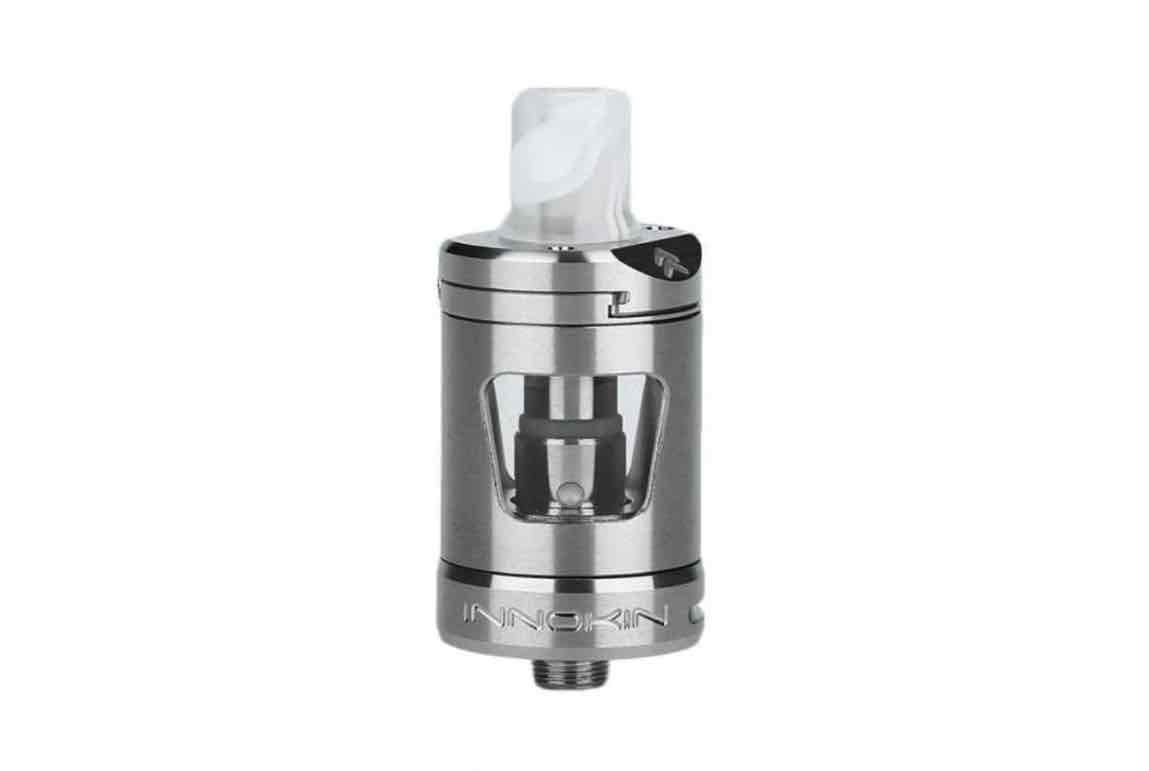 The Aspire Nautilus 2 is a long-awaited tank for the many vapers out there who started vaping with the original Aspire atomizer. The new design is much more compact and user-friendly than the original. It has an improved airflow design that allows for more user-control over cloud production. The addition of a sub-ohm coil lets users pump more power to the coils, so the new Nautilus is much more than a mouth-to-lung tank.

Did you use the original Nautilus tank? Were you impressed by it then? What were some of the first tanks or mods that you used when you started vaping? Tell us in the comments section below.