The Flum Float disposable vape is unlike any other disposable available on the market right now. Flum vape is an oversized, disposable vape with an internal 8ml e-juice pod and a long-lasting battery. The unique shape looks more like a football than a typical, pen-style disposable vape. The Float features a thick, tube-like construction with a mouthpiece atop and a draw-activated battery inside. The device uses a nicotine salt e-juice that comes in fourteen different flavors.

A Closer Look at the Flum Float

The Float device has a unique style that is eye-catching and practical. However, the Flum vape uses an internal 8ml tank, which needs more space than a typical two or 2.5ml pod. Not to mention the battery that needs to power over 3000 puffs per unit. These two factors make it necessary for the device to be a little bulkier than a typical disposable device.

The Float disposable vape is draw-activated and has no buttons anywhere. As a result, users can start puffing on the device as soon as they get it and keep puffing until the device gives out at around 3000 puffs. The unit uses a nicotine salt solution in the pod and has only one available nicotine strength, 50mg. One of the best things about the Float is the number of tastes it offers.

Users can choose from fourteen flavors. They range from sweet and savory (Nana Cobbler, Peach Gelato) to fruity and tart (Mixed Berries, Aloe Grape). The vapor quality is ideal for combining nicotine salt and all of these tastes. The vapor is not overpowering and has a smooth texture. The tastes are not always precise. They are hard to distinguish, but many are well-done and tasty.

The Float is an all-in-one device, so it contains all its essential parts in one self-contained piece. The device is disposable, so there is no recharging or refilling required. Users can throw out the device when the pod or battery runs out.

The Float disposable vape has a unique design and build. It has a bulky exterior with a small mouthpiece at the top and a rounded bottom. The entire device features a plastic shell, but it comes in various colors depending on the flavor of the vape. There is a different color combination for every taste, so there is a lot of variety.

The disposable vape is draw-activated, so the battery only runs when users inhale from the mouthpiece. There are no buttons or charging ports on the device, and the device is not meant to be refilled or recharged. The battery is supposed to last for close to 3000 puffs, but disposable vapes may not always last that long, and it all depends on the model.

There are over 10 different flavors available for the Float disposable vape. Users can choose from flavors like Peach Gelato, Strawberry Ice Cream, and Pina Polo. The flavors also include fruit-based ones like Strawberry, Mango and Mixed Berries. Users can choose from these tastes and more, but the device is not refillable, so they cannot add their preferred e-juice to the device. 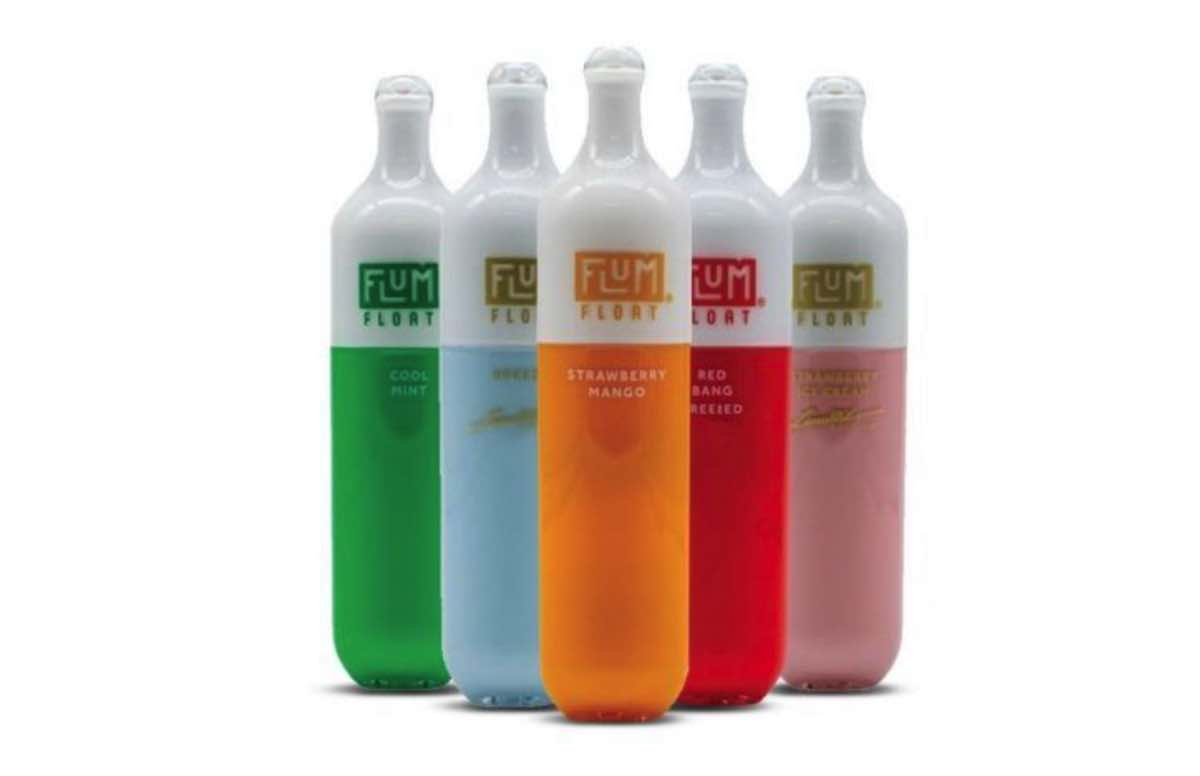 The Peach Gelato and Strawberry Ice Cream flavor recall a refreshing, fruity treat with a smooth aftertaste. The Strawberry Mango and Mixed Berries flavor features the fresh and tart tastes of springtime berries, while some flavors have a hint of menthol behind them to deliver an icy finish on every exhale. 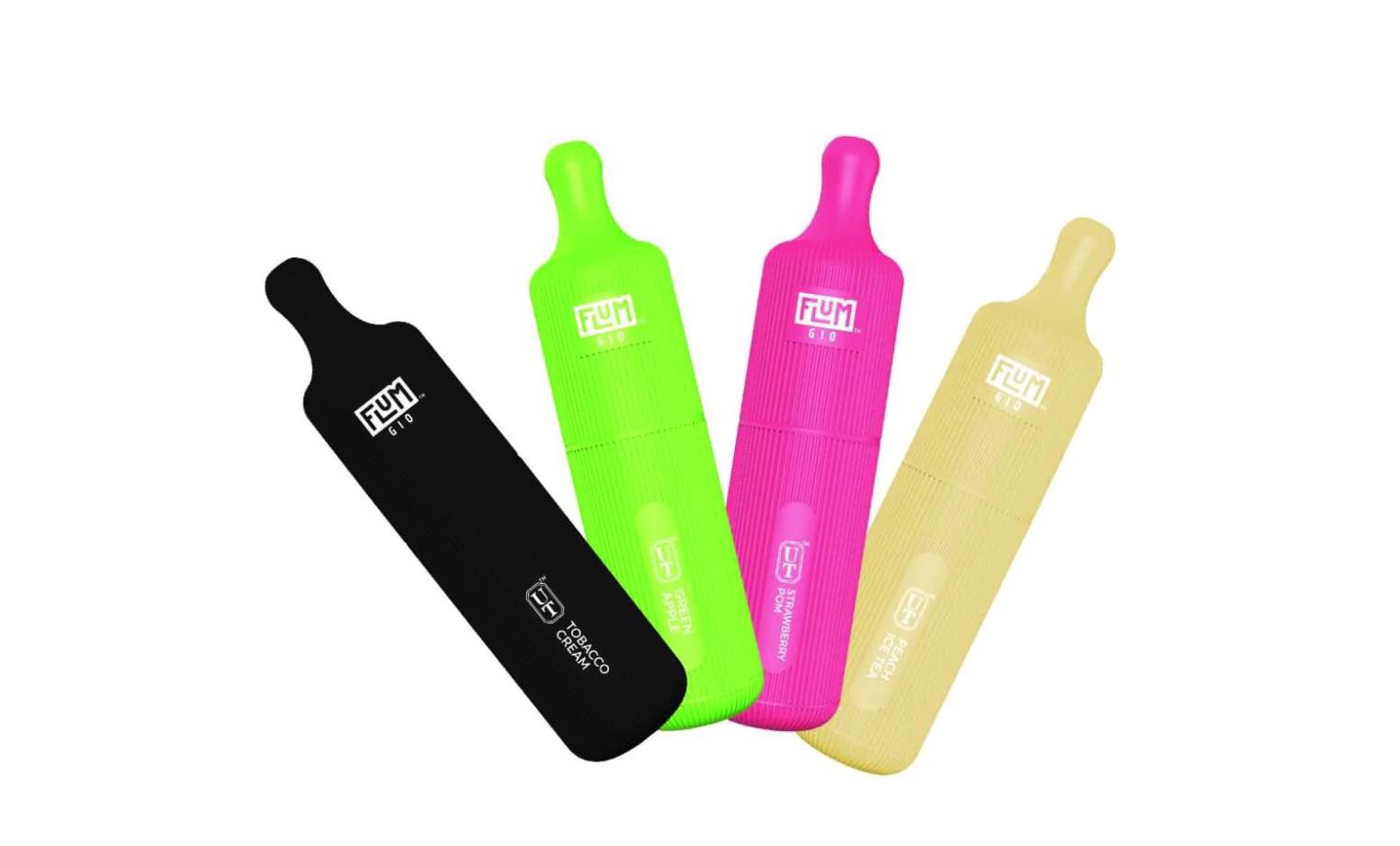 The Flum Gio is a sister device to the Flum Float. It has many of the same features, including its size, pod capacity (8ml), and duration (3000 puffs). The difference between them is that the Gio features a ridged, rubberized exterior. It makes it lightweight and durable and ideal for on-the-go vaping. The Gio is also draw-activated and comes in several different flavors. 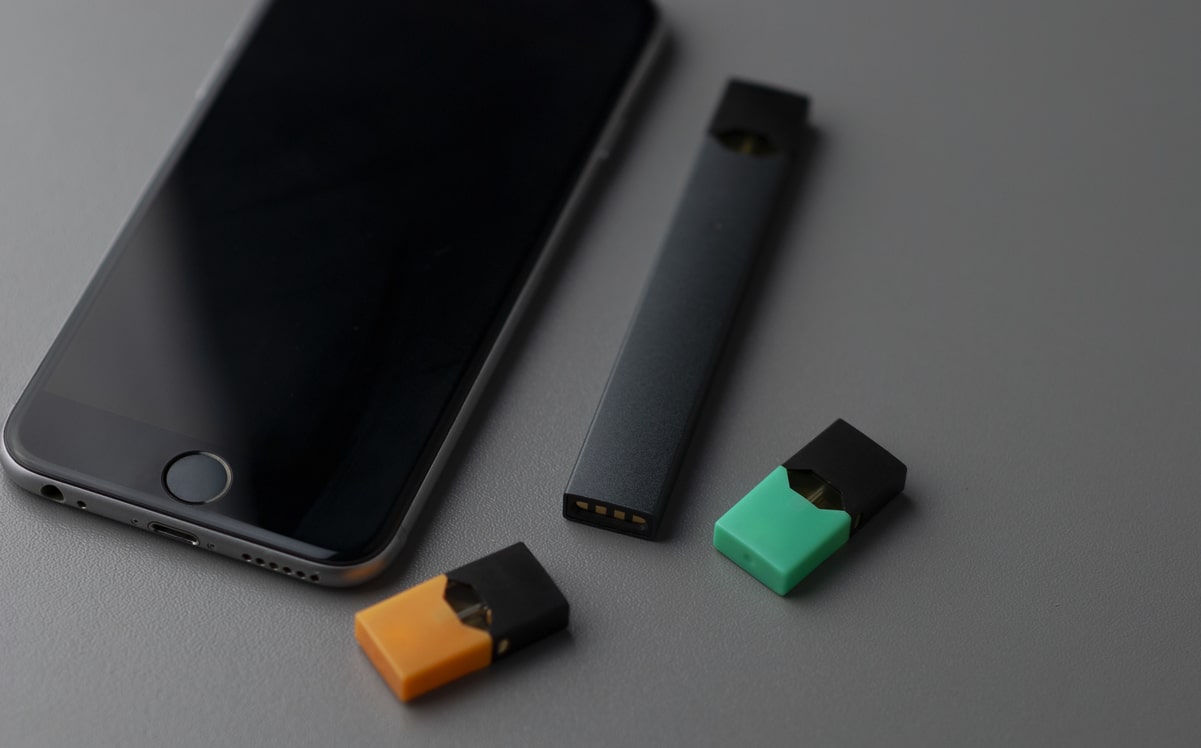 The is a portable vaping device much smaller than the Gio or the Float. The Juul features a battery and pod combination that is also draw-activated and uses a nicotine salt solution. The Juul has no buttons and uses a proprietary USB charging device to recharge the internal 280mAh battery. Juul pods are disposable, but the entire device can be reused, unlike the Float.

Do you enjoy vaping disposable vapes? Are there advantages and disadvantages? What do you like or dislike about them? Tell us more about your preferred disposable vapes in the comments sections below.

The Flum Float is a one-of-a-kind disposable vape that has a great-looking design and comes in several different flavor options. The unit is draw-activated and super easy to use. According to the manufacturer, the internal battery and pod can last for up to 3000 puffs, but they may last longer or less than the stated duration.