If you are a smoker, we recommended that you quit now. If you quit smoking now reduces the risk of cancer, disease, numerous illnesses, and adverse health effects.

Nicotine withdrawal is the primary side effect of quitting smoking. It is also the primary reason so many people fail in their attempts to quit smoking every day. In fact, the American Cancer Society reported that the success rates for those attempting to quit smoking without the aid of medicines are between 4% and 7%. This startlingly low statistical success rate is accompanied by further statistical evidence which shows individuals who attempt to quit smoking with the help of medicines or nicotine replacement therapies only have a 25% chance of remaining smoke-free for longer than six months. This means that even with the help of prescribed medicines, an individual trying to quit smoking has a 75% chance of failure within the first six months.

Depending on how much you smoke and for how long, the symptoms begin within the first two hours of putting out a cigarette. The symptoms of nicotine withdrawal may also begin as early as 30 minutes after your last cigarette. The brain of a smoker becomes dependent on these regular “doses” of nicotine in order to maintain its current standard of functionality. Once these “doses” cease, the brain’s standard of normal functionality begins to alter. Here is a timeline in regards to nicotine withdrawal:

The acute phase is what we regard as the first week of battling through nicotine withdrawal. It is during this time that nicotine withdrawal symptoms are at their strongest, and this is the time that most attempts to quit smoking often fail. The first few hours are extremely difficult. During this time you will experience intense cravings for a cigarette, followed by anxiety, anger or irritation, and a decrease in brain function. This leads to attention problems and results in difficulty completing certain tasks. A person’s ability to focus will diminish – which may cause issues at the workplace.

These symptoms only intensify as the day goes on, leading into the next. Over the next six days, you will experience numerous adverse effects of nicotine withdrawal. These symptoms last well beyond the first week and often last up to 6 weeks or more. According to addictionresource.com, symptoms include:

Around 12 hours after your last cigarette, your respiratory system will start to feel the effects. The carbon monoxide which you inhale with your cigarettes bonds to your blood cells. It makes it difficult to breathe at times, and it can cause you to feel exhausted or out of breath after short exertions.

However, around the 24-hour mark, this toxin will un-bond from your blood cells, and your respiratory system will start to get back to its old self. The effects of carbon monoxide may never fully heal, but you will notice an improvement in your ability to sustain energy and exertion levels for longer.

Your cravings will be worse by the next day, and many regular smokers cave in at this point. Your anxiety will be greater, and you may suffer from shaking fingers.

Once you stop smoking, about 48 hours later your nerve endings will begin to heal. This means that you will have increased sensation on your extremities and you will be able to taste things better. As your sense of taste and smell return, you may be more prone to notice cigarette smoke nearby, and your cravings will only have gotten worse.

At this point, nicotine will be completely out of your system. Meaning your cravings will be at their peak, and you will suffer the severe symptoms of nicotine withdrawal. You will feel emotional symptoms, such as cravings and the need to hold a cigarette or other similar object. Also, you will feel physical symptoms as well. These include nausea, headaches, and cramps. Different people will experience these in individual ways.

Continuing the withdrawal symptoms into week two is exhausting. As your body chemistry adjusts to function without nicotine, it will suffer moderate to severe changes in energy levels. Your body may feel tired more often, or become tired faster. Also, fatigue with bouts of insomnia is common.

You will have increased tobacco cravings. Your body will fight for the nicotine levels it has become accustomed to.

You may experience weight gain, as your body will attempt to supplement the actions of smoking with eating. This may also lead to unhealthy eating habits.

Insomnia and restlessness may become more prevalent. As with any form of sleep deprivation, your cognitive function will decrease.

In addition to the symptoms listed in the acute phase, these new additions can cause issues and complications in regards to the individual’s daily routine. According to drug.addictionblog.org, common prescriptions to aid in overcoming the symptoms of nicotine withdrawal are:

Most people, however, do not wish to begin taking antidepressants. Nicotine replacement therapies, even the patch, only hold about a 25% success rate. Further, smoking cessation medications hold a high risk for adverse side effects – some of which are very serious and could be life-threatening. According to WebMD, the possible side effects from Chantix range from, “Nausea, headache, vomiting, drowsiness, gas, constipation, trouble sleeping, unusual dreams, or changes in taste, chest/jaw/left arm pain, weakness on one side of the body, severe headache, vision changes, confusion, slurred speech, and seizure.” More severe side effects are, “rash, itching/swelling (especially of the face/tongue/throat), severe dizziness, and trouble breathing.”

The effects of nicotine withdrawal may last for upwards of six weeks before dissipating. However, as many ex-smokers can attest, the craving may last significantly longer. Beyond the scope of nicotine withdrawal is also combating the “habit” of smoking. This is the actual routine and actions made while smoking. If nicotine withdrawal were not already difficult enough, this area of the addiction only adds to the range of difficulties presented while attempting to quit smoking.
Smokers cough can suddenly start after you have quit smoking, too. The cilia in the lungs that were pushing material out were not able to function properly due to smoking. Now that there is no more smoke inhibiting them, they begin expelling all the contaminants out of the lungs causing a cough that may not have been there before.

Even the heaviest of smokers will lose all their withdrawal symptoms after a month or two. Moreover, the lungs will be in the process of repair, and your risk of heart disease will decrease by as much as 50 percent over the next months.
The positive effects you will see after about 3 months are the ability to exercise and increased blood flow. The first few months are the hardest, but after this point, it should be much easier to resist smoking.
In the following months and years, your body will have more healing to do, and you will continue to lower your risks for numerous diseases.

There is a viable solution to avoid the complications surrounding quitting smoking. There is a way to avoid the symptoms of nicotine withdrawal altogether, while simultaneously circumventing the “habit.”

A new study finds that, among people who are trying to quit without professional help, those who use electronic cigarettes are 60% more likely to succeed, compared with those who use willpower or nicotine replacement therapies.Dr. Michael Siegel

Even though vaping are getting more popular, quitting methods for both regular cigarettes and e-cigarettes did not significantly differ among studies.

Many people fail because they lost the focus they had on quitting. The cravings caught them off guard, and their mind was not prepared with the proper defenses. This can happen to anyone, but it does not have to happen to you. You need to surround yourself with constant reminders about why you are quitting and be prepared for the cravings when they come.

You can do this in a number of ways. The best way is to stay close to people who are determined to help you quit. Keep them near you and ensure that they are on your side when it comes to quitting.

When you quit, you are going to find yourself in a lot of situations where there is stress or boredom, and at these times you would have normally taken out a cigarette. However, you are going to have to find ways to keep yourself busy if you want to avoid that compulsion to smoke. Maybe you liked to smoke just before going into work to calm your nerves. Instead, spend that time talking to someone who supports your quitting or visiting quit smoking forums on your phone. There you will find the encouragement you need to stay focused and keep on the path to freedom from your habit.

E-cigarettes allow you to choose the amount of nicotine you consume and allow you to decrease the nicotine strength at your own pace. You can do this while keeping the e-liquid flavor of your choice. Nicotine strength decreases all the way down to 0% nicotine. E-cigarettes also do not rely on combustion or smoke. They employ a simple heating element which vaporizes the e-liquid. The result is thick, rich vapor which simulates the look and feels of smoke. 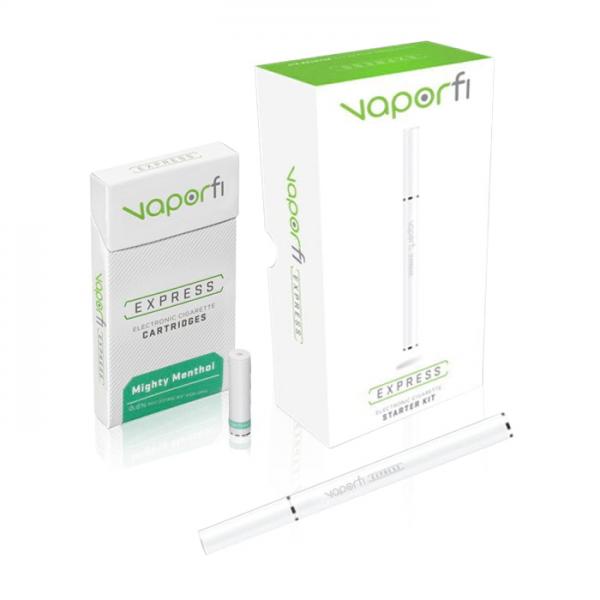