Everyone knows how dangerous cigarettes can be, and yet, society still tolerates its use. While some cities have banned its use in public, many more still don’t do enough to quell its use. 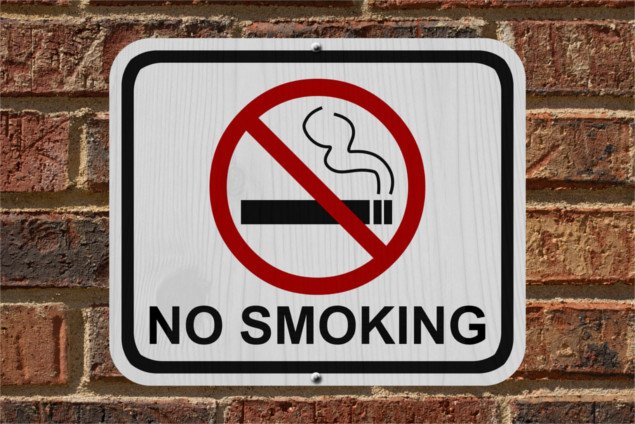 The use of tobacco products is one of the main causes of preventable and premature death and disease the world over. According to the Centers of Disease and Control, 443,000 smoking-related deaths occur in the US alone. Others argue that death happens all the time, through various diseases and accidents. However, the problem is not with the deaths itself; the problem is that those 443,000 lives lost could have been prevented.

To Ban or Not to Ban?

That is the question. Banning something that millions of people do every day is tough to execute. Imagine the worldwide outrage when smoking is banned suddenly. It would cause chaos. But even if, theoretically, all smokers opt-in to the idea, there are other issues that need to be addressed as well.

One of these is the tax revenue governments get from smoking. In the US, the amount collected in tobacco tax in 2013 amounted to $43.9 billion. It is hard for governments to let go of that outright. If tobacco were to be banned, the taxpayers would have to pay more to provide that same amount. Either that or the government would have to cut its spending.

Another issue to consider is the economy. The tobacco industry employs thousands of farmers and workers who earn a mean annual wage of about $58,000. If cigarette smoking were to be banned, a lot of people who earn a decent living would suddenly lose it all.

Then there is the issue of religion. Some religions use tobacco as part of their rituals and ceremonies, such Native Americans. Stifling any one religion can result in violent protests by both, followers of the offended religion and others as well.

As for the reasons why smoking should be banned, these hit closer to home since they happen on a more personal level. The first is its effect on appearance. Smoking causes premature aging and wrinkles on the face and hands. Look at a smoker side-by-side with a non-smoker and you will know who the smoker is by the yellowed fingers, the discolored teeth, and the stink of tobacco on their breaths and clothes.

There is also the risk of fires in smokers’ homes. Statistics show that smokers are seven times more likely to have a house fire than non-smokers, and about 1000 Americans die from smoking-related home fires annually. What’s more, 90% of wildfires in the US are caused by smoking.

Another lesser-known statistic is the number of car accidents smokers get involved in. Studies have shown that smokers get distracted an average of 12 seconds while looking for a cigarette or lighter. Compare this to the 10 seconds one gets distracted by cell phone use and it is plain to see that smoking while driving is more dangerous. It has been stated that 76% of car accidents are caused by smoking, which is alarming considering no one talks about this risk.

A high cost of smoking happens to those around who don’t smoke. Thousands of innocent people are affected by inhaling second-hand smoke. Add to that the number of lives affected by forest fires and car accidents brought about by smoking, and you have a significant number of innocent people who get hurt without doing anything wrong. Pregnant women who also smoke cause harm to the unborn child, but the same effects occur just by inhaling second-hand smoke. So the next time you want to light up, think of all the lives you indirectly affect.

Finally, there is the mortality rate. In the US alone, about 500,000 die from tobacco use. That number rises exponentially across the globe. Everyone has known someone who has died because of tobacco use or from its second-hand effects. This fact alone should be cause enough to ban smoking. The money and jobs generated from the sale of tobacco can be earned in different ways, but the lives lost prematurely cannot be taken back.

The British Medical Association has a goal. A tobacco-free society by 2035. That’s quite a goal, especially considering that 10 million, or about 1 in every 5 adults, in the UK smokes cigarettes, according to Action on Smoking and Health (ASH) findings.

Their latest plan to make this happen? They want to ban tobacco sales in the United Kingdom to anyone born in the 2nd millenium. That would apply to anyone who is 14 or younger. According to proposed motion, if your identification shows you were born from January 1, 2000 or later, you will never be legally allowed to purchase tobacco.

Unfortunately, money talks. The billions of dollars in revenue generated by tobacco products is too valuable for governments to let go outright. Not to mention the jobs and livelihood of the farmers and workers in the industry that will be affected.

The best one can hope for is the strict regularization of its sale and use. Ban smoking in public places and cars, let smokers do their thing inside the comforts of their home. But to ask for a total ban is virtually impossible.

As for the effects on the personal level, that is up to the user. Everyone is entitled to pursue their happiness without infringing on others. Junk food is harmful to health, but banning it can prove even more difficult. The same can be said for smoking. In the end, the individual is responsible for their own health and of those around them.

58 comments on “Should Smoking Be Banned?”