We know what a pack of smokes costs us, and we have a vague idea that it adds up over time, but we rarely stop to think about how much money we will spend on cigarettes in a year, 5 years, 15 years, or during our entire lifetimes. The answers may surprise you. 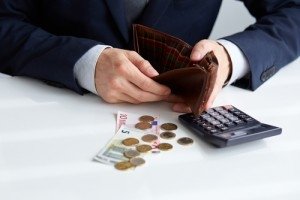 According to LUNG.ORG the average price of a pack of cigarettes in the United States is approximately $5.5, which is still much less than even the best vapes that usually cost more than 20$ for a basic starter kit. Now this may not seem like that much, until you consider how many of those you buy in a year. Each year, a person who smokes one pack per day will spend $2,011on cigarettes alone. If you smoke 2 or 3 packs a day, in a year you will lose $4,022 and $6,033 on cigarettes, respectively.

Cigarettes can be far more expensive in certain states. In New York, a smoker will spend over $5,000 every year. In ten years, that same smoker will waste $50,000 on a habit that’s killing him. That’s enough to buy yourself a brand new BMW.

The most obvious way that quitting smoking saves money is through no longer spending money on cigarettes. Depending on how many cigarettes you smoke, you can save on smokes simply by not purchasing cigarettes.

Consider making an impulse purchase for $2000; most people would determine that this is just too expensive for an impulse buy.

Because money spent on cigarettes is often stretched out over a more extended period, it can be difficult to grasp exactly how much money you are spending.

Sitting down and working out the numbers is a startling experience for smokers, but can help give you a reality check into not only the health benefits, but also the financial benefits of quitting smoking.

If you aren’t sure what you’ve spent in the past, track your spending for a month. This will give you a rough estimate of what you spend on cigarettes throughout the year. 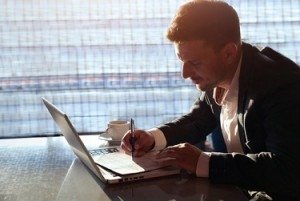 In addition to the direct costs of tobacco, researchers have discovered a significant wage gap between smokers and non-smokers caused by productivity loss, health-related absences and workplace bias.

The average smoker earns 8% less than a non-smoker of the same background. For the average hourly wage (according to the Bureau of Labor Statistics) of $25 that can mean a monthly loss of $275, and a loss of $3,306 every year. 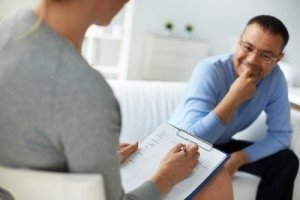 Smoking has a direct impact on health and is proven to increase the potential rate of many diseases. It also significantly increases the likelihood of early mortality. Insurance companies recognize this and see it as an increased risk. Even under Obamacare, insurance companies are permitted to add a 50% to the cost of insurance for smokers, although it also mandates that all plans provide access to smoking cessation programs without any added charges.

That risk is passed back to the consumer who smokes through increased rates, but when you stop smoking it saves you money. Each company increases their rates by an amount specific to the insurance plan in question. According to Jeff Rose from Good Financial Cents, the amount that smokers pay can frequently be up to four times higher than that of a non-smoker, so the money saved from quitting smoking also comes in the form of lower premiums for health insurance.

To make this more concrete, a hypothetical “average” individual can be used to generate instant quotes for life insurance. Using a hypothetical 30-year-old individual living in New York who stands approximately 5’7″ and weighs about 130 pounds, we can illustrate the savings directly. The results become obvious. The following is pulled from Geico’s instant quote system:

RATES FOR THOSE WHO HAVE SMOKED IN LAST YEAR

In addition to the direct costs of tobacco, researchers have discovered a significant wage gap between smokers and non-smokers caused by productivity loss, health-related absences and workplace bias.

The average smoker earns 8% less than a non-smoker of the same background. For the average hourly wage (according to the Bureau of Labor Statistics) of $25 that can mean a monthly loss of $275, and a loss of $3,306 every year.

Cost of Smoking: Is It Worth It?

Once you add up all the losses that smoking cigarettes can cause, you get a figure as high as over $7,000 every year for an average one pack a day smoker. In 5 years, the same smoker will pay $35,000 to keep up his habit, and over a 15-year period he will lose $105,000. That’s enough to buy yourself your dream car or put your kids through college.

Quitting could save not only your life but also allow you to save many others. The money you’re spending on cigarettes is enough to build 73 wells every year and help countless people without access to clean drinking water. Just by looking at the financial figures, you can begin to realize how much you can gain by quitting — and there’s nothing to lose if you do decide to quit. Smoking is an exceptionally poor investment. A pack of cigarettes may cost less than something like a 3 in 1 vape pen but there are hidden costs to smoking as well.

Not convinced? Read The Effects of Smoking. Do you still think it’s worth it?

FAQ About the Costs of Smoking

How much money is spent on cigarettes each year in the world?

In 2016 The World Health Organization the number of cigarettes sold is estimated to be around $150 billion.

Closer to home, the CDC puts the dollar figure of money spent annually on cigarettes by Americans at $80 billion, although it is unclear to which year that refers and whether it has increased or not.

Data compiled by Euromonitor International puts the average cost of cigarettes per year in the United States, meaning the value of all cigarettes sold either wholesale and retail, at over $683.4 billion in 2016.

According to the World Health Organization, the big five tobacco companies combined:

What are the global costs of smoking?

The initial figure was $422 billion, but it only tallied the medical costs of smoking borne by countries caring for ill smokers. When coupled with how much tobacco costs, such as lost productivity and lost earnings, the amount totaled a staggering $1.436 trillion.

A 2017 study by the WHO found that the global cost of smoking, and all its related expenses, to the world’s economies, add up to $1 trillion a year. This figure factors in all the ways that tobacco affects society, including:

Unlike most studies that look only at how tobacco products affect the finances of the smoker, this study was carried out over 97% of the globe, meaning that this figure is comprehensive.

The study was among the first to take into account smoking’s financial impact on low and middle-income countries, as well as developed countries like the United States and the UK.

What is the cost of smoking on the healthcare system?

As revealed by the World Health Organization report, healthcare spending is just one cost of smoking on society. A sampling of countries’ healthcare costs related to smoking around the world reveals as much:

What is the cost of smoking cessation programs?

The average cost of a pack of 14 nicotine patches is $45. Multiplied by three – for each step – that amounts to almost $135. Major retailers like Walmart or Costco might offer discounted patches, more so than drug stores and pharmacies. With nicotine patches, however, success is not always guaranteed, and relapses are a possibility.

More direct ways to ingest nicotine, like inhalers and sprays, are by prescription-only, and with a price tag of $400/month can be an expensive option for someone without insurance.

In the United States, the cost of smoking cessation programs depends on the following factors:

For a complete overview of which states provide which services, consult the North American Quitline Consortium website. Take, for example, the nicotine patch, which, again depending on what state you live and how often and how much you smoke, can vary in cost.

Heavy smokers, anyone who smokes a full pack a day (20 cigarettes) must go through the three steps of nicotine patch use, which slowly lowers the amount of nicotine absorbed with each subsequent level.

Cost-effective ways to quit include:

Experts caution against using unproven and unscientific methods like hypnosis and acupuncture unless they are only a part of a much broader plan. A combination of all three proven smoking cessation methods – prescription drugs, nicotine replacement therapy, and counseling – are often touted as the most effective way to quit.

How much money will I save when I quit smoking?

$1,880 – that’s the amount of how much you can save in one year after quitting according to the data from the U.S. Census Bureau.

Remember, this is the average amount, taking into account the totals from all fifty states.

Each state levies their own taxes on cigarettes, which means the price for a pack of cigarettes varies by each state, so how much you can save by not smoking also varies. The totals by state can be found here. Even reducing smoking by a pack a day, can net a smoker an average annual savings of $2,419.

7 comments on “The Cost of Smoking”