The Nicotine Buzz: High and Its Effects on Your Body 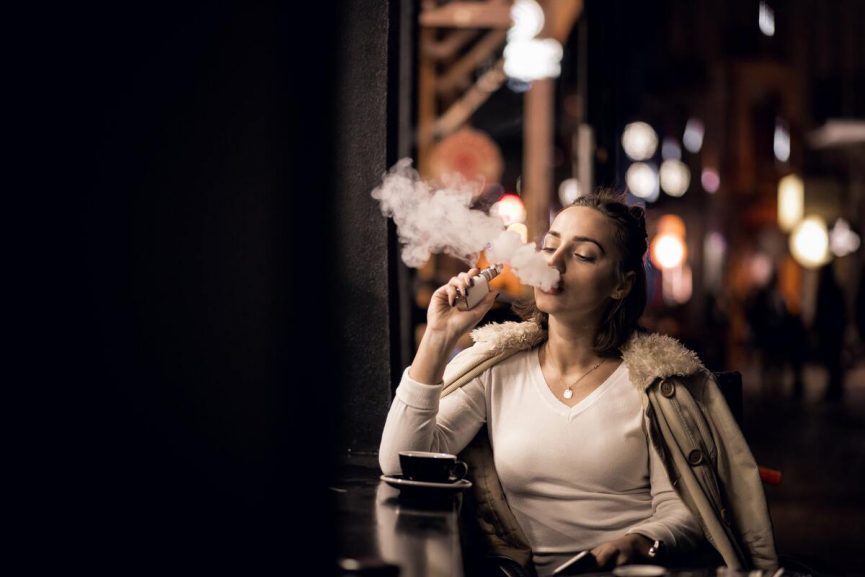 New smokers feel the nicotine buzz the most. People who have quit smoking for a while and then start again feel it hard as well. Anyone who smokes or takes nicotine feels the nicotine buzz even if they do not notice it.

The Nicotine Buzz: What is it?

Some of the immediate effects of the nicotine buzz are:


The Nicotine Buzz: Long-Term Effects and the Chemistry behind It


Here is the process that produces the nicotine buzz:
When the dopamine and serotonin levels go back down, and they do, you also go back down. You feel tired and without energy. Your body wants more of all those good feelings so you take some more nicotine and that is how addiction to nicotine begins.

Does nicotine addiction have any serious side effects? Yes, according to a study by the Indian Journal of Medical and Pediatric Oncology. It affects the health of the heart, kidneys, lungs, and reproductive systems.

There have been studies that show a possible link to cancer, though that needs more research. Besides the buzz, nicotine is absorbed and metabolized by the liver. Once metabolized, it leads to the formation of some carcinogens. Though much of it is excreted through sweating and urinating, there is an elevated risk of cancer because of this.

If you are a heavy smoker, the nicotine buzz is the first thing you think about when you wake up in the morning. You can already feel your body craving nicotine. This is a part of the nicotine buzz. The pleasing calmness that washes over you when you take a hit of nicotine is the cure to the craving and anxiety that nicotine addiction causes in your body.

Nicotine is both a stimulant and a sedative. It brings you up and then brings you down. If you are a regular smoker, the nicotine buzz is something you probably plan your day around. You probably have specific times during the day, when you know you will need a hit of nicotine:

The point is you can use the nicotine buzz is so many different ways. You do not care that smoking causes cancer or that it puts you at a higher risk for strokes or heart attacks. You do not care if your vape is the best vape or not.

You just want to feel better because there is too much stress in your life. Of course, there are better ways to reduce stress, if a nicotine addiction is the route a person is taking, then it is best to not pick up a cigarette to get that balance. Vaping is not without risks, but there are science opinions that vaping might be far less dangerous than smoking. De-demonizing nicotine after decades of anti-tobacco campaigns is a bit of a challenge.

And the pendulum seems to be swinging towards nicotine being a benign addiction, similar to caffeine, as long as it isn’t ingested in smoking form. Though, there is an ongoing debate about whether nicotine is indeed benign.

How Long Does a Nicotine Buzz Last?

There is no single answer to this question because much depends on the person smoking or vaping. Usually, nicotine buzzes kick in quickly and fade quickly. New smokers or those who smoke socially might feel a buzz for only a few minutes.

However, people who smoke or vape frequently might feel a longer buzz that lasts twenty to thirty minutes after their first cigarette of the day.

Still, each new cigarette results in less and less of the desired effects as the body’s receptors become full of nicotine. Further cigarettes throughout the day are smoked because a habit has been formed. Also, the smoker is trying to maintain nicotine levels in the bloodstream.

Why Does Nicotine Stop Giving a Buzz?

Regular users develop a tolerance to the effects of nicotine because the brain’s receptors are always filled, which prevents smokers from feeling a buzz. Once they are full, smoking more will not result in more dopamine being released.

Smoking more will only make a person feel sick. Addicts continue to smoke to maintain the buzz by keeping nicotine levels in their bloodstream at an optimum level.

Can You Get a Nicotine Buzz from Vaping?

Nicotine works the same no matter how it enters the body. If the user has never smoked or vaped, he or she will likely feel a buzz until the receptors are full. Someone who habitually smoked in the past will not likely feel a buzz unless his or her nicotine intake is reduced substantially by vaping or smoking less often.

This is why so many smokers crave their first cigarette of the day. After sleeping through the night, they have no nicotine in their body’s, so they are more receptive to the effects.

Does Nicotine Gum Give You a Buzz?

The same rule applies to nicotine gum as it does for smoking and vaping. The less dependent someone quitting becomes on nicotine, the more likely he or she is to feel a buzz.

However, someone who uses nicotine habitually is not expected to feel a buzz because the body’s receptors are always filled with nicotine.

On the other hand, someone who has never smoked or vaped and decides to chew the gum will undoubtedly feel a buzz, followed by feelings of nausea.

Does a Nicotine Buzz Help You Sleep?

Even though nicotine is a stimulant, it can help people feel relaxed and calmer. Someone who is feeling jittery and anxious before bedtime may not be able to sleep without first smoking a cigarette.


Stress is unavoidable in life. How we deal with it is what is important. It may be more difficult to do than to just pick up a cigarette or vaporizer, but beating stress without nicotine is achievable with enough discipline.

Even though it is still not thoroughly researched if vaping is much safer than cigarettes, it is still best to try to decrease nicotine in your life one way or another. If the use of vaporizers is to quit smoking, then eventually the goal should be to wean off of vaping at some point to completely quit nicotine.

15 comments on “The Nicotine Buzz: High and Its Effects on Your Body”