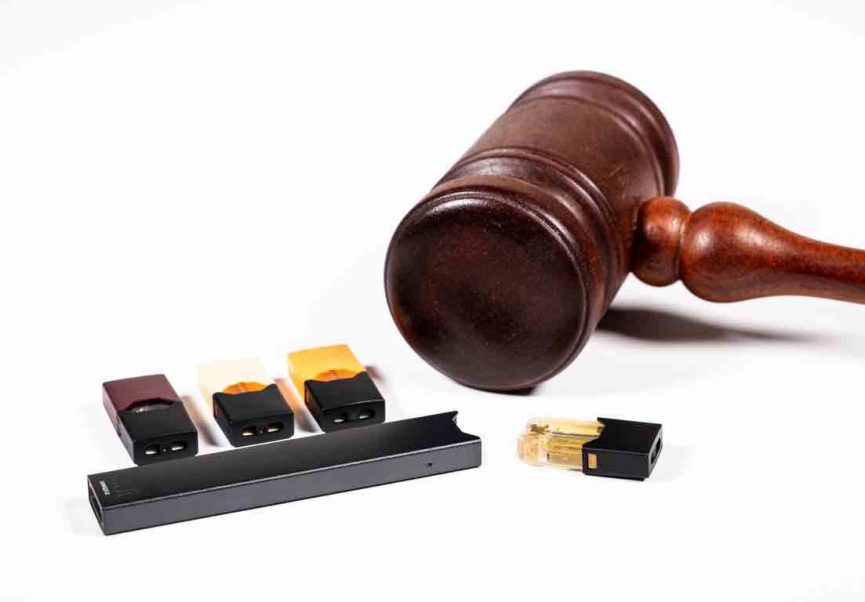 Six public-school districts in South Carolina have banded together to bring a class-action lawsuit against e-cigarette maker Juul. The suit claims that Juul used and continues to use illegal marketing tactics to target adolescents. There may be more school districts around the state that will sign on to sue the e-cigarette maker. There are still ongoing discussions on whether other districts will join, but it seems likely that they will, as the six largest ones have already gone forward with legal action. The legal action against Juul joins a nationwide campaign to bring accountability to the e-cigarette maker, who is primarily seen as the catalyst for the current teenage vaping “epidemic.”

What Is the Lawsuit About?

The lawsuits in South Carolina are part of a more significant, nationwide movement against Juul, one of the largest e-cigarette makers in the country. States attorney generals, public health authorities, private citizens, and others have brought suit against the e-cigarette giant since the start of 2020. According to DrugWatch, there are currently 758 ongoing lawsuits against Juul.

None of the suits have gone to trial yet, and the outcome of these actions is difficult to discern. The central claims against the e-cigarette maker include:

These are the crux of the allegations against Juul. For their part, several spokespeople for the company have stated over and over again that marketing to minors was never part of their business model. Only internal documents uncovered during an investigation by the Attorney General of Massachusetts tell a different story.

Rather than going forward with a more adult-oriented marketing campaign, the company purposefully went in the other direction. They sought a more youth-oriented approach that featured models and ads posted to websites and publications frequented by adolescents. There is a lot of evidence supporting many of the claims brought by other states and attorney generals. Still, Juul continues to be sold and remains a popular harm-reduction tool for many adult smokers looking to quit.

Different state attorney generals have brought a majority of the pending lawsuits against Juul. A unified action composed of several other districts is more unusual, especially if they are the plaintiff in a class-action case against a corporation. The reasoning for the suit given by Carl Solomon, an attorney who is consulting with the six school districts, was that “When you get things that enter into schools, districts have to address those issues.”

Other justifications for the suit have run from the extra time school staff have used to stop teenagers from vaping to the additional security costs that have gone into stopping teenagers from vaping. Still, no one involved in the South Carolina suit is hoping for a big payday. Many see it as their responsibility to hold the e-cigarette maker accountable for all the damage its products have wrought.

Will The School Districts Succeed?

Even though they have unified to bring a class-action lawsuit against a giant tobacco company (Altria, makers of Marlboro, have a 25% stake in the company), it is difficult to say what the outcome will be. In the past, many states were able to score a victory against Big Tobacco, and given the evidence against Juul, there could be a settlement before anything goes to trial.

The school districts themselves have little to lose, as they will not bear the cost of attorneys and legal fees. Everything is still in the beginning stages, and only recently have the school districts lawyered up by retaining influential firms on the West Coast. But even if they do win – whatever that means for them – Juul is unlikely to recede from the market.

The company has applied for a premarket tobacco application claim with the FDA to get permission to stay on the market in the US. What effect the over 700 lawsuits against the company and any possible judgments or settlements will have on that approval is also difficult to guess.

Is It All Worth It?

As representatives of each of the school districts involved have said that monetary compensation is not their motivation, it is hard to say what their endgame is in this fight. It is a tried and tested tactic of major corporations to pay out a settlement rather than admit to any wrongdoing, which, according to several school district representatives, is precisely what they are looking for.

In the late 80s and early 90s, Big Tobacco agreed to the Master Settlement Agreement, which saw the birth of the modern tobacco-control movement in the US, rather than risking being found guilty in a court of law. It’s not unfeasible that Juul and its stockholders will opt for the same rather than engaging in a lengthy and costly court battle.

If Juul were to settle, the school districts have said that they would put that money toward more counseling and prevention campaigns to keep e-cigarettes out of the hands of young people. But, that message has already been sent. Teenage vaping rates and smoking rates have decreased, without lawsuits, so it seems that teenagers have already passed on vaping, even though the adults in their lives have not.