The Effects of Smoking on Teenagers and Young Adults

90% of smokers began smoking before the age of 19. In 2017, 3.6 million American middle and high school students reported being smokers. These statistics reveal how big a problem teen smoking is and continues to be in the United States. Our goal is to reveal the reasons why young people start to smoke, and then find ways to stop it before it starts.

Adolescence is a turbulent period in every person’s life. It’s a time when not only our bodies, but our whole mindsets change. Teens can have a hard time during their adolescence, which can sometimes lead to bad decision-making. One of the most common bad habits that young adults develop is smoking. What’s interesting about smoking is that it doesn’t have to be a consequence of some negative event. There are several reasons why teenagers start to smoke. In this article, we are going to discuss the most notable reasons why teenagers start smoking. We will also explore the ways parents can take action to stop their children from smoking.

Why do teens smoke?

It’s estimated that around 1,300 people die because of smoking every day. According to the same source, for every death caused by cigarettes, there are two healthy young adults or teens that pick up smoking for the first time. No one can say what it is exactly that makes young people start smoking. Here are a few theories put forth for why they start smoking. 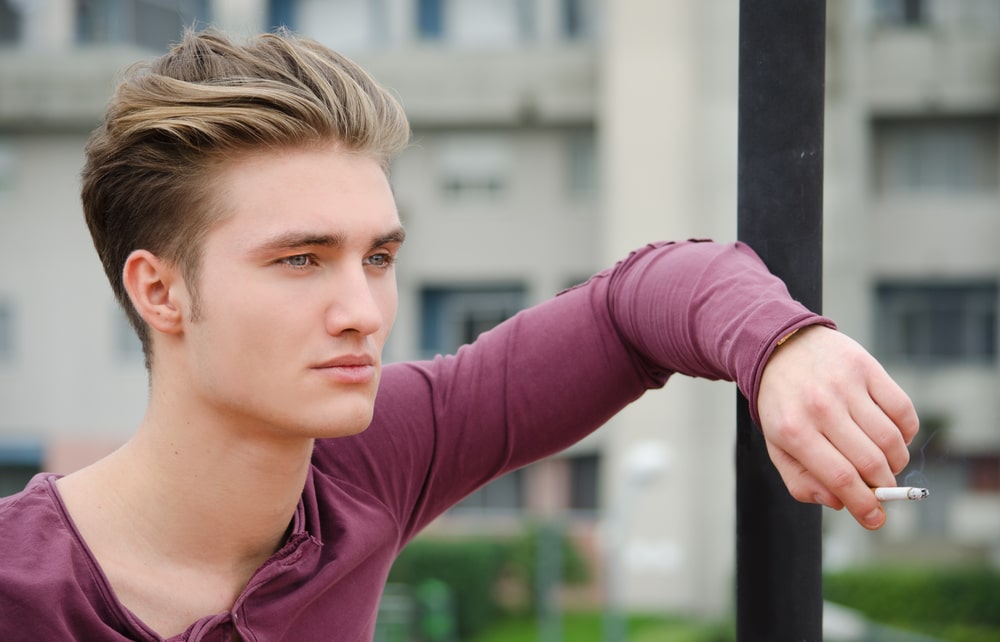 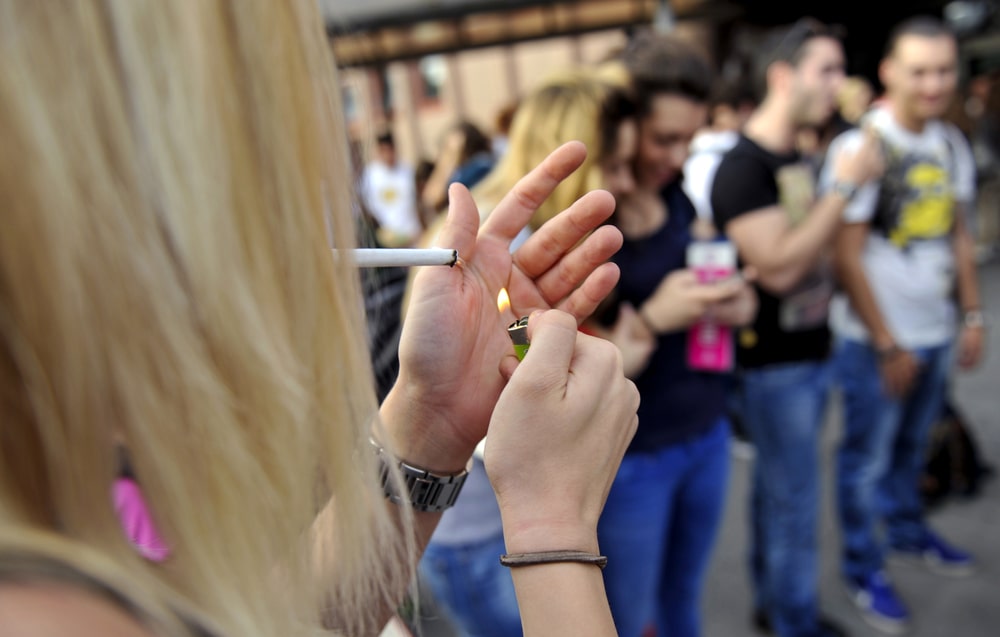 A survey conducted by CDC which included middle and high school kids from almost every state in the US showed an astonishing picture. These statistics show that 25 states have a teen smoking rate of between 10 and 19 percent. This means that half of the country is dealing with a high number of teens already addicted to smoking.

However, these numbers are not what’s really frightening when it comes to teen smoking. Additional CDC data indicates that teen smoking has been dropping for a while now. According to the Center for Disease Control, this is where the current figures stand at when it comes to kids involved with tobacco-related products:

The numbers shown above indicate the percentage of kids that confirmed they have used tobacco products in the last 30 days, which is the period that CDC defines as “current use”.

Adults have started vaping instead of smoking. According to some studies, the amount of harmful materials that a person introduces to its system is much lesser with electronic cigarettes. On the other side, vaping is becoming more and more popular with teenagers. According to research, in 2015 there were around 2,070 adults that went from regular cigarettes to vaping. At the same time, an astonishing 168,000 teenagers that used vaping devices turned to conventional, combustible cigarettes. As a confirmation of this trend, a separate study indicates that teens who vape are more susceptible to using conventional cigarettes than kids that never used any vaping product. 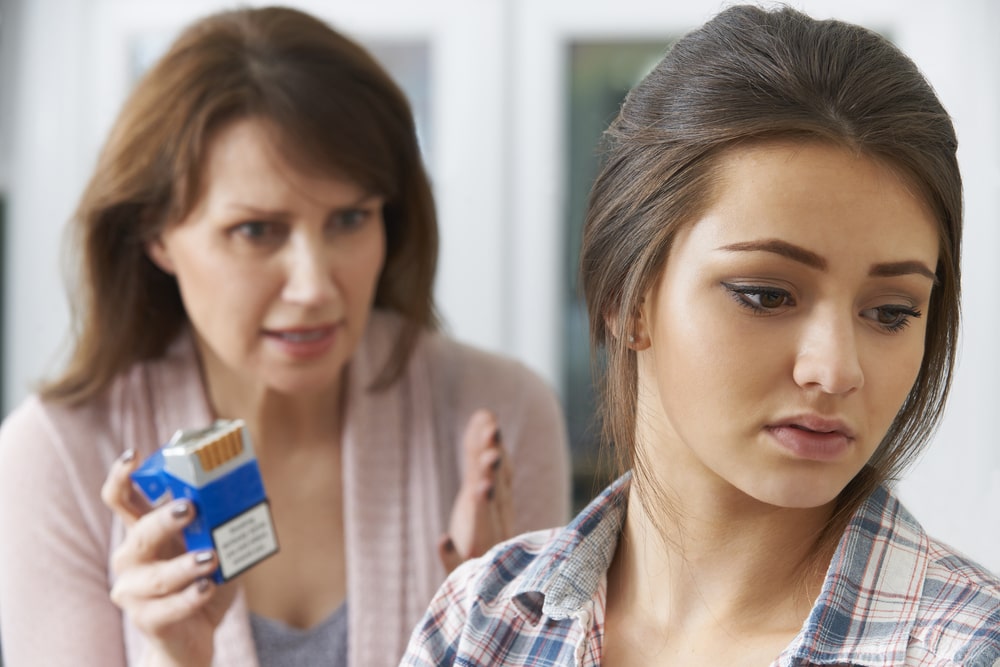 How to know that your teenager is smoking?

There are various red flags that can help parents realize what is going on with their children. For example, the smell of cigarette smoke on their clothes, hair, or in their breath. Before washing your teenager’s clothes, see if it smells strange. Also pay attention to burn spots on furniture, clothes and carpets.

Some less obvious indicators include:

The best way to actually know if your kid is smoking or not is to develop trust between you and your children that would lead to an honest answer when you ask your kid if it’s smoking. 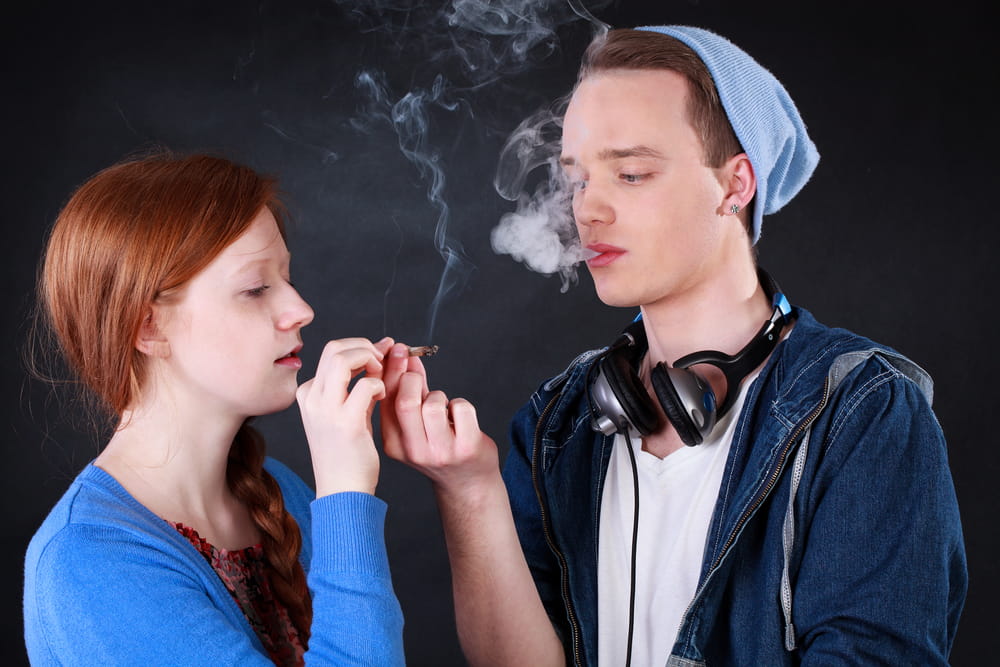 One of the most important tasks of a parent is to help their child lead a long, healthy life. To do this, here are a few tips for parents to help their teen quit smoking/vaping.

The growing influence of vaping subculture in social media can easily influence teens to start vaping or smoking. Talk to your kids and let them know all the downsides of that cool, rebellious look that comes with the smoking. Otherwise, your teenage curiosity and the drive to explore new things could lead to the development of an unhealthy habit.

Keep your vaping accessories out of reach

If you’re going for the alternative to smoking, make sure not to allow your kids access to your vaping equipment.Vaping gear might attract young people who do not know what it is to play or handle it. Not to mention the health hazards in case your young adult ingests e-liquid which contains nicotine and could lead to poisoning.

Try to explain to your teen all the negative aspects of smoking, let them know that vaping is a healthier alternative, but still an alternative to smoking.

Talk about the reasons that sparked interest with your teenager, and perhaps you will find a deeper issue that both of you should be working on.

The best possible thing you could to in order to help your kid lead a healthy life is to never start smoking or quit. Your kids look up to you, and if you show them the right path, your kids will follow.

Take time to talk to your children, learn what their interests are, see what troubles them and try to prevent them from dealing with issues in a wrong way. If you’re dealing with your child’s addiction to nicotine, try and be as much understanding as possible, develop mutual trust so your words and care would have a more profound impact. After all, it’s your job to make sure your kid has all the means to lead a happy, healthy life.