Smoking on Campus: Stopping After Starting

College is that time of life when we have our first glimpse of adult life as we start taking care of our own finances, make lifelong decisions on our own, etc. It’s also a period when we start making some bad choices, which others may disagree with but they are still our own choices and we make them for ourselves. Smoking is one of those bad habits that younger people develop during college.

“College is a time when people turn smoking into a lifelong habit.” 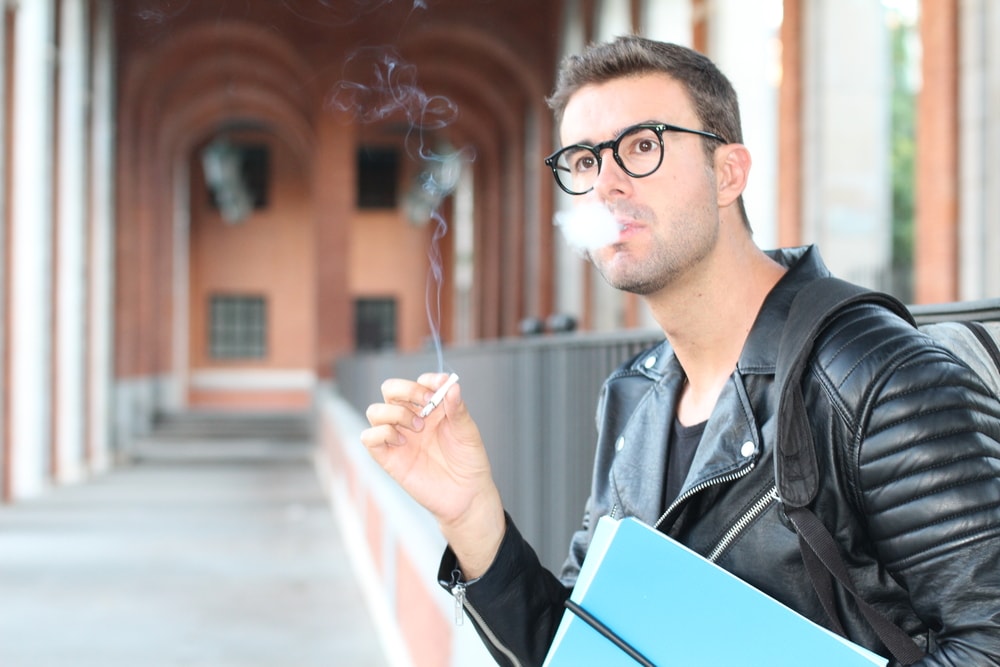 This helps explain why, as of 2020, 2,212 colleges, nationwide, have designated themselves smoke-free areas. Of these institutions, 1,853 have gone tobacco-free, meaning smokeless tobacco is also banned. College-smoking bans are working.

A survey done at the University of Michigan one year after it implemented a smoking-ban throughout its three campuses revealed the following:

The Monitoring the Future national drug and alcohol survey found that college smoking rates increased significantly in the mid-1990s, as high school students (who smoked more than college students) entered university. These findings beg the question, “why makes young people start smoking in the first place?”. The evidence shows that despite being a time of change, and initiation, many college smokers start out as high school smokers, and continue once they entered university.

The Appeal of Smoking to Young People

Why do young people start smoking? No one can conclusively answer this question. Experts have put forth theories and factors that try to help answer that question. Things like:

None of the above can be singled out for pushing young people to smoke. Instead, it is a combination of all those influences that contribute to teens picking up cigarettes. Interviews with smokers and non-smokers show as much, as people either say a parent influenced them, grew up with smokers around, or wanted to, as they say, “look cool.” 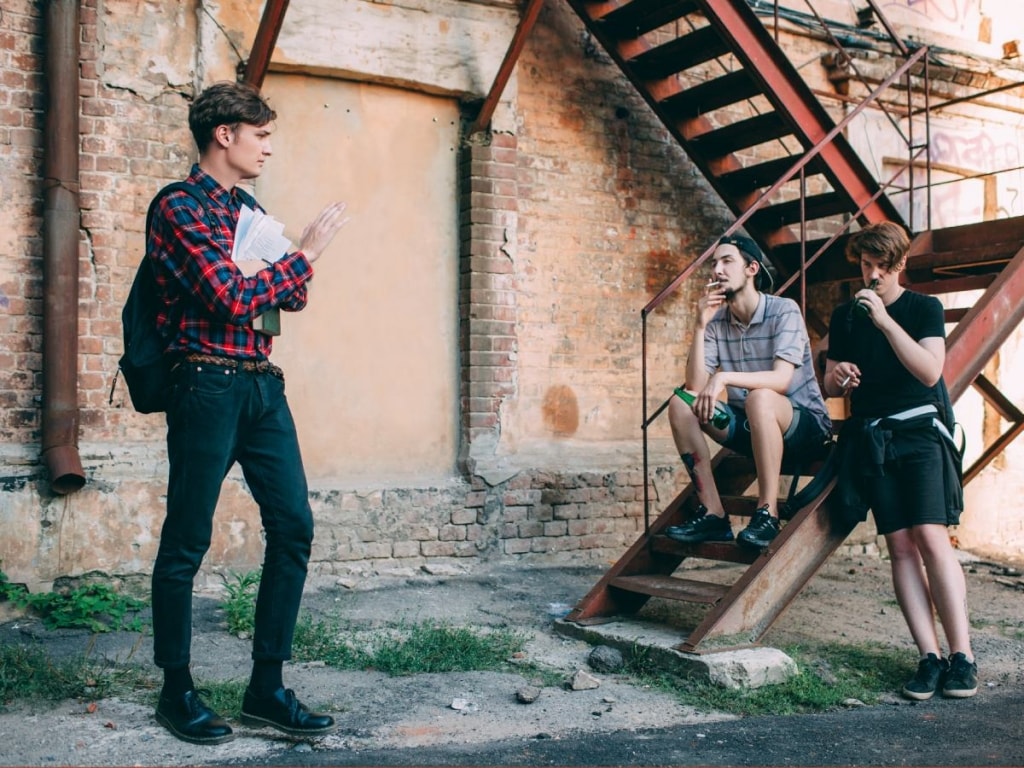 A sample of the answers given when people were asked why they started smoking:

One smoker provided a different answer for why he started smoking. He said that “the novelty of being able to purchase them (cigarettes) on my 18th birthday lead to me picking up a pack of Djarum clove cigarettes for myself and some friends.”

The motivation behind this legislative push has been to prevent young people from ever developing a smoking habit. College smoking bans have a similar impetus, as do public smoking bans, in general. The “denormalization” of smoking, manifested by full-scale smoking bans, has been a recent tactic of tobacco control advocates. Denormalization refers to attaching more stigma than usual to smoking behaviors, as the theory goes, with the hope of shaming smokers into quitting or never starting at all.

The Health Risks of Students Smoking

Educating young people about the health dangers of smoking has also effectively reduced teen smoking rates. Although the negative health consequences of smoking manifest later in life, cigarettes play a particularly harmful role in the health of a young person.

According to the World Health Organization, the immediate health effects of smoking on young people includes:

The long-term effects are much worse:

The Other Risks of Adolescent Smoking

The adverse effects smoking has on a person’s skin, teeth, hair are well-known, among them:

Smoking is a habit that not only endangers the health and appearance of young people, but it also costs a lot of money to maintain. With their finances already strained by other things (college, books, cost of living), it makes no sense to continue smoking while living on a tight budget, as most college-aged kids do. Smoking adds to a student’s burden not only because of its cost but also because of the health-related expenses incurred by a smoking habit.

Other costs related to smoking include:

A New Day, A New Vape

The Monitoring the Future study that surveys high-school and college students around the country on drug and alcohol use found that in 2017: 27.9% of senior high school students tried a vaping device in the past year.

The jump in vaporizer use (for nicotine and marijuana products) among young people worries health experts since other studies have shown that vaping e-cigarettes is likely to lead to regular cigarette use.

One recent study found that:

The thinking goes that even though e-cigarettes as seen as an alternative to combustible cigarettes, young people will still gravitate to the latter. There is evidence to back-up this fear. Students are among the group with the highest smoking rates.

A SAMHSA (Substance Abuse and Mental Health Services Administration) report showed that in 2013:

Further study has shown, however, that college students who smoke do so on an irregular basis, rather than smoking every day.

Except, while intermittent smokers smoke less, they do so over an extended period. Their tobacco use remains steady over this period, so they are still at risk of developing smoking-related health problems.

Student’s lives are filled with daily stresses (school assignments, part-time jobs, financial worries, etc.), so cigarettes seem like an easy way to blow off some steam.

There are, like Kate said, other ways to deal with stress: 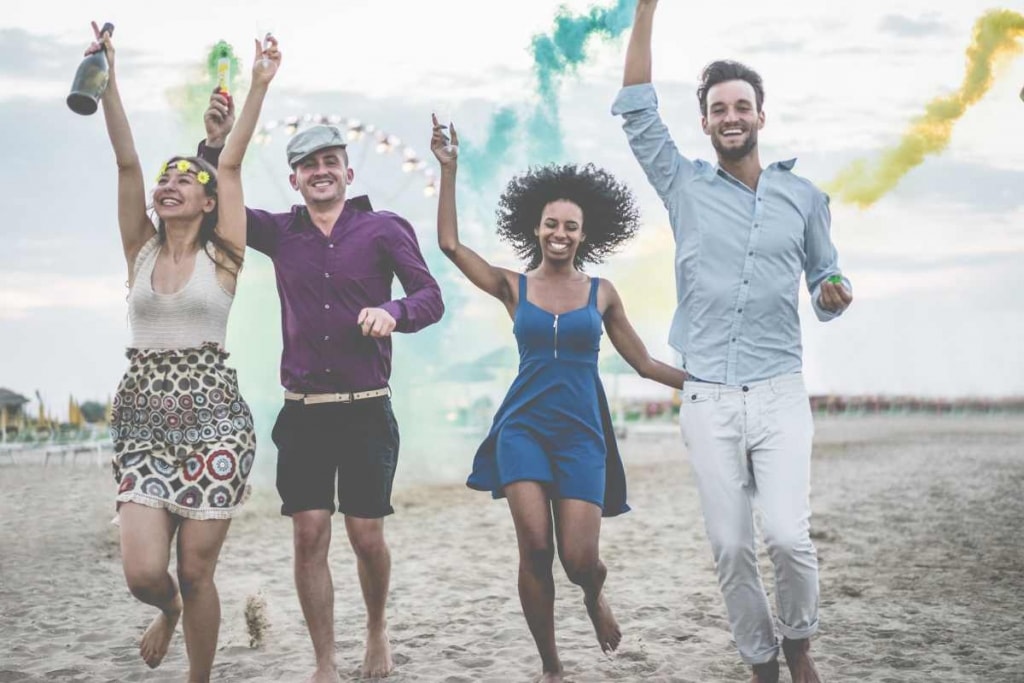 Quitting Early and For Good

Smoking bans on college campuses are achieving their goals of reducing, even preventing, students from smoking. While college students do continue to smoke, they do so more in social situations and intermittently rather than as an everyday habit. College students who started smoking in high school may have started for various reasons. Education, public-smoking bans and the cost of smoking, however, may explain while fewer college-age people begin smoking.

Even though students may view cigarettes as a way to relax nerves and ease stress, college-life offers other ways to unwind. Quitting smoking is one way to bring down stress, as well as eating right and getting regular exercise.

College students are fully aware of the dangers of smoking, but since they are living through an exciting time in their lives, they have not entirely given up on all their bad habits. Nevertheless, the strict legislations and access to various studies and scientific research make it easier for young people to decide to quit smoking, now more than ever.

One comment on “Smoking on Campus: Stopping After Starting”