Universally, pets are considered family members. Special consideration should then be taken when making choices concerning smoking, like smoking indoors. Second-hand smoke is a danger not only to your immediate family, but to the heart and lungs of your pets, as well. 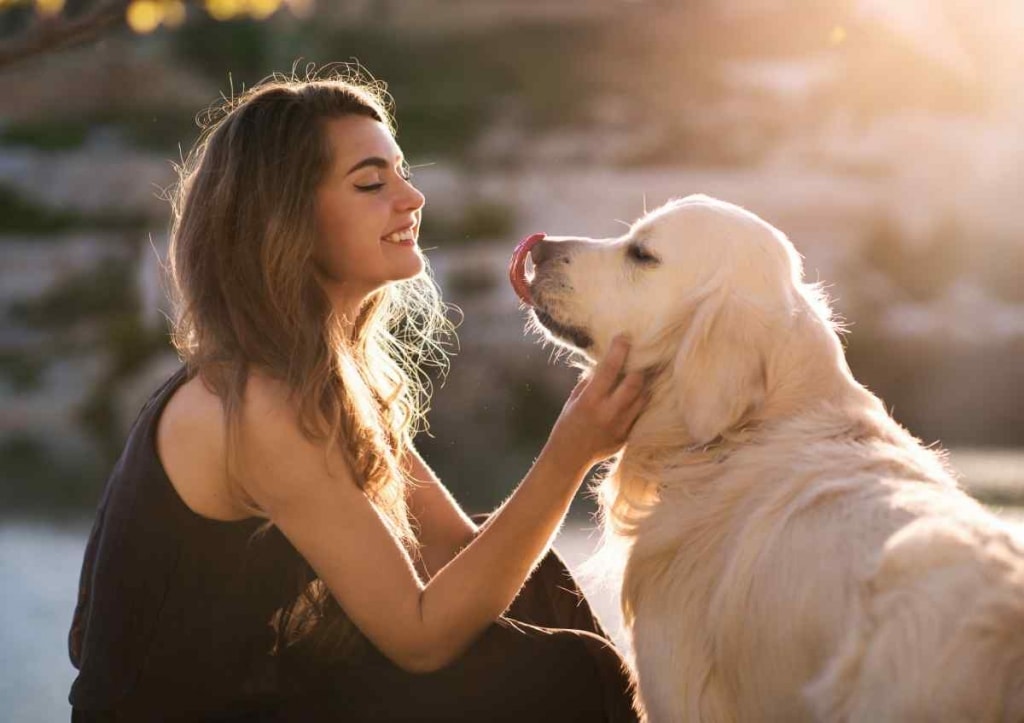 Pets are not just domesticated animals. Pets are like family. With household pets being regarded as such, it is hard to imagine doing something intentionally that would bring harm to them. Despite your desire to keep your pet safe, accidents do happen.

You have to remember, dogs, cats, and other household pets should be regarded as infants in some ways. They do not understand that certain things will hurt them.

This is true especially when it comes to consuming things like cigarette butts, which are laden with cancer-causing toxins and chemicals. Nowadays, pet owners also have to worry about vapes, especially vape juices and e-liquids that might potentially poison their four-legged companions. It is our job as pet owners to ensure their safety by creating a secure, and healthy environment.

How does smoking affect pets?

Pets can be affected by a smoking habit in many ways, these include:

Second-Hand Smoke and Your Pet

Second-hand smoke can be just as dangerous as direct smoking. If you smoke indoors, everyone is subject to the same dangers and consequences you face. This includes children and pets, so it is imperative that you make the right choices. Second-hand smoke can lead to lung damage, increased blood pressure, and heart disease. It is hard to know the exact dangers your pets face, but one thing you know for sure – they have lungs and a heart, too.

The most common issue dogs living in a smoking household face is cancer. Breeds with longer muzzles are more prone to sinus cancer, while breeds with shorter muzzles are more prone to lung cancer. Dogs that live with smokers are also more obese comparatively, and obesity can invite a variety of other disorders. Dogs seem to like the intense smell of vapor. It has an alluring quality to it, which is why curious canines even try to ingest the vapor, which can be hazardous.

Cigarette smoke inhaled by dogs is just as bad for them as it is for humans. Breeds with long muzzles, like Border Collies or German Shepherd tend to get nasal cancer. The reverse happens with breeds that have shorter snouts. Pugs and Bulldogs are more prone to lung cancer. Health experts claim that vapor can have a similar impact, as second-hand cigarette smoke.

Cats can inhale secondhand smoke, but they can also lick up toxic substances accumulated on their fur when they groom themselves. This licking can result in ingestion of carcinogens and can cause mouth cancer. Cats living with smokers are at a higher risk of developing malignant lymphoma as well as squamous cell carcinoma. Second-hand vapor can provoke an allergic reaction in humans, as well as cats. Propylene Glycol aka PG is a base in most e-liquids. It is considered safe for consumption, but people do have allergies to propylene glycol.

A cat in a vaping household can accumulate traces of vapor, and consequently propylene glycol, through direct or indirect contact. This can trigger a lot of allergies and skin conditions in cats, when cats groom themselves. Felines can also suffer from “Heinz body,” a condition that damages red blood cells.

Small animals such as rodents and birds are very sensitive to air pollution, including secondhand smoke. Secondhand smoke can cause pneumonia, lung cancer, and respiratory issues in birds. A study conducted on rabbits living with smokers confirmed that they were at a higher risk of developing heart issues than the rabbits living in a smoke-free area.

Birds and reptiles have weak respiratory systems. They can suffer serious issues if they live in polluted air for prolonged periods.

Third-Hand Smoke and Your Pet

Third-hand smoke is also cause for concern. According to the Mayo Clinic, third-hand smoke is what clings to furniture, hair, carpet, and other surfaces and materials. This is hazardous to pets because of the toxins this residue contains.

Not only does third-hand smoke cling to pets’ fur and skin, they also come in contact with it when cleaning themselves while rolling on the carpet and rubbing up against walls. They repeat these actions on a daily basis, and over an extended period of time. With the presence of third-hand smoke in the home, they are repeatedly being exposed to these harmful chemicals. 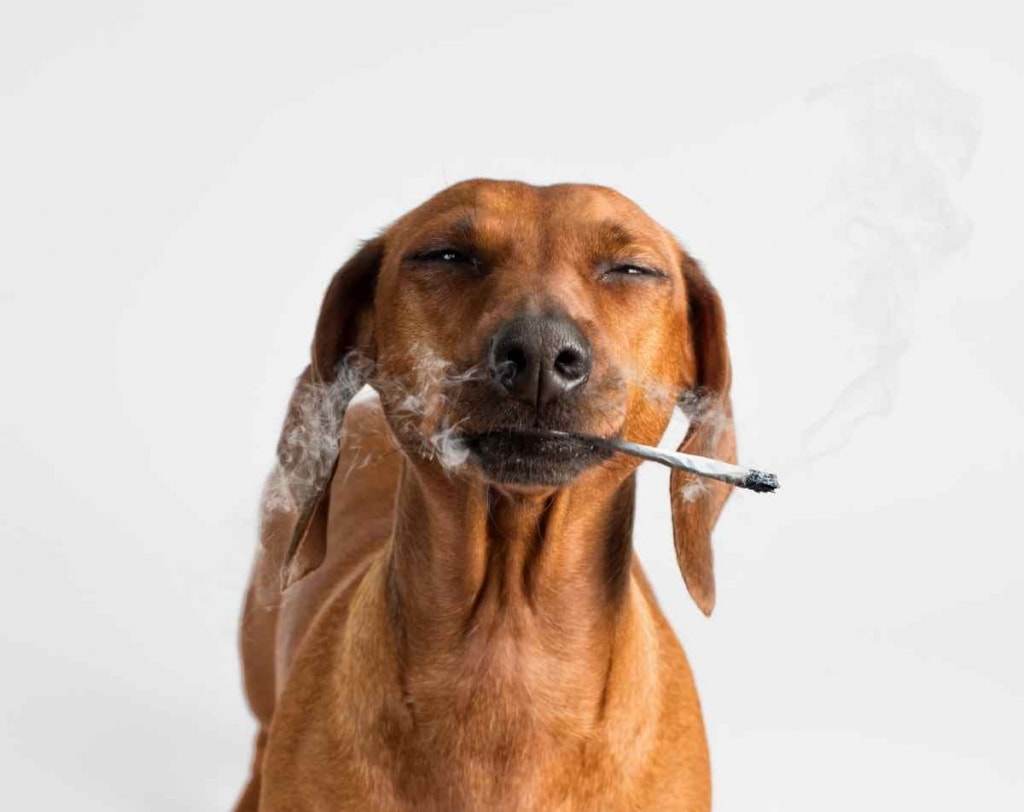 Symptoms of poisoning in Pets

Depending on the amount consumed, nicotine can be a very rapid-acting toxin. Usually, a pet will show signs of poisoning within one hour.

The most common symptoms include:

How to avoid poisoning of Pets

Young children, as well as pets, can fall victim to nicotine poisoning through accidental ingestion of nicotine-laced e-liquids. Fortunately, there are many simple and easy ways to prevent such an occurrence. Keep all e-liquids stored in a secure location away from the reach of small children and pets. Make sure to encourage all your fellow vapers with children and pets at home to do the same.

The packaging of e-liquids is childproof so even if a child does manage to get their hands on a bottle, they will be safe. However, most pets have teeth sharp that can break e-liquid bottles. As a result, they might end up ingesting some liquid. If you can keep your e-juices away from your pets, your vaping will have almost no impact on them.

What to do in case of poisoning of pets or children

Should the worst-case scenario occur, and your child or pet has inadvertently come in contact with liquid nicotine –

If your pet has ingested a small amount of nicotine, they might self-detox through vomiting. However, this does not mean that you can simply ignore the situation.
Vets recommend you take them to a veterinary clinic anyway so that they can do a full check-up. Furthermore, a vet may give some additional treatment to slow down heart rate and stop the tremors.

The risks related to secondhand smoke are well-documented. However, we do not know a lot about secondhand vapor. Smoke from tobacco cigarettes cause countless health issues, which range in severity. Among them:

Dr. Jane Bellows from Weston, FL found human lungs and cat and dog lungs to be “very identical”. This led her to claim that secondhand smoke can be as harmful to pets as for other humans. Several studies and research confirm that vapor might not be as hazardous as smoke. For instance, this study used four high nicotine e-liquids. The results showed that “For all byproducts measured, electronic cigarettes produce very small exposures relative to tobacco cigarettes. The study indicates no apparent risk to human health from e-cigarette emissions based on the compounds analyzed.”

Another, more recent study by the Spanish Council of Scientific Research was published in the Journal of Chromatography. The researchers measured the levels of 156 VOCs (volatile organic compounds) in normal exhaled breath, smoke, and vapor. The results showed that exhaled vapor had fewer levels of VOCs than even indoor air and exhaled smoke. Conversely, tobacco smoke showed the highest levels of VOCs. Despite the findings of these studies, responsible pet owners still need to ensure their pets’ safety. Pets can come in contact with exhaled vapor or its remnants from their surroundings, such as carpets, couches, etc.

As a result, it might lead to skin allergies. Some experts claim that inhalation of exhaled vapor can lead to issues like allergies, respiratory illnesses, cardiovascular problems, and even cancers in pets. It’s true that current studies don’t provide any concrete evidence that vaping around pets can be gravely hazardous. However, vets still recommend to step out when you want to enjoy a vape.

People and Their Pets

People love their pets. They often make several changes to their lifestyle to make sure their pets are happy and healthy. In 2008, Tobacco Control published the results of a survey which revealed some interesting facts about what people are willing to do for their animal friends.

According to the results, almost one-third of the participants said that after finding out that smoking is also bad for their pets, they were more motivated to quit. Almost 10%, after learning the potential risks of secondhand smoke to their pets, said they would ask their partners to quit, as well. 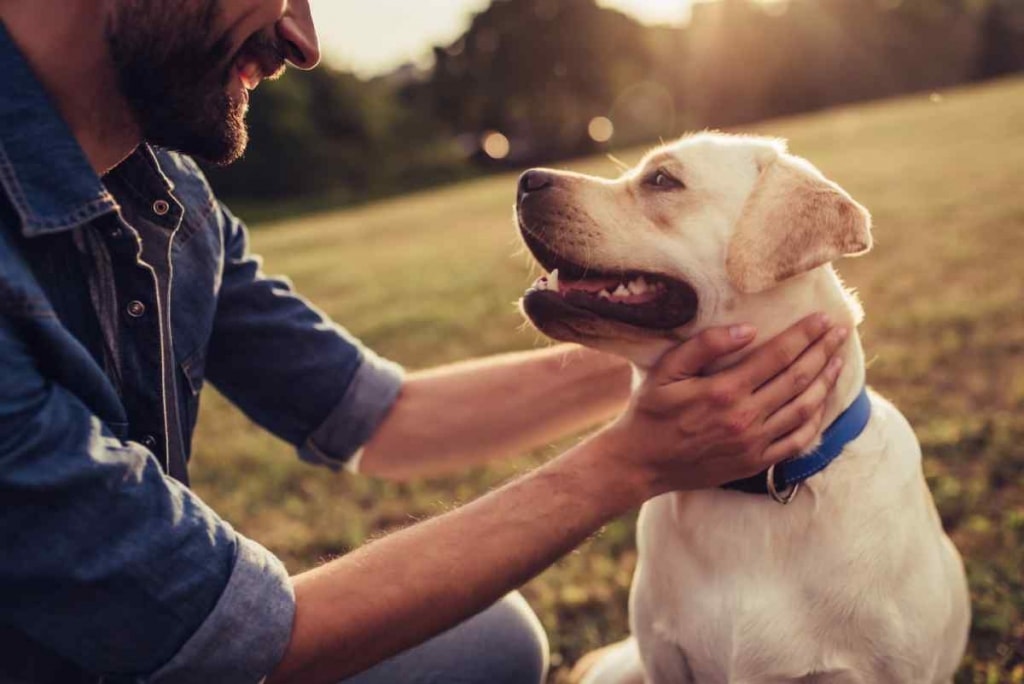 People are willing to leave their bad habits behind so their pets can be safer. If they do eventually quit or start vaping, they should be just as cautious when vaping around their pets.

Pets and their owners have a mutually beneficial relationship, one marked by unconditional love, on both sides. For people who smoke in the home, they need to be aware of all the dangers secondhand smoke can not only cause their loved ones, but their pets as well. Vaping may alleviate the worst effects of tobacco smoke, but pet owners should also be mindful of how vapor, and e-liquids, can adversely affect their pets as well.

2 comments on “Smoking around Pets”