E-Cigarette Maker Juul Under Siege From All Sides 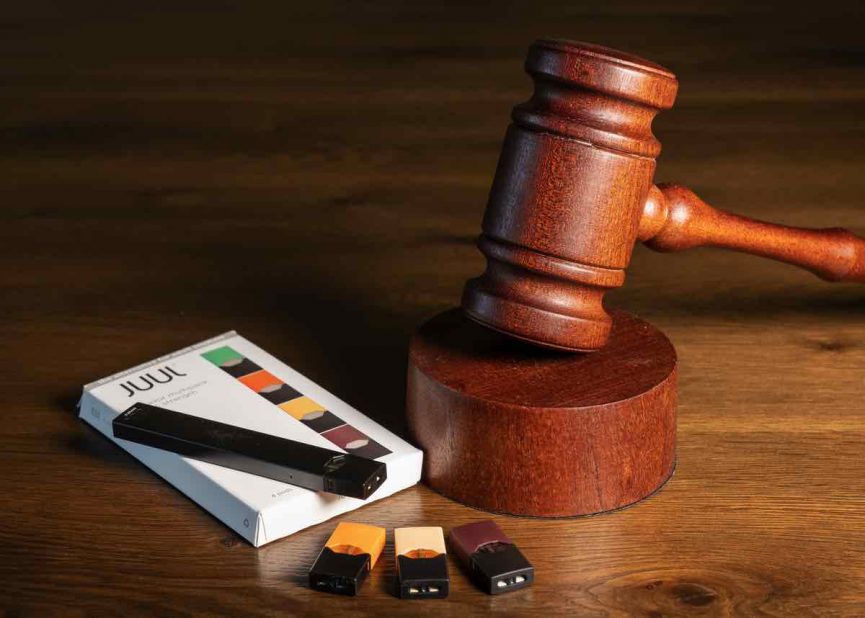 Juul is starting to lose its luster. The once-dominant force in e-cigarettes in the US is in a battle for its life. This past summer saw the number of lawsuits against the company grow to over 750. The lawsuits range from individual, class-action, and lawsuits brought by state’s Attorney Generals. The lawsuits name Juul, as well as their major stockholders, like tobacco giants Altria and Philip Morris International (PMI) the former of which holds a 35% stake in the company. The lawsuits were brought for a variety of reasons. The company is being sued for:

But lawsuits are the least of Juul’s worries. Scroll down to find out more.

A Bad Year For Juul

Juul Labs Inc. has had, like the rest of us, a bad year. The company has not only become an easy target for litigation claims. 2020 has also seen:

Most troubling for the company is the 85% drop in its valuation (down to $10 billion from a previous value of $38 billion), as well as a lawsuit now being brought against it by one of its former employees. The loss of its valuation triggered a $4 billion loss for Juul stockholder, tobacco giant Altria’s stock price.

The lawsuit by former senior vice president of global finance Siddharth Breja claims the company fired Breja after he raised concerns about the sale of tainted nicotine pods, which is also the basis for several class-action lawsuits against the company. Breja’s lawsuit is the first by a former employee.

But Juul is about to have a lot more disgruntled ex-employees since, in the middle of the pandemic, it announced it would lay off over 1200 employees. The layoffs also meant that the company would withdraw from some international markets, as it no longer had the staff to handle such commitments.

Juul’s fall was a long time coming. It was once hailed as the reigning king of the e-cigarette market since the slim, stylish, and portable e-cigarette hit the market. That was back in 2015. The FDA had yet to set forth its regulations on the e-cigarette industry. When the agency finally realized its premarket approval scheme in 2016, the Juul had taken over the market.

What’s more, the company had escaped the regulations the FDA imposed on its rivals, which meant it was allowed to grow without any competition. But the company’s success preceded its downfall. The e-cigarette was blamed for the increase in teenage vaping in the US. Its popularity with young people brought accusations of illegal marketing practices.

The 2018 purchase by Altria of 35% of the company’s stock brought even more scrutiny. Rather than being viewed as a healthy alternative to cigarettes, critics now accused the company of being in the pocket of Big Tobacco. With criticism mounting, the company stopped advertising entirely in the US. It also pulled all of its dessert and fruit-flavored pods from the market.

Too Little Too Late

The accusations of illegal marketing practices and skyrocketing teenage use were only compounded by the outbreak of a mysterious vaping illness last fall. There were over 2,000 different cases reported in the US of what was later called EVALI, and 60 deaths. While none of the cases and deaths were linked to Juul, the damage to the entire vaping industry was significant.

The outbreak led to even tighter restrictions against flavored vapor products, as well as the first state-led lawsuits, including by California, against the company. Juul was even sued by the city of San Francisco, where its company headquarters are located. Juul executives were also grilled by a joint congressional committee this past summer, where it was told to stop marketing its products as a healthy alternative to cigarettes.

The Future of Juul

While the company faces numerous threats and the possibility of further layoffs, experts say that’s not enough to bring down Juul. Its lawyers argue that many of the individual lawsuits can be settled out of court without the company accepting responsibility or liability for any wrong-doing.

The state-led lawsuits could further damage the company’s ability to do business in those states, but not international markets. What’s most crucial for Juul at this point is whether it is given FDA approval to remain on the market. The company sent its application for FDA approval to the agency this summer. The company can keep selling its products in the US, for now, pending the FDA’s decision.