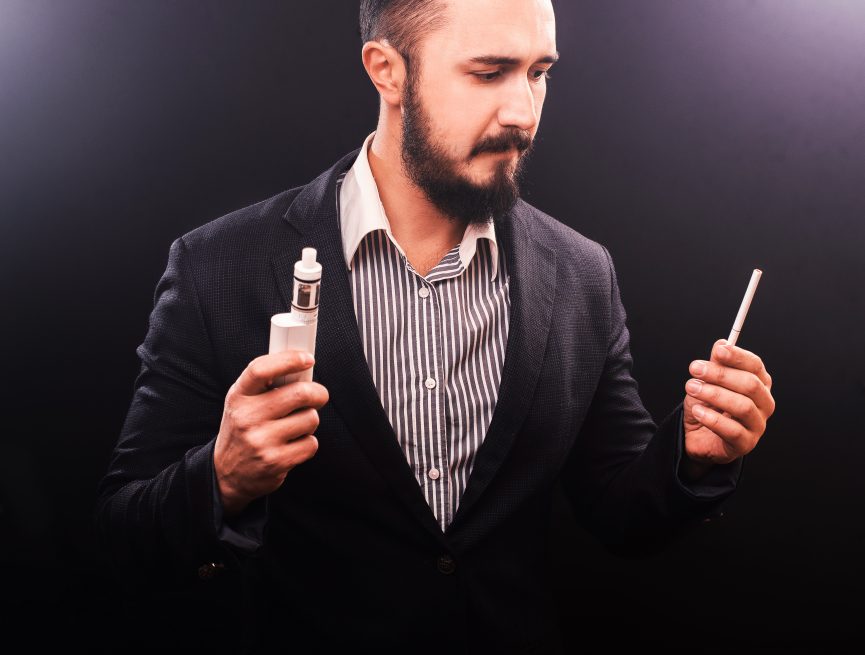 The day has finally come. Vapers and e-cigarette users can rejoice. The proof of what vaping advocates have long championed as the main benefit of e-cigarettes – that they are effective quit smoking tools – has arrived.

A new study from UC San Diego has found that the smoking cessation rate increased from 4.5 percent in 2014 to 5.6 percent in 2015. Researchers attribute the growth to smokers switching from traditional tobacco products to e-cigarettes and not going back.

Publicity campaigns encouraging smoking cessation were also said to have affected the increase of people quitting.

Success was measured by people not smoking a traditional cigarette for over three months. It is important to note that the study’s conclusions were reached through observation and data analysis. With that said, people should not assume a cause-and-effect conclusion about e-cigarettes.

It is still too early to tell what policy implications this new study will have on e-cigarettes. The debate on whether e-cigarettes help people quit smoking has raged ever since the appearance of the smokeless devices in the early aughts.

For years, the oft-repeated answer to whether e-cigarettes were effective quit smoking aids was “there’s not enough evidence.” With this new study that response no longer seems applicable.

There are some other implications of the study that proponents of e-cigarettes and vaping should be aware of, however. Apart from the positives, like the increased success rate for e-cigarette users, some feel like the study could have gone further to prove (or disprove) the effectiveness of e-cigarettes as quit smoking tools.

Comparing the effectiveness of e-cigarettes to other FDA-approved smoking cessation tools was viewed as a missed opportunity by some. A comparison study would have been the best way to put the debate on e-cigarettes to help quit smoking to bed.

The study did not reveal how often smokers who had quit using e-cigarettes went back to smoking cigarettes, which would have been another way to prove the usefulness of e-cigarettes.

The study also overlooked how often non-smoking teenagers started using e-cigarettes. These findings could have potentially harmed or helped the e-cigarette industry.

Many observers cited the inclusiveness of the study and as an indicator of its merits. While previous studies involving the usefulness of e-cigarettes focused on a small sample size, the wide-ranging population sample of the survey proved to be its greatest strength.

Further study, of course, is still needed. Medical professionals and health advocates alike continue to wring their hands over the absence of long-term studies proving or disproving the effectiveness and safety of e-cigarettes.

Taking the longview of things, the study’s author, Dr. Shu-Hong Zhu, commented on the many things that need to happen to bring down smoking rates among Americans.

While e-cigarettes have been found to help people stay off tobacco for at least three months, they may need more study before they are recommended as smoking cessation tools like nicotine gum and prescription medication.