The Rip & Ditch disposable vape pen from HoneyStick lasts for around 200 rips. The device has a single-button, along with a single, quartz rod atomizer in a ceramic bowl. The mouthpiece is magnetic, and users can remove it easily to access the chamber inside.

The pen also comes with a magnetic dab tool that attaches to its exterior. The pen is not rechargeable, but there is an LED light on the base that signals when the pen is in use.

The Rip & Ditch (R & D) pen from HoneyStick measures over six inches in length. It weighs under fifty grams, so it is lightweight and very discreet. The chamber and battery are one-piece. There are no threads on either the cell or the chamber, so they are not compatible with any other device. 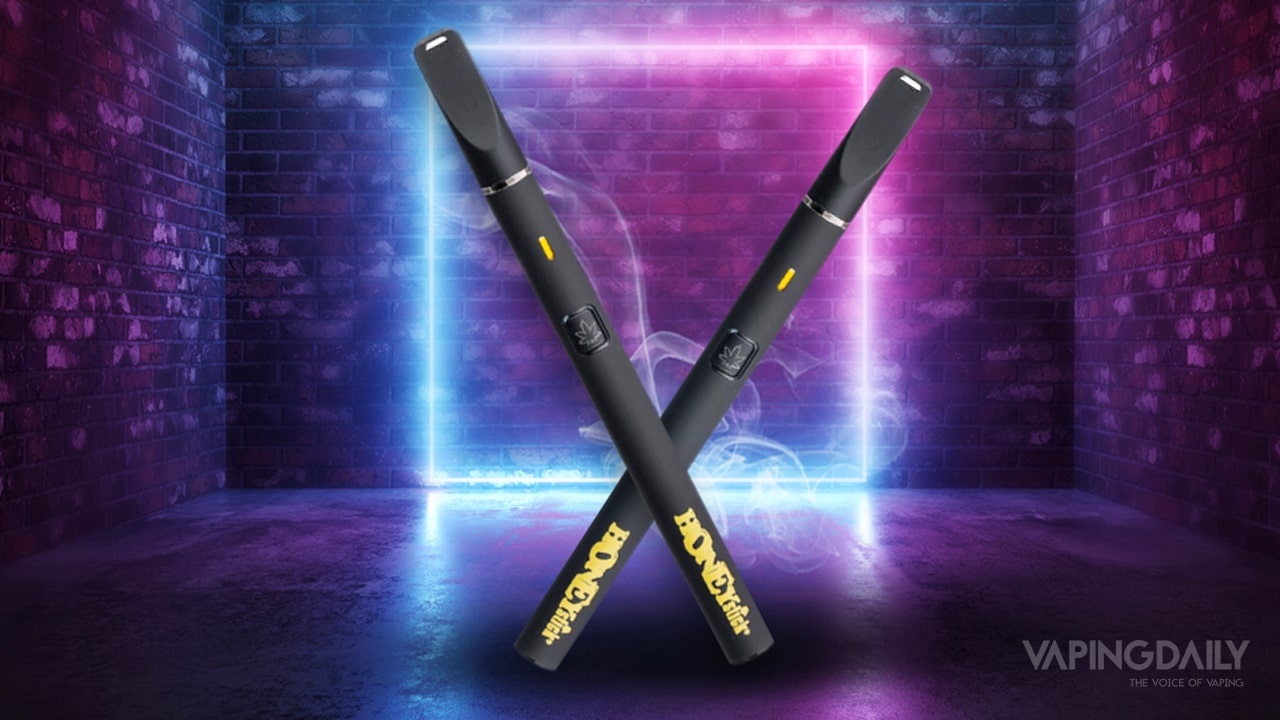 The R & D has a single button on its surface right under the mouthpiece. The entire battery has a soft rubber coating, which makes holding and using the device very comfortable. The mouthpiece is flat, and there are two airflow holes on either side of the chamber for air to enter.

There is a LED already at the base of the battery, but it only lights up to signal that the cell is active. The interior chamber is all ceramic, with the quartz rod and wire in the center.

What to Expect from the Disposable Wax Pen

The R & D is not draw-activated. It has a power/firing button on its exterior. Turn on the battery with five clicks — the same for turning off the unit and whenever they take a hit from the device.

The power button also has a locking mechanism to prevent misfires. This feature allows users to take the R & D with them without worrying about the heater firing on its own.

Once the mouthpiece is off, the loading chamber is ample enough to load one or two scoops of material, using the dab tool as a measurement. The chamber is similar to most other single-rod wax atomizers in its design. 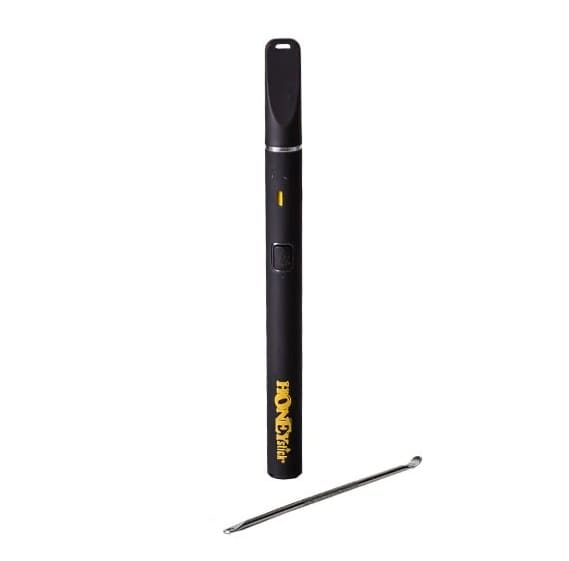 When the oven is full, replace the mouthpiece, click the power button fives times, and then long press the button to take a rip. There is a ring-LED around the edge of the chamber that also lights up when the device powers on.

Since the device is not draw-activated, the coil heats up quicker and more efficiently than with an auto-draw device. The pen’s battery can last for up to 200 puffs, but depending on use, it may be less or more.

To get the most out of the Rip and Ditch, press and hold the button to get the atomizer to its highest temperature. When inhaling, also be careful not to cover the airflow vents, so the device can ventilate and create enough vapor.

HoneyStick does not have a lot of information available on the specs of the device. HoneyStick says it can last for around 200 puffs from the start of its use. With active use the device does not even reach that limit.

When approaching the 200 puff limit, the device’s performance does start to wane. The pulls are not so hearty, and the vapor production is low. The LED ring around the chamber will also begin to blink when the battery power is low or almost done. 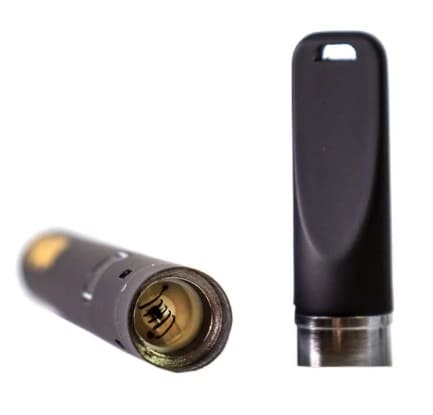 The battery does power-up well when using it right out of the box. The heat-up time is minimal, as it takes less than a few seconds for the coil to warm. Vapor production is adequate. There are not a lot of problems using the device.

It works better than most single-use pens, whether they are e-liquid or for dabs and waxes. The mouthpiece could be a little more full, for fuller draws, but the airflow is still tight.

The Competition: Rip & Ditch vs. the D1 Filler vs. the STIG Pods

The D1 Filler reusable vape oil pen has a 310mAh battery. It has an all-stainless steel design and uses a glass tank to hold thick oils. 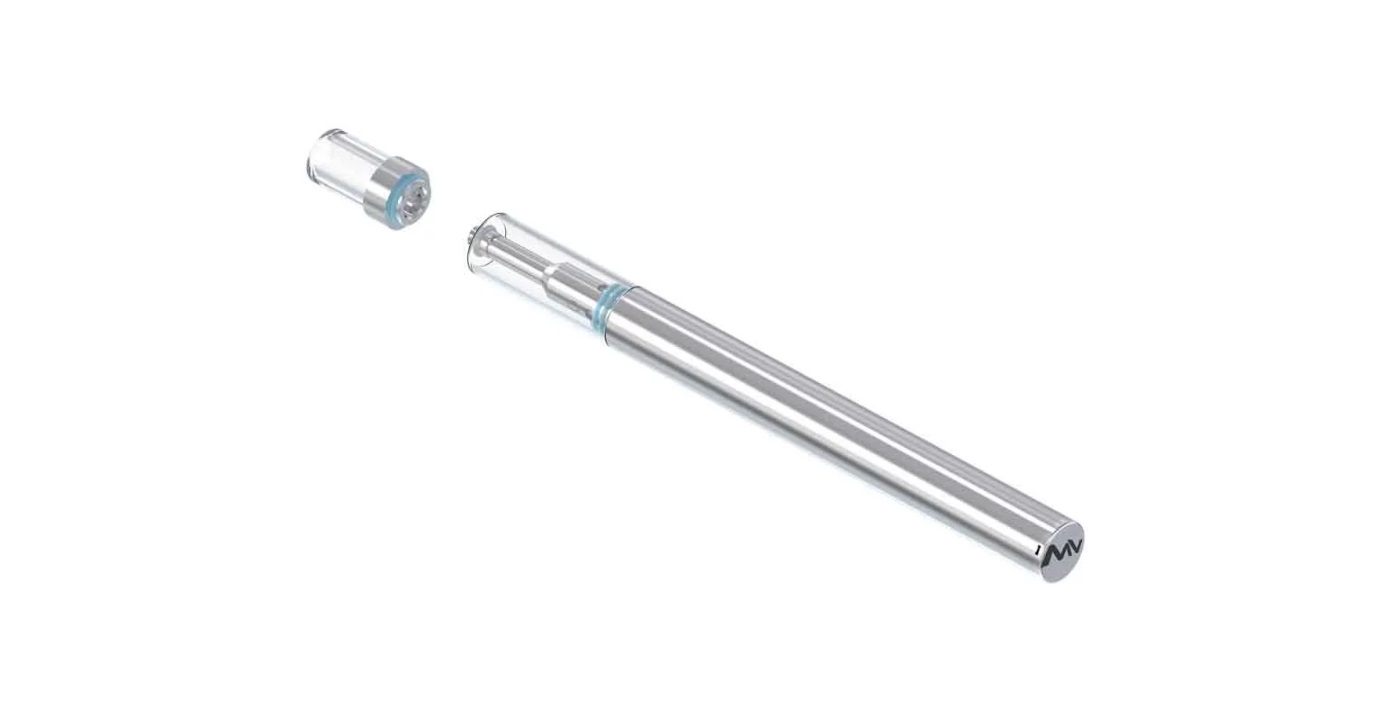 The heating element is a ceramic coil that has 1.2mm juice holes. The tank holds about 1ml of liquid. It has a no-button design, so it does not have the same amount of power output as the R & D.

STIG pods are all-in-one, disposable vapes that use cartridges pre-filled with nicotine salt e-juice. The pods work as no-button devices and are ready to use right from the box. 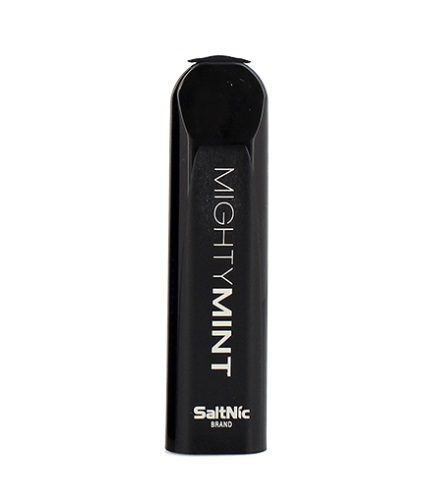 They require no filling or charging and are 100% disposable. There are only six flavor options, and they do not work with essential oils.

Grab and Go with the Rip and Ditch

The Rip and Ditch disposable vape pen is one-of-a-kind. Few devices can match it. Its performance, ease-of-use, and portability are unique for a wax and oil vape, and especially for a disposable.

Throwaways are usually cheap, made with low-quality materials, and do not perform as well as reusable devices. The Rip and Ditch pen defies all those stereotypes. It does not produce the most massive clouds, but for a discreet, compact and convenient device it does the job.

Have you ever heard of a disposable vape pen for waxes and oils? Do you think this oil vape compares to other, reusable, rechargeable vape pens for oils? Is the vapor and flavor quality the same, different, or better with the Rip and Ditch? Leave us your answers to any of these questions in the section below.