So we’re back to playing with the big dogs. And by “big dogs” I mean those powerful, cloud-chuckers that try to compete with one another to see who can give off the biggest, volcano-like clouds.

This time we have a box mod kit from Wismec, the Reuleaux RX Gen3, which is a combination of sorts of all three of Wismec’s popular and well-received entries in its Reuleaux line, the RX200, RX300, and the RX Mini.

The RX Gen3 integrates some of the features of those devices that made them so great, like a power output of nearly 300W in a device that is small, and portable. Another similarity to those antecedents is the box mod design, which was done by JayBo and features a central 1.3 inch OLED screen and three-button control. 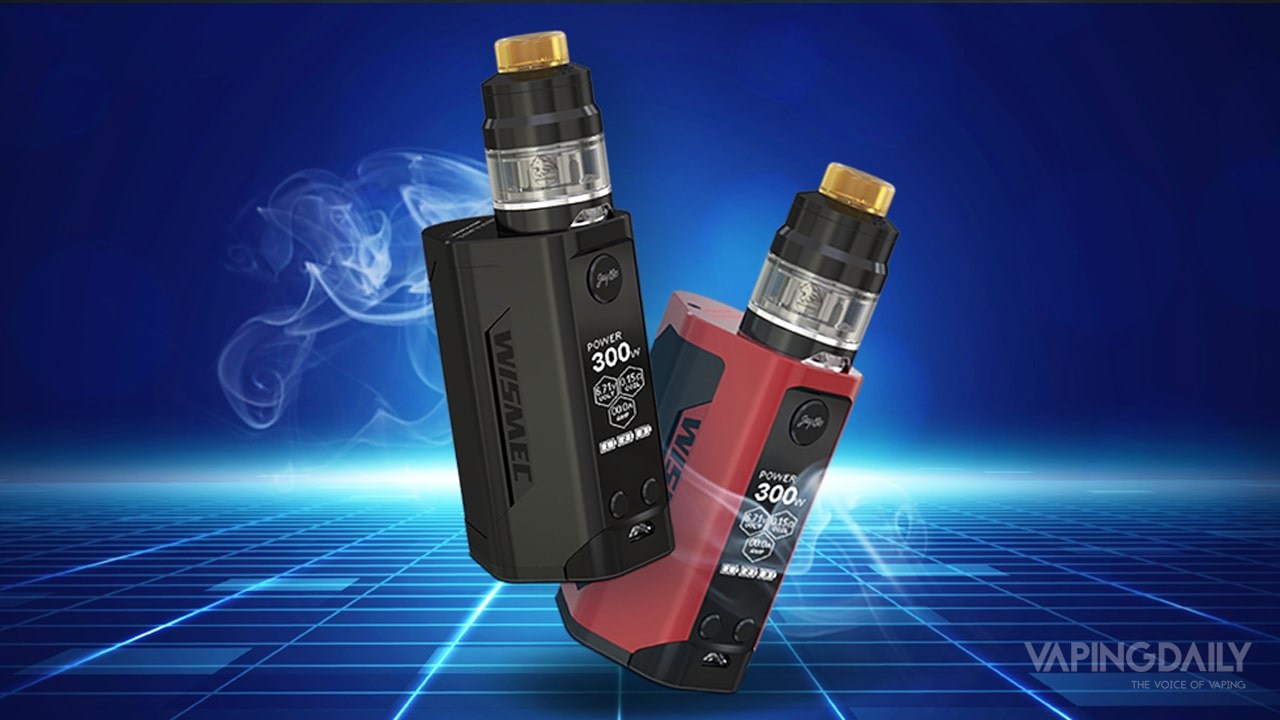 I’m more a fan of the JayBo designs than Wismec’s collaboration with Sinuous, which took the mods in a different direction regarding their shape and overall aesthetic appeal. The Sinuous designs were too in-your-face and macho like they had too much to prove.

JayBo doesn’t go overboard with mechanical and metallic accents or studly side-panels, but he still includes features that complement the mod’s powerful internals rather than trying to compete with them. The Wismec Reuleaux RX Gen3 comes with the gnarly-looking Gnome sub-ohm tank that is a top-fill tank and has two drip tip options.

Here’s what you’ll receive with your purchase of the Wismec Reuleaux RX Gen3:

So the “3” in the Gen3’s product title not only refers to its place in the Reuleaux lineage, but it also relates to the three 18650 batteries needed to power the device. Three batteries! In a device that measures only 114mm in height with the tank attached, and a little less than 50mm in thickness.

There’s a lot crammed into this device. Apart from the aforementioned 1.3 inch OLED screen, the three cell power supply, the mod also features a bottom-loading battery door with a side-venting slit to cool your batteries.

The rest of the mod is similar to other Reuleaux devices. The firing button is right above the OLED screen, which, of course, comes emblazoned with the JayBo logo. There are two selector buttons underneath the screen, where the USB port is also located.

As for grip and portability, without a tank attached, the mod itself just disappears into your fist. Putting it in your pocket though, might feel a little awkward (it did when I did) since it the mod is somewhat wider than other devices, like the just reviewed Eleaf BASAL.

But then again, for the power output that you’re getting, be glad that Wismec didn’t saddle you with a dump-truck sized device. The Gnome tank, just like a real gnome, is stubby, short, and fat. It has a 4 ml capacity, with a 2ml capacity option for TPD countries, and the two coils it comes with, the new WM coils, offer both low-wattage and high-wattage vaping capacities.

One WM coil has two cylinders, and the second has three, which allows for better airflow, and is excellent for cloud production. The top cap and mouthpiece can be pushed back to reveal the fill port underneath, which was a little small for my taste.

My Experience Using the Gen3

Wismec and JayBo have wisely decided to go with a similar user interface (practically the same) on the RX Gen3 as most of the other Reuleaux models. The vaping output modes on the Wismec Reuleaux RX Gen3 are also little changed from past iterations.

You click the firing button five times to turn the device on, and three times to get into the various menus and modes you can choose from. The OLED screen is a few millimeters larger than the screens on other Reuleaux mods and its read beautifully, the illumination is great, and the readouts were all legible and easy to navigate.

Turning on the screen, you’ll first be greeted by the standard wattage readout, with the three other readouts displaying your coil resistance, voltage, and puff counter all of them housed in three hexagonal shapes.

The vaping modes are nothing new; you have your standard three-metal option temperature control, variable wattage, and your TCR mode. So, not much innovation there. The temperature and resistance ranges (200F-600F, and 0.05ohms-3.0ohms, respectively) also fall within what comes standard with most three-celled, and high-wattage devices these days.

Vaping All That Flavor 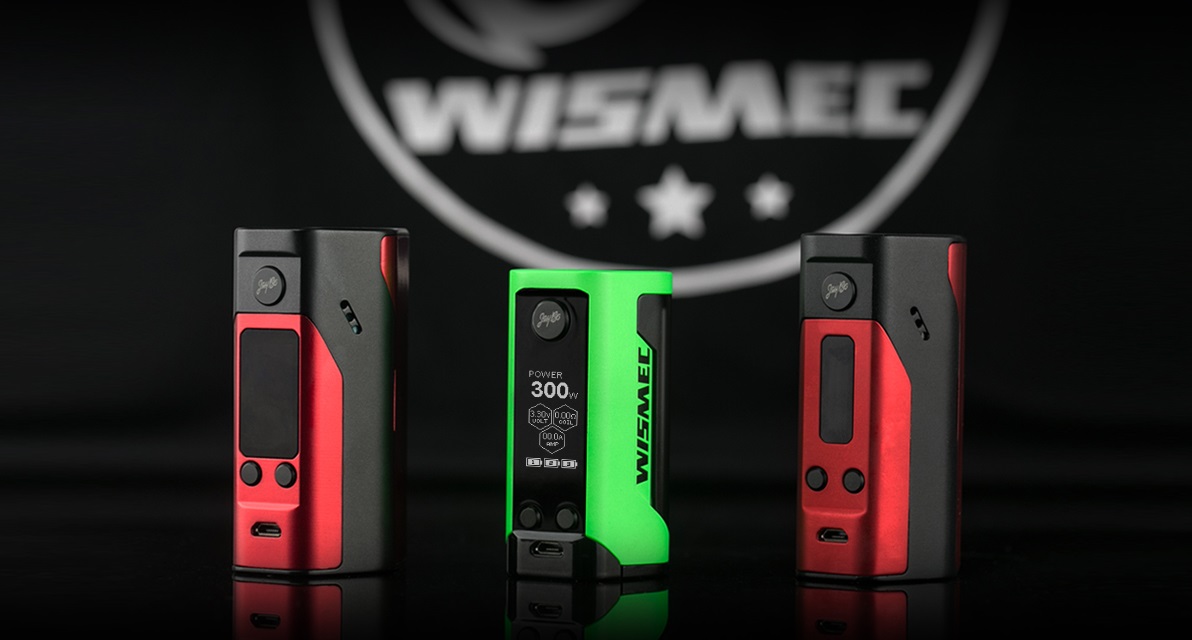 The two coils that come with the Wismec Reuleaux RX Gen3 kit lean more towards flavor purists than cloud chasers. The coils don’t come anywhere near to handling the output that the RX Gen3 can muster but that’s not necessarily a bad thing, especially for those of us who like to savor our clouds, rather than our clouds savoring us.

I used the pre-installed WM2 0.15ohm coil head that vapes best between 30W and 70W, but I started a little lower at 45W. I got lukewarm cloud production that was still a little vacant of flavor. Impatient, I maxed out the coil to its 75W limit, and that’s when things started cooking.

I tasted all the notes of my Black Note Adagio tobacco flavored e-juice and had superb cloud production. Swapping out the 0.15ohm coil for the higher-wattage, e-juice sucking 0.2ohm coil, I started out not-so-high at around 90W (recommend range on the WM3 coil is 40-130W).

And that brought me to next-level vaping, fo’ sure. There was an abundance of cloud, and exquisitely subtle, but multi-layered flavor. I was so glad at my 90W level that I didn’t push the device any closer to its 130W maximum, but I was still surprised since I wasn’t expecting to get such tasty clouds, but there they were.

The airflow, both in the coils and in the Gnome tanks made some difference with the WM2 since I could at least approach a mouth-to-lung hit with some restricted airflow. But even leaving those airflow vents wide open with the higher resistance coils didn’t exactly leave my head in the clouds

The Reuleaux RX Gen3 and Other Good Box Mods

Now it would be easy to compare the Reuleaux to its brand-mates, the RX200 or RX300, but I thought about how it would fare against a device from another brand, Vaporesso, and their most potent device to date, the Vaporesso Revenger 220W mod.

I’m not sure why, but Vaporesso and Wismec, to me at least, are very similar companies. I’m not sure if they are two completely different companies or if they are two imprints on the same label, but they both deliver high-quality, higher-end, technologically advanced units, and on a consistent basis.

The Revenger mod, which was reviewed by my fellow vapingdaily.com reviewer, but still used by me, had the now-famous Omni chipset that Vaporesso includes in most all of their devices. The Omni enables it and all other Vaporesso mods to use that most coveted vaping feature, custom curve settings.

The coils and tanks on the Revenger, (I believe the kit came with the NRG tank, and GT coils) gave off both great tasting, and lengthy cloud streams since those coils vaped at much lower wattages. So, just for the level of customization available on the Vaporesso Revenger, I think it does win this contest.

I, for one, was pleased to see another Wismec/JayBo collabo’ land on my desk. Especially after the lackluster performance of the Sinuous FJ200. It was good to see a familiar face, although the face was a little too familiar.

I appreciated the new coils, the Gnome tank had some cool features, but it was nothing revolutionary, and the absence of any new vaping modes or outputs left me a little disappointed. If you are looking to be carrying around a cloud-chucker in your pocket, but even that would be a bit uncomfortable, the Wismec Reuleaux RX Gen3 is great for you.

Me, I’m going to enjoy a few vapes on the low-wattage, but sexy-looking Eleaf BASAL, my new favorite, portable, smooth-operator.