Continuing their tradition of collaborating with great designers around the world, Wismec now brings us their latest device made with the input and know-how of renowned American technical designer Jake Barney.

The Wismec CB-60 (the “CB” stands for “check bunny,” which provokes more questions than it answers) is a touch smaller than some of the other tiny Wismec devices like the RX Gen3, and the RX Mini.

The CB-60 stands at roughly 80mm in height (without the tank attached) and weighs in at approximately 120g. The maximum output of the CB-60, as you can tell from its title, is 60W. So, right off the bat, the CB-60 betrays to which market of vapers it is directed too, not only with its low-wattage output but its WS03 1.5ohm stock coil that can only reach a maximum of 13W.

With the CB-60, mouth-to-lung vaping is the name of the game. It’s surprising to see a company like Wismec, who has made a name for themselves in the high-wattage box mod market, kick it into a lower gear to cater to an overlooked demographic – smokers looking to quit or even people who are interested in vaping but don’t know how to get into the game.

The Kit Has It All 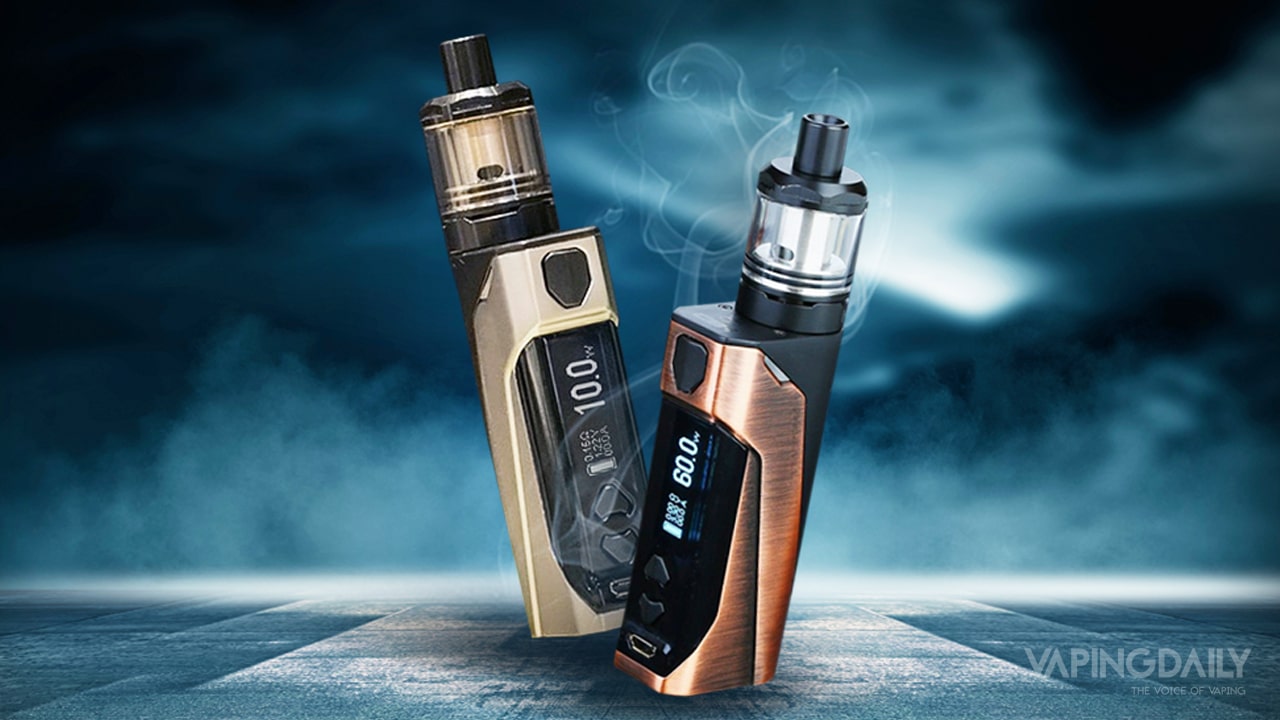 Here’s what you’ll receive in your Wismec CB-60 kit:

Although the CB-60 is not explicitly marketed as a starter kit, it does have some resemblance to a starter device. This similarity to a starter device is mostly due to the CB-60’s conspicuous lack of different output modes, like temperature control, TCR and memory modes.

Looking at the specs list before I received the device, I thought that Wismec must have left them out by accident. When I finally did receive the CB-60 and scrolled through the menu, I was surprised to find no other output mode besides variable wattage.

I had taken for granted that a device from Wismec would include those features. But even if it didn’t, it was still refreshing to see a scaled-back device. After flipping through so many box mods with all their advanced vaping features (no offense, Vaporesso), it was a relief to use such a straightforward mod.

Apart from the insides of the CB-60, the physical appearance of the mod is not so outstanding or stunning. Don’t get me wrong, it’s not plain or dull, but you’ve seen one box mod, you’ve seen them all. I think I’m probably just suffering from “box mod fatigue.” 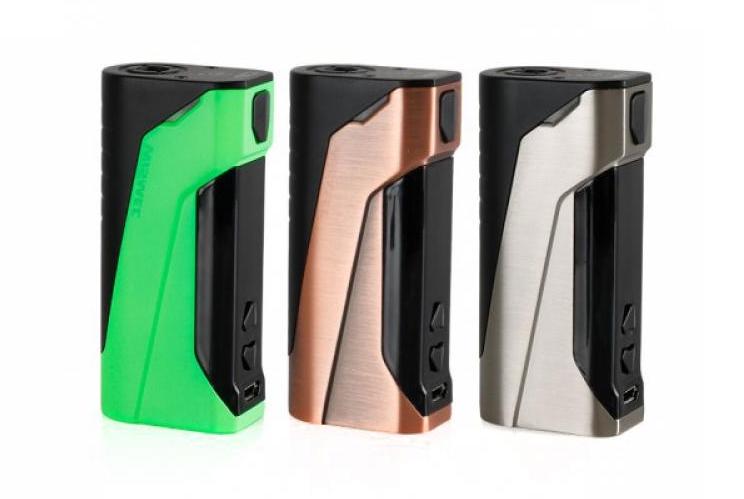 There is a 0.9 inch OLED screen on the side of the mod that reads out all your crucial vaping information. The firing button sits above the screen, and the two selector buttons, as well as the USB port, sit underneath, so nothing new there.

The back panel has some indented horizontal lines to make holding the device more comfortable, and there are two little slits on either side of the firing button that reveal LED lights that light up every time you fire. But other than that, there’s not much else that elevates the CB-60, besides its simple functionality and its stripped down vaping modes.

Given the lack of vaping modes on the Wismec CB-60, it is easy to use than most other devices. Its lower power output means that all you can adjust to the mod is the variable wattage.

Once you turn the device on with five clicks of the firing button, you’ll see the main menu with all your standard vaping readouts, like, the already mentioned wattage, coil resistance, amperage, and puff counter or vaping timer.

The rest of the features are mostly safety-related, such as overcharging protection and short-circuit protection to save all those inexperienced vapers from blowing out their devices should they attach a non-compatible tank or atomizer head.

You can also put the device into stealth mode, flip the screen, and lock the device, and these three modes are collectively known as the training-wheels of vaping.

There wasn’t much mystery or expectation going into the vaping part of reviewing the CB-60. It’s a mouth-to-lung hitter with above-ohm coils, a restricted draw mouthpiece, and a low wattage power output – all those elements spell out one thing and one thing only – flavor.

This tank and coil combo are supposed to work mostly with nicotine salts, but I didn’t have any on hand, so I just went with some good, old-fashioned Legend e-liquid, from the Studio Brand. Since the WS03 coil can only get a maximum of 13W, you shouldn’t expect a great deal of cloud to be fogging up your vaping space.

Not much surprise here, regarding flavor or cloud production. The cloud was what you would expect from an above-ohm coil and a power output of only 13W. The mouthpiece and tank, even with all the airflow vents wide open, still produced a tight draw that mimicked the old days of cancer sticks. 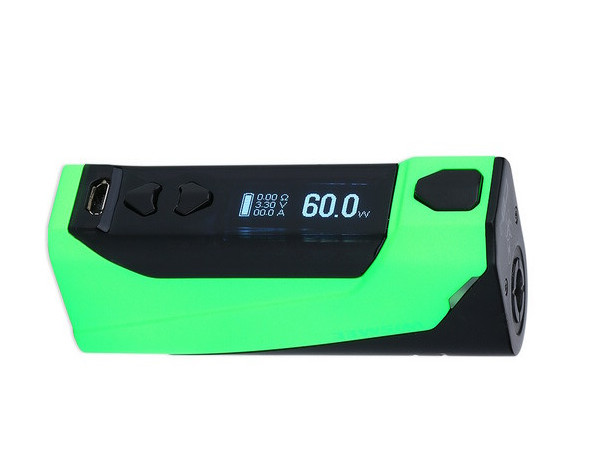 The CB-60 Against Other Devices

When I heard “nicotine salts” I automatically thought of one device, the Aspire Gusto. The Gusto and the Wismec CB-60 have some differences as well as similarities, such as the maximum power wattage for their coils as well as the style of vaping that they cater too most, mouth-to-lung.

The main difference between the two mods is that the Gusto is an AIO starter kit, with a closed system that uses pre-filled cartridges. The Wismec CB-60 is not an AIO, but a low-wattage box mod that has a maximum power output of 60W, but the WS03 coil included in the kit can only be vaped at a maximum of 13W, which is close to the maximum power output of the Gusto at 17W.

So although they are physically different mods, the two devices offer a similar, mouth-to-lung vaping experience. Physically speaking, the Gusto was much more portable and inconspicuous.

The Gusto practically disappeared into my hand when I wrapped my fist around it, and it only had one firing button, and that was it; there’s no OLED screen, no variable wattage adjustments, nothing. Only, there’s no real point in trying to make a compare and contrast in that respect, since of course, the two devices are remarkably different.

So, focusing strictly on the quality of vapor, I would say that the Aspire Gusto was a more flavorful vape. At its max output, the Gusto was able to deliver on both taste, and cloud production.

This combination is possible with the Wismec CB-60, just not with the WS03 coil. Of course, you could swap out the tank and coils for anything that would vape under the maximum of 60W, but judging it solely for how it came, the Wismec CB-60 was slightly limited.

While I applauded Wismec’s decision to create a device aimed at the mouth-to-lung vapers, it still could have made a concession to cloud-chases by an included sub-ohm coil in the kit.

The Amor, never used by me before, was the perfect match-up with the Wismec CB-60, and for its beginner vaper crowd. The mouthpiece and drip tip came off simply enough to reveal a large fill ring. And the WS03 coils inside were also great to be used in unison with the Amor tank.

It was surprising to see Wismec take a different direction by releasing a mouth-to-lung device. Unexpected, but refreshing as well. I was never a smoker myself, so the fact that a device can mimic the smoking of a cigarette does not fill me with nostalgia; I appreciate it more on a technical level.

Only, since the Wismec CB-60 was always destined to be a mouth-to-lung device, I couldn’t understand why Wismec wouldn’t go all the way in its stripping.

I think it would have made more sense to make a pod mod/box mod type of hybrid, with no screen or buttons, just a whittled down, draw-activated device that still could have delivered excellent tasting vapor.