The MOTI pod system uses a single, draw-activated cell and either a pre-filled or refillable 1.8ml pod. Users can choose from both styles when buying the starter kit. The pre-filled pods number eight different flavors, including classics like Tobacco and Menthol, to new options like Mung Bean and Lemon Tea.

Every pod has a ceramic, honeycomb core that acts as the wick. This style of wick promises more absorption of the nicotine salts e-liquid (for pre-filled pods) than other materials. The pre-filled pods do carry a 50/50 PG/VG blend of a 50mg (or 5%) salt nicotine liquid.

Deep Down with the MOTI

The MOTI, on the outside, looks very similar to other pod devices like the Phix or Von Erl. It has a curved body, and it takes its pods from the top. The device is draw-activated, so there are no buttons on the unit. The MOTI, no matter if someone gets a pre-filled or refillable pod, has a magnetic connection, so the pods pop into place. 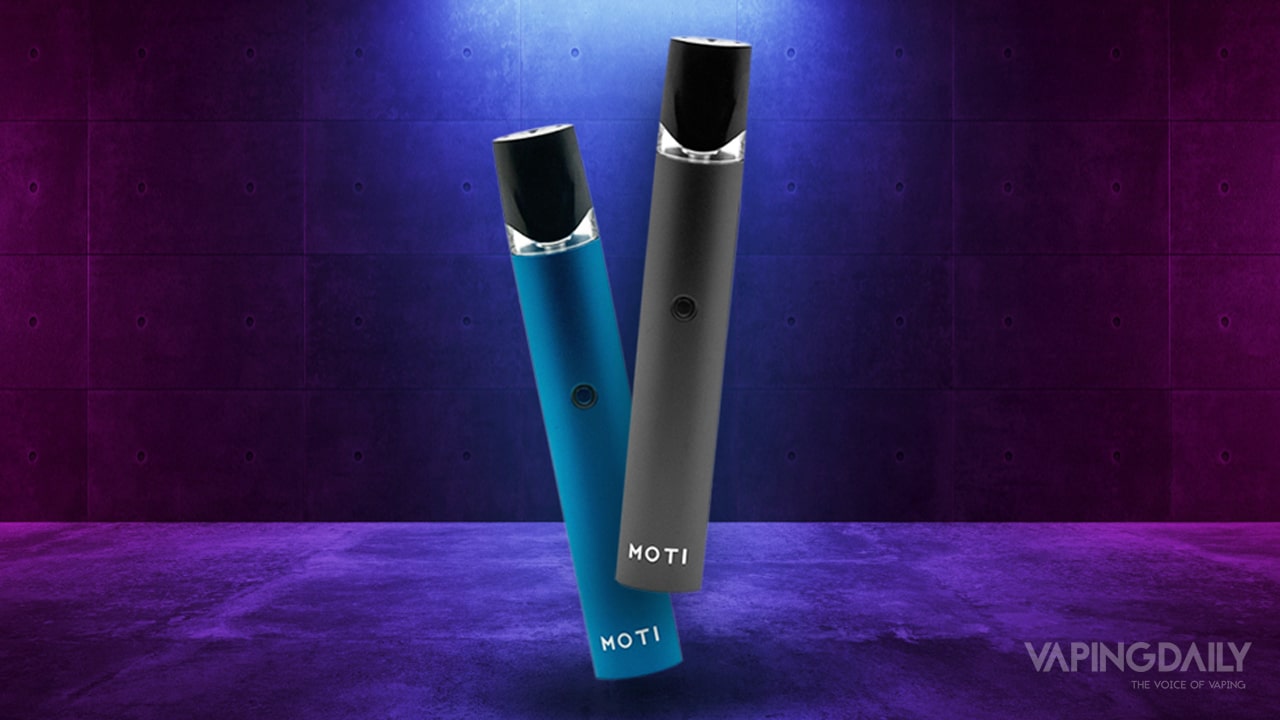 The connection is not entirely secure, as the cartridge can move around when installed, but it stays in place most of the time. The device has an internal 500mAh battery that can last for about 600 puffs per charge. That range is also for the pods as well, as they can last for as much as 800 puffs when full.

There is a small, circular LED light on the front of the device that shows battery life. It shows white when someone takes a vape and starts blinking when the battery needs charging. There is a USB port on the bottom of the device, and both starter kits (pre-filled or refillable) come with a USB charging cable. 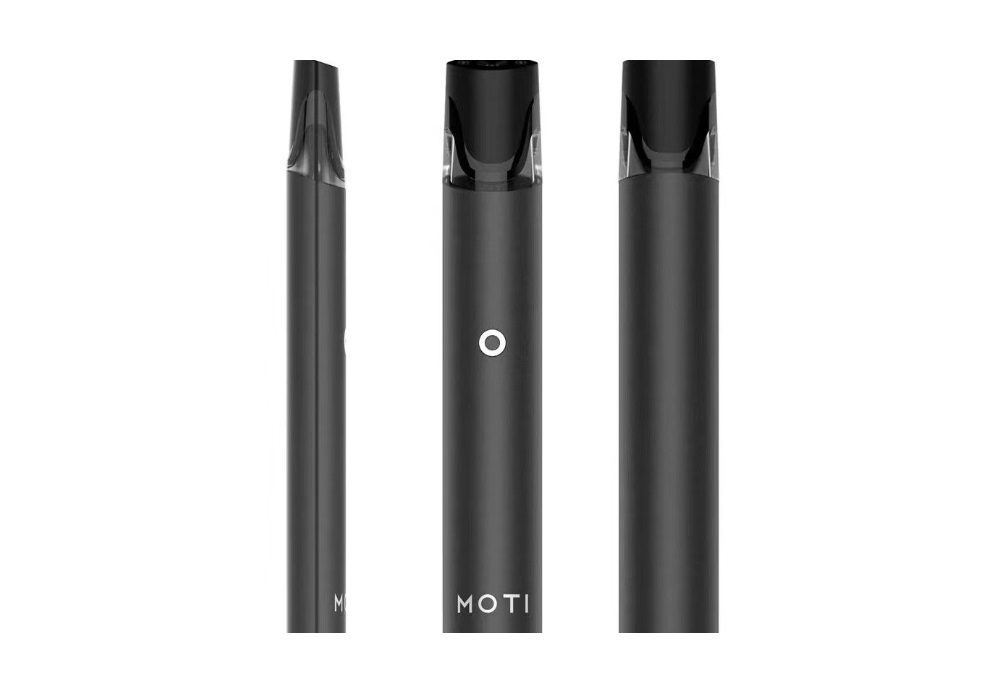 The MOTI measures about 4.5” long, and only 0.4” wide, so it is quite stealthy. Its weight is only 0.8oz, so it is almost unnoticeable when in a pocket or when in hand. The MOTI comes from the same company that makes the MOJO disposable vape pods, so their mission to create a convenient, discreet vape pod system led them to make the MOTI.

A Look at the Pods

The only difference between the pre-filled and the refillable pods is that one comes with the nicotine salt e-liquid and the other does not. It’s not clear whether the closed pods can be “opened” and used as refillable cartridges. The refillable ones have two, tiny fill ports on the bottom.

Users need to remove the mouthpiece to access them, and maybe use a narrow-tipped bottle or even a syringe to fill them. For extra protection, there is a small silicone plug that users need to remove to access the fill ports. Once the cap is off, users should take care not to fill the central airflow vent, which has a larger diameter and could easily be mistaken for the main fill port. 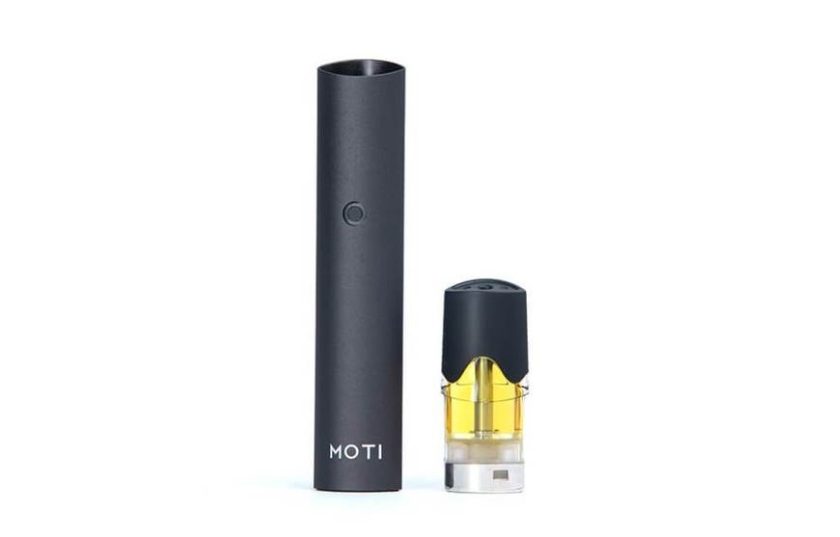 Again, the two fill ports are on the SIDE, not in the CENTER. The pods feature a plastic construction and can comfortably hold around 1.8ml of e-liquid. The mouthpiece is also plastic, but it is hard and sturdy, along with the build of the cartridge. The exterior is transparent, so vapers can see and measure their e-liquid level with ease.

The unobstructed view of the pod also reveals the famed honeycomb ceramic core. The core has a resistance range of between 1.2ohm and 1.5ohm, so it is definitely for MTL vaping. The 50/50 PG/VG blend of the pre-filled pods also gives off a better throat hit, as well as a more flavorful vape, if you choose to get the pre-filled starter kit, which comes only with one pod, and one flavor, Tobacco.

The refillable pods offer more variety of course and can take several types of e-juice, from 50/50 PG/VG to a higher VG formulation. With an above-ohm coil though, using a nicotine salt e-juice, rather than a regular nicotine juice might be best. The clouds might be smaller, but the flavor and intensity will come through.

Vapers can choose from either a pre-filled or refillable MOTI starter kit, but the pre-filled one seems to be only available from the official MOTI website. Other sites have only the refillable option. A pre-filled kit features only one flavor, Tobacco.
The refillable pod offered the best way to try out the vape’s capabilities. It also allowed for the use of different e-juices to vape. Despite it being a simple, draw-activated device, the MOTI has several safety features like overheating protection, as well as short-circuit and low voltage protection. 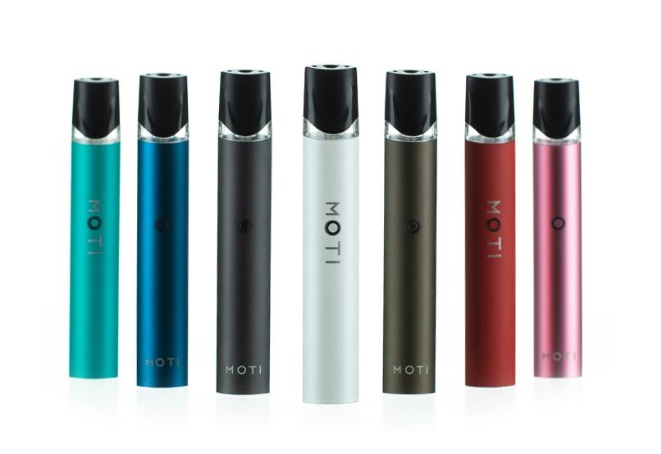 The one-note flavor of the pre-filled Tobacco cartridge was satisfying. It gave off an intense tobacco taste, but without being too overpowering. The throat hit was also savory, as it came on strong from the first inhale.

With both a full battery and cartridge, the MOTI can last for at least a whole day, even with more-than-moderate vaping. The MOTI battery also features pass-through charging, so even at work, a person could keep vaping, while the battery charges.

The Juul inspired vape designers everywhere with its easy-to-use, plug-and-play configuration, air-activated battery, and pre-filled pods. The pods also contain a proprietary nicotine salt formulation that comes in five different flavors and was also responsible for the rise of nicotine salt e-juices. 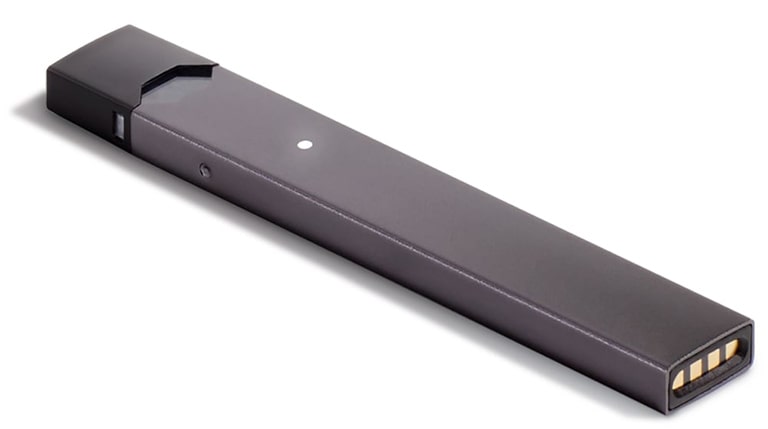 Juul pods can hold close to 0.7ml of e-juice. Users can choose between two nicotine strengths for each flavor, which is either 3% and 5%. The Juul cell uses a proprietary charger and takes about 40 minutes to fully charge.

The Juno is another pod vape that comes with either refillable or pre-filled pods. The device uses a 350mAh battery, and the cartridges hold about 1.6ml of liquid. The coils inside the device have a resistance range of 1.2ohms and 1.5ohms. The cartridges are fully disposable, and the battery works via auto-activation. 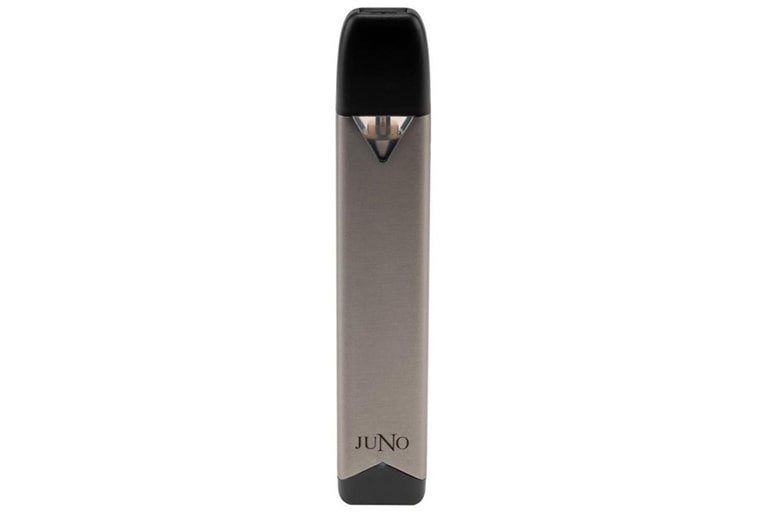 The flavor options for the Juno go up to twenty, with different categories among them like the nicotine salt, or the Elements collection. There are three different nicotine content options for each flavor, 18mg, 36mg, or 48mg.

Conclusion: The Last Word on the MOTI

The march of the pod vapes continues after the Juul turned the pod vaping world on its head. The MOTI is the latest in a long line of imitators or outright copies of the famed and original pod device. While some devices do not even come close to matching the performance, style, and coolness of the Juul, the MOTI deserves some recognition for its outstanding vapor production.

The honeycomb ceramic core system inside gives off excellent flavor, as the wicks soak through and an even 50/50 VG/PG nicotine salt e-liquid offers the best of both worlds. The device appeals directly to MTL vapers, as the cloud production – minimal but present – pales in comparison to the flavor and throat hit of the vape.

The one-hour charging time is a lot, but the device also has pass-through charging and several safety features that make up for that wait. The flavor selection for the pre-filled options is varied and features exotic flavors, even a legume flavor (WTF).

Are you a fan of pod vaping? Have you tried a Juul or would you try something like the MOTI or another pod vape? Tell us what you think about the MOTI by leaving a comment in the section below.