Sub-par battery life and limited customization, the nJoy Starter Kit is a very basic device reserved only for those who don’t want to spend much and don’t need to be bothered by too many customization options. 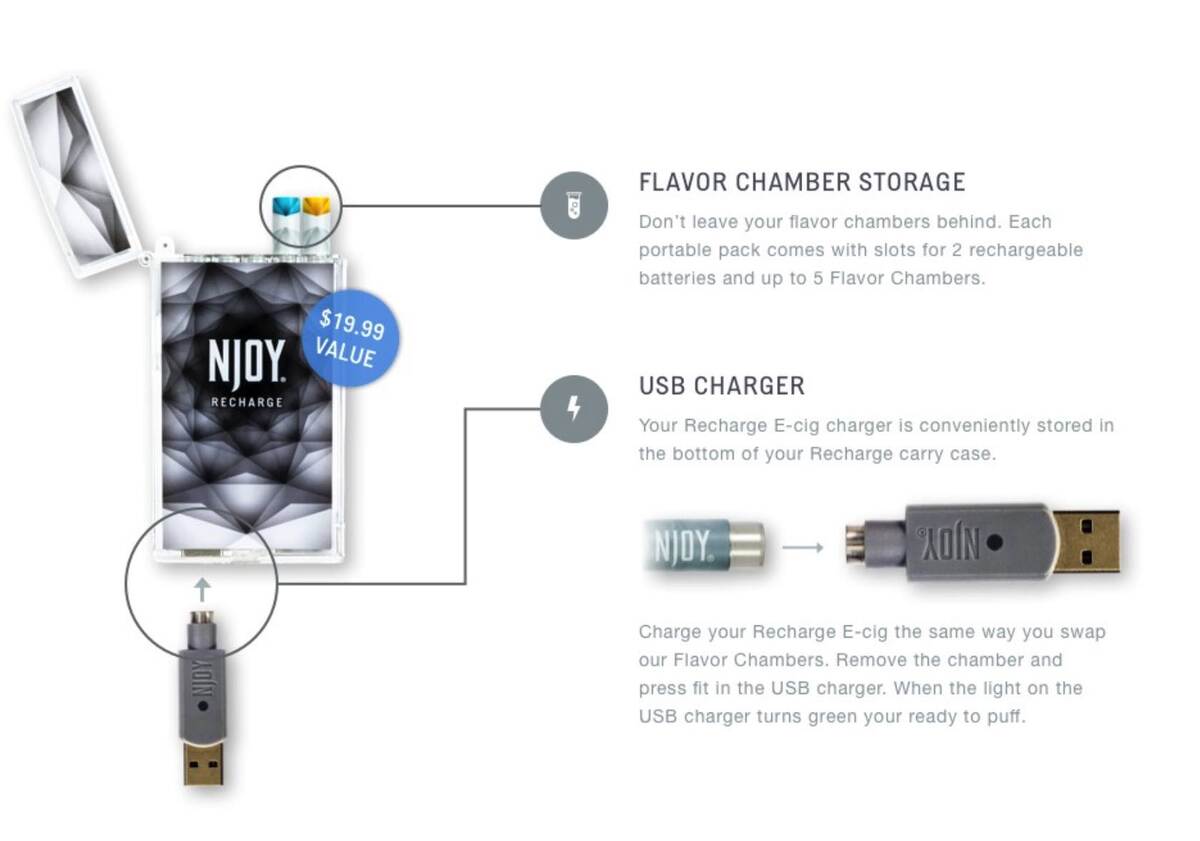 The battery of the nJoy starter kit is pretty standard, looking a lot like other cig-a-likes out in the market today. However, the cartridge included is not like what other brands provide in their cig-a-like starter kits.

The outer case of the cartridge is easily removable, exposing the filling inside that holds e-liquid. What makes this special is that, once your cartridge is used up, rather than buying a pack of new ones, you can instead fill it up with any e-liquid you choose.

The nJoy Starter Kit is not something you’d take on rugged outings. While it is sturdy enough for daily use, its build quality is not the same as more expensive and advanced units. More a glorified disposable than vape pen, the nJoy Starter Kit’s e-cig is not designed to last more than a year.

For your money, you get a kit that includes everything you need to start vaping in minutes. Inside the box you’ll find one rechargeable battery, a USB charger, a cartridge in either traditional or menthol tobacco flavor with a nicotine level of 18mg, and a user’s guide. 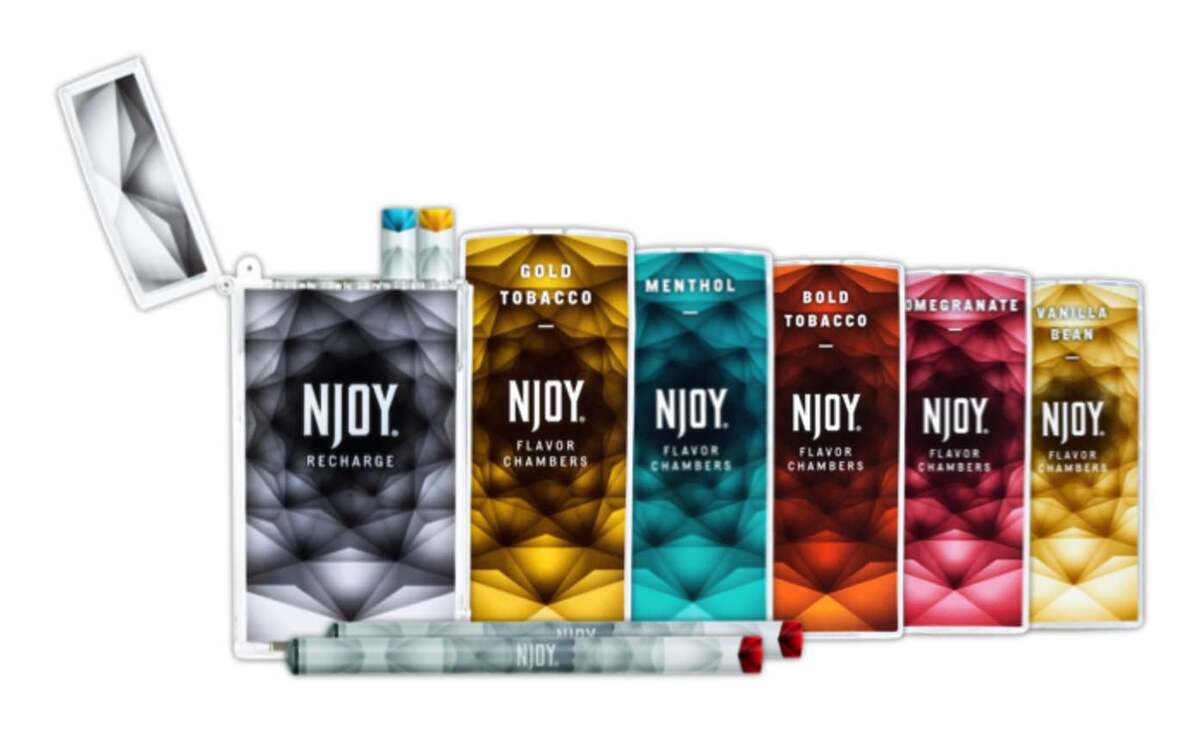 The nJoy Starter Kit is a basic device. No fancy buttons and no special tanks. It’s just a battery and an atomizer. That said, it does what it is supposed to do, and is better in some ways than other cig-a-likes in the market.

To use it, all you need to do is screw in the included atomizer with pre-filled e-liquid, then start drawing from it like a regular cigarette. To recharge, you remove the atomizer and screw in the USB charger prior to plugging. To refill, just take off the outer casing of the atomizer, saturate the filler with e-liquid, replace, then you’re ready to vape.

While the e-liquid that comes pre-filled in the included cartridge isn’t the best tasting, vapor production is impressive for its size.

The overall performance of this e-cig is best described as decent. Vapor production and the ability to refill is more than what most other cig-a-likes can offer, and is a good gateway device to the world of vaping.

Battery life of the nJoy Starter Kit is not that good though, you’ll be lucky to have it last half-a-day. But this is expected given that the e-cig is the size of a regular cigarette, and cramming a more powerful battery inside would sacrifice its portability and size.

However, as mentioned, the atomizer of the nJoy is a little bit different from what other starter kits from other brands offer – with a removable outer case that allows you to refill it with any other e-liquid you prefer.

This is a welcome option because using your own e-liquid is more cost-effective than having to buy cartridges every time you run out of e-liquid. Instead of throwing out a perfectly good atomizer, you can reuse it until it wears out, saving you a good deal of money in the process.

If you are new to vaping and want an affordable kit to appease your curiosity, the nJoy Starter Kit comes highly recommended. Costing only a few bucks more than disposables – which perform poorly by the way – you’ll get more than your money’s worth.

nJoy’s motto is “The best thing about this cigarette… it isn’t one.” And with this starter kit, that much is true. It isn’t a cigarette, yet it looks like one, feels like one, and to some extent, tastes like one. For $19.99, you’ll get a capable e-cig that will last longer than a pack of smokes.

The fact that it’s healthier makes it all the more worthy of your attention.

We receive a small comission if you buy the reviewed product using the provided link.