Yocan Magneto: Many Parts to a Simple Device

The Yocan Magneto is a wax and concentrates vaporizer with single-button functioning. It uses an internal 1100mAh battery as its power source and has a USB charging port on its front. The Magneto uses a multi-phase ceramic coil that first melts concentrates material, then vaporizes it.

The Magneto features a thread-less design between several of its parts, save for the 510 threads between the battery and atomizer section. It uses magnetic connections between its different parts. Users can remove the top cap to load the materials chamber with a built-in dab tool and then snap it back into place. 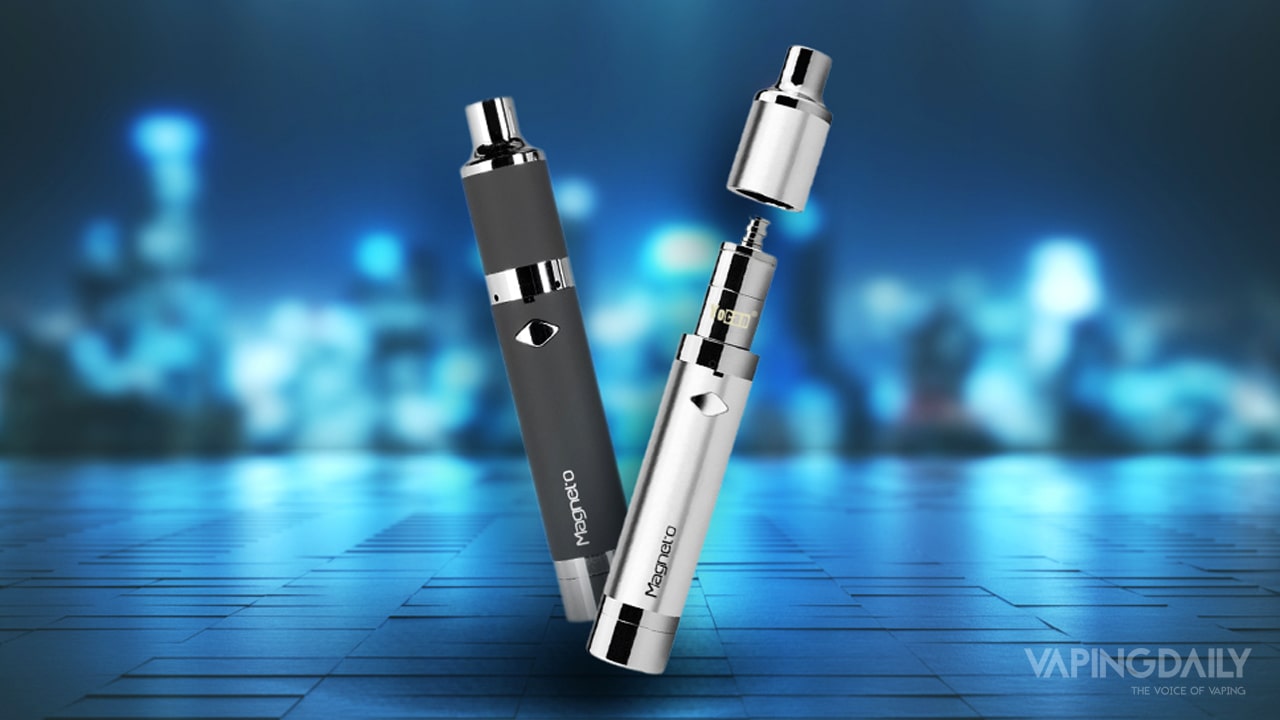 The battery section also includes a hidden silicone container at the base that has a threaded cap. The build material is not explicit, as that information is not available. The Magneto has a single power button that users need to press to vape.

The top cap, or atomizer tube, connects, like the other pieces, with a magnetic connection. Only, the Magneto is not completely thread-less, as the coil section screws into the coil base, which then screws into the 510-threaded battery.

Together, the Magneto measures 112mm (4.4 inches) tall and has a diameter of 19mm (0.7 inches). Despite its height, the device is not super-heavy or long. It fits well in hand and is not a problem to carry around. At the same time, it does not feel flimsy or cheap.

The top cap removes smoothly and snaps back into place when the unit is ready to vape. The coil section and its magnetic top cap are the main features of the Magneto, and a close second is the silicone jar built into the battery.

The coil cap also doubles as a dab tool. One end (the end that goes into the oven) has a hollowed-out center for users to scoop up material and then dab it over the coil. Ideally, this would mean that the material comes in direct contact with the heating element, so it all gets vaped. There are some problems with this configuration that we’ll get into later.

The coil inside is what Yocan calls “multi-layered”, so there are two elements, stacked on top of each other. Yocan claims this design delivers an efficient and fast-acting vape, but again, there are some things wrong about this coil system. The cell has a USB charging port that sits right above the silicone container section, to charge its 1100mAh battery.

Getting the Magneto to Work

As there are no variable temperature or power settings on the Magneto battery, the device is not difficult to use. The fact that users cannot regulate or set the temperature when vaping (other than pressing and letting go of the firing button) can lead to some uneven vapor quality.

The coil heats up instantly, as soon as pressing the firing button. But the coil cap/dab tool is both a pro and a con when it comes to using the device. It is convenient not to have to grab for a tool or not have one when it’s needed, so that part is fine.

The only problem comes with the design of the tool, which has a cupped interior so some wax can get stuck at the very bottom. Even though the tool then sits directly above the coil material that is wedged into the cup does not vaporize, which can then affect the flavor quality of any subsequent sessions.

The vapor does not go up through the coil cap, but there is an airflow hole on the neck of the lid where the vapor passes. On the outside of the coil base, there are also four airholes that encircle the oven and providing even more airflow. This plus the four indents that surround the 510-connection also provide better airflow than most other non-variable voltage wax pens.

The battery and coil base are both 510-threaded, and both can be switched up. The coil inside has a resistance of 0.6ohms so it can vape comfortably on any 510-mod with variable voltage or temperature to create massive, sub-ohm clouds.

But, given that the cell has a 1100mAh capacity, it has a long working life already. The only reason to attach the coil atomizer to a regulated mod would be to be able to regulate the power and temperature.

The Magneto is easy to assemble and very simple to load, thanks to the dual top cap/dab tool. But the problem becomes the fact that material can get lodged inside the cap, and not vaporize, making the draw tighter as well as affect the flavor.

Another thing that affects the flavor, negatively, is the fact that the wax comes in direct contact with the ceramic coil. This direct contact would not otherwise be a problem if it did not give the vapor an unpleasant, metallic taste.

The sour taste was not present in the vape the first few times, but after a few sessions, it did start to emerge. The Miracle-style coil head, which is covered by the guard, tries to minimize the contact between wax and the coil, but after repeated use, the flavor does start to diminish.

With no power or temperature regulation feature, the vapor that comes out is pretty much all that comes. Although the kit does not include a spare atomizer coil, the 510-threaded Magneto battery can support other Yocan coil atomizers, like the Evolve and Evolve Plus.

These coil heads are QDC (dual-quartz coils) that have a different configuration than the ceramic ones. The other atomizer option available for the Magneto is the popular ceramic-donut coil.

These coils are known for their better flavor quality, as the wax does not come in contact with the wire material, but instead sits atop the heated plate. With that said, again, without any regulation feature, the vapor production is regular and average. There is nothing remarkable about it.

The Competitors: The Yocan Magneto vs. the Yocan Evolve Plus vs. the Dr. Dabber Aurora

The Yocan Evolve Plus has a lot in common with the Magneto. It also has a single-button operation, no adjustable heat or power settings, and it also has a 1100mAh battery with the same hidden silicone container in the base.

The Evolve Plus is a little taller at 4.7 inches, and it does support the two different styles of atomizer mentioned above, the dual-quartz one and the ceramic donut coil.

The Dr. Dabber Aurora also features snap-on magnetic technology between all its parts, mainly the atomizer, the battery, and the mouthpiece. There are no threads on the Aurora, not even between the atomizer and the battery.

Closing Thoughts on the Yocan Magneto

The Yocan Magneto had a lot going for it. It’s easy-to-use, compact, portable and has good build quality. It’s a comfortable pen as well, but its convenience is also its downfall. While other units feature a dual-use, carb cap/dab tool the one here can cause some problems with functionality and vapor production

The lack of adjustable settings (even presets) also makes the vapor production less than stellar. The large capacity battery does give the Magneto a few extra points, but the coil life does not keep up with the power source, even though Yocan claims the coils can last for 6-12 months.

For an average, mid-range oil and wax vaporizer, and at its price, the Magneto can make a useful starter device for new vapers. But for more seasoned vapers, used to temperature control and multiple settings, and smoother performance, the Magneto repels rather than attracts.

Have you ever had the same problem of wax getting stuck in the dab tool/atomizer cap? Did you get the same metallic taste from the coils? Have you tried the other coil options for the Magneto? Send us your experiences with the Yocan Magneto or any other Yocan products in the section below.

One comment on “Yocan Magneto: Many Parts to a Simple Device” 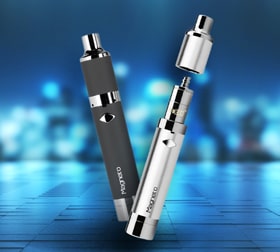