The Munchkin parade continues here at vapingdaily.com with the newest dab mod from Vivant no bigger than 50 mm. The Dabox, or just “Dabox”, I reckon, is a dab-defeater with an enormous amount of power in its over 1500mAh battery that quickly vapes anything it touches with a dual coil system that is also sub ohm. 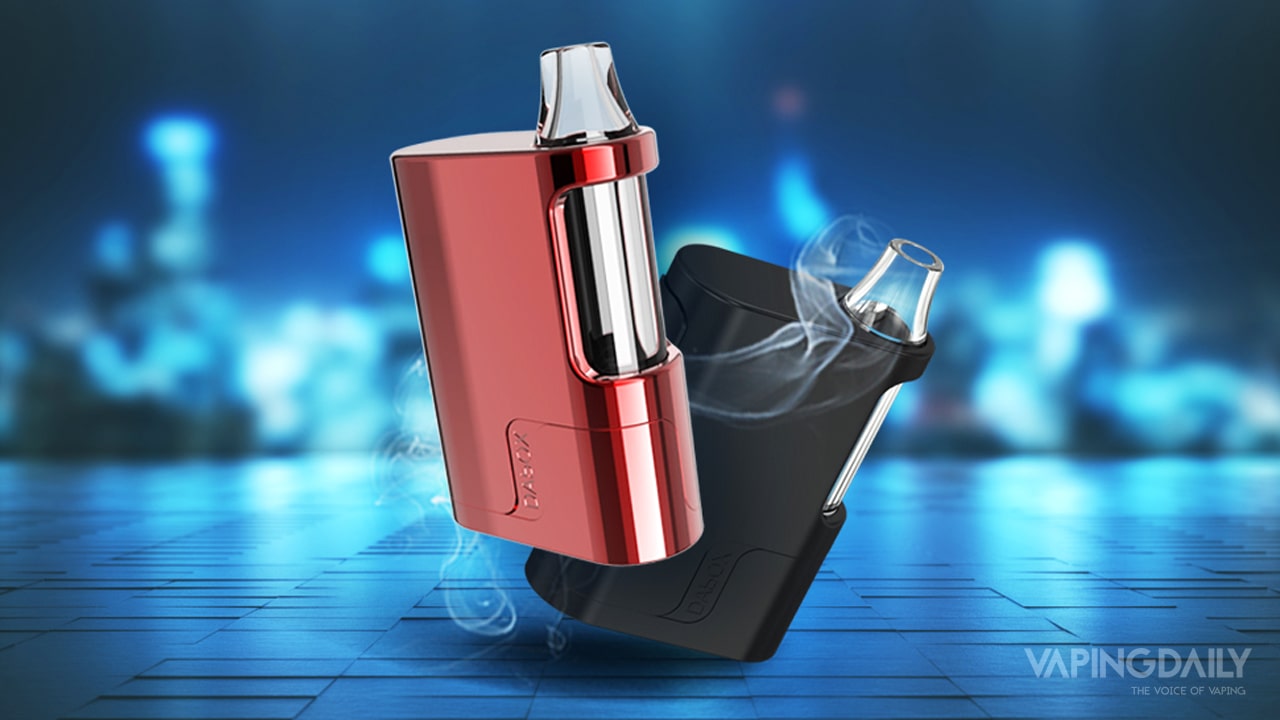 Dabox is remarkably small and features a new, novel Flip Door system that opens the lower part of the mod to reveal the tank and coils inside. Built into the mode is a detachable glass chamber that allows for measured and precise airflow. There’s also a tiny LED indicator light behind the glass chamber that refracts magically when it lights up into the glass.

But, anyway, the Dabox is sufficiently small, but still with a little bit of heft to make sure it doesn’t come apart if it gets knocked around a little. The glass chamber does come loose, however, should you need to clean it (and you do!).

The Dabox comes nicely packaged in a black and neon green box which is a fitting contrast, more or less, and the mod comes ready sitting on an elevated pedestal within the box and next to a packing box bigger than the mod itself!

Other contents of the box: 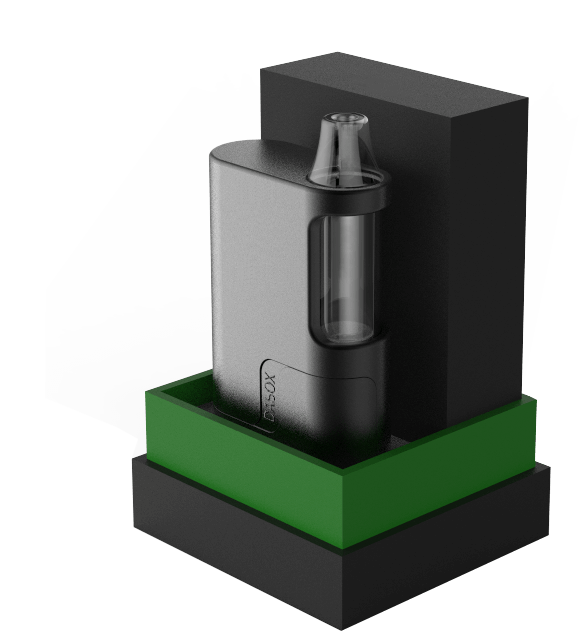 Getting To Know the Vivant DaBox

Just by looking at it, I wasn’t deceived whatsoever by the Dabox’s tiny stature. Despite its small size, I could still see from its metal alloy casing that the Dabox was not a lightweight device. It’s not.

Granted, it’s not going to rip open your pants if you put it in your pocket, but the Dabox is sturdy and well-built enough to durable and portable at the same time. So, far from being a minus, I was reassured by feeling some weight in my hand from such a tiny mod.

The glass chamber was also remarkably strong. It was thick and double bored so, while it may look fragile, I don’t think it would break so easily, although I’m not going to go out of my way to find out.

I then opened up the mod to reveal its most defining feature, which is the fact that it opens up in such a way. Here is yet another device that locates its loading chamber and tank right next to, or in this case, right into the battery design, just like the Beekeeper from HoneyStick.

The mod also features a gigantic firing button that also simplifies things. And there’s really nothing else, in terms of features or bells and whistles, which was something I liked about Dabox. It’s a powerful, straightforward concentrates mod that lets you swap out atomizers for two unique vaping experiences.

Far from being, unwieldy, the Flip Door action of the Dabox is quite secure. The door snaps into place at both 45 and 90-degree angles, and when I say “snap,” I mean “snap”. There’s no swinging around or potential for breaking off from the device itself.

I first installed the dual quartz titanium coil that comes with the Dabox. Keeping the Flip Door opened with the titanium coil and pressing the firing button, I saw that the coils lit up red almost instantaneously.

That optimum heat-up time is thanks to the over 40w output of the 1500 mAh battery that took only an hour to fully charge. Spreading on some concentrate to the dual titanium coil atomizer with my handy dab tool, I closed up the Flip Door and pressed the button five times to activate it and then held it to fire the mod.

With a resistance on the coils of 0.5ohms, the vapor production was superb for such a small device. The heat came on strong and fast and threw out great, full-flavored vapor in thick, voluminous streaks.

I got just as much flavor and intensity from the Clapton coils when I switched them in for the titanium coil atomizers. The Flip Door hinge system lets you easily replace the coils and fill them in just a few seconds. Closing up the mod, the Kanger coils took a little longer to heat than the titanium coils, just because of their higher resistance and thickness, compared to titanium.

But even still, the longer build-up meant that the concentrate was evenly heated and produced much more flavorful vapor, compared to the intense, direct lung hits you got with the titanium coils.

Taking into account the battery power and its size, the Dabox seems best paired with something like the Micro G from Grenco Science that also features interchangeable coils and a 40w battery output. The Micro G was a much more complicated device, from an ease of use standpoint. The Dabox doesn’t have as many components and is relatively easy to use.

But the Dabox with its sub ohm capability might start off beginners with a little more cloud than they can handle. The instant intensity with which the Dabox attacks a dab might be a little too much for the uninitiated, so the Micro G might be a better way to start the dab pen experience for those new to the game.

Even if the glass chamber might not be an ideal thing to put into your pocket, the Dabox is still quite portable. The Flip Door is especially helpful in this respect since it was designed to make refilling the atomizer tank easier when on the road.

The speed and intensity with which the Dabox delivered its flavor payload was a surprise even to me, and I’ve been doing this a long time. The Dabox may have slipped into that zone where it is too much vape for a rookie to handle, but still too simple a device for hardcore vapists who don’t appreciate the lack of control the Dabox has over the experience in general.

The Dabox stands out because its stands so low and compact. There’s no additional adornments or designs on the Dabox mod other than the Vivant logo and the black, hard-shell casing. The glass tube is the only adornment, and its exposed chamber was, perhaps, an inadvertent design feature that I liked.

The power behind the Dabox is intense. So much so that, the fact that it’s powerful should maybe be a detriment rather than a positive since it might overwhelm some first-time vapers. It’s a sub ohm mod with a 1500 mAh battery, so you know it’s going to go into overdrive once you fire it, but only if you are an experienced vaper will you be able to handle all the cloud it throws at you.

In my mind, the Dabox is a victim of its engineering. It is a compact, powerful wax vaporizer that’s made to last and hard to beat in the durability department. The Dabox, however, might be too deceptively simple for some.

It’s easy to use and clean and maintain and switch out the coils, and there are no extra controls or features. But getting a handle on such a powerful device, to fine tune it to meet your particular tastes might take some added time and patience before you can genuinely enjoy the Dabox.