Taking steps to ensure the safety of non-smokers is critical to the success of public gatherings and events. Offering smoking cessation aids to smokers will also curb cigarette litter, and will help clear the air for others. 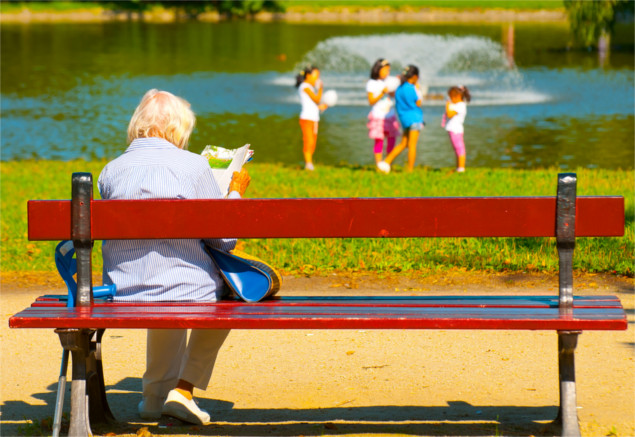 Some people move to smaller towns to escape the crowded cities. The residents flock to parks in search of the freedom and peace of wide open spaces. The public areas of these towns should offer refuge, where anybody can come and get a breath of fresh air. However, this is not always the case. In many public places, smoking is allowed. The litter of cigarette butts, empty, crumpled packs and plastic wrappers are found scattered among the playgrounds and picnic areas.

The Cost of Litter

A number of cigarette butts tossed out globally each year is a substantial amount. According to Truth Initiative, a public health organization 1.69 billion pounds of cigarette butts, to be exact. This number is spread out between towns, cities, and provinces around the world, but each is required to pay its own costs associated with the cleanup. In fact, it is estimated that in the US alone, cities and towns pay in excess of $3 million to $16 million annually in cigarette litter cleanup costs, according to a research paper published on Tobacco Control.

The Cost of Allowing Smoking

When cities and towns across the US allow smoking in these public areas, the cost could be more substantial than dollars and cents. Many places allow events to take place which draws in tourists. This brings these towns revenue.

However, when the air is filled with smoke, and the streets are littered with tobacco remains, it can sometimes drive away those who were looking to bring their family out for a fun-filled day. They may be better off seeking out a privately owned area, such as a theme park, which does not allow smoking. Tax dollars are not only being spent in the millions on cigarette litter cleanup, but dollars are being lost on those looking to avoid these kinds of events due to the smoke and litter.

The Toll on the Community

The toll on the city is evident, with locals avoiding these public spaces, losing tourism dollars, and litter costs. However, what about the families which used to rely upon these events, as supportive members of their community? Without the support of local families, public parks and other areas are left to be frequented by less desirable elements. Without use of these areas, again, many families start seeking their family enjoyment elsewhere.

What the Tobacco Industry Is Doing to Resist Policies

According to the World Health Organization, the tobacco industry has a long track record of manipulating and fighting public policies which would restrict sales of their products. However, it seems as though tobacco companies are now fighting an uphill battle. With the public sector working to quell tobacco’s reach, some might suggest tobacco companies are simply panicking with some of their latest tactics to increase market share and profitability in the United States.

The tobacco industry has a history of publishing biased studies and bad science. Tobacco companies are known for performing tests on animals, despite evidence showing that such findings from these studies are irrelevant when it comes to the effects of tobacco on human health. However, the public sector is hard at work fighting against the manipulation of data, putting forth reliable information, and educating the public.

When new laws which would limit tobacco sales are devised, the tobacco industry strikes quickly to oppose such actions. This may be done through hiring their own public relations teams to sway public opinion, creating controversy surrounding the medical evidence, and trying to counteract efforts to prevent stricter tobacco laws and taxation. However, public officials are fighting back, pushing for more education and meaningful changes to policy that will help people understand the dangers of smoking, and therefore save lives.

What Can Town Officials Do to Reduce Smoking?

As a community looks to their town officials for answers, it begs the question, “Whose rights are being upheld?” Yes, people who smoke do have rights, but those rights should not infringe on the health and safety of others.

When it comes right down to it, smokers do have the option to partake in their own pleasures on their own accord. However, when one’s actions take away the freedoms of another, in many other areas of the law, it is considered a crime.

The solution to this is to make smoking cessation aids available at these events for those who cannot go without smoking. Nicotine gums can be made available for purchase by the town, in order to gain attendance from both, smokers and nonsmokers.

Simply walking indoors allows toxic chemicals to enter the air. Many more do not know that these chemicals may contribute to SIDS. Education is a key element in understanding the dangers and consequences of smoking.

Improving the Health of a Community

Towns everywhere should become involved in making their communities smoke-free zones. It is not infringing on the rights of smokers; it is offering them alternatives and reasons to quit – while preserving the health and safety of nonsmoking residents.

Another way a town can help revive their community is to offset the cost of cigarette butt litter. Imposing a small tax on each pack of cigarette will alleviate taxpayer contribution, and effectively place the bill where it belongs. Reviving and improving the health of a community is important in regards to progress and sustainability for any town.