The Vaporesso Barr is a device designed for beginner vapers, but it is suitable for all kinds of vapers. This vape has a slim profile and is easy to use. The Barr is the ideal mod for vapers always on the move.

The Barr is powered by an onboard 350mah battery, and it generates 13 watts of output. It does not create an overabundance of vapor, making it an ideal stealth vape.

The Barr is one of the best mods for vapers looking for something easy to use and portable. The device is draw-activated, meaning that the user only has to inhale to turn it on.

This feature is common in these kinds of mods, but unlike similar mods, this one has adjustable airflow, allowing the user to customize the vaping experience. However, there are some issues with the airflow, and the battery is not all that great.

This mod does not use sub-ohm coils, so vapor production will not be that high. Still, it will produce decent-sized clouds with the airflow all the way open. The advantage is that it will not attract unwanted attention when vaped, especially if the airflow is tightened.

This device does not have any power modes to worry about, being a simple draw-activated vape. The only adjustable feature is the airflow.

The Barr has all of the usual safety features built into a vape. Additionally, it comes with a warranty. The warranty is void if the mod is misused. Avoid problems by reading the manual and using the mod as was intended. Do not try to hack the pod or load it with anything other than vape juice. 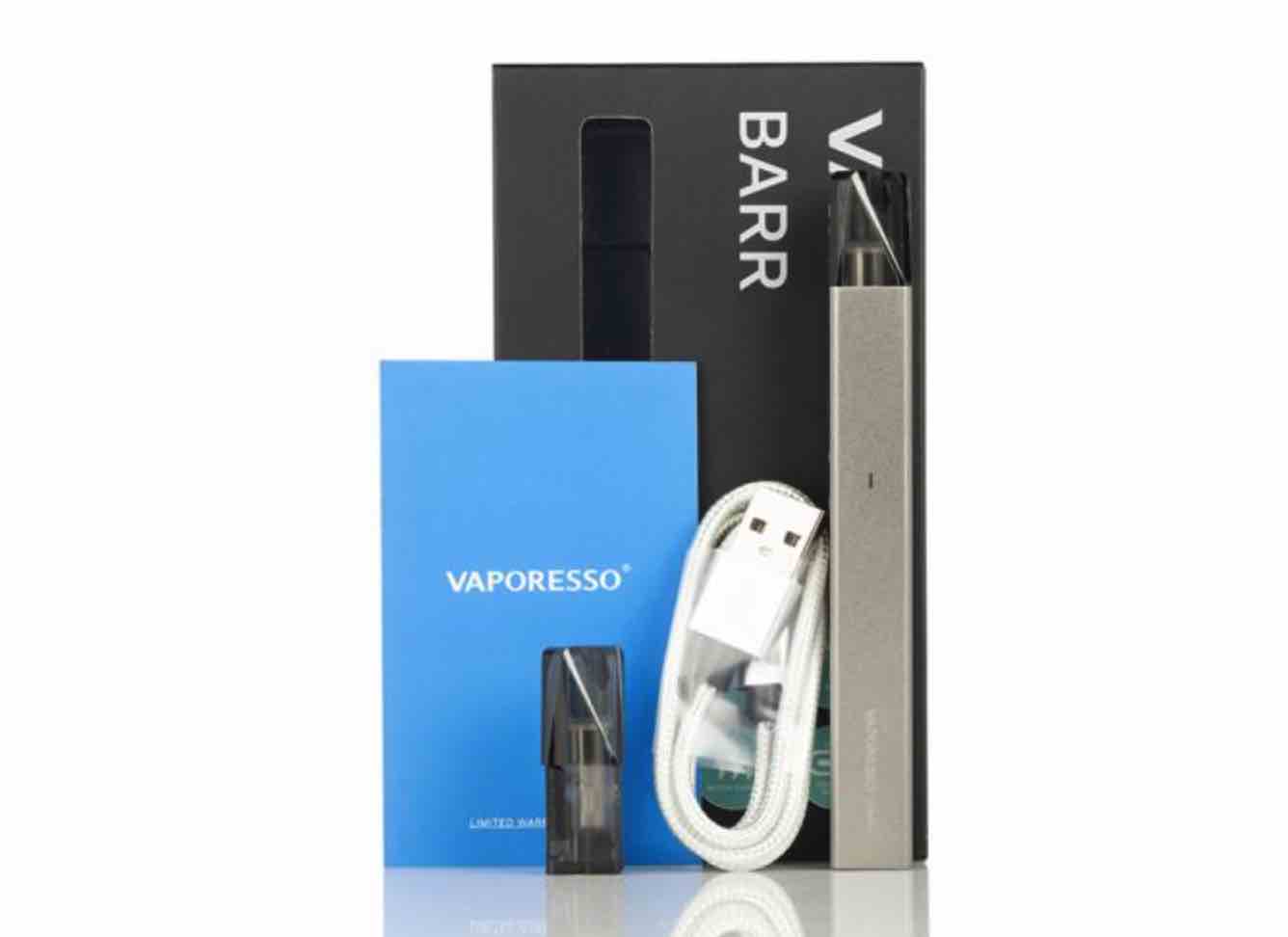 The kit has everything required for vaping, short of nicotine liquid. The kit includes:

The TPD kit is the same as the regular kit.

This device is a very well-built vape. Having a metal body, the Barr is not going to break easily. This vape is perfectly sized for pockets and purses. Also, the kit is available in a variety of fashionable colors.

The only problem is that the edges are too sharp, despite being tapered. This feature of the design makes it less comfortable to hold than other mods, but at the same time, due to its compact size, it is user-friendly.

The mod has a 350mah battery that can last half a day, depending on how often it is used. Three to four hours at the least. Also, it has 0.5 amp charging, meaning it does not charge as fast as it could. The mod would have been better with one amp charging.

A puff activates the device. The indicator light is located at the center of the mod. The light will let the user know when the battery needs to be recharged.

This device is equipped with 4 refillable pods that hold 1.2 ml of liquid that provide for amazing flavor and rich cloud. Refilling is easy thanks to the inclusion of a removable stopper. The1.2-ohm mesh coil lasts a long time, meaning it can be refilled multiple times. 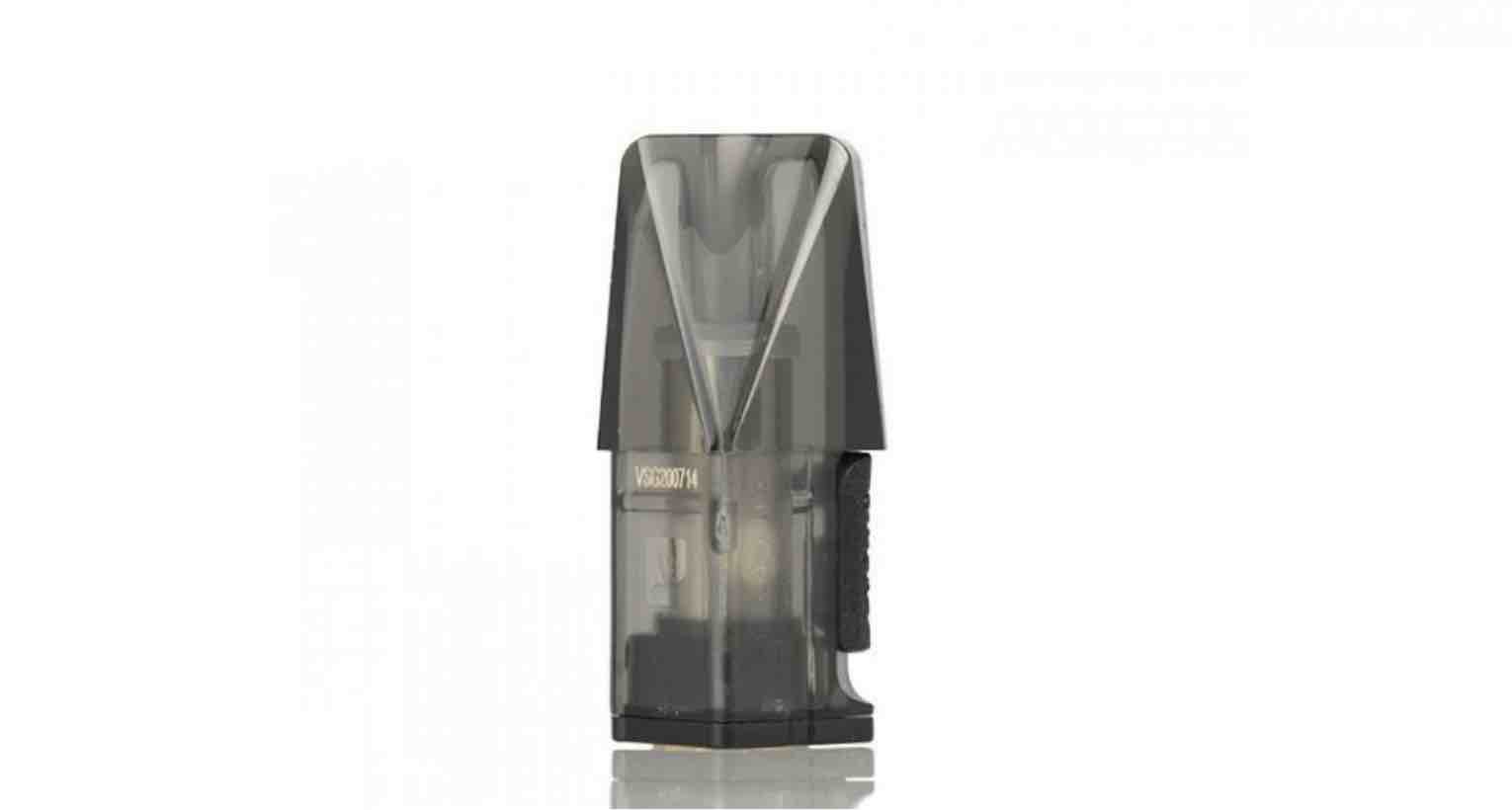 The pods generate excellent levels of flavor, making this mod a superb choice for flavor chasers. The only problem is the seal. Depending on how the airflow is set, the draw can be rough and not very consistent.

This issue can be resolved by putting a finger over the connection between the pod and battery, but that is not convenient.

The pods have 1.2-ohm mesh coils, so it is best to use them with high propylene glycol liquids. The capacity is very small, only 1.2 ml, which clearly provides the using of a liquid with salt nicotine. Salt nicotine blends are the best because they provide a smoother throat hit.

How Long Do the Mesh Coils Last?

The pod has been refilled five times, and there has been no reduction in flavor. This vape can likely go for over two weeks before the flavor starts to decrease.

Unfortunately, the mesh coils are not replaceable. Once the pod is used up, throw it away.

How to Use the Vaporesso Barr Kit

The battery is easy to use.

How to Refill the Pods

The pod is removable, clicking in and out. Follow these steps for refilling and change the airflow:

There are four airflow settings, each represented by a squiggly line.

Competing Devices on the Market

The Uwell Caliburn is a slightly better device, despite not having airflow control. 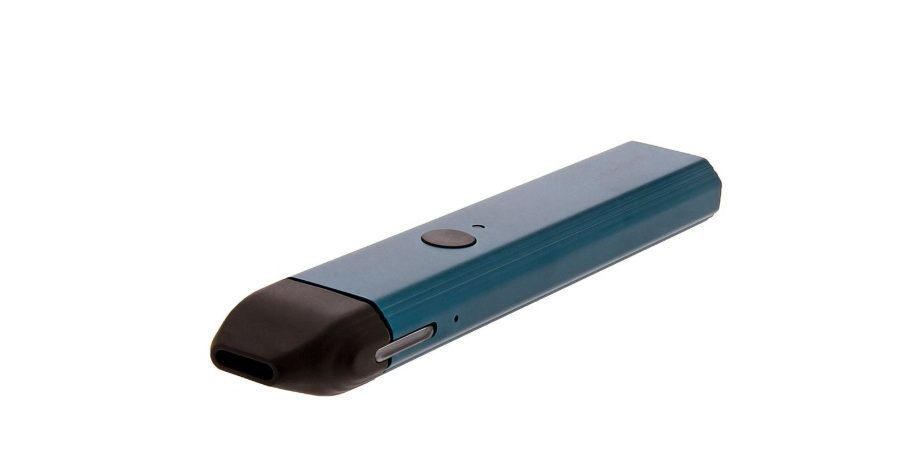 The Suorin Shine has several advantages over the Barr.

Final Words About the Vaporesso Barr

There is much to love about the device, and a few things to dislike. The flavor is the best thing about using Vaporesso Barr and the four airflow settings are a significant bonus. However, battery life could be better.

Half a day’s vaping does not cut. There is also the problem of the airflow mentioned earlier. Despite these problems, the Vaporesso Barr is a reliable vape. But, there are better mods available at lower prices.

Do you agree with what we wrote? Let us know by leaving a comment, telling us your favorite and least favorite features.