Panel Of Experts Concludes E-Cigs Can Be Used Like NRTs 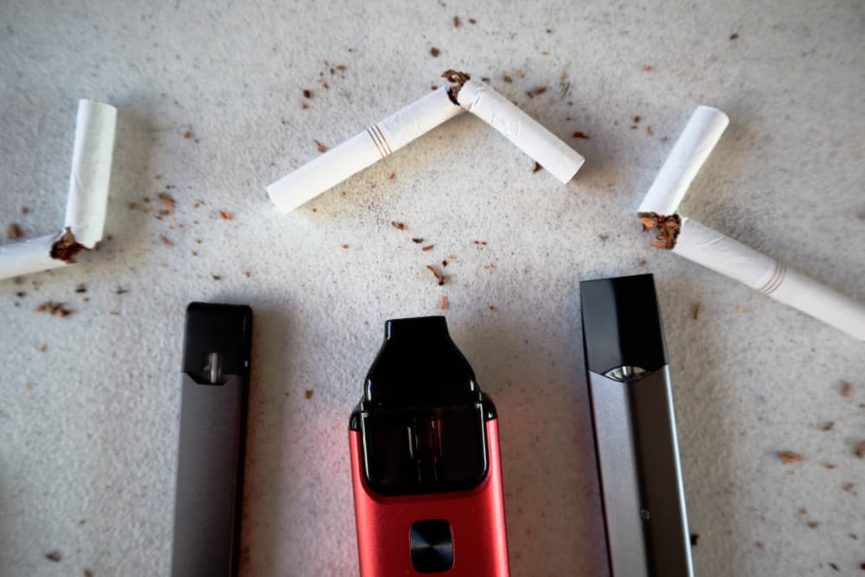 The Cochrane Group recently published a study stating that e-cigarettes should be used along with NRTs to help people quit smoking.

The study’s findings showed higher quit rates among those who used standard NRTs like nicotine patches and gums, along with nicotine electronic cigarettes. The study collected data from studies involving nearly 12,000 participants from 13 different countries. They used randomized trials looking at people’s smoking and quitting habits over six months.

A Look at the Cochrane Group

The Cochrane Group is an esteemed, non-partisan body of healthcare experts who study emerging trends in science and medicine. The group looks at several policy fronts and reaches conclusions on best practices for a variety of health-related fields. The Group publishes a Systematic Review of peer-reviewed articles that establishes the benchmark for which medical professionals from around the world strive to reach.

In its nearly 30-year history, these Reviews, all of which are kept in the Cochrane Library, have become the lodestar of health-related research. For these reasons and more, the Group’s latest findings on the effectiveness of e-cigarettes are especially relevant. These findings could also point the way to the successful integration of electronic nicotine vaping devices into current quit smoking practices.

The study collected data from over 50 published studies from around the world. It looked at the smoking and quitting habits of over 12,000 participants who used various quit smoking methods, including nicotine replacement therapy, as well as e-cigarettes. The principal finding of the study was that:

Several groups heralded the study as a new weapon to use against anti-vaping advocates and hysteria. ASH (Action on Smoking and Health), an anti-tobacco group in the UK said the study was important to establish e-cigarettes as a safe and effective tool to quit smoking.

At the same time, new ASH YouGov figures reveal that e-cigarette use has dropped for the first time since 2011. pic.twitter.com/9CmZwJXn11


There was a reaction from across the pond as well. The American Vaping Association lauded the group’s findings and pushed for a rollback of anti-vaping regulations.

AVA's analysis of the new Cochrane review on e-cigarettes and smoking cessation. Check it out! https://t.co/u5YC8iteHP

This new Systematic Review upends a past study by the U.S. National Academies of Science, Engineering, and Medicine that found insufficient evidence to support using electronic cigarettes as a cessation tool. The Cochrane Group instead found “moderate‐certainty evidence” that e-cigarettes worked as well, or better than using no support or NRTs.

What The Study Suggests

The authors concluded that public health authorities should further explore the effectiveness of e-cigs as a quit-smoking tool. They did look at the potential negative health aspects of using an e-cigarette (lung irritation, secondhand-vapor, etc..) but found no evidence to suggest that they were as harmful or more than regular tobacco smoking.

The authors also confronted the many arguments used by the anti-vaping lobby. They cited:

as some of the main concerns leveled against vaping. The authors concluded, however, that “there are limited data with which to support or refute these concerns”. The researchers did, however, stop short of completely recommending that e-cigarettes be used to help people quit smoking.

They did recommend that more studies be done to prove their effectiveness while leaving the door open for people interested in using e-cigs to quit. The study only found that people who tried standard nicotine replacement products like patches and gums along with e-cigarettes had more success.

Even looking at studies of those people who become poly-users, or dual-users, of e-cigarettes and tobacco cigarettes, showed something important. The Cochrane review found that with increased nicotine consumption “there was a significant decrease in cotinine, exhaled carbon monoxide levels, and urinary 3‐HMPA.”, which means that people smoked less if they also used an e-cigarette in their quit attempt.

Peter Hajek, who was also a co-author of the landmark Public Health England study that found e-cigarettes were 95% safer than tobacco cigarettes, also co-authored this study. Hajek was joined by fellow tobacco control experts Professor John Britton and Professor Lion Shabab, both of whom are experts in respiratory medicine, and tobacco control, respectively.

The authors aimed at the myth of the supposed teenage vaping epidemic as well. They stated that while the numbers of teens vaping have increased it did so in those groups that were already smokers, and not, as critics suggest, among those who have never smoked. In Canada (5.7%), the UK (2.7%), and the US (6.7%), the percentage of teenage vapers are still small compared to teenage smokers.

The authors ended the study by suggesting that it would change as new evidence became available. This is only the first update to the 2014 and 2016 Systematic Reviews produced by the Cochrane Group. With time, the “moderate-certainty” of evidence could grow, or not, as more people find that using an e-cigarette may help with quitting tobacco, along with NRTs.