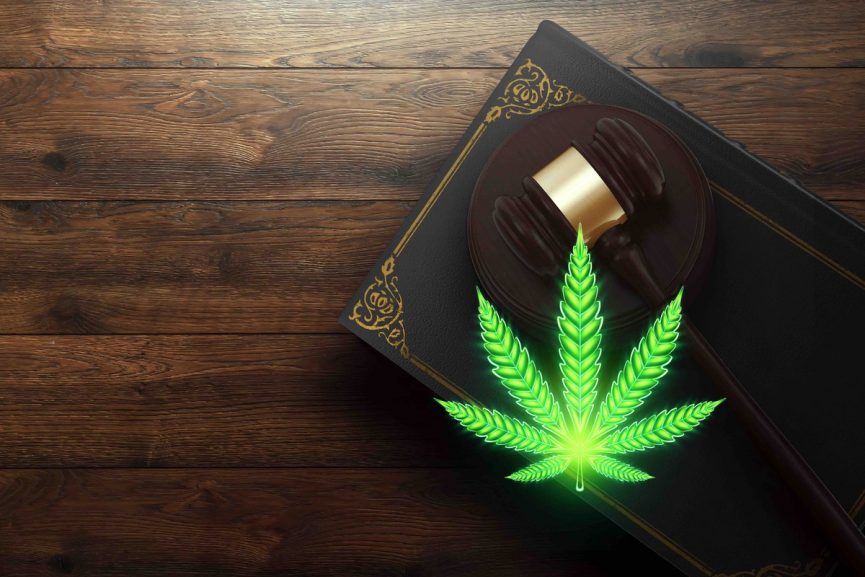 New York state public health authorities surprised many this past week when they announced plans to ban Delta-8 THC, a popular hemp derivative.

The move comes after the announcement on April 1st of this year that the state would legalize possession of small amounts of marijuana. However, the state has not yet set up a retail sales program like other states where recreational marijuana has been legalized. Because the details of a statewide retail program have not yet been released, there remain many complications surrounding other cannabis products.

While other cannabis compounds like cannabidiol (CBD) are legal to sell and purchase, Delta-8, which is also derived from hemp plants, occupies a legal gray area that the state is trying to close.

Delta-8 is one of the hundreds of cannabinoids found in hemp and marijuana plants. It is a close cousin of Delta-9 tetrahydrocannabinol, which is the primary psychoactive ingredient in marijuana. There are only a few chemical differences between the two compounds.

Because of those minor differences, Delta-8 occupies the middle ground between cannabidiol (CBD) and high-grade Delta-9. It is not as intoxicating as Delta-9, but it does produce intoxication, unlike CBD, which has no intoxicating effects.

Why Is New York Banning It?

The controversy surrounding Delta-8 comes from the fact that it has intoxicating properties. Even though Delta-8 is extracted from hemp plants and not marijuana plants, it still gives users a slight euphoric “high.” Delta-8 started to become popular after the passage of the 2018 Farm Bill, which legalized the production of hemp products in the US.

As Delta-8 derives from hemp, producers, vendors, and consumers could produce, sell and ingest it without any legal problems. But, as the compound took off, lawmakers and state health authorities soon caught wind of the loophole in the existing laws and made moves to close it.

New York has taken the stance of classifying Delta-8 as a synthetic compound, which is not necessarily true. Legal experts have stressed that the new prohibition on Delta-8 does not ban the compound itself but the process of converting it into Delta-9, which the proposed law calls “isomerization.”

The proposed ban also names Delta-10 as an illegal compound, as it too can be chemically altered to become Delta-9. The state health authorities’ recommendations to ban the production of Delta-8 have left producers and retailers in limbo, as they are not sure if their products – some of which are naturally produced – are legal or illegal.

While Delta-8 in itself is not considered dangerous, the fact that it is, or was, unregulated for a long time scared lawmakers into action.

After the CDC identified Vitamin E acetate as the main cause behind a nationwide outbreak of vaping-related illnesses and deaths in 2019, state regulators all over the country began taking steps to tighten regulations around all cannabis products.

Vitamin E acetate was illegally added to THC-based oils as a cutting agent, which led to the hospitalization and deaths of dozens of people around the country. The fear that the same adulteration of Delta-8 could lead to more severe injuries pushed lawmakers to act, which is why New York is following in the footsteps of other states.

Will the Law Go Through?

New York state has yet to adopt the proposed ban on Delta-8, as health authorities have left the issue open for public comment. After the public consultation period ends, it is up to the state health authorities to decide whether they will make any changes to the bill or not.

Some CBD retailers in the state that sell Delta-8 have already received notices to stop selling the compound, while others have not.

Several legal experts in the field of cannabis laws have stated that the new rules are open to interpretation, so there might be new loopholes that the cannabis industry could take advantage of.

However, they have also stressed that the proposed ban is motivated more by protecting the public from harmful, unregulated substances than as a tool to punish producers, retailers, and consumers.