The Reuleaux Tinker 2 is Wismec’s attempt to take their box mods to the next level. The dual-18650-powered battery incorporates varying degrees of impermeability to dust, impact, and water. It is also fitted with a three-button board with a 0.96-inch color display. Vape comes with a maximum wattage of 200W, as well as a 30x50mm trough tank 6.5ml capacity. Color choices are versatile as well. Feels good to the touch, which is a nice bonus to its apparent durability. Its ease-of-use shines immediately after usage and is well complemented by its minimalistic design that still manages to be trendy.

Why the Wismec Reuleaux Tinker 2 is No Pushover

This new vape mod is labeled as dustproof, shockproof, and waterproof, and it delivers just that. It is not stated what the Tinker 2 is made of, but it is most likely composed primarily of zinc alloy. The Wismec trough tank can hold 6.5 ml e-juice and can produce great vapor.

The control panel is straightforward to use as well. The screen is a bit dark, and it takes quite a while to adjust the wattage. But it is not hard to use every setting, like when shifting modes (power, TC-NI, TC-TI or TCR-SS). More specific adjustments can be made by going to the Sub-Parameters option; Stealth Mode can easily be set for the new vape in the same screen as well. 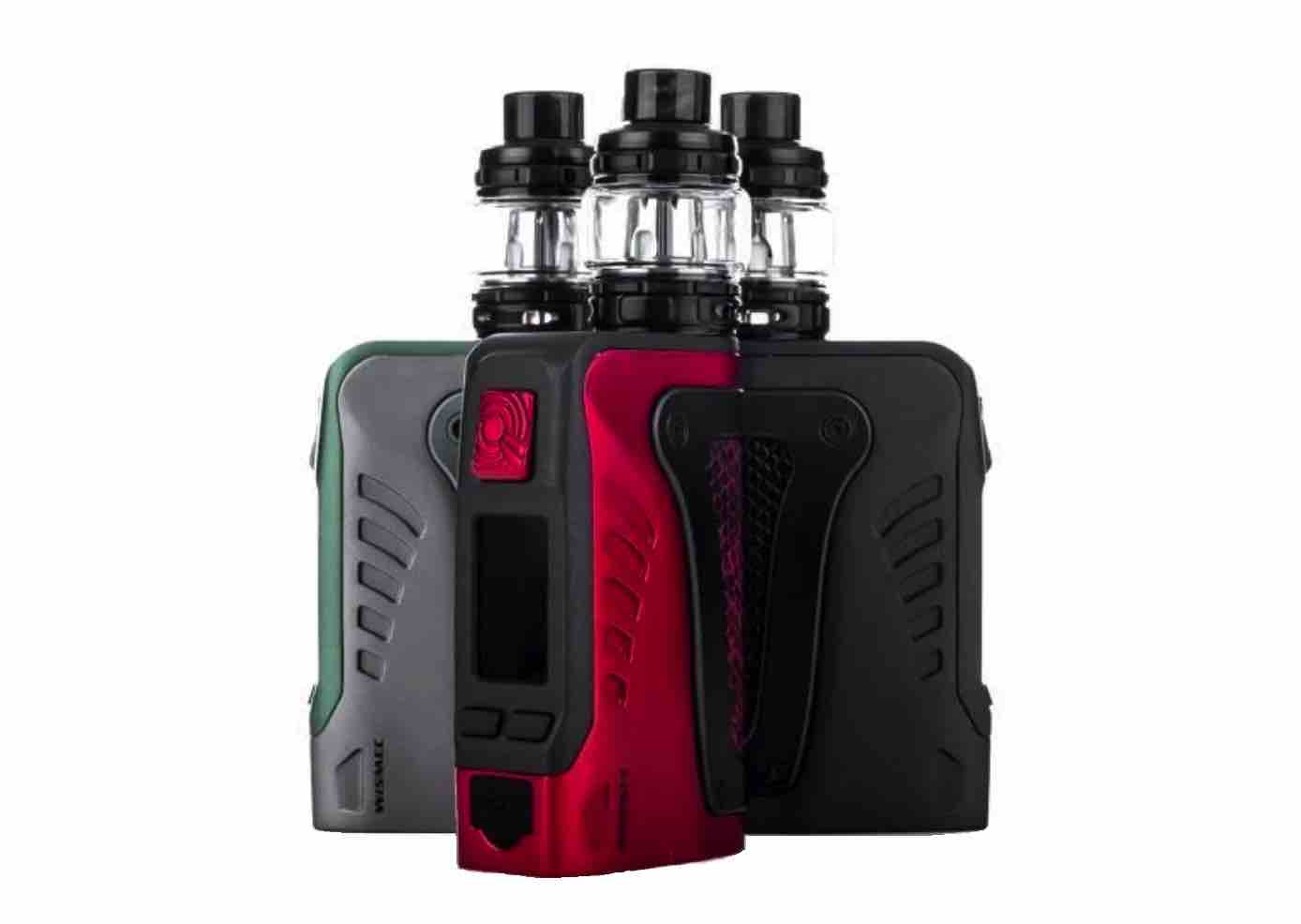 The board turns off and on fairly quickly as well, just by clicking the firing button five times. Better, more personalized vaping can be ensured by taking the time to set the clock, preheat settings, and timeout as well. All of these settings in the vape can be locked by holding both buttons down until the screen confirms the action with the “Key Lock” mode.

The Reuleaux Tinker 2 kit already manages to hit hard at 60W, any more than that could result in a more burn-y draw every time, making 60-65W the ideal setting for chain vaping. The mesh coil, thanks mainly to the sub-ohm tank’s small and rather bulging design, is able to provide excellent flavor with each draw, unlike the single-coil setups. Always opt for the dual coil to get the best out of this mod.

An Overview of the Tinker 2’s Starter Kit

In order to appreciate the solidness of the kit as a whole, careful attention has to be given to its essential parts. Besides the Tinker 2 mod, the other primary component of the kit is the sub-ohm tank, which has three coil options: single, dual, and triple. The kit only includes a single (WT01) mesh coil, and a dual (WT02) mesh coil and user manual. A couple of accessories and bonuses are thrown in as well in the form of a USB cable for charging, user manual, as well as a handful of extra parts.

While the kit comes in other colors, there is a general preference for the all-black design (which calls to mind a certain iconic Star Wars villain). The build feels solid, with its curved leather grip and rounded edges considered. The wave-like, irregular corrugation on its glossy side immediately stands out as well. The mod and its screen have a hybrid retro/modern feel to it.

Is the Battery Worthy of Powering This Solid Kit?

The Reuleaux Tinker 2 powered by high-rate 18650 batteries and max output 200 watts, a push is sometimes needed to secure set the battery firmly in place. 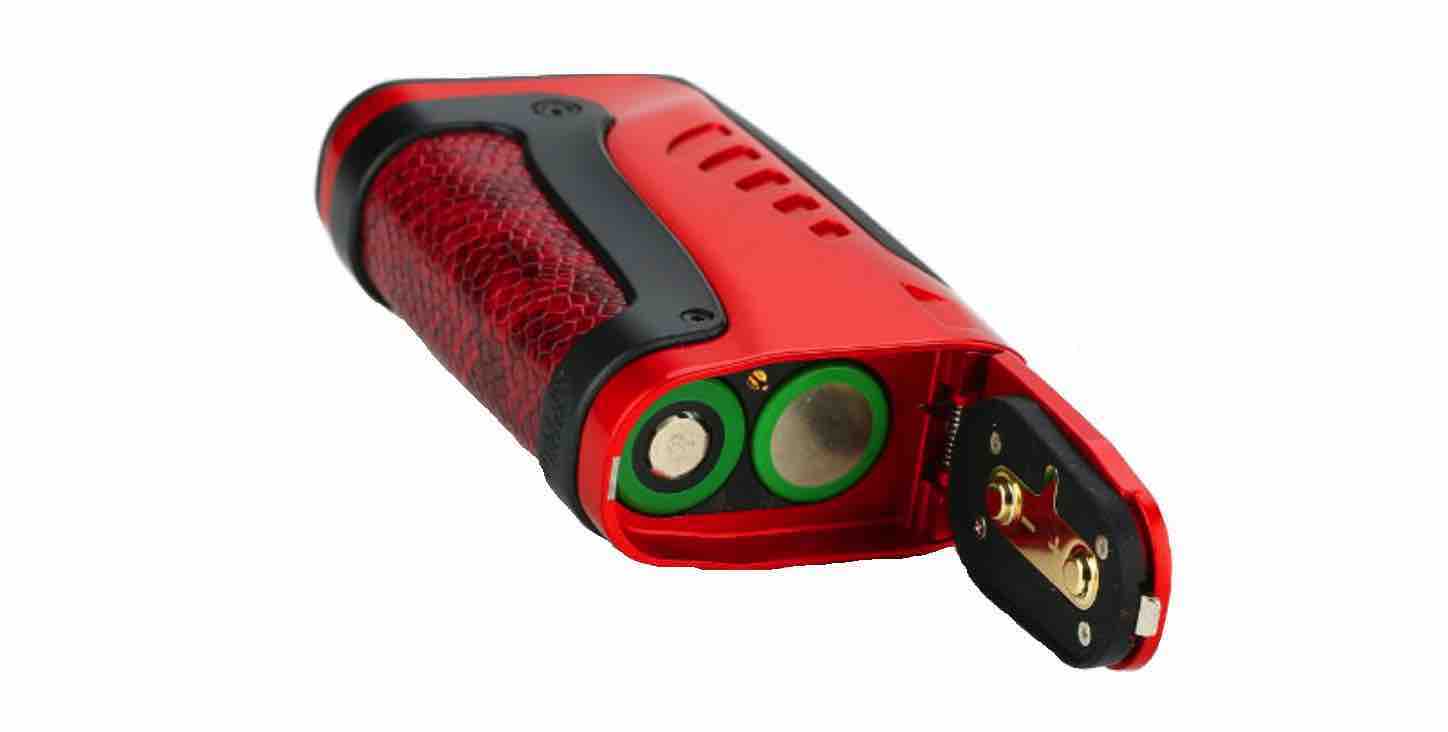 Overall, it can fulfill its function quite good. There is no certain set time on how fast the battery charges, but with a maximum charging current of 2A, expect this to charge quicker than most.

How long do the coils last?

With the recommended wattage settings mentioned above, expect the coils to last for an entire day of battery life even with continuous vaping. Any higher wattage setting could result in the coil drying out quicker. This is undoubtedly a satisfying coil life for a sub-ohm tank and plenty of regular vapers out there.

Instructions on How to Use

There is not much difficulty in starting up the mod. After placing the two cells, start up the mod by clicking the firing button five times. Afterward, the main screen will appear, displaying all pertinent information. From this screen, settings and sub-parameters can be accessed and modified just by clicking on the two buttonsdesigned to make those adjustments. 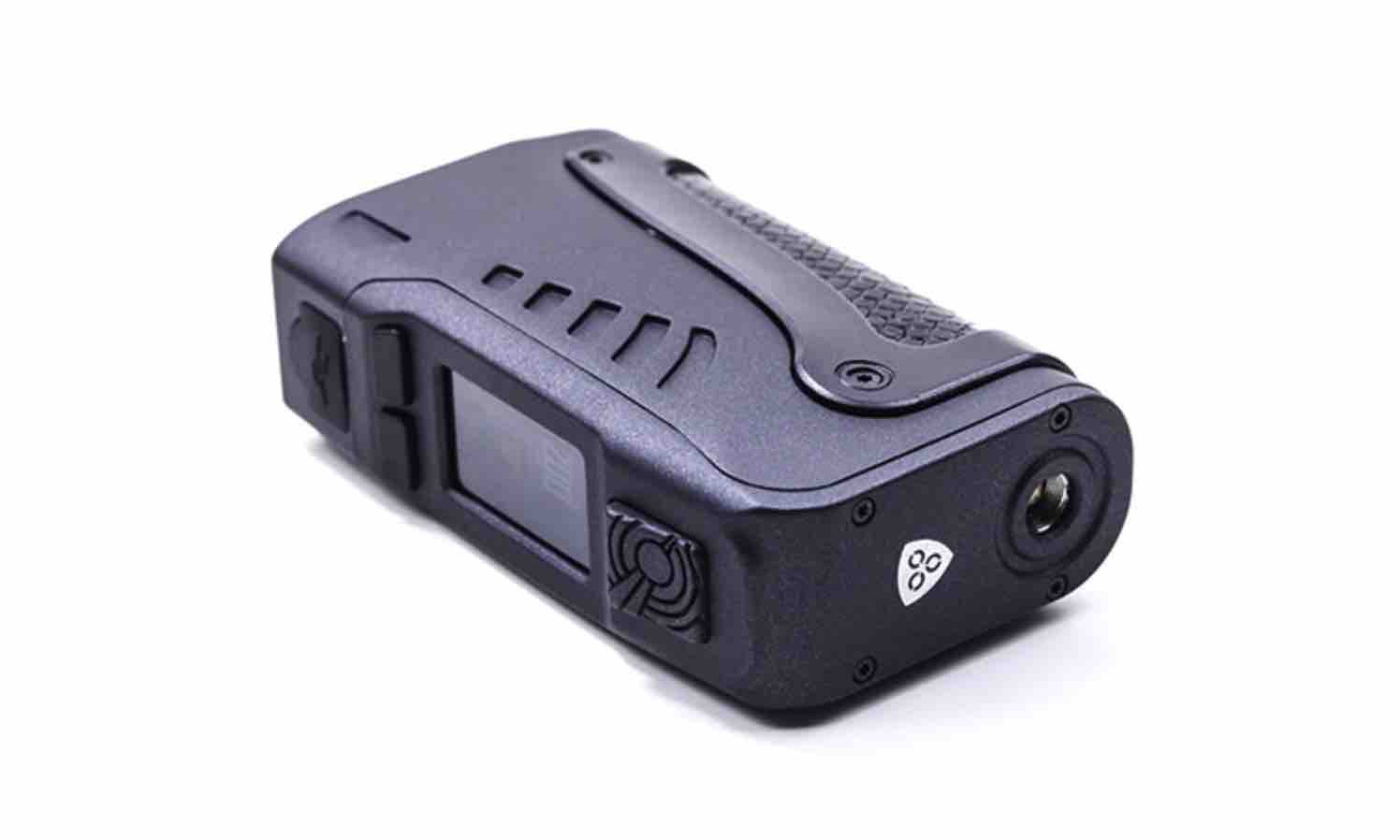 Hold down on the left button to increase parameters like ohm, wattage, time, temperature. These buttons are necessary for navigating through the menus as well. The third, firing button also serves the apparent purpose of igniting the coil by holding it down, besides booting or turning off the mod.
After the preferred configurations have been set, the atomizer can now be attached and the airflow slot adjusted. The Wismec Reuleaux Tinker 2 fires up quicker compared to most kits.

Can the Tinker 2 Stand Up to Its Competitors?

The Wismec Tinker 2 vs. Aegis Legend

The Reuleaux Tinker and Aegis Legend have similar design and features (like the fact that both have 200W dual 18650 batteries), but the Aegis Legend can support bigger atomizers because of its bulkier build. 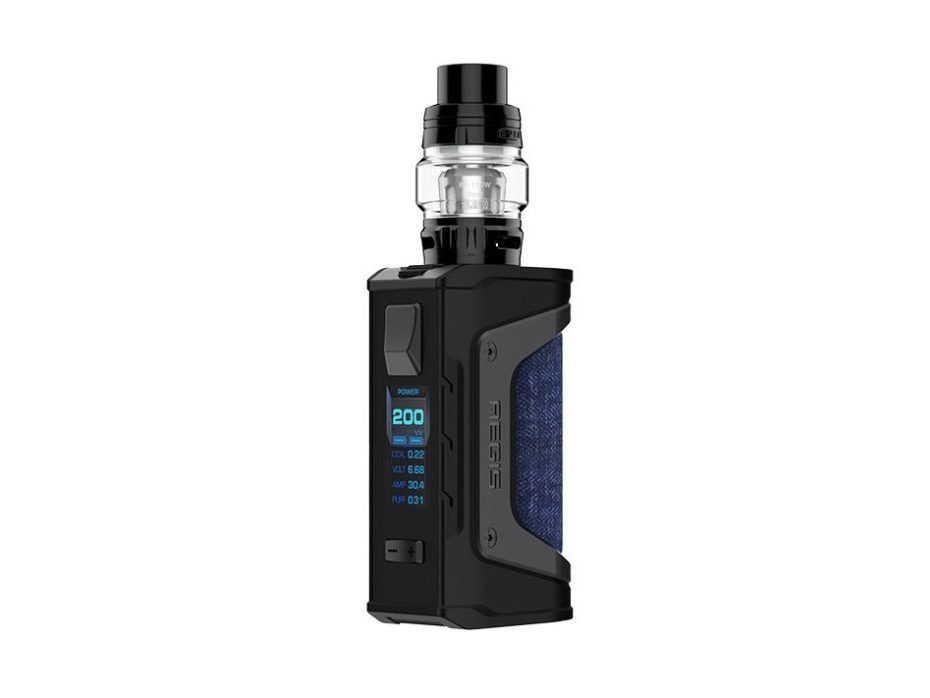 The dark screen of the Wismec Tinker 2 kit also makes the Aegis Legend outshine it.

It’s not for nothing that the Tinker 2 is largely considered as an improvement in Wismec box mods. The Reuleaux Tinker has a slight edge over the Tinker 2 when it comes to battery life, though, because the former is a three-battery mod. 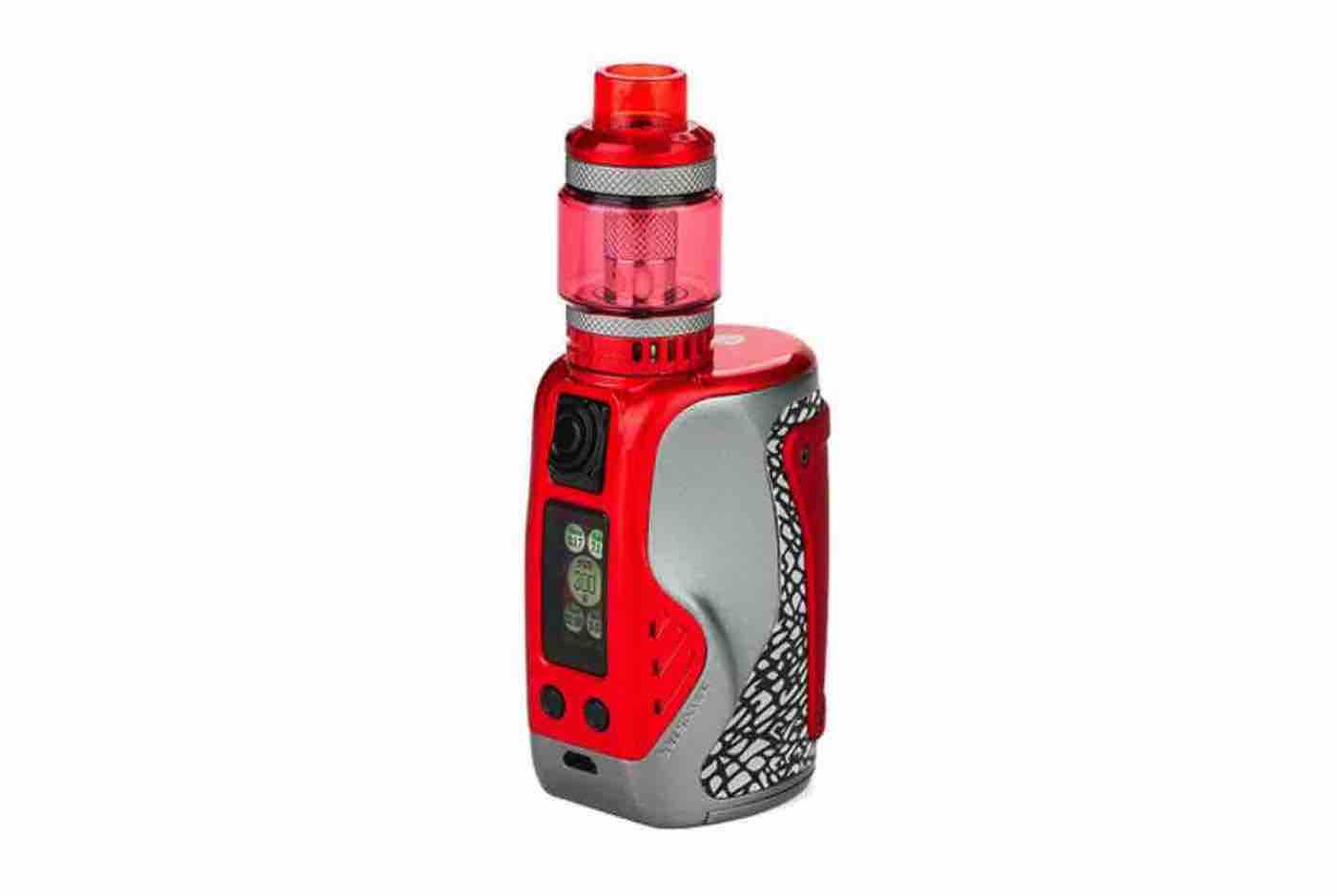 At most, it can last a day and a half. Since it’s made by the same company, the two mirrors each other in terms of tank capacity (both 6.5ml) and what’s included in their respective starter kits.

But, since the Reuleaux Tinker 2 primarily serves as an evolved form of the original Tinker, it is arguably the superior incarnation.

Wrapping Things Up for the Tinker 2

The Reuleaux Tinker 2 is definitely recommended for experienced vapers, whether these vapers prefer to chain vape or heavy vaping for consecutive days. The mod is undoubtedly stand out because of its durability.

The TC box mod of this waterproof kit is all vaper needs to customize your vaping experience to achieve maximum satisfaction. The mere fact that there is greater freedom in setting sub-parameters speaks volumes about Reuleaux Tinker 2’s goal of helping people achieve draws that really hit the spot, to say the least.

So what do you think about new Wismec Tinker 2 after learning all of this? Does it fit your tastes in design and usability? That said, should you decide to give Tinker 2 a try, please do not hesitate to share your thoughts. 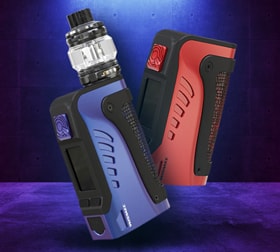