Illegal Vapes Seized by US Customs Headed for Destruction 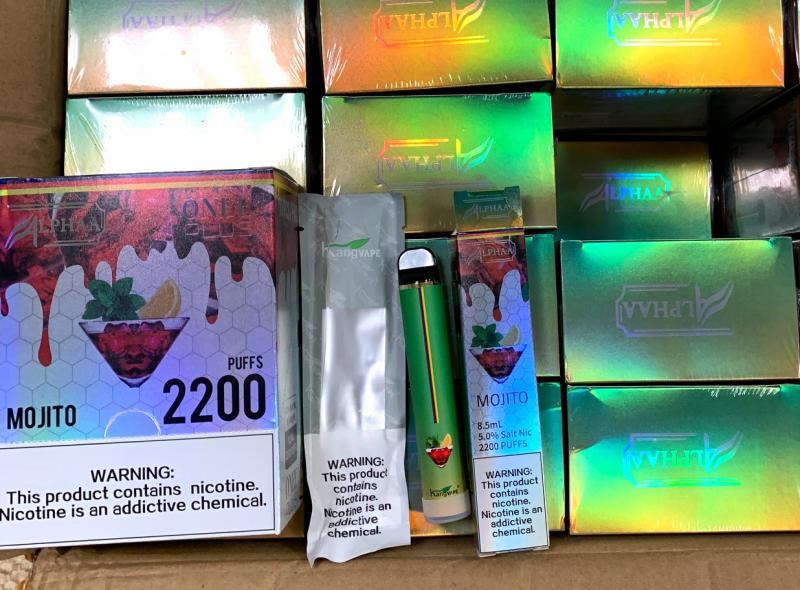 More than 86,000 unapproved flavored vapes (estimated $1.72 million) were seized by U.S. Customs and Border Protection (CBP) officers at the Port of Lehigh Valley in Allentown, Pennsylvania.

Vapes are considered by the FDA as “misbranded consumer goods being imported by unauthorized agent”.

The shipment had arrived on September 18, was determined on October 6 in violation the code, and as a result will be destroyed.

This could be prevented if the shipped e-cigarettes would comply with US laws.

The US Customs and Border Protection Service announced last Thursday that they had intercepted illegal Chinese vapes destined for the US market. The seizure is the second in recent weeks.

Both seizures took place in Pennsylvania. The first being in the Port of Pittsburgh and Philadelphia. The second occurred at the Port of Lehigh in Allentown.

Customs officials began seizing shipments of unapproved vape pods and cartridges this past summer. The agency began enforcing the FDA’s Deeming Rule, in earnest, when the rule became law.

Any vaping product that was not on the market before the August 2016 cutoff date must seek approval from the FDA to enter the American market.

What Did CBP Seize?

The illegal vapes that were seized originated in China. The vapes seized in Pittsburgh and Philadelphia were from China and Hong Kong. The vapes – empty pod-cartridges, to be specific – were all destined for addresses throughout the state. The pod cartridges were all to be sold under different brand names.

CBP agents acted on behalf of the FDA. Inspectors with the FDA later inspected the cartridges and deemed them illegal under the Food, Drug, and Cosmetic Act for being

“misbranded consumer goods being imported by an unauthorized agent”.

The pods were manifested as “LED lights”, which is what brought the charge of “misbranded goods”.

The most recent seizure of pod vapes from China came this past September. Flags were raised when agents at the Port of Lehigh noticed a shipment of “LED lights”. When the agents reviewed the cargo, they found close to 200 boxes of pod cartridges. The boxes were all headed to an address in Northampton, Pennsylvania.

On Wednesday, CBP officers at the Port of Lehigh Valley seized more than 86,000 unapproved flavored vaping products worth $1.7 million. The @FDA determined the shipment violated the FD&C Act as misbranded consumer goods by an unauthorized agent.

The pods numbered 86,000. The brand name of the pods is the Alphaa Onee Plus. The company is accused of trying to sell unauthorized e-cigarettes in the US. Unlike with black market vapes that are made with no oversight and are sold illegally, these pods were classified as gray-market devices. This means that they are sold by local retailers, taxed, but do not meet any federal regulations.

What Are Gray Market Vapes?

Gray market vapes exist somewhere between the black market and the regulated market. These vapes do not have the FDA’s approval to be sold in the US. They are nevertheless sold under the radar, as they are often imported into the country from other countries. But just because they are available for purchase does not mean that they have the FDA’s approval.

The owner of Puff Bars, which many claimed found a loophole in the federal flavor ban for being disposable, was also cited by the FDA.

The FDA eventually closed down Cool Clouds Distribution, which was the US distributor of the Puff Bars. It also cited its owner, CEO Umais Abubaker, but the brand continues marketing and selling their products.

A New Era in Enforcement

These recent seizures of illegal vapes at ports of entry across the US represent a new era. The FDA is coming down hard on contraband vapes that have not applied for Premarket Tobacco Approval. The rule went into effect this past fall.

The first vapes from China were also seized at that time. The seized pods will be destroyed per the agency’s rules. No one has been charged with a crime, but the seizure is not likely to be the last now that the laws have changed in the US.