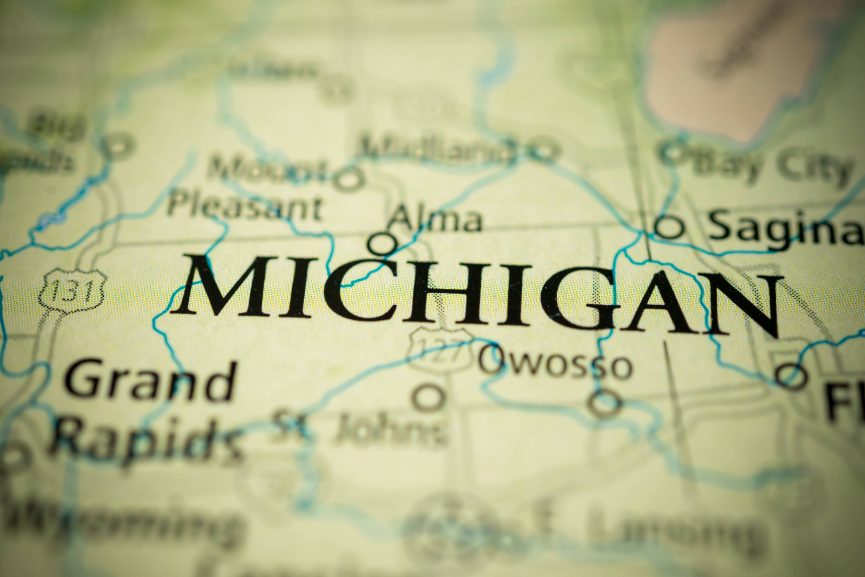 The Governor of Michigan Gretchen Witmer has again proposed a permanent ban on flavored e-cigarettes in her state. The move comes after her temporary emergency ban brought on by the EVALI crisis was overturned twice, once by an appeals court and once by the State Supreme Court. Governor Whitmer has introduced a new rule via the rules-making process of the Michigan Department of Health and Human Services that would ban the sale of flavored vape products, even if they have pre-market approval from the FDA. What’s behind this rush to enact this legislation, find out more about it here.

The Reasons Behind the Proposed Vaping Ban

Governor Whitmer has been at the forefront of calling for a permanent ban on flavored vaping products ever since the beginning of the EVALI outbreak in late 2019. Her state was one of the first to enact a temporary, emergency ban on the sale of flavored e-liquids. She even sought to extend the ban or make it permanent, but she was stopped by both the Michigan Court of Appeals, as well as by the State Supreme Court.

So what is the Governor’s impetus to revive her failed campaign to undemocratically ban much-needed flavored products from her state? The answer has to do with the Governor’s larger political ambitions more than anything. She perhaps feels that enacting a flavor ban, which goes against the majority of the will of Michigan voters will enhance her profile with the kingmakers in the national Democratic party.

The Big Money Behind the Proposal

There is no bigger Democratic kingmaker than former NYC mayor and billionaire Michael Bloomberg. Bloomberg’s non-profit foundation Bloomberg Philanthropies spent an astonishing $160 million on trying to pressure local, state and even the federal government to ban flavored vape products.

This was after he gave a record $1 billion to anti-tobacco causes, which he tied in with vaping, as similar scourges on society at large. Bloomberg ran a failed presidential campaign this year but he remains active in politics as a major donor for potential candidates and causes who want to reach the national level, candidates like Governor Whitmer.

More Organizations Behind the Proposal

In an attempt to raise her profile and get on Bloomberg’s good side, Whitmer has sought to out-do her fellow Democratic Governor and potential national candidate Governor Andrew Cuomo of New York. Cuomo has also come down hard on the vaping industry, especially after the EVALI outbreak.

The New York Democrat stopped short of an outright ban, but he signed a law raising the minimum age to buy flavored vape products to 21. Cuomo and several NY state legislators did mull an even more restrictive ban that would’ve outlawed all electronic vaping devices in the state, but that proposal was quickly shot down.

Cuomo was invariably influenced by the former New York City mayor, along with Matthew Myers, the president of the Campaign for Tobacco-Free Kids, which has received major funding from Bloomberg. Myers, along with Bloomberg, even penned an op-ed for the New York Times that called for a total ban to “protect our children”. The opinion piece also explicitly tied vaping to cigarettes and Big Tobacco.

There is no doubt of the connection between the Campaign For Tobacco-Free Kids and Whitmer. The organization recently awarded the Governor the Champion Award at its annual awards ceremony this past September. The Governor was commended for her swift action against the “youth e-cigarette epidemic”. And where there is CTFK, Michael Bloomberg cannot be too far behind.

The organized campaign to implement a ban seems like such a waste of so much talent and resources to be directed toward it. Especially since studies have shown that such bans are counter-productive, and do more harm than good. One study published in the Harm Reduction Journal found that

“Restricting access to non-tobacco e-cigarette flavors may discourage smokers from attempting to switch to e-cigarettes.”

As with other potential flavor bans, there is still time to take action. The Michigan Department of Health and Human Service is going to hold public hearings to hear comments from the vaping public, which is the perfect time to show up and make your voice heard. The final decision will not even be made by the DHHS, but by the Joint Committee on Administrative Rules.

I see @GovWhitmer and @MichiganHHS are working on a permanent flavor ban. @MichStatePolice better gear up for the deadly, #PureMichigan black market that a flavor ban WILL create. Armed robbery over black market pods coming to Michigan, courtesy of gov't and public health. https://t.co/VAqZggmenm


For Michigan residents opposed to the ban, make sure to contact your state representative. Let them know how flavored e-cigarettes have helped you put down combustible cigarettes. Tell them that a flavor ban is a potential health risk, as it will lead people to go to unregulated sources or even go back to tobacco cigarettes as a result.