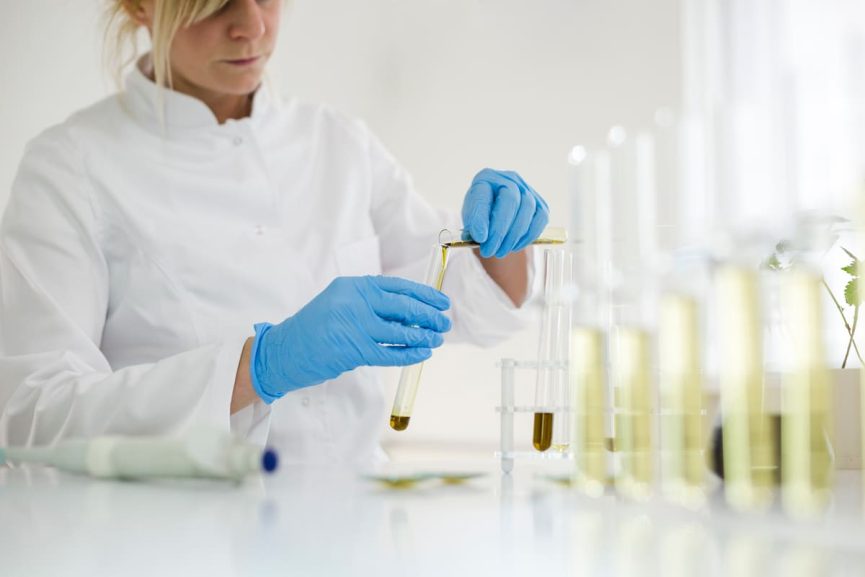 The Food and Drug Administration has warned of potential negative long-term effects of prolonged CBD use.

In a new press release, the agency stated that it is researching how hemp extract can adversely affect liver and male reproductive function when taken in high doses. Since hemp was legalized in 2018, CBD has been marketed as a cure-all for everything from anxiety and depression to insomnia and muscle pain.

However, there is little evidence to support those claims, which prompted the agency to warn consumers against adding the compound to foods and beverages.

The Potential, Harmful Side Effects of CBD

According to the FDA, cannabidiol, or CBD — a naturally occurring substance found in hemp and cannabis plants — has the potential to cause harm. The agency has explicitly pointed to the damage CBD can cause to the liver and the fact that mixing it with alcohol and other prescription drugs can cause adverse reactions.

CBD has no intoxicating effects like tetrahydrocannabinol or THC, the drug in marijuana that makes people high, but it is believed to have other, mostly beneficial, properties. That’s why it is a surprise that the Food and Drug Administration is sounding this new alarm.

After the production, distribution, and consumption of hemp and hemp extract became legal in 2018, new CBD-infused products flooded the market. Consumers could take pure CBD from oils, liquids, and tinctures, eat a CBD gummy, or drink a CBD-infused seltzer.

These products are not regulated by the FDA or any other regulatory agency, and manufacturers were entrusted with ensuring the safety and purity of their products.

Unfortunately, the hands-off approach meant manufacturers started to make unsubstantiated claims about their products while also misleading consumers into believing there was no harm in taking CBD.

In its press release, the agency also stated that it has only approved one CBD-based product, an anti-seizure medication to treat Lennox Gastaut or Dravet syndrome called Epidiolex. In fact, it was during the marketing application for the drug that the agency discovered the possible risk to the liver.

Bottles of Epidiolex made from cannabis at GW Pharmaceuticals. The drug was in June approved by the FDA after 5 years of research, the first cannabis plant-based drug to win such status. It could go on sale as soon as Thursday.

However, the agency stressed that years of research went into approving Epidiolex, and the drug’s benefits were much more significant than any possible side effects.

CBD is gaining some gold ⭐ in #Epilepsy treatment research.

But the same cannot be said of commercially available CBD products, which is why the FDA issued the warning, so consumers are fully aware of the risks and unknowns of prolonged CBD use.

Epidolex is not an easy-to-get drug, though.

My daughter's anti-seizure med Epidiolex ran out last week. She's had 4 seizures since. Yet after 11 calls @cvspharmacy in the past week 3x w/ @ExpressScripts + 4x w/her doc, no one has a straight answer why it can't refill it and I'm ready to burn the world down #epilepsy

Can CBD Hurt You?

The FDA states that CBD has the “potential” to harm you, but that is only in rare cases and in people who take very high doses over a prolonged period. The agency did not mention what effects moderate or casual use of cannabidiol has on the human body. However, it still cautions people to consult with their doctor before beginning any regimen, including CBD.

While the report states that CBD has the potential to interfere with other medications, it does not say that the form of the extract is a significant factor in whether or not it does interfere with other medicines. For example, inhaled hemp extract enters the bloodstream faster than a topical cream or edible, the latter of which has to be digested, so it takes longer to take effect.

CBD seems to have therapeutic effects when taken in these non-invasive ways. Several recent studies have shown that hemp extract positively impacts people with depression and anxiety and even has antioxidative and anti-inflammatory properties.

CBD can act as an alternative to prescription drugs with much harsher side effects if taken in moderate doses and cleared by a physician.

There was a mixed reaction to the FDA’s press release on social media, with some users praising the agency’s decision while others believed it was overkill. One post from upLVL, a cannabis consulting company, saw the writing on the wall. It tweeted back in September that the agency was “quietly targeting” CBD companies but did not give any more details.

The FDA Is Quietly Targeting CBD In 2022 "Warning Letters are a fairly minor enforcement action. However, the FDA also has the authority to levy fines and even refer cases to the Department of Justice" https://t.co/PvRVJD168l #CBD #FDA

While the FDA has issued warning letters to companies that have been negligent or misleading in their health claims, they did not single out any one company this time.

Instead, it only made mention of the potential side effects of taking high doses of hemp extract for an extended period.

Informing and protecting the public is what the FDA is supposed to do, and it is right to warn people of the potential side effects of CBD like it would with any other popular food, cosmetic, or medicine. However, it is important to understand that side effects are common to almost all medicinal or therapeutic products and do not make them unsafe.

No one is denying that there is a potential risk to taking large amounts of hemp extract over a long period, but other factors need to be considered. The method, form, production, and purity of the product play an important role in whether it can cause harm or not.

If consumers take an appropriate dose cleared by their doctor, there should be minimal risk in using CBD.