Election 2022: Voters To Decide on New Vape Taxes and Cannabis Use 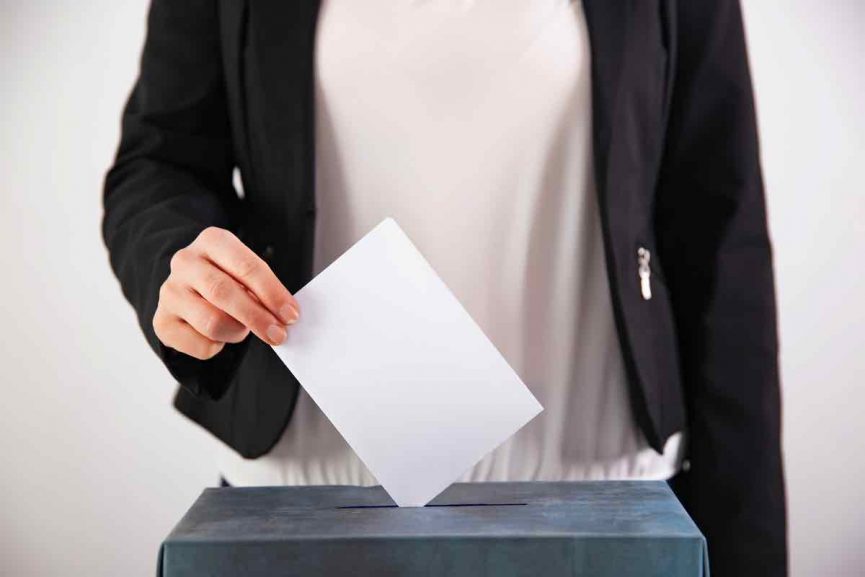 The 2020 Election promises to be one of the most contentious in history but it will also decide on many issues important to vapers. Two states are deciding on new vape taxes. These initiatives are being grouped with higher taxes on tobacco products, in general, which means many voters will be uninformed on the issues at hand. Four other states are going to decide whether to legalize recreational marijuana. Mississippi and South Dakota will decide on whether to legalize medical marijuana. Apart from the hotly-contested Presidential election, voters will also be deciding on the make-up of the Congress, which will be important for future vaping legislation.

A Look at the Issues

The 2020 Presidential election is shaping up to be one of the most potentially divisive ones in history. There is, of course, the central contest to see who will occupy the White House for the next four years, but there are other down-ballot issues that matter just as much.

People will not only be deciding who is the next President, but also who will represent them in the Senate, as well as the House of Representatives. Many of the down-ballot initiatives have to do with proposals to increase taxes, which is something that can only be done at the state level.

Normally, state lawmakers introduce and vote on new proposed taxes, but often, voters also decide on whether the taxes should be levied. This scenario is playing out in Oregon and Colorado. Voters will decide on whether to increase taxes on tobacco and vaping products, which if approved, is sure to spell disaster for small, independent businesses in both states.

The “Green Wave” could also have a domino effect. If voters in all five of those states approve the measure, other states would be sure to follow, possibly leading to federal legalization. Depending on who is elected President, marijuana could also be de-scheduled from its current Schedule 1 classification.

That outcome, however, would only be possible if the Democratic contender, Joseph R. Biden Jr, is elected. Biden, however, has not voiced support for full federal legalization. The incumbent, President Donald Trump, has not signaled any inclination to either decriminalize cannabis or rescind its Schedule 1 classification.

Colorado voters will decide whether to raise taxes on not only tobacco products but nicotine vaping products as well. Proposition EE, as the initiative is called will do the following:

If approved, the new taxes would adversely affect all vape businesses. Users would inevitably turn to out-of-state vendors to escape the taxes. Brick and mortar vape shops would soon close. Tax increases are often popular. Several studies have shown that they tend to lower cigarette consumption.

There are arguments for and against the new taxes. The revenue generated by the taxes would go toward funding educational programs, as well as anti-vaping education. The motivation behind the tax increase is to off-set the damage done to the state’s coffers by the current crisis.

There is another underlying motivation, however. Democratic lawmakers want to deliver on a campaign promise by Colorado Governor Jared Polis (D), who promised to impose universal preschool for all Colorado schoolchildren by 2023.

Oregon voters will decide whether to approve Measure 108, which will:

The revenue generated by these new taxes (90%) is intended to bolster the budgets of the state’s health authority. The new taxes are also supposed to help fund healthcare initiatives on tribal lands throughout the state. The taxes only apply to nicotine vaping devices, as devices for vaping marijuana are exempt, including those that are sold by licensed dispensaries in the state.

The new tax on e-cigarettes is particularly troubling. A temporary flavor ban that was instituted during the EVALI crisis in 2019 was eventually overturned by the Oregon Court of Appeals. But it seems the new strategy of state lawmakers and Governor Kate Brown (D) is to tax the vape industry to death.

Arizona voters will decide for a second time whether to legalize recreational marijuana in their state. The first time was in 2016 when voters rejected the initiative. Proponents of the new bill point to the fact that the first bill did not protect employers enough from the use of employees as the reason why it was defeated.

The 2020 bill will, if approved, allow adults over 21 years of age to possess and use marijuana for recreational purposes. Approval of the bill will also allow residents to grow up to six plants on their property as long as they are locked and kept out of public view. An important add-on to the bill is the Social Equity Ownership Program.

The SEOP would grant people who had previously been unjustly targeted by marijuana possession laws with licenses to start their own businesses. If Proposition 207 passes, the state would impose a 16% tax on all sales, along with the other taxes imposed by the state. Revenue from marijuana sales would go to infrastructure improvements and social justice initiatives.

In a move that is sure to confuse, two measures, Initiative 65 and Initiative 65A, are on the ballot in Mississippi. The two measures have dramatically different proposals. The first, Initiative 65, is a medical marijuana bill that would allow patients with a variety of conditions (22 in total, among them, Parkinson’s disease, HIV-AIDS, cancer, ALS) access to cannabis.

If approved, the bill would give doctors the right to prescribe their patients with qualifying conditions marijuana. Licenses would also be issued by the State Department of Health to businesses that are approved to provide marijuana to qualified participants.

Opponents of Initiative 65 argue that it is akin to legalizing recreational marijuana. They have blasted the program, as a threat to public safety and that it would make marijuana accessible to anyone who wants it. They also argue that it would protect marijuana businesses from litigation as, if approved, the Initiative would become a part of the Mississippi State Constitution.

Opponents of 65 support the doppelganger bill 65A, which would legalize medical marijuana under a very strict regime. 65A would allow the use of medical marijuana for only a specific group of patients, such as those who are terminally ill. 65A would also restrict the number of dispensaries that could operate in the state and create a state registry of qualified patients.

Voters in Montana will also decide whether to make recreational use of marijuana legal in the Big Sky state. The first initiative (I-190) would make adult-use legal for people 21 years of age and older. People would be restricted to possess a maximum of 8 ounces of marijuana leaf or concentrates.

Residents of age would also be permitted to grow eight plants (four fully-matured and four saplings) on their property provided they are kept under lock and key and away from public view. The second initiative would shore up the first measure in the State’s Constitution. Constitutional Initiative 118 (CI-118) must pass first so that I-190 can become law.

CI-118 would also allow the Legislature to set the age limit for the use, sale, and cultivation of marijuana in the state. The push to legalize recreational marijuana, like the ballot measure to legalize medical marijuana in Mississippi, is citizen-led. This means that state lawmakers must first approve whether to adopt the legislation so they can amend the constitution.

New Jersey Voters To Answer Yes or No To Marijuana

Voters in New Jersey have a simple choice before them in the 2020 election. Public Question 1 poses the question of whether to legalize recreational marijuana in the state or not. The question clearly states what is at stake and what would change if voters choose either “yes” or “no” to the question.

If voters choose “yes”, then cannabis would fall under the jurisdiction of the already existing Cannabis Regulatory Commission, which was created last year when voters approved a measure to legalize medical marijuana in the state. The Commission would oversee the cultivation, processing, distribution, and sale of cannabis in licensed dispensaries throughout the state.

Along with the legalization aspect, approval of the measure would also open a path for those convicted of marijuana crimes to have their records expunged. The measure has broad support throughout the state. Even Governor Phil Murphy (D) supports the passage of the measure. In an op-ed, Governor Murphy wrote about how recreational marijuana would:

free up police resources to focus on serious, violent, and unsolved crimes and reinvest those saved dollars into social services.

The details of how recreational marijuana would take hold in the state remain murky. As the intricacies of the program will be decided by the Regulatory Commission, there is little chance that they will listen to public input. Local municipalities will also have the opportunity to set their own tax rates on the sale of cannabis.

What is clear from Public Question 1 is the rate of state sales tax that would be imposed (6.625 percent). Again, the State Legislature is prohibited from imposing further sales taxes, but local jurisdictions will be given the power to add additional taxes to the marketplace if they so desire.

South Dakota May Go From Strict to Legal

The two measures are part of a strategy to prevent state lawmakers from gutting the provisions in either bill. The citizen-led initiative seeks to keep the medical marijuana bill being overregulated by lawmakers who are opposed to both medical and recreational marijuana. Passage of both measures would mean that the Department of Health would have to establish guidelines on things like allowable amounts and who can qualify for medical marijuana.

All recreational marijuana sales would be subject to a 15% sales excise tax. If approved, revenue generated by this tax and possibly others would send close to $30 million annually to the state’s coffers. The extra revenue would be split evenly between funding public schools and for the state’s rainy day fund.

Groups opposed to both bills include the South Dakota Chamber of Commerce as well as the State Medical Association. The latter posits that there are already enough THC-infused medications that are FDA approved and have the same effect as smoking or vaping cannabis. They also warn that legalized medical and recreational use could lead to more traffic fatalities and cases of public impairment.

Voters in several states have many issues to decide on, the most important of which is who will be the next President. The rundown here is to inform as many voters as possible about what’s at stake in their local jurisdictions. Voters interested in what other measures are on the ballot in their state should read their ballots carefully (whether in-person or mail-in ballots) to make sure that they have answered all questions and voted for all measures included.