Vape UAE Updates: Will UAE Lift Its Ban On E-Cigarettes? 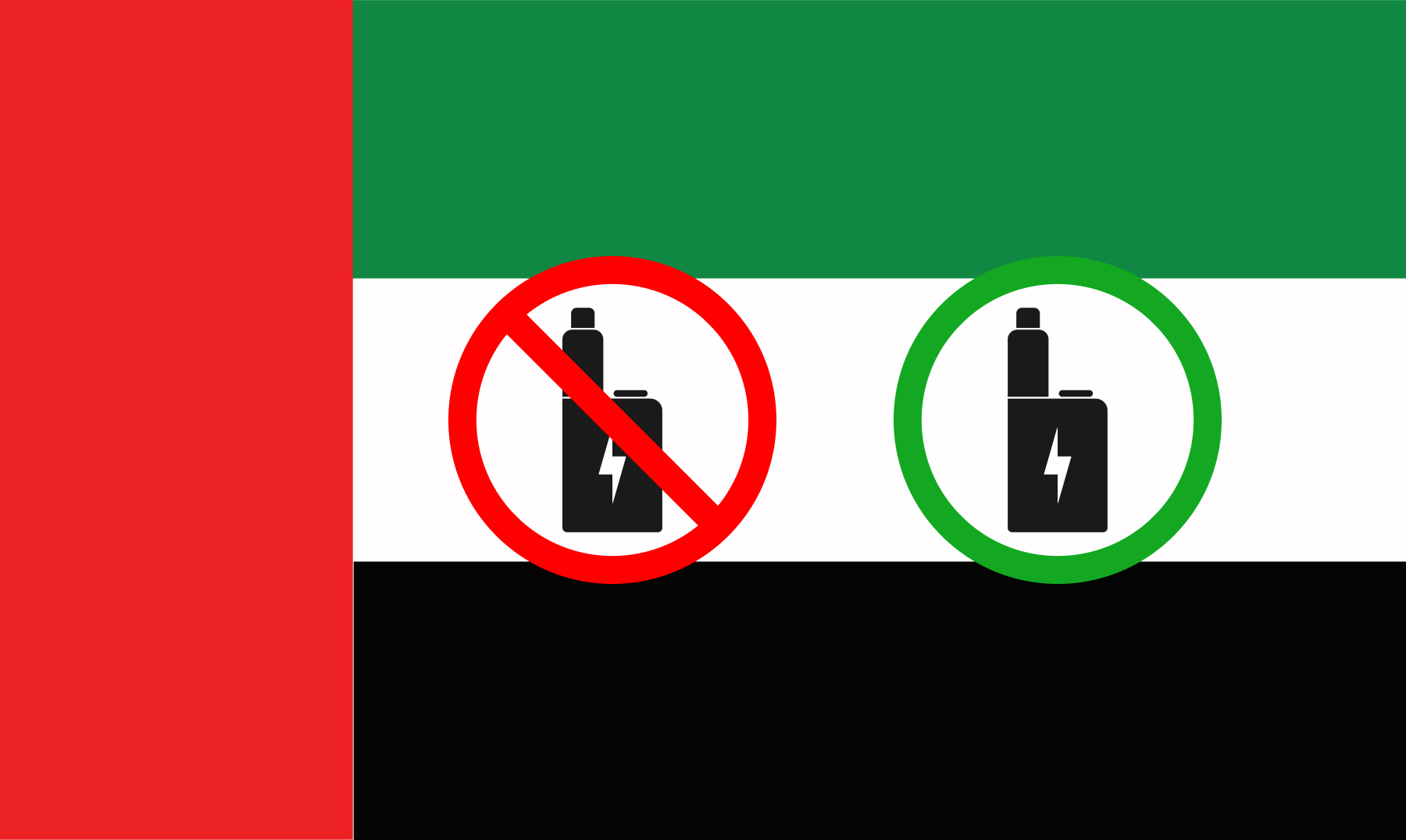 Vaping laws in the United Arab Emirates are confusing and full of loopholes, making it difficult for users to find out what is truly illegal and what is simply frowned upon. Read on to find out the facts.

Reasons Behind the Ban

The UAE bases its banning of e-cigarettes and vaporizers off of the World Health Organization’s statement that there is no evidence that vaping is not harmful to a person’s health.

The ban extends to the country’s ports, with Dubai airport well known for confiscating e-cigarettes and vaping kits off travelers entering the country. The country is even working on laws that would force anyone smuggling the devices into the country to face criminal charges.

Despite this heavily enforced ban on e-cigarettes and vaporizers, the vaping industry in the UAE is still thriving, with many residents able to procure vaping kits with relative ease.

However, it is unclear if citizens are able to smoke in public, whether they use cigarettes or vaporizers. The public smoking ban was put into place in Abu Dhabi, the UAE capital, in 2009, but recent reports have found certain shopping centers allow violations of the indoor smoking ban as well as allowing patrons to smoke at the entrances to shopping centers.

“If something is illegal to buy and to import or bring into the country, that would lead me to believe that the item itself is illegal to use. Yet people tell me e-cigarettes are okay for personal use. I get mixed feedback, but nothing is concrete.”

Reddit users are similarly confused, with some saying they’ve never experienced any issues vaping in public in the UAE as long as they stick to designated smoking areas, and others citing the potential for a Dh 2,000 fine or even deportation.

The UAE could be set to lift its ban on e-cigarettes https://t.co/m7rjtlmUsh pic.twitter.com/BPDREHLWaM

Contributing to the confusion over vaping culture and access in the UAE are recent mutterings that the government is considering rethinking its harsh stance on the practice.
The Emirates Authority for Standardisation and Metrology was reviewing data on alternative tobacco products to help inform a decision on potentially lifting the ban on e-cigarettes.

Vaping as it stands today in the UAE is illegal, and selling it will result in the seizure of the products and a massive fine. Whether it is legal to vape in public is unclear, but user forums like Reddit provide answers from locals who can help those interested in vaping in the UAE find out the best places to do so.