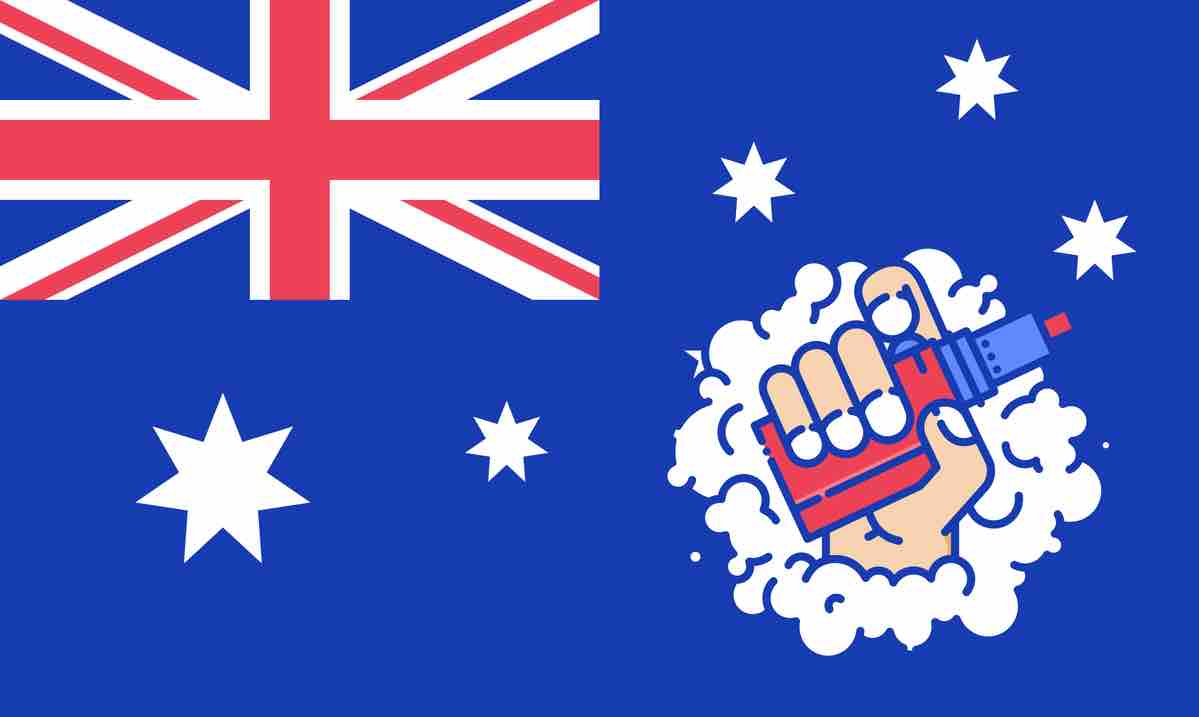 Australia appears to have softened its stance on e-cigarettes. Last week, Greg Hunt who is Australia’s Health Minister said that an independent inquiry would be constituted. The inquiry will be mandated to study the health effects associated with the use of nicotine e-cigarettes.

Some positive movement towards the legalisation of #vaping in Australia. Last week, Liberal MPs have forced @GregHuntMP to commission research on the potential health benefits of #ecigs, just 6 months after an inquiry opposed their legalisation.https://t.co/Qpal0a9BE9

Currently, there exists a ban on nicotine vape refills but vape devices are legal. This is because Australia has classified liquid nicotine as a poison.

The move to constitute an inquiry into the impact of nicotine e-cigarettes comes after a long quest by the Liberal Party Members of Parliament to have the existing ban lifted. Most recently, the MP for New South Wales who is also a member of the Liberal Party triggered a discussion arguing that there is more support in the government now to make nicotine e-cigarettes legal. The New South Wales MP, Trent Zimmerman had chaired an inquiry in parliament that sought to investigate the use of electronic cigarettes.

After the inquiry by the committee, Zimmerman went ahead to produce a report that had a majority of the health committee members dissenting from his own position.

This was a rare occurrence. His argument was that there was a need to avail e-nicotine products as consumer products.

The Committee has been presented with starkly conflicting views during this inquiry and I respect those Committee members who have formed different judgements to my own. I do, however, strongly disagree with the conclusions reached by the majority of my colleagues. Zimmerman wrote.

All these sentiments were expressed after a yearlong inquiry by The Standing Committee on Health, Aged Care and Sport that came up with several recommendations:


During the inquiry, views were collected from different stakeholders that included tobacco companies and medical practitioners. Most of the evidence indicated that e-cigarettes were less harmful than conventional cigarettes in terms of the impacts they have on a user’s health. Despite this, there were concerns over the long-term impacts of using e-cigarettes. This sounded like a valid concern since e-cigarettes have only been in use for a few years. As such, there is not a lot of statistical data that can be relied upon to make conclusive scientific findings on the impacts of e-cigarettes on the human health.

By revisiting the issue, Zimmerman has finally been able to prevail upon the health ministry to relook into the existing laws governing e-cigarettes. Through the independent inquiry that the ministry will constitute, the debate on e-cigarettes stands a good hearing that will inform the Australian government’s next action on the matter.