Cigarette Debris and Contaminated Resources: Smoking’s Effect on the Environment

The environment is the last thing anyone thinks of when it comes to the negative effects of the tobacco and cigarette industry. Although it is not the first thing people think of, the industry does have a huge negative impact on the environment.

Every step of the process influences the environment. From growing tobacco to discarded cigarette pollution, the process takes a toll on the earth. Smoking is harmful, not only for humans but to animals, plants, and nature. The entire process, from start to finish, impact the environment negatively and needs more attention to stop this issue.

The smoking industry harms nature from the beginning of the process to end. Growing tobacco requires large plots of land. This land is often acquired by chopping down trees to clear out growing-plots.

The practice of clearing out nature for tobacco production is known as deforestation.

Deforestation removes trees and vegetation from a particular area. It is helpful for tobacco growers, but it disrupts the natural ecosystem of the region. When these areas get taken down, the plants become destroyed, animals lose their homes, and soil fertility gets disrupted. 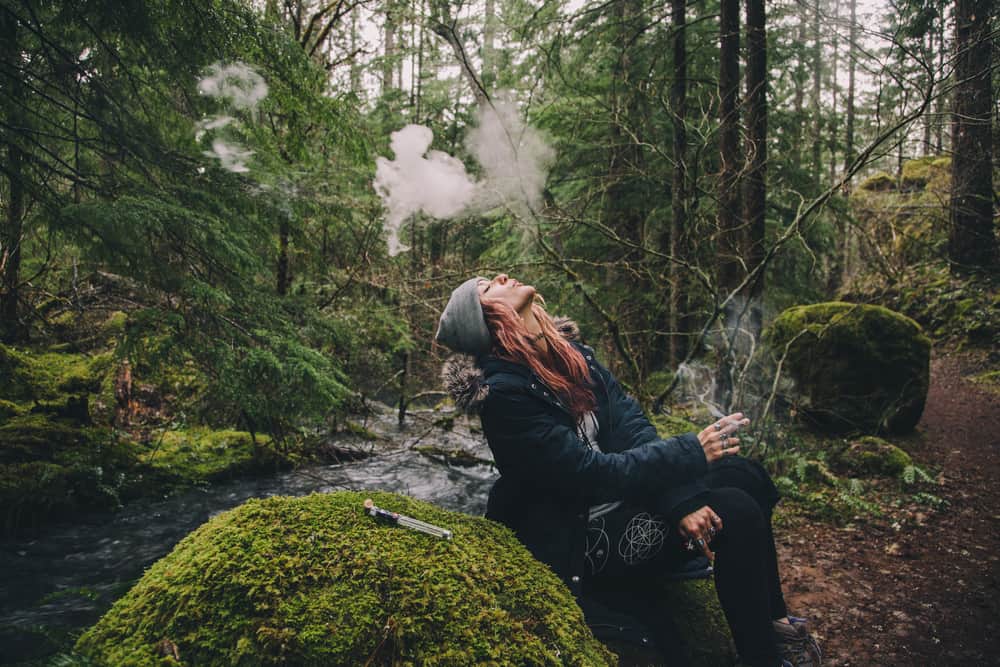 When forests get cleared to make room for tobacco plants, all creatures have to evacuate the habitat they call home. All nests or burrows get destroyed and wildlife have to abandon their habitats. This leads to decreased biodiversity of the ecosystem, as well as the potential for species to become endangered or extinct.

The chemicals act as a poison and could end up killing them. Additionally, this debris cannot be digested by animals. When consumed, the debris gets trapped in the animal’s stomach. This impacts the way the animal eats and can lead to the inability to absorb nutrients.

The land is not the only part of the environment that is influenced by the smoking industry. Cigarette use also has a lasting impact on the world’s waterways. The major cause of water pollution is from cigarette butts. When they do not get disposed of properly, they end up in the water.

When cigarette butts enter oceans, rivers, and other waterways, the chemicals contaminate the water. These chemicals include:

Once contaminated by cigarette butts, chemical levels in water begin to rise and can be harmful to those consuming it. One study found that cigarette butts are one of the largest causes of heavy metal contamination in water. These harmful toxins affect water quality, and they wreak havoc on the waterway’s animals and ecosystems. 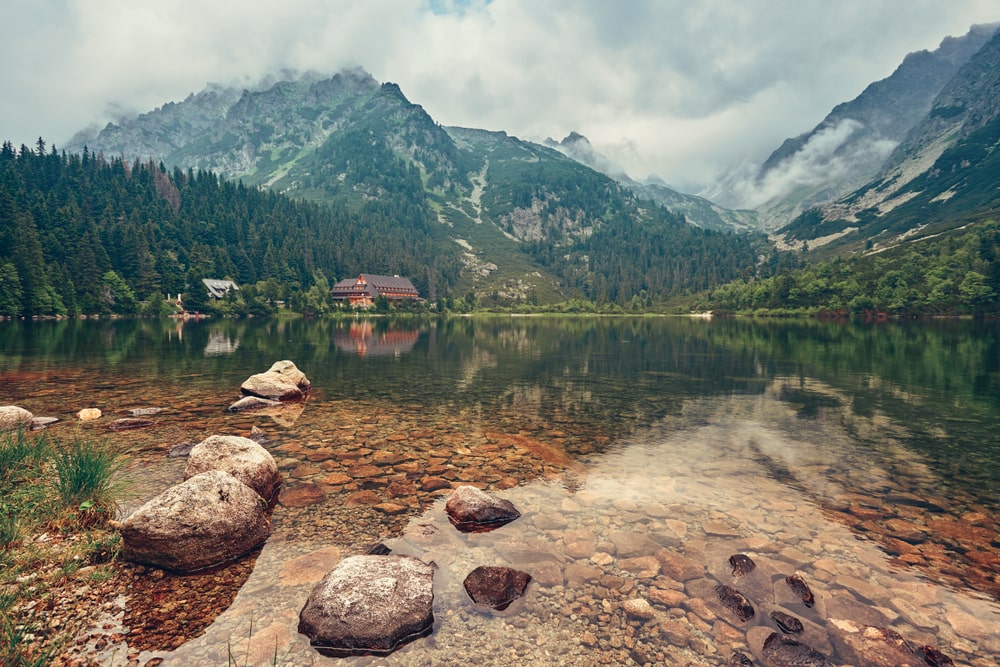 Animals of the waterways take the brunt of the impact when it comes to water pollution from cigarette butts. Toxins such as nicotine, pesticides, and metals seep into the ecosystem. The water then becomes toxic to fish and other organisms in that aquatic ecosystem.

The chemicals from a single cigarette butt release enough toxins to kill 50 percent of fish exposed to it for 96 hours. This study was done with one cigarette in one liter of water for 24 hours.

To get an idea of what that means on a larger scale, there are hundreds of thousands of cigarette butts in the ocean. This pollution soaks for years and releases harmful toxins into the water. When aquatic animals come in contact with the contaminated water, it could kill them. This contaminated water can also destroy coral reefs and other smaller aquatic water-life. Chemicals are not the only way cigarettes impact aquatic animals.

Cigarette butts look like insects, and small fish will consume them because they cannot tell the difference. These butts stay in the animal’s stomach, limiting their stomach capacity and changing their eating habits.

Cigarette litter has a large effect on livestock and farms all over the world. When animals come in contact with this litter (butts, packaging, etc.), there is potential for them to eat it. Ingesting litter is not just a choking hazard for the livestock; it also has the potential to make them sick.

Cigarette butts and packaging contains chemicals and toxins that can be extremely dangerous to anyone who consumes it. When livestock eats this litter, they are exposed to these chemicals, which can cause sickness or death.

Livestock is also affected by cigarette litter on the soil. It works like a domino effect- the litter seeps chemicals into the soil, which poisons grass and other vegetation growing in that area. Animals then eat the chemical filled plants and can fall ill. This is particularly dangerous for grazing animals, who eat a large amount of vegetation from many different areas.

To change the way livestock are affected by cigarette litter, there are a few steps to take: 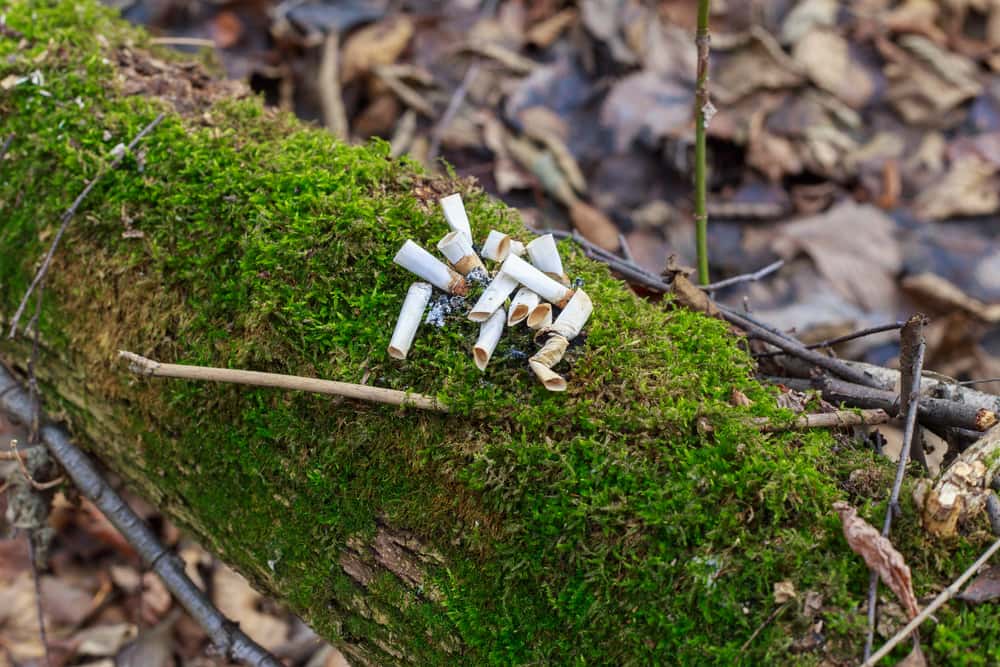 When cigarette litter ends up on the ground, its harmful chemicals can affect the soil. It changes the soil’s makeup and creates an unsafe environment for vegetation growth.

It was found that soil exposed to cigarette waste contained the same hydrocarbon levels as cigarettes. This means that the soil was contaminated with these harmful chemicals. These toxins can make the soil infertile. Crops are almost impossible to grow in areas with this infertile soil. If the soil remains fertile, there is a risk that whatever grows in the contaminated patch will also contain chemicals, making the crops dangerous for consumption.

The cigarette and tobacco production industry can also be harmful to agriculture. Tobacco growing requires heavy use of chemical fertilizers to make the crop grow as fast and large as possible. Heavy use of strong fertilizers decreases the fertility of the land over time.

Fertility is also affected because tobacco is a mono-crop. A monocrop is a crop that is planted on the same patch of land year after year. Monocrops decrease fertility because it weakens the soil and makes it less than ideal for growing. Growing Monocrops is more profitable in the short term, but long term, it makes the soil unsuitable for continued growth.

So What Can We Do?

The environment effects of smoking are disastrous. The tobacco industry pollutes the earth’s land, water, and air and releases toxic chemicals. Plants, animals, and humans all feel the impact of the cigarette industry, and it needs to be stopped.

Try to avoid all smoking in environmentally-sensitive areas, where lit and extinguished butts can cause the most damage. These areas include public parks, beaches, and forests. The best way to stop cigarette pollution is to quit smoking. If fewer people smoked, pollution levels would not be as large, and debris would be less common.

40 comments on “Cigarette Debris and Contaminated Resources: Smoking’s Effect on the Environment”