Don’t panic! You may have heard something about a diacetyl vape being the worst thing since the plague but let’s step back, catch a deep breath, and take an honest look at what is going on here. There is a lot of hyperbole and sensationalism going on from vaping critics. That’s not to say diacetyl is something you should ignore; we are saying let’s introduce some facts and perspective. No sugar coating, just the straight goods.

The media frenzy about diacetyl in e-liquids started with a Harvard University study that found diacetyl in 75% of the e-liquid brands that they tested. We are going to cover that plus how diacetyl gets into some e-juices, what the concerns are, and we will also tell you where you can get vape juice without any diacetyl.

We also want to touch on any risks of vaping diacetyl. Vaping critics and media outlets looking for scary headlines have made diacetyl in e-liquid into proof of the dangers of vaping. The smoking gun they have been looking for! Hold on. Currently, there is no evidence that vaping diacetyl causes disease. Vaping Daily recommends we have an honest discussion. Let’s start at square one. What is diacetyl?

Diacetyl is an organic compound that is a yellowish, green liquid with the chemical formula CH3CO2. It tastes like butter. Along with acetoin, diacetyl is the chemical that gives butter it’s flavoring. In fact, it is a byproduct of the fermentation process that is used to make dairy and other products. For example, you will find diacetyl in alcoholic beverages.

Diacetyl is considered safe for human consumption. Aside from being found in dairy and alcoholic drinks, diacetyl is used as a butter flavoring in other food products. It’s what makes margarin taste like butter. Eating diacetyl is considered to be perfectly safe. Diacetyl is how they get your microwave popcorn to taste savory and buttery. And those delicious buttery fumes from microwave popcorn is where the concern begins.
While you can eat foods that contain diacetyl to your heart’s content, inhaling it is where the trouble lies.

Popcorn lung, or bronchiolitis obliterans, is a severe lung disease. Damage to lung tissue traps air inside the lungs and makes breathing difficult. The name stems from incidents of the disease occurring in workers at a microwave popcorn factory. The CDC determined that the cause was breathing in the fumes of the diacetyl used for the butter flavoring.

The analysis showed that the popcorn factory workers were spending an entire shift in an area where the diacetyl in the air was measured at 18 parts per million. The constant, long-term exposure at that level was deemed to be a health hazard.

As a result of the CDC diacetyl analysis, OSHA instituted provisions for popcorn factory workers to wear protective equipment to avoid inhaling diacetyl. There was also a case of a Colorado man contracting the respiratory disease after eating microwave popcorn every day for ten years. Diacetyl is fine when eaten but inhaling too many diacetyl fumes is another matter.

The connection between inhaling diacetyl and bronchiolitis obliterans is why the Harvard study raised the alarm about a potential diacetyl vape problem in e-liquids.
Popcorn lung is very rare, with only a few cases besides the ones mentioned already, so it seems like the warning against diacetyl from vaping may be premature.

Harvard Study on Diacetyl In E-Liquid

Researchers did not conclude that a diacetyl vape will cause respiratory illness. What they did suggest was that their discovery indicated a need for further study. That is a reasonable position that makes sense. We do need more study on this issue. As a vaper, this is something you certainly deserve to be aware of.

To add some perspective here, studies have shown that when diacetyl has been detected in vapor, it was measured at a high 9.0 micrograms. The diacetyl level found in tobacco smoke has been measured at 335.9 micrograms. Cigarette smoke exposes tobacco users to exponentially higher diacetyl levels than e-cigarette vapor that contains diacetyl.

How Does Diacetyl Get Into E-Liquid

A diacetyl vape is a result of diacetyl being present in the flavoring of an e-liquid. How does that diacetyl get in there? It is in the flavor ingredients. The diacetyl is not a result of the VG, PG, or nicotine. Some flavorings offered by come e-cig companies contain diacetyl. Some of the flavors that have been reported to contain the chemical are cherry, custard, and pastry flavors.

Blending e-liquid is a job for professional chemists and needs to take place in a professional lab. For example, an ISO8 clean room is great, but you can’t put in an ISO8 air filter and think you have a legitimate clean room. A professional lab facility controls the entire air circulation and distribution system. Likewise, blending e-juice requires the attention of a trained chemist. Let me tell you why.

Many small companies and even vape shops are making e-juice. They may be well-intentioned but without the actual expertise required. If they buy bulk flavoring and the ingredient label says “Natural and artificial flavoring,” that may include diacetyl. Some e-liquid companies may not even know they are making vape juice with diacetyl. It takes a chemist to analyze and understand what is in vape juice.

It is easy to avoid a diacetyl vape by choosing an e-liquid that does not contain diacetyl or acetoin. Many of the best vape juice companies offer you plenty of diacetyl free options. And they back their claims with independent lab testing. If you want to be sure you are avoiding vaping diacetyl, look for those companies using professional labs and verified by independent lab tests.

While there is no known connection between a diacetyl vape and lung conditions. But if you have any concern, the good news is that it is easy to avoid. Many of the best vape juice companies do not use diacetyl in any of their products. Also, companies like Halo and VaporFi utilize state of the art lab facilities staffed by professional chemists and technicians. They know what they are doing.

As a consumer, another thing you can look for is transparency. Look for companies that post independent lab reports of their vape juice ingredients. That way you can make sure you are not vaping diacetyl.
In the UK diacetyl is already banned from vape juices and it may be followed in others countries shortly. So vaping without it is not a problem as it is not an essential ingredient in e-juice.

Here are three examples of companies that offer diacetyl free vape juice and publish independent lab reports to verify the quality and accuracy of their ingredients:

Halo vape juices are made in the USA. The lab facility in Gainesville, FL is state of the art. Every batch is recorded and tracked. There are dozens of flavors to choose from. The Halo line of e-liquids consists of tobacco and gourmet flavors. The Evo line of e-liquids are fruit flavors. You can choose the nicotine level and VG/PG ratio.

Black Note e-liquids feature naturally extracted tobacco flavors. The process of extracting flavors takes eight weeks. The tobacco that the flavor is extracted from is grown in various fertile regions around the world. The company posts independent lab reports verifying there is no diacetyl in vaping Black Note.

VaporFi e-juices are made in an FDA registered lab, and every VaporFi formula recipe is on file with the FDA. Total transparency. You can choose the nicotine level and VG/PG ratio. You can also create custom flavors online.

We have come full circle back to the beginning. Is vaping diacetyl safe? It may or may not impact human health. There is no evidence either way regarding diacetyl as a potential vaping risk. It is something to be aware of. As a consumer, you do have the option of selecting a diacetyl free vape. 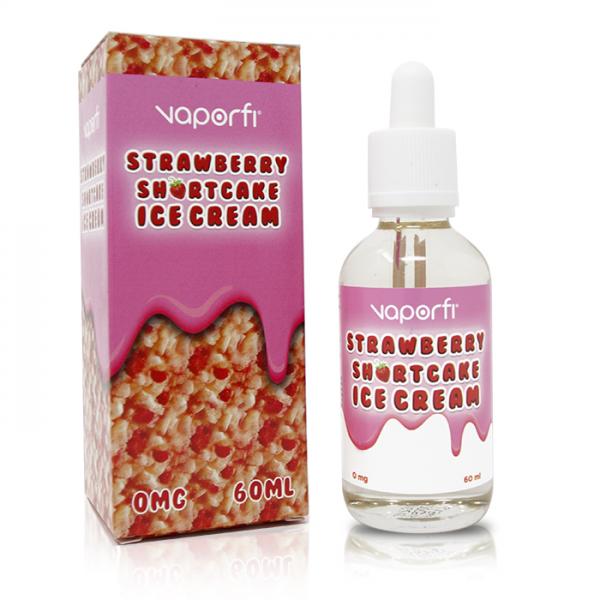 20 comments on “Is Diacetyl Vape Something You Need To Worry About?”