The name Pax is known far-and-wide even though they have only two products. The brand has different classes of its signature products, much like the iPhone has several versions. Here you will find a rundown of all the baseline Pax products, as well as a look at the new star of the Pax brand, the Era, and other Pax-brand accessories. 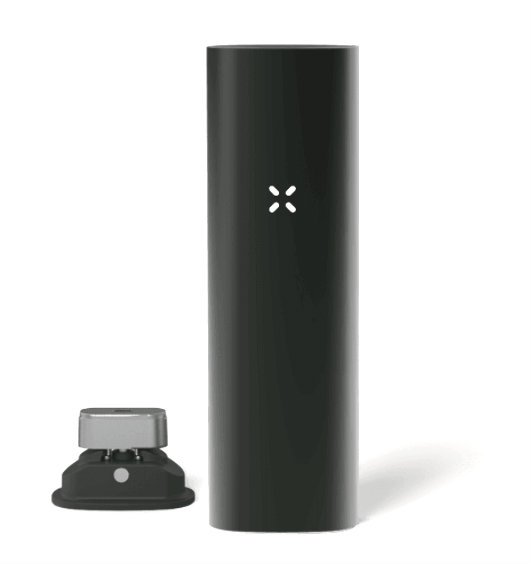 The Pax 3 carries on the tradition of the original Pax device with its slim, portable exterior, but with an enlarged, stainless steel oven, four preset temperatures, Bluetooth compatibility, and larger battery capacity (topping out at 3500mAh).

The 3 has the same bottom-loading chamber sealed with a removable, magnetic lid. Users can opt to buy a Deluxe version of the kit that includes a half-chamber lid to conserve material along with a stainless steel pad for concentrates vaping. The Pax 3 comes in four basic colors, while it still retains the same anodized aluminum build material. Users can either charge the internal battery via the Pax AC adapter or USB charging.

The King of Dry Herb Vaporizing 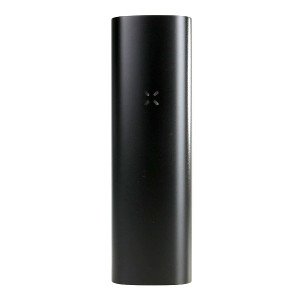 From the outside, the Pax 2 and 3 look identical. The Pax 2 was an improvement on the original device, but it was overshadowed by the introduction of its more technologically advanced brother, the 3.

The Pax 2 features a ceramic-style heating element that takes a little longer to heat-up than the newer version (45-seconds), while the battery capacity is only 2600mAh compared to the larger Pax 3. The Pax 2 was loaded with motion sensors that shut-off the battery to conserve energy when it was not in use. It did not have haptic vibration sensors but instead used the front-facing LED petals to show battery life and temperature level.

The Era Updated with New Features 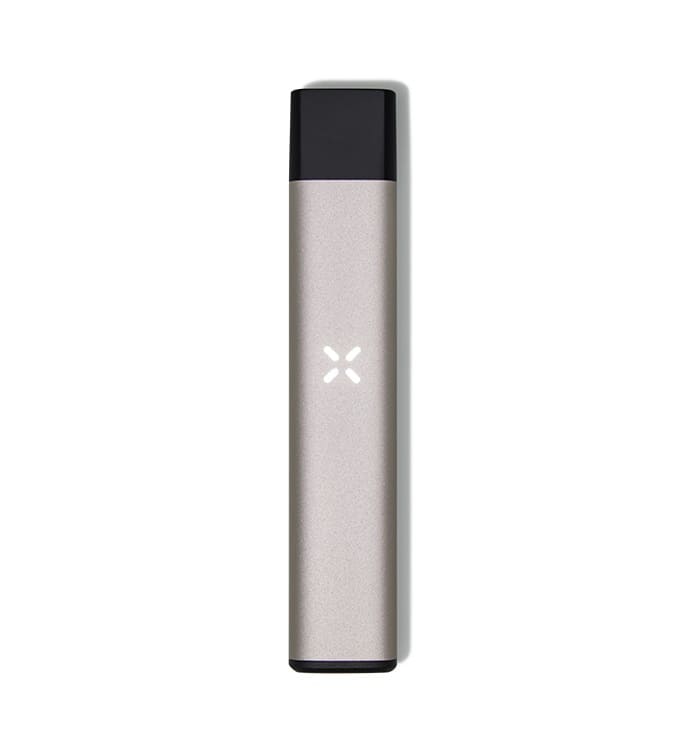 The Pax Era Pro is the advanced version of the basic Era model. The Era Pro features the same easy functionality of the first but adds Bluetooth compatibility so users can access important information about the material inside the pod.

With the Era Pro’s new downloadable app, users can also vape at different temperatures with precision temperature control. They can also access grower-recommended temperature suggestions, as well as checking the lab reports of the concentrates inside each Era pod.

The Pax Era borrows the design of pod-based, liquid nicotine vapes and applies it to concentrates vaping. The Era pairs a tiny, battery component with a capacity of 240mAh and a proprietary pod pre-filled with liquid concentrate.

The pods can hold 0.5g of liquid and use 2mm silica wicks for faster absorption. The pod and battery combined feature four preset temperatures that users can change by shaking the device with the pod removed. There is an LED indicator on the front that shows the current temperature and battery level. 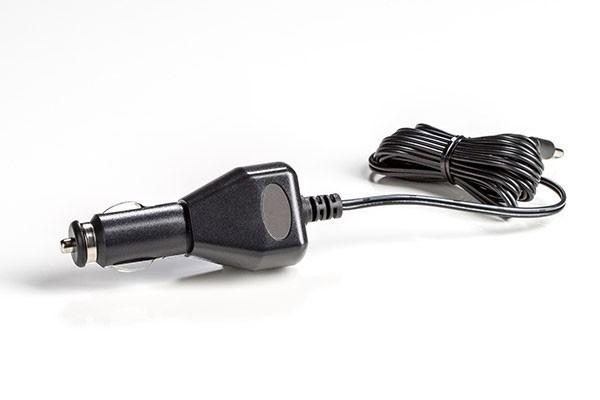 The company also offers high-quality accessories to pair with your Pax device (mostly the dry herb devices) that range from the practical to the whimsical.

Find such accessories as the half-pack lid and concentrates inserts for both the 2 and the 3, which come in Deluxe versions of the kit. There are also an array of cleaning and maintenance products that users can get to keep their unit in good working condition.

Users can find cleaning kits, all-purpose tools made especially for use with Pax units, as well as replacement charging stations for their devices.

The Pax brand dominates cannabis vaping. Since 2017, when Pax Labs split from sister brand Juul Labs, the company has put out two devices – the Pax 3 (dry herbs vaporizer) and the Pax Era (concentrates) – that have set the standard for what cannabis vaporization looks like in 2020. The iconic Pax dry herb device has maintained its status as a high-end vaporizer ever since its release in 2012.

Now, as then, the Pax 3 keeps the minimalist, low-profile look and format of the original, while introducing next-generation features like Bluetooth connectivity, a higher battery capacity, dual-use functioning (herb and concentrates) and two mouthpiece options. The Pax Era extended the brand’s reach to the concentrates market with its remarkable portability and ease-of-use, thanks to its air-activated battery.

An In-Depth Look at Pax

The Pax Labs brand formed together with Juul Labs in 2012, when it was originally called Ploom. The Ploom device was a slim, pen-like vaporizer for nicotine e-liquid, while the dry herb device was christened Pax, and had the same featureless form factor that its forebears continue with it.

It was a single, solid piece of aluminum alloy outfitted with the hidden mouthpiece and removable, bottom-loading chamber. And it was meant for tobacco vaporization, not alternative materials. The original Pax was meant for tobacco users, but it quickly caught on with aromatherapy enthusiasts instead, which turned the company in a new direction.
This market shift is what also led the company to develop a device that did not vaporize raw tobacco leaf, but liquid nicotine in a pod form, which later became Juul. The original Pax used precision temperature settings, but instead of sacrificing its iconic exterior design with an eyesore of a screen, the temperature was adjusted via the same four-petal icon in the center.

The oven was stainless steel – a design choice that continues to this day – and the mouthpiece was raised, which the company would add only as an optional mouthpiece on later models. In 2015, the company released the Pax 2, which reduced the overall size of the original, took out some of the moving parts, enlarged the chamber, as well as the battery capacity.

The Next Level of Pax Evolution

The Pax 2 quickly vaulted to the top of every serious herb enthusiast’s wish-list and became the hottest thing to ever hit the emerging cannabis vaporization industry. Until the Pax 3 came out in 2016. Even though it was released over four years ago, the Pax 3 continues to influence the new class of cannabis vaporizers.

The Pax 3 introduced an even smaller chassis, a larger chamber, and, most importantly, introduced Bluetooth connectivity; a feature other brands have since copied and has now become almost standard for high-end devices. The Pax 3 also introduced the pairing of a vaporizer with an expansive app that gave users access to added features like full temperature control and even a games feature.

The latest addition to the Pax line-up in the Pax Era, which is a recognition of cannabis concentrates becoming the user’s preferred method for recreational use. The Era copies a lot of the simple functioning of its cousin, the Juul. It uses pre-filled pods (pre-filled with high-quality liquid concentrates from authorized fillers) and a compatible, air-activated battery.

The Pax 3 came with Bluetooth availability and the company developed an app to give users greater control over the unit’s functions. The Pax app allowed users to adjust their temperature to a precise setting, as well as the ability to customize a vaping session focussed on vapor production or flavor quality.

The app was widely available for both iOS and Android until Apple removed it from the App Store in 2019. If iPhone users installed the app before it was removed, they can still use it, but new Pax users with iOs cannot access the app any longer. The ban does not affect Android users. Without the app, iPhone users can still access the unit’s four temperature settings via the central touch-button.

The Era and Era Pro also comes with their customer protections. Users can expect to get a one-year warranty for both devices, while the pods themselves fall under the purview of the fillers who use them. The warranties cover any damage not user-inflicted that occurs with the normal use and functioning of the device. Users should read their warranty agreement to see what it covers.

What Do Users Think?

Pax users are, in general, happy with their devices. They often praise the device’s simple functioning, advanced vapor production abilities, and its high-tech features like Bluetooth. The Pax also has detractors. Some do not like the bottom-loading chamber, the amount of cleaning and maintenance it requires, as well as the ever-present issue of its high-cost compared to other devices.

The Pax is not the only vaporizer out there and it is an investment for anyone who is thinking about getting it. But it does have a durable build – some people are still in love with, and use the original model – and with the ten-year limited warranty, a new device could last for a very long time without losing its high-performance abilities.

Davinci is a brand that came up almost at the same time as Pax. The first Davinci vaporizer was the original Davinci that used a front-facing LED for precision temperature control, as well as a ceramic bowl for use with herbs and concentrates.

The newer Davinci devices have included the Ascent, the IQ, the MicroQ, and the new IQ2. Davinci has followed the Pax path in some ways, like the featureless, clean exteriors, and Bluetooth connectivity. But the company has also done things like using a different material chamber – ceramic zirconia – as well as having a removable vapor path for easy cleaning.

Another brand that came out around the same time, Grenco Science has a line of portable, hand-held devices that focus on both herbs and concentrates. The G-Pen Pro and Elite were two models that featured top-loading, all-ceramic chambers.

The former used only preset temperatures while the latter had a small OLED for precision temperature control. The brand has also come out with a pen-style device for concentrates-only, the Nova. While they also released a brand-new, portable/stationary hybrid for concentrates, the G-Pen Roam, and the G-Pen Connect, that also handles only concentrates.

A regular competitor of the Pax, the Firefly brand also emerged at the same time as the preceding brands.

The Firefly also went through several iterations with the latest version, the Firefly 2+ only came out a few months ago. What distinguishes the Firefly device from others is that it is an on-demand vaporizer, so users can take an inhale whenever they want without having to wait for it to heat. This style of vaporization is difficult to achieve, which is why the new Firefly 2 has even surpassed the Pax’s functioning and capabilities.

The Firefly 2 has a touch-sensors that activate the heating element for on-demand, convection-style vapor production. The device has a touch-sensitive mouthpiece, as well as an all-borosilicate glass vapor path for incredible flavor quality.

Have you ever used a Pax device? What were your thoughts? How does it compare to other devices? Let us know your thoughts in the comments section.

Pax Labs has cemented itself in vaping history. The brand will survive on the strength of its one device, much like its sister brand, the Juul. The Pax was and continues to be, a perfect melding of design ingenuity along with powerful performance that was originally applied to loose-leaf tobacco but found its home with dry herb enthusiasts.

The brand has since expanded its innovative vision to concentrates with the Era, which is like the Juul, just for a different material. The company does not currently have any plans for a fourth version of its award-winning device, but who knows what the future holds, even for the brand that brought the future to cannabis vaporization.